News & Events » Environmental Law Alert Blog » What’s your vision for Canada’s ocean in 2020?
Back to top 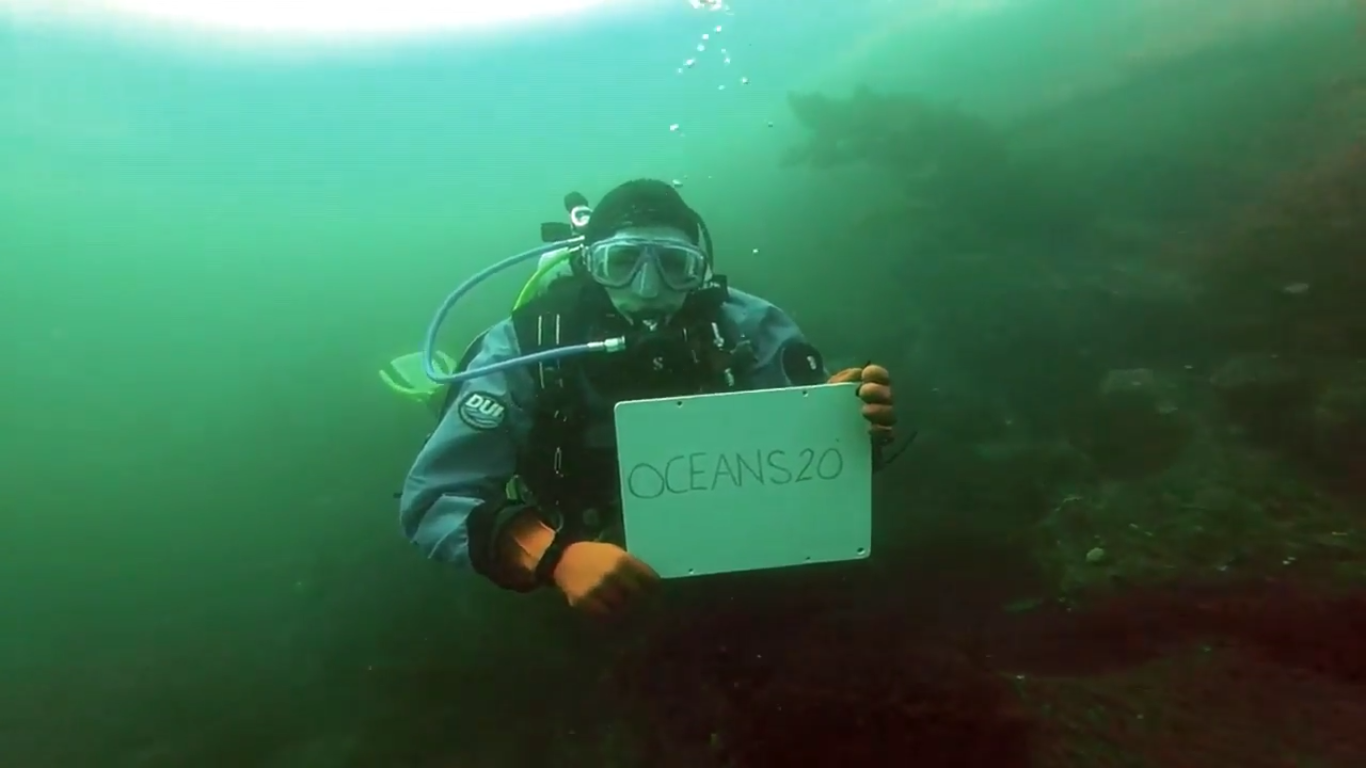 Oceans Day 2017 is approaching, and like many Canadians, we think it’s the perfect time of year to celebrate the seas. To pump up the excitement for West Coast’s marine program and for Oceans Day this year, we’re launching our #Oceans20 initiative.

We chose the name “Oceans20” for a few reasons:

(Plus, the movie “Ocean’s 8” debuts this June – the latest in the heist film series that has captivated viewers for years. Picture our federal Environment, Fisheries and Transport Ministers at the Cabinet table with the Prime Minister planning ocean law reforms - equally cool, right?)

Canada has committed to protecting 10% of our oceans by 2020. Right now we’ve only protected 1%. We have a long way to go to reach our goal, and now is the time to ramp up marine protection to safeguard the oceans and coasts we rely on.

West Coast is working with federal, provincial and Indigenous governments – as well as environmental organizations and scientists – to develop solutions to improve ocean protection through law. Governments are listening to some of our innovative ideas about how the Oceans Act can be used to speed up the creation of marine protected areas (MPAs) so we can meet our 10% target. Read what the MPs on the Environment Committee proposed for today to support great protected areas tomorrow.

If you live in BC, you know that our identity depends on the sea. We want to hear from you about your vision for the oceans in 2020.

Join us by sharing a short video clip of yourself, your family and friends answering this question: “What is your vision for Canada’s oceans and coasts in 2020?”

Submit your videos via social media for a chance to win an incredible photo book, Oceans: Heart of our Blue Planet, featuring images from renowned National Geographic photographers Cristina Mittermeier and Paul Nicklen of SeaLegacy!

We’re already getting started – check out West Coast’s video to see what our team members and friends have to say.

Here at West Coast, our vision for the ocean is vast, and includes:

MPAs should have minimum standards of protection. See the new brief that we recently presented to the Standing Committee on Fisheries and Oceans in Ottawa for their study on MPAs created under the Oceans Act. The science is clear on the need for these standards. The law should be equally clear, and it can do so by:

On average, it takes seven to ten years to create an individual MPA under the Oceans Act. This is much too slow to effectively protect marine ecosystems from growing pressures. It doesn’t have to be this way. To see how quick other countries can be, take a look at our timeline, which compares Canada to other countries that have made great strides in marine protection after passing a new law or amending an existing law.

The results are quite startling. In 20 years, Canada has protected less than 1% of the ocean under the Oceans Act. Contrast this to progress in the United Kingdom, where in the seven years since the Marine and Coastal Access Act was passed in 2009, MPAs have grown from 6% to over 20% of UK waters – and there is more to come. In the next year the UK government will legally designate another group of MPAs. In less than half the time we've been at it, the UK’s progress in creating MPAs has far outstripped Canada. We need our marine protection laws to establish timelines, milestones and key deliverables to facilitate more efficient establishment of MPAs.

Many people may not know our illustrious history in oceans law. Canada took a lead role in drafting the constitution for the oceans, the UN Convention on the Law of the Sea. Canada boldly passed the Arctic Waters Pollution Prevention Act in 1970 to safeguard Arctic waters. Former Prime Minister Brian Mulroney was the first world leader to sign the Convention on Biological Diversity in 1992, one of the foundations for our legal obligation to create protected areas on land and at sea. At the time the Oceans Act was passed in the late 1990s, it was groundbreaking legislation dealing with oceans in a holistic manner. Unfortunately, that leadership role has diminished over the years due to Canada’s slow implementation of the Act.

(To learn more about the evolution of legal provisions and targets for ocean protection in Canada, check out this chart.)

Now is the time for Canada to regain its leadership role in ocean law and ocean protection. It’s time to make good on the promise of the 20-year-old Oceans Act by strengthening it and making it more robust and effective. And it’s time to implement effective marine protected areas for our salmon and cod nurseries, our whale-breeding grounds, and our 9,000-year-old glass sponge reefs, among other ocean wonders.

If we take these important steps now, we can ensure that all three of our oceans are healthy – and that they remain that way for future generations.

From the dwindling BC orcas here on the south coast, to the resurgent humpback and fin whales up north, to sea otters and seals everywhere – we have a close connection to the sea’s creatures. And there’s so much more: kelp forests, octopus, wild Pacific salmon, oolichan and many more unique species.

They are all part of our vision for 2020.What about yours?

Tell us your vision for the ocean in 2020, and we’ll feature it on our channels. (Bonus points if you make it as exciting as an Ocean’s Eight or Eleven film.) 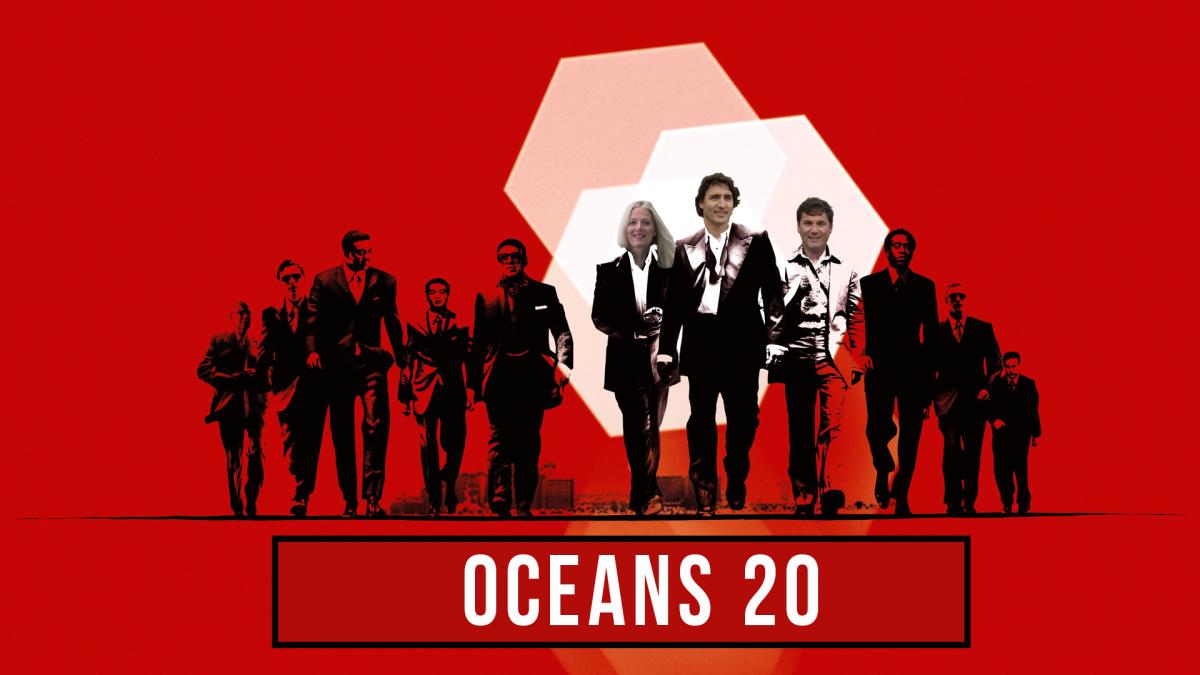