#BCElxn2017 is good news for the environment 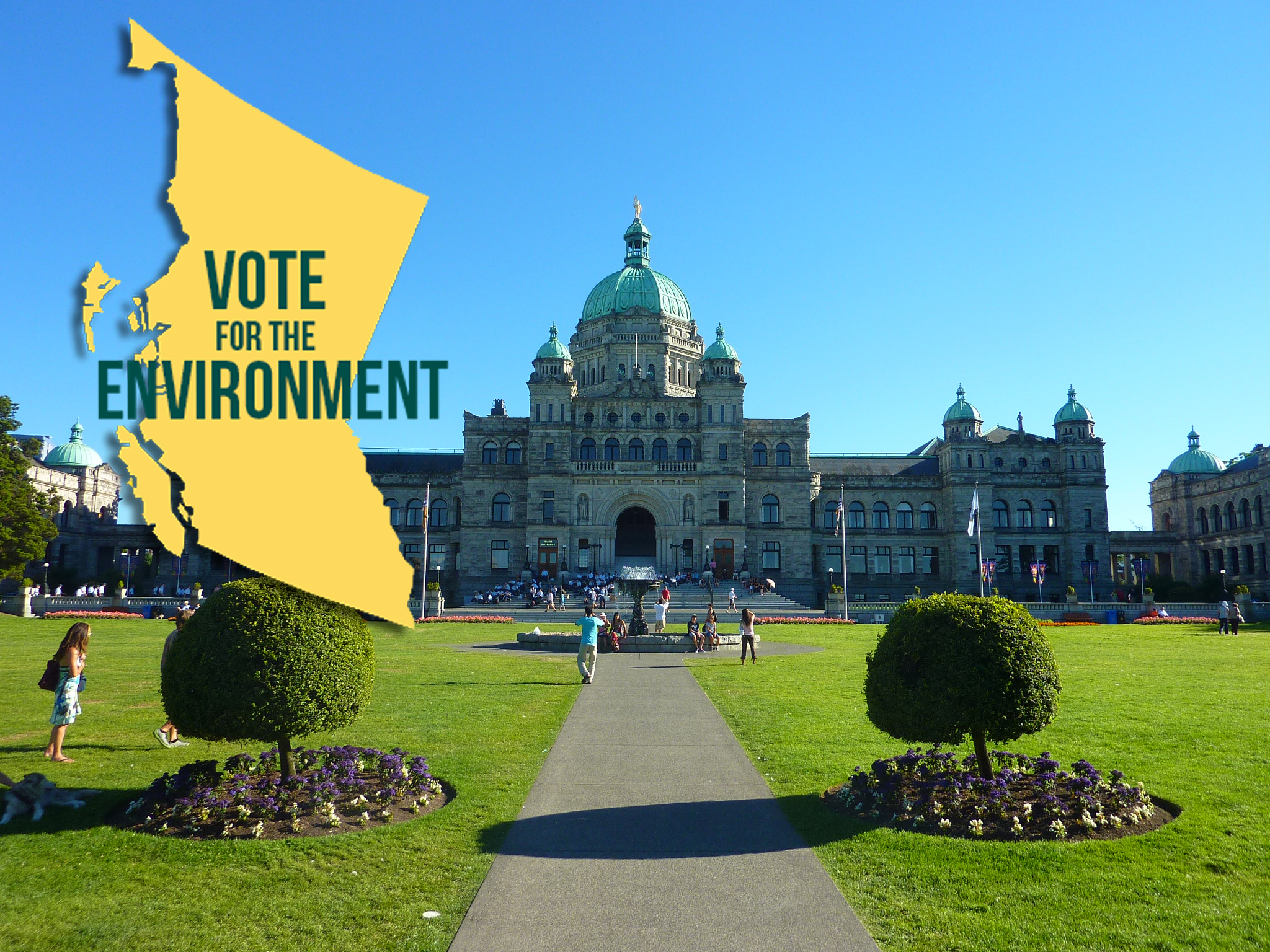 Yawn.  Late last night, I watched the election results come in during a nail-biter of an election, and tried (eventually successfully) to get my 11-year old daughter – an ardent Green Party supporter – to go to sleep.

And today we still don’t know precisely how the election results will unfold.  As I write this, the results stand at 43 (Liberals), 41 (NDP) and 3 (Green) – a minority government situation that BC has not seen since 1952. However, the final tally won’t be known until round about May 24th, when the last absentee ballots are expected to be counted (and maybe even later).

There will be a lot of discussion for weeks, maybe months, about who won this election (and who lost), but regardless of which party won, I think we can say that the environment is a big winner, for at least three reasons.

Did the NDP’s opposition to the Kinder Morgan pipeline help them win swing ridings in Burnaby? Conversely, did the Liberal support for the project hurt it there, or perhaps help it elsewhere in BC?

Was the Green Party’s clear opposition to LNG a factor in its break-through wins in Saanich North and Cowichan?

What about the BC Liberals’ surprise promise to introduce a carbon levy on thermal coal exports as a measure to fight climate change?

How about the high profile environmentalist endorsements of the BC Greens (David Suzuki) and the BC NDP (Tzeporah Berman)?

Who knows – but the point is that these issues and endorsements were debated and discussed, and the parties had to take positions on them. Certainly the NDP and Greens both put forward well-articulated environmental platforms, while the BC Liberals’ platform included a number of prominent environmental commitments.

2) The influence of the Greens

Although the BC Greens are at pains not to let themselves be characterized as  a “one issue party,” there is no doubt that the environment has a special place in the party’s identity. And now with three seats in the Legislature, their voice on those issues will grow.

That changes the political landscape, raising the profile of environmental issues in provincial politics. The other parties – especially the NDP (who see themselves as competing with the Greens for progressive votes), but the Liberals as well – will need to respond.   As one commentator said:

This is not to suggest that the Green environmental platform is better than another party’s or that environmentalists should vote Green (that’s for each of you to decide).  But what it does mean is that the rise of the Greens almost certainly expands the public space for discussion about environmental issues. And it means that all parties in the Legislature are likely to want to demonstrate their environmental credentials when possible.

Indeed, Premier Clark has already publicly commented on the fact that the public has “elected a really significant Green presence… so I intend to listen to that.”

3) Possibility of a minority government

Assuming that the initial election results survive recounts, we’re looking at a minority government, with the BC Greens effectively holding the balance of power.  This could play out in various ways, but with both the NDP and the Greens running on relatively comprehensive environmental platforms – as well as on promises to ban corporate and union donations and reform the electoral system – it seems likely that the environment could benefit.

If, after all absentee ballots are counted, the BC Liberals or the BC NDP manage to claim a majority, it will be the narrowest of majorities – requiring the governing party to keep all of its MLAs happy.  The opposition parties will be watching the government closely, and both the Greens and the NDP will likely see value in being seen as environmental champions.

In this context, could an environmental issue become a political wedge? In any case, we suggest that the government will need to be responsive to community concerns and may be unlikely to take controversial steps to weaken environmental protections.

Moving forward with our non-partisan commitment to environmental protection

I know that not everyone will be happy with the result of the election.  The BC Liberals, while still holding the largest number of seats and hoping for a majority, have been greatly reduced.  The BC NDP, despite a much-improved seat count, might well argue that the BC Greens’ vote-splitting cost them an NDP majority that would have been better for the environment. The BC Greens … well, actually I’m going to assume that most BC Green supporters are pretty happy at present, even if their seat count does not reflect their share of the popular vote.

West Coast Environmental Law is a non-partisan organization, and for over 40 years we have worked with whichever parties have taken office – when they were willing to work with us – to strengthen protection for the environment.  This post is not intended to suggest that one party or another cares about the environment and another does not – or to judge tactics used in the election.  Rather, what I am trying to say is that these election results create possible new momentum for working to advance environmental protection in BC. And that’s the new political context that we’re going to work within.

What do you think?

At times the BC Election became quite vicious, with name-calling and mud-slinging between the Liberals, Greens and NDP.  Now that the people have decided, we all need to work with whatever government emerges, to defend our natural environment and our communities.

What do you think? Are you optimistic about what the next four years hold for the environment?  Are you happy with the results?  How were environmental issues were handled in the election?

We look forward to hearing your views.