Blue carbon: How the coast can help us mitigate and adapt to climate change | West Coast Environmental Law

News & Events » Environmental Law Alert Blog » Blue carbon: How the coast can help us mitigate and adapt to climate change
Back to top

Blue carbon: How the coast can help us mitigate and adapt to climate change 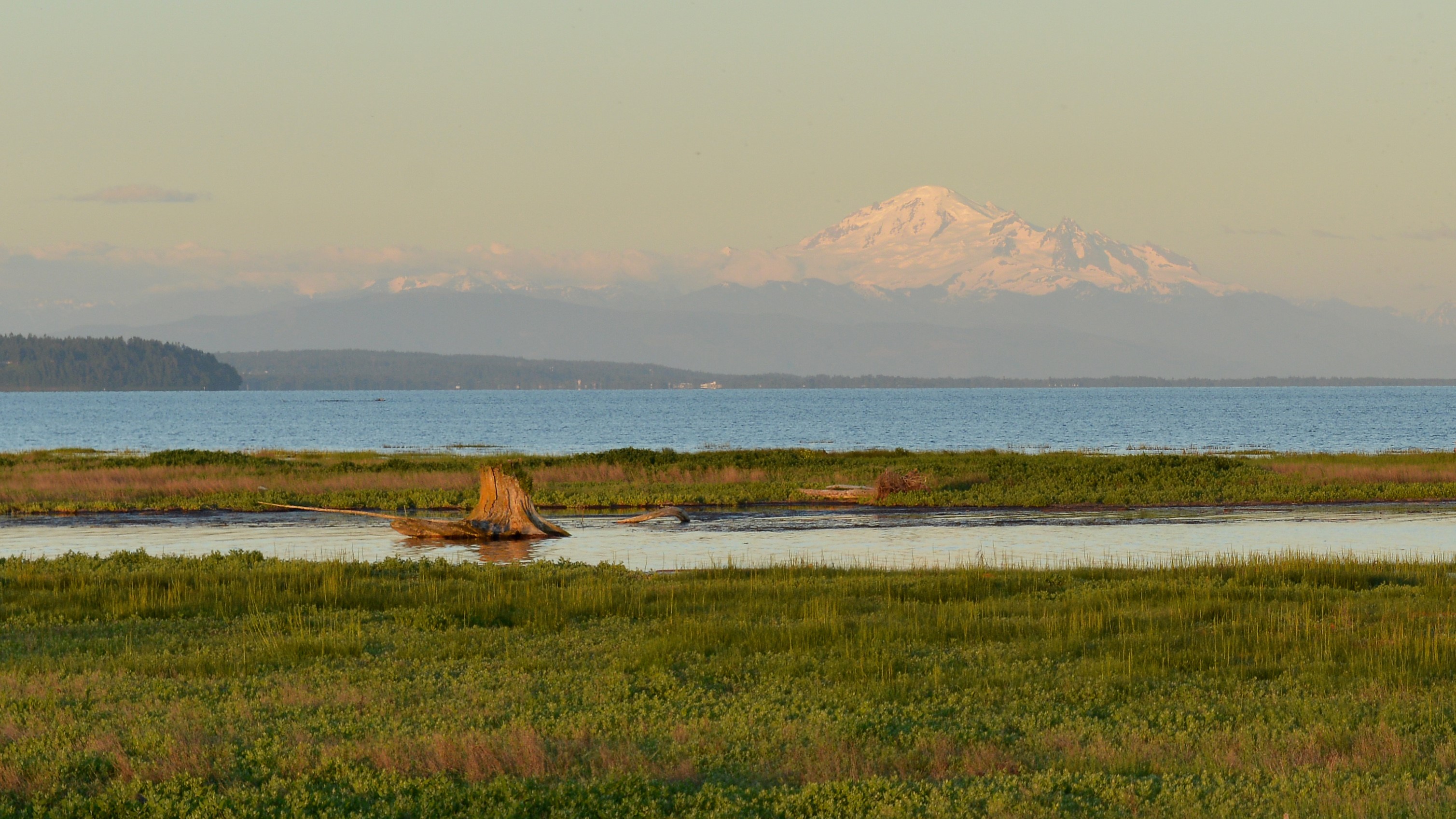 When you walk along an ocean shoreline, it’s a feast for the senses – waves crashing, birds swooping and calling, the taste of salt in the air, vividly coloured sea plants and creatures washing up in the swell of the waves. It’s easy to see that the coast is a place rich in life and biodiversity.

But there’s more beyond what our senses can easily perceive. Thanks to scientists around the world, including right here in BC at Simon Fraser University, we’re learning that coastal vegetation – like salt marshes, sea grasses and mangroves – is also busily storing carbon.

West Coast has teamed up with SFU researcher Maija Gailis to find out more about this “blue carbon.” As we’ve learned, this research is not only significant for local greenhouse gas reduction efforts in coastal communities, but for helping us understand how salt marshes and other coastal vegetation grow and thrive over long periods of time. This can help us plan to ensure that these coastal ecosystems recover and persist into the future.

So what is blue carbon?

Blue carbon refers to the carbon that is stored in marine and coastal ecosystems. Coastal ecosystems (salt marshes, seagrass beds, and mangroves) in particular are highly efficient at storing carbon dioxide from the atmosphere by trapping and burying organic matter in their soils.

Where is ‘coastal’ blue carbon found?

There are three types of coastal ecosystems that researchers have found to have blue carbon potential: 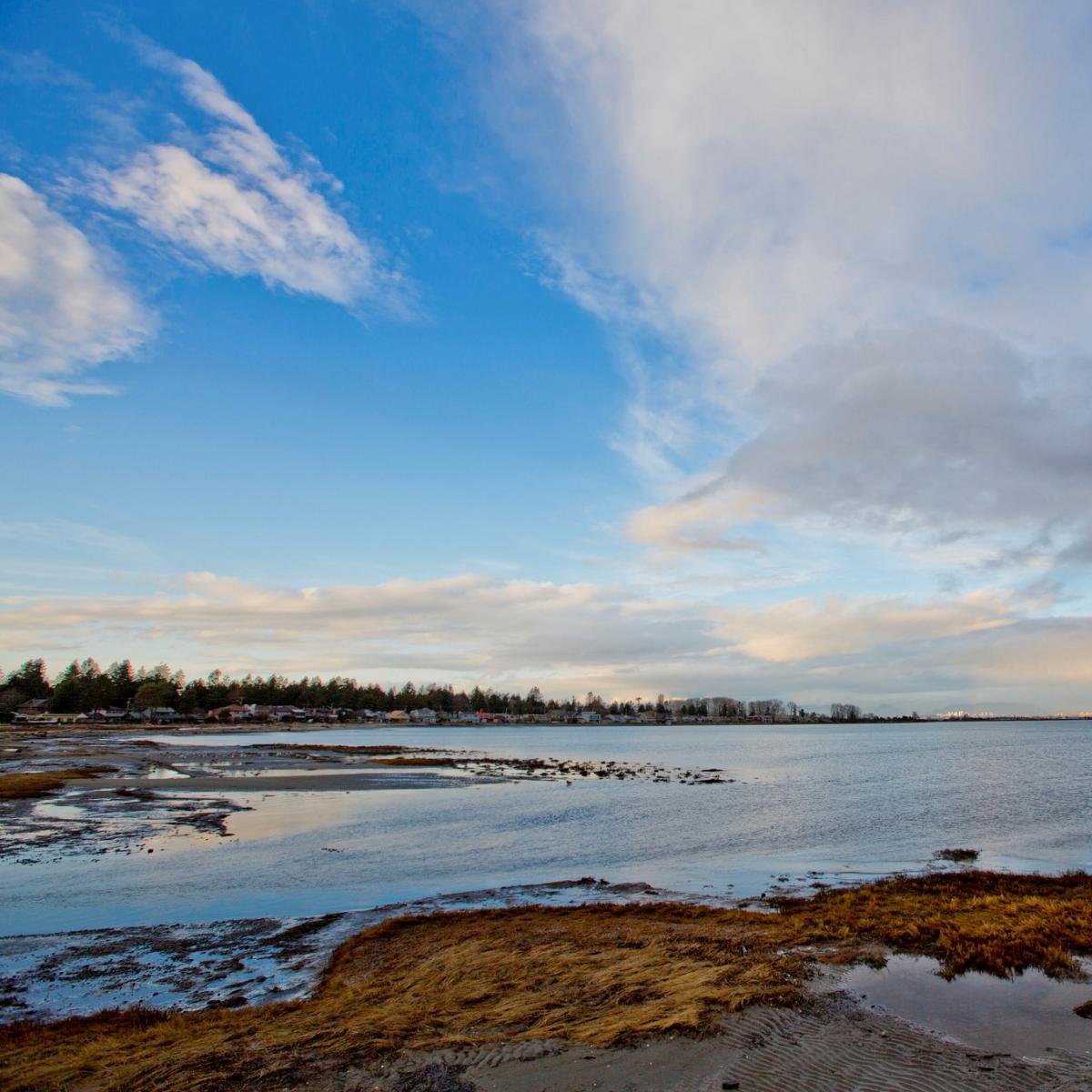 Salt marsh at Boundary Bay, BC (Photo: GoToVan via Flickr) 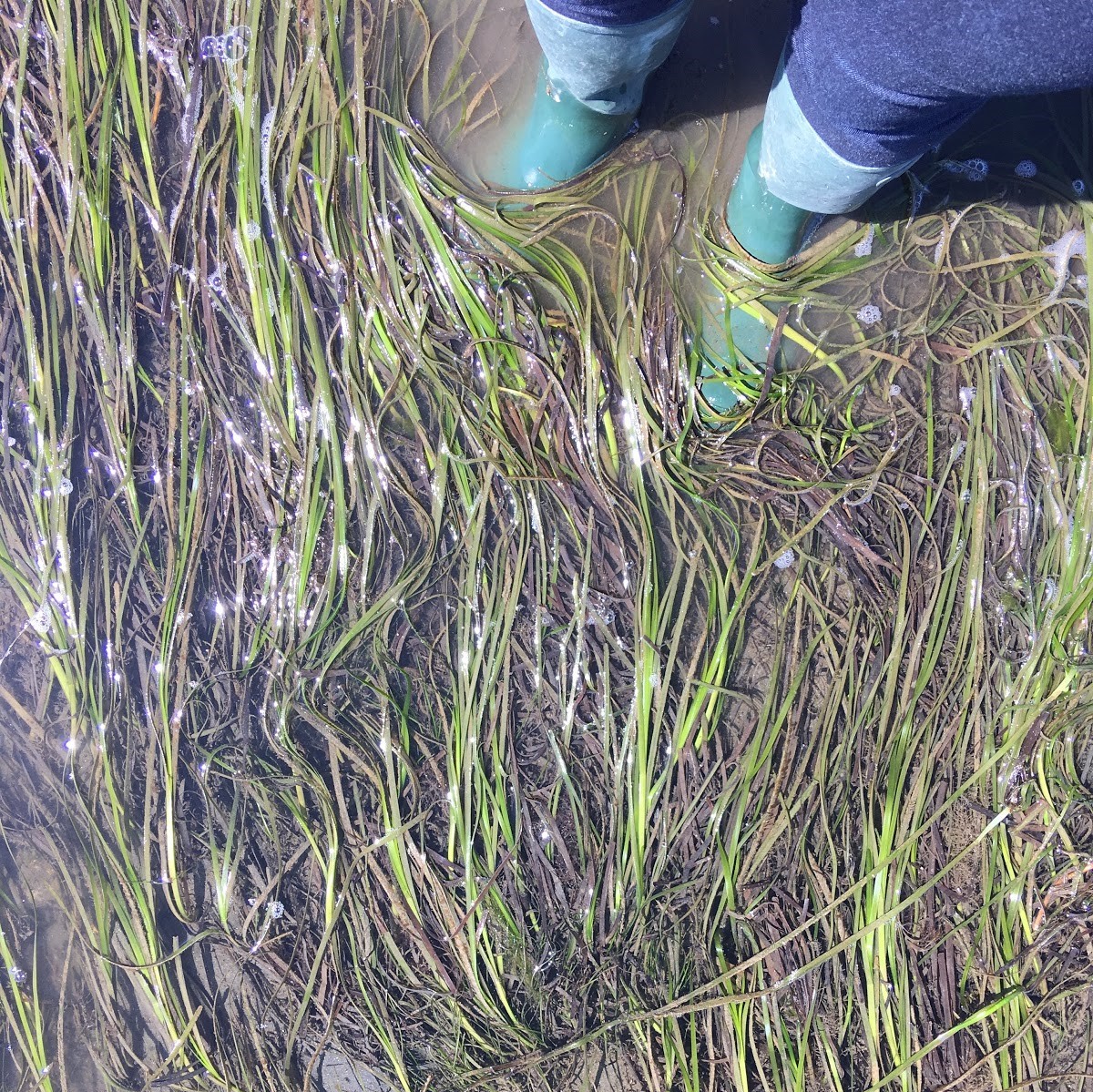 3. Mangroves
(These ecosystems are not found in British Columbia, but are very important blue carbon storehouses in the tropics) 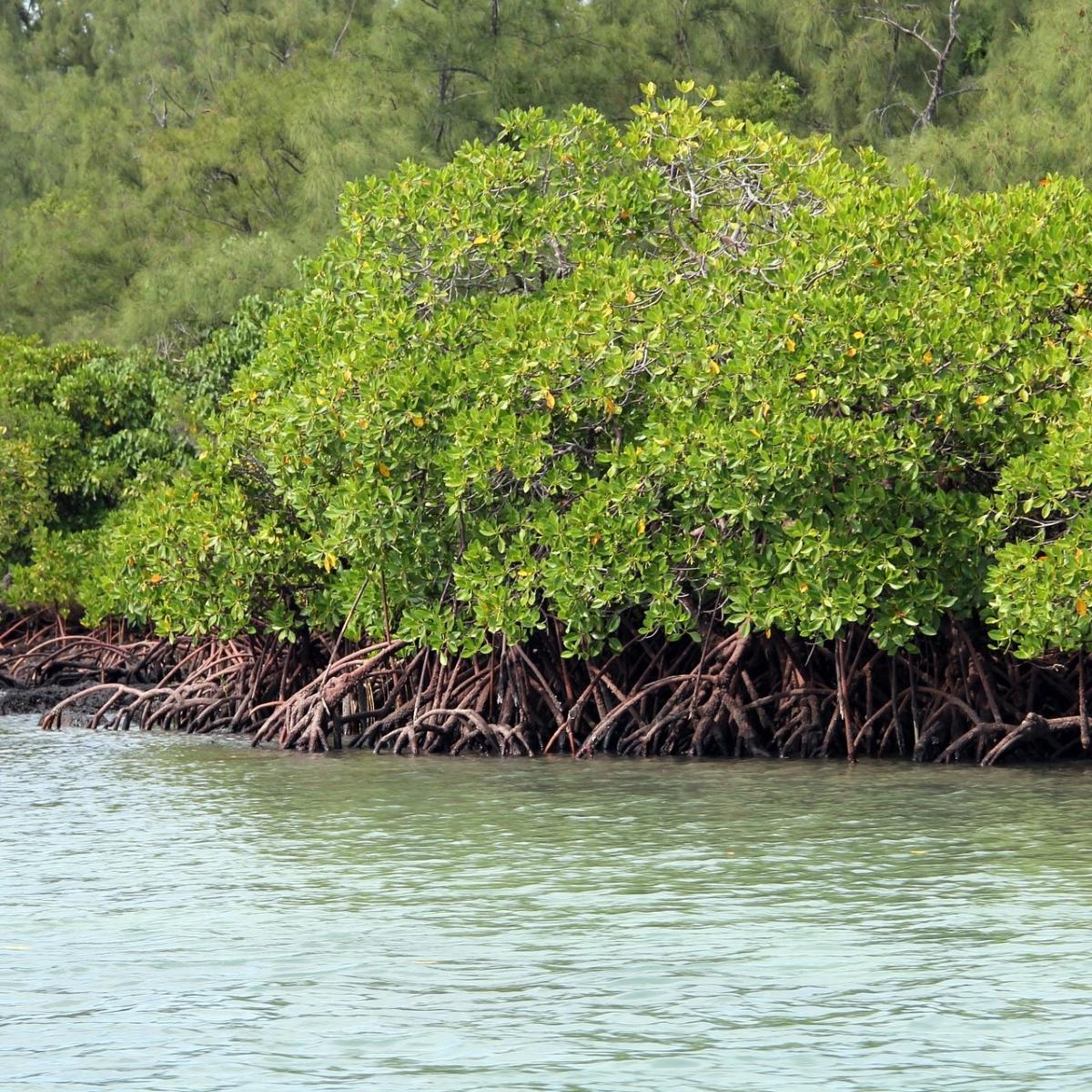 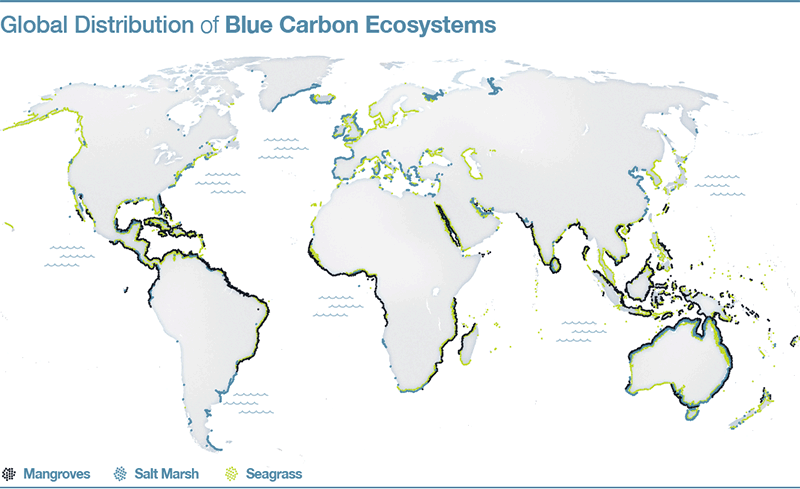 In places where these coastal ecosystems and the carbon stored in their soils are protected and restored, they can continue to capture and store carbon for hundreds of years or more.

But where mangroves, marshes and seagrass ecosystems are lost to development, or degraded by erosion, for example, the carbon that has been stored in the soils is released back into the atmosphere. The carbon released to the atmosphere from the loss of all three types of coastal vegetated ecosystems has been estimated at a whopping 100 million to 1 billion tonnes of carbon per year.

In the case of salt marshes it is estimated that globally 50% of all salt marshes have been destroyed, and we continue to lose 1-2% every year. In the Lower Mainland of British Columbia it is even worse. We have lost an estimated 85% of the salt marsh habitat that existed back in 1860. Salt marshes that remain are heavily disturbed by human activities such as development and diking, and subject to pollution. Over the past 100 years of colonialism, Canadian law has offered very little protection for coastal ecosystems in the face of human pressures.

Sea level rise creates further challenges for coastal ecosystems. Although these ecosystems naturally grow in size continuously due to sediment and carbon capture, they may not be accumulating sediment and growing fast enough to keep up with sea level rise. Elevation is key for coastal vegetation: a salt marsh, for example, cannot survive if it is continuously submerged. Where possible, coastal ecosystems will migrate landward as sea levels rise, but this won’t be possible where there are dikes or natural barriers such as cliffs.

Coastal ecosystems working for us

Storing carbon is only one of a bundle of important services that coastal ecosystems provide. These include:

Blue carbon research can support ecosystem-based management for our coasts

Although 3.35 million British Columbians live along the coast, many of us know little about the salt marshes and other coastal ecosystems just offshore. Provincial and federal decision-making, where it considers impacts on these ecosystems, tends to focus on particular projects and sites, without considering overall ecosystem health.

For their part, blue carbon researchers are looking very closely at soil composition at the microscopic and sub-microscopic level, and monitoring the flux of carbon dioxide and other greenhouse gases to see how effective these areas are at capturing and storing carbon. They are also interested in the size and extent of coastal ecosystems, the rates at which they have expanded or decreased over time, and the processes that might influence this growth or contraction.

This work can help inform policy development aimed at managing and restoring habitat, and protecting wildlife species. It can also help us evaluate opportunities to work with coastal ecosystems, like salt marshes, to protect nearby communities from flooding, by increasing understanding of what is needed for these ecosystems to persist in the face of a changing climate.

Other work supported by West Coast has suggested that there are opportunities in Boundary Bay and elsewhere on the South Coast to support the expansion of salt marsh, increase its resilience to climate change, and benefit from its flood regulation services. Importantly, by taking an ecosystem perspective, we can consider what coastal ecosystems need in order to thrive and persist, and start to make informed decisions that respect natural limits.

As part of Maija’s research project, we will be working together along with other blue carbon and coastal experts to develop technical and policy documents that provide useful inputs for policymakers and planners, as well as identifying knowledge gaps and opportunities for further research.

West Coast environmental Law is collaborating with graduate student Maija Gailis in the Resource and Environmental Management program at Simon Fraser University. Her research will be providing new data on the carbon storage capacity of the salt marsh found in Boundary Bay, Delta, BC, to help organizations and governments make evidence-based policy decisions.

Research objectives are to:

The Boundary Bay salt marsh in Delta, BC, is the largest salt marsh in the Lower Mainland. This salt marsh has already been recognized as an important ecosystem for its critical habitat, biodiversity, and recreational benefits. Due to the size of the marsh, it has the potential to be the most important blue carbon ecosystem in the region.

This data on the Boundary Bay salt marsh will provide policy-relevant carbon estimates for municipalities (Delta and Surrey) and the BC government. If carbon services can be accurately measured when assessing a coastal ecosystem, then these services may be introduced as an added benefit when decision-makers consider plans for managing or preserving the ecosystem.