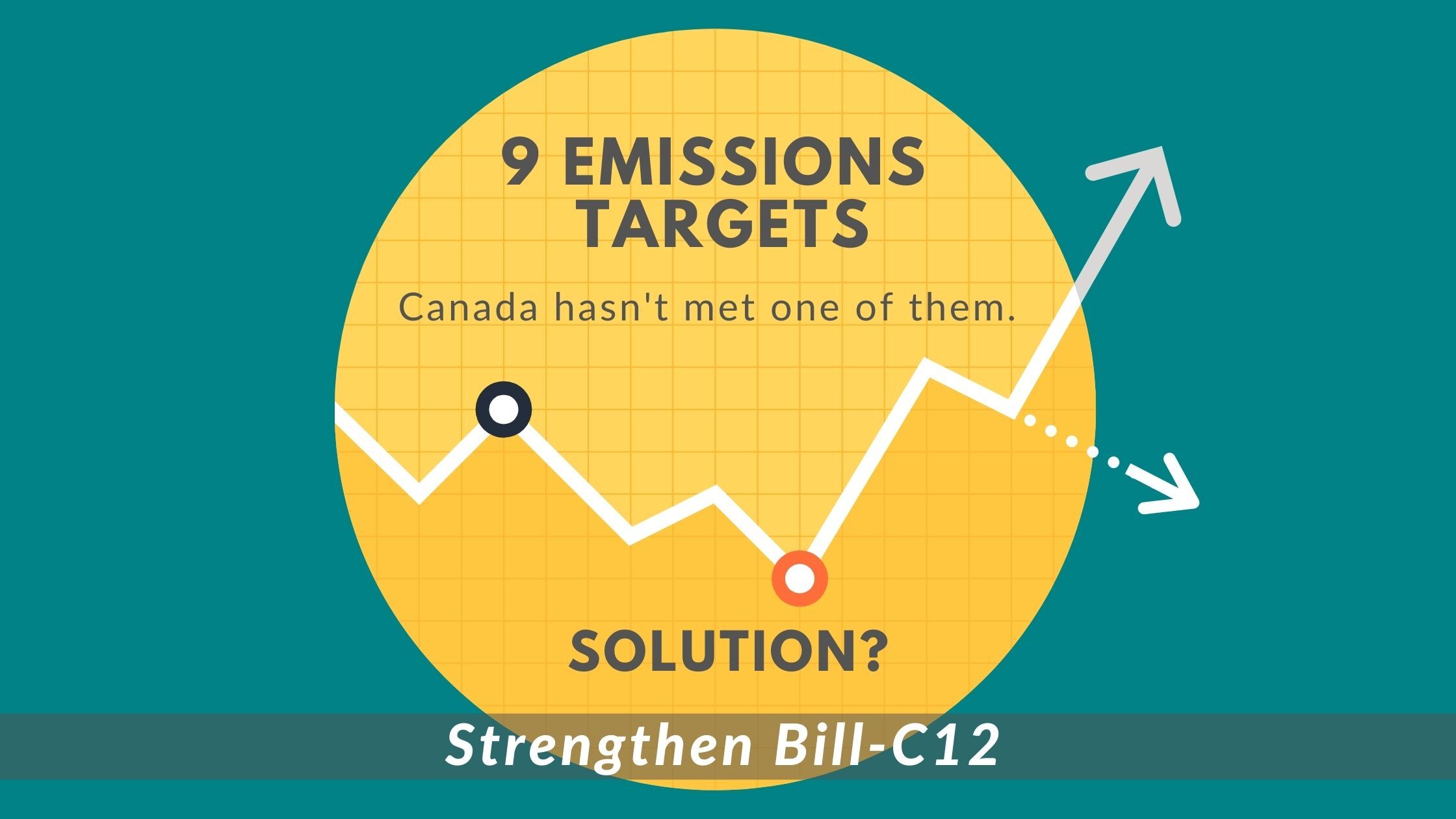 In November 2020, the federal government introduced new legislation to help ensure that Canada meets its goal of net-zero greenhouse gas emissions by the year 2050. The Canadian Net-Zero Emissions Accountability Act (Bill C-12) has been stuck in Parliament for months, but it is now before the Standing Committee on Environment and Sustainable Development – a crucial phase for amending and improving the bill.

Canada desperately needs a strong, robust climate law to ensure that we fulfill our climate commitments and do our fair share to keep global warming below 1.5°C. As it stands, Canada has missed every climate target it has set – and it’s well beyond time to break that trend.

While Bill C-12 is a tentative step in the right direction, it is too weak in its current form. For example, the legislation currently has no target or accountability built in before 2030, and it only requires plans to be set five years in advance after that. The Bill is also lacking in accountability: currently, there’s no clear legal requirement for the Environment Minister to actually meet Canada’s climate targets, or even to demonstrate how the measures included in climate plans will add up to the emissions reductions needed to meet those targets.

Fortunately, with the right amendments, Bill C-12 can be strengthened into a climate accountability law that Canadians can be proud of.

In our 2020 report, A New Canadian Climate Accountability Act: Building the legal foundation to achieve net-zero emissions by 2050, West Coast and our partners outlined five key pillars of a strong climate accountability law for Canada.

With these five pillars in mind, here are some of the most important amendments we’re hoping to see in order to strengthen Bill C-12 and ensure that Canada becomes a leader in the fight against climate change.

1. Early and ambitious action – because we cannot afford to delay climate action any longer.

3. Credible, effective plans and reports – because achieving climate goals requires transparent plans that demonstrate how targets will be met, and regular reporting on progress.

4. Accountability – because achieving real climate action can be politically challenging, climate accountability laws work when they require decision-makers to put long-term economic and planetary health ahead of short-term goals and party politics.

5. Science and expert advice – because climate change and its implications can be complicated, and Canadians need to trust that decisions are being made on the basis of best available science and evidence, not on the basis of political trade-offs.

For more detail on our recommendations for fixing Bill C-12, see our submission to the Standing Committee on Environment and Sustainability.

This week, expert witnesses – including West Coast Staff Lawyer Andrew Gage – are presenting recommendations before the Parliamentary committee reviewing Bill C-12. West Coast and our partners will be advocating for these important fixes to be incorporated into the legislation, in order for the bill to deliver on its promise of meaningful climate action.

You can take action in support of a strong climate law, too. Use the form below to send a letter to federal Ministers and members of the Standing Committee on Environment and Sustainability, urging them to make the amendments required to turn Bill C-12 into a world-class climate law.

[UPDATE: This action tool has now been closed, following the passing of Bill C-12]