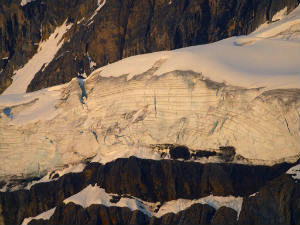 The Nobel Prize winning Intergovernmental Panel on Climate Change (IPCC) has released the first of 4 reports that make up its 5th Assessment Report.  This first report documents the scientific consensus related to rising global temperatures, confirming that humans are “extremely”, or 95%, likely to be causing climate change.  Not surprisingly, climate deniers have been out in force, cherry picking pieces of the report to cast doubt on this 95% figure.

Chris Clayton of DTN has a piece about the IPCC’s use of the 95% likelihood figure, and how that has been used by climate change deniers:

Adverbs fill the report, particularly "likely," "very likely" and "extremely likely." Adverbs create uncertainty when we hear or read them. For the scientists, though, the adverbs are shorthand "to indicate an assessed likelihood of an outcome or result." If a statement is "virtually certain," there's a 99-100 probability of the cause or outcome. If something is "extremely likely", then it's at 95% certain. "Very likely" is a 90% probability and "likely" is at least a 66% probability. …

Some people [such as the Heartland Institute in its recent report] are going to continue to hang their arguments on the 5% uncertainty. … To offer an analogy, the IPCC report is like telling a guy who builds his home next to the Missouri River that he should insure against the risk of a flood because there's a 95% likelihood that the house would end up underwater during the life of the loan. Heartland and others counter the risk with, "So you are telling me that there's a chance ..."

Seth Borenstein reports that this “extremely likely” standard is similar to the level of certainty that scientists have that cigarette smoking causes cancer.

Certainty in the law

Scientists have one way of talking about certainty.  Lawyers and the law have another.

We’ve written in recent months about the possibility of climate change victims suing large-scale GHG emitters.  Although the challenges facing such a lawsuit in Canadian law are formidable, the high level of scientific certainty about climate change, and the increasing ability of scientists to tie particular damages to climate change, are a key reason that we believe that such lawsuits will emerge.

In the law, there are two main standards of legal proof:

Although not always recognized in Canadian law, there is also the “precautionary principle” – which holds that action aimed at protecting the environment may be taken even before there is full scientific proof of a risk.  But for the moment, let’s consider what we know about climate change, and whether it can be proved at a balance or probabilities or beyond a reasonable doubt level.

As mentioned, a “balance of probabilities” is used in lawsuits to recover damages (civil lawsuits), and means that evidence shows that something is “more likely than not.”  Three years ago, the blog Resource Insights argued that this is the relevant standard of certainty when deciding whether to act on climate change.

A large number of the statements made by the IPCC about climate change and its impacts, at least in the view of the Assessment Report authors, exceed this standard – and by a fairly wide margin (since even “likely” refers to a 66% probability).  For example:

What this means is that the fact that humans cause climate change and that these and other effects are occurring at a global level can be proven at well above a balance of probabilities.  In the context of a civil lawsuit, the courts are very likely to find that climate change is occurring and is human caused.  Indeed, they already have, even before the release of the 5th Assessment Report.  Professor Michael Gerrard recently (in a paper published in August 2013) reviewed all US cases considering climate change, noting:

[I]t appears that (with one lone exception in a dissent) not a single U.S. judge has expressed any skepticism, in a written opinion or dissent, about the science underlying the concern over climate change. To the contrary, the courts have uniformly upheld this science, and in one notable recent opinion a judge has gone so far as to suggest that those who accused a leading climate scientist of fraud may have acted with actual malice by making claims that are "provably false," potentially subjecting them to damages in libel.

The 5th Assessment Report, and the scientific consensus that it represents, makes it still more likely that the courts will continue to find that human caused climate change is occurring, and that it’s having the types of impacts described by the IPCC.

The real evidentiary challenge in climate-related lawsuits is not the general science of climate change, but whether and how it applies to a particular event or location. The types of scientific evidence required, and whether it can meet the balance of probability standard, will depend to a large degree on the facts of a particular case.  But scientists are increasingly able to link particular weather events to climate change:

Beyond a Reasonable Doubt

The “beyond a reasonable doubt” standard of proof arises largely in the criminal law context.  In the short term it’s difficult to think of many situations in which a court would consider climate change as an element of a criminal offence, although in the long term more and more voices, including climate scientist James Hansen, are talking about the criminal implications of causing millions of deaths through climate change.

The courts have for the most part resisted the temptation to assign a percentage to the criminal law standard of “beyond a reasonable doubt”, although David Wheeler has suggested that the 90% proof mandated in the IPCC’s last Assessment Report (AR4 in 2007) would meet that standard:

In U.S. jurisprudence, the standard for conviction in a criminal proceeding is "beyond a reasonable doubt" -- at least 90% certain, in the conventional understanding. … Applying these standards to successive reports by the Intergovernmental Panel on Climate Change (IPCC) yields a chilling conclusion: since 1990, the likelihood of carbon emitters' culpability for damage from climate change has escalated from the range of civil liability (above 50%) to the range of criminal liability (above 90%). …

The writing on the wall is clear: In February, 2007 the world's climate scientists, speaking through the IPCC, elevated the likelihood of human-induced climate change to over 90% -- the prevailing standard for guilt "beyond a reasonable doubt" in US courts. Sooner or later, international or national tort law will respond to this finding.

Whatever the likelihood, and time-frame, of criminal law actions against large-scale GHG emitters, there are growing number of voices are using the phrase to discuss the climate science consensus – not to suggest criminal action needs to be taken, but as a way of explaining what 95% certainty means.  For example, the Canadian Climate Action Network’s Christian Holz, recently used the phrase in discussing why media should not characterize the IPCC’s “extremely likely” as not being certain:

95 per cent certain is very certain. … Certainty is simply a reflection of the intrinsic skepticism of the scientific process and should not undermine our confidence in the report’s findings, which are “clear beyond any reasonable doubt.” Plus, the “uncertainty,” Holz says, if you can call it that, is in the details, rather than the big picture.

Meanwhile, climate scientist Naomi Oreske (whom I recently had the pleasure to meet) uses the concept to illustrate the role of climate scientists in sifting through the available scientific evidence:

[M]any Americans cling to the idea that it is reasonable to maintain an open mind. It isn't, at least not to scientists who study the matter. They have been saying for some time that the case for the reality and gravity of climate change has been proved beyond a reasonable doubt. But there's the rub. The public seems to view scientists as the equivalent of the prosecuting attorney trying to prove a case. The think tanks, institutes and fossil fuel corporations take on the mantle of the defense.

We have to get over that flawed notion. Scientists don't play the role of prosecutor trying to prove a case. Rather, they are the jury trying to evaluate the evidence. And they have rendered their verdict. The problem is not that scientists have become advocates, as some have claimed. The problem is that there is no judge, no recognized authority giving us instructions we accept, and no recognized authority to accept the scientists' verdict and declare it final.

See also Oreske’s discussion of “beyond a reasonable doubt” and its relationship to the scientific process at p. 90 of this document.

While the courts will not generally assign a specific percentage certainty to “beyond a reasonable doubt”, the reality is that the concept, as it is applied by juries, very often apply a standard that falls well below 95% certainty:

The intuition that the standard may not always require a high level of certainty is confirmed by empirical studies. Ever since the publication of Harry Kalven and Hans Zeisel’s The American Jury in 1966, researchers have been subjecting reasonable doubt, as well as other standards of proof, to empirical tests. This research has consistently shown that the jurors in criminal cases will often be satisfied with much less certainty than is conventionally assumed.

I suspect that most judges and lawyers would agree that 95% certainty is an extremely rigorous level of proof that approximates, or perhaps exceeds, the “beyond a reasonable doubt” standard.

The IPCC represents the most informed body of experts that we have available, applying scientific standards far more rigorous than applied by a typical criminal jury.  If they have come to the collective conclusion – as our jury on the science – that the human origins of climate change are “extremely likely”, I would certainly think that this satisfies the “beyond a reasonable doubt” test.

Once a murderer is convicted, we stop referring to them as “alleged murderers.”  I think that the same can be said for the fact that humans are contributing to climate change.

There are still a great many specific details of climate change that can only be proven on a “balance of probabilities”, but the basic fact that climate change is occurring and it’s caused by humans is known “beyond a reasonable doubt.”

But the reality is that on something as crucial as avoiding run-away climate change, we shouldn’t have to wait for evidence “beyond a reasonable doubt,” or even a 66% chance (which the scientists frame as “likely”).  This is our home we’re talking about here – let’s show a little care.