News & Events » Environmental Law Alert Blog » CPR for Rivers - the Need for Regulations to Conserve, Protect, and Restore Environmental Flows in BC
Back to top

CPR for Rivers - the Need for Regulations to Conserve, Protect, and Restore Environmental Flows in BC 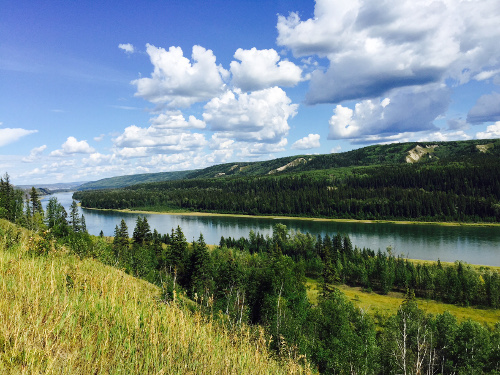 Water, water everywhere. At this wet time of year, it may not seem that protecting the amount of water flowing in streams and rivers throughout the province is a top priority. Yet when you think back to this summer’s severe drought, or read that we’re headed for another troubling year for sockeye, as spawning salmon returns are far lower than predicted, it becomes clear why West Coast Environmental Law and many allies recently wrote to the government of BC setting out our Expectations for Environmental Flows Regulations under the BC Water Sustainability Act. Our number one point: the government needs to have an environmental flows regulation.

The new BC Water Sustainability Act will ensure (starting early in 2016) that when a regulator grants a new licence for water use, environmental flows must be protected – a welcome addition to the provincial legal toolbox. However, at present it’s not clear whether the government will give legally-binding direction for how to protect environmental flows through regulation, or whether policies and guidelines alone will be used.

As I wrote in a legal journal article [1] (whose title I cribbed for this blog post), environmental flow regulation is becoming more common around the world and across Canada as the ‘greening of water law’ continues.  Law can help ensure that the quantity, timing and quality of water flows are maintained to sustain freshwater and estuarine ecosystems and safeguard water’s direct and indirect benefits for current and future generations.

The Statement of Expectations for Environmental Flows Regulations explains why regulations, as opposed to guidelines, are needed to protect these flows. In short, regulations are enforceable, legally binding and provide certainty for water users and explicit guidance for decision-makers.

The conservation sector’s Statement tackles the issue of methodologies: “The choice of methodology or framework to use in determining EFNs is not simply a scientific one, but involves making a policy decision. In making that decision the government should conduct public engagement and consult with experts, and in so doing recognize the nature of the decision involves making trade-offs and balancing policy objectives. A recent study from a well-known British Columbian expert concludes that there is no one “right” answer because different methods emphasize different values in making decisions amongst trade-offs.” A regulation can explicitly make these policy choices after informed public discussion.

The need for environmental flow regulations is demonstrated by the BC Environmental Appeal Board’s (EAB) decision in Chief Sharleen Gale in her own right and on behalf of the members of the Fort Nelson First Nation v. Assistant Regional Water Manager. In this case, with the support of the Environmental Dispute Resolution Fund, the Fort Nelson First Nation appealed a decision of the Assistant Regional Water Manager to issue a licence allowing for the diversion of water from North Tsea Lake. The EAB allowed the appeal and reversed the Manager’s decision to issue the licence. (See our blog on what this case means for fracking and cumulative effects here.)

The EAB found the licence to be fundamentally flawed in concept and operation. In its analysis, the EAB emphasized the need for a cautious approach in the face of limited flow data, as well as proper scientific justification for methods used to estimate flows and impacts on fish and riparian wildlife. The EAB then identified several errors and inadequacies in the terms and conditions of the licence. Finally, the EAB found there was potential for adverse effects on fish and riparian wildlife, and their habitat.

The shortcomings identified by the EAB can help to inform a new environmental flow regulation. For example, such a regulation could require:

Federal action is also essential to environmental flow protection. Three years after the Cohen Commission report on the fate of the Fraser River sockeye, it’s heartening to read that the mandate letter for the Minister of Fisheries, Oceans and the Canadian Coast Guard directs him to “Act on recommendations of the Cohen Commission on restoring sockeye salmon stocks in the Fraser River.”

Though the Commission’s 75 recommendations were aimed primarily at the federal government, two provincial legal tools were highlighted: modernizing the Water Act, which will happen soon when the Water Sustainability Act and its regulations come into force, and improving riparian protection, still not on the province’s agenda.

WCEL also applauds the other priorities identified in Minister Tootoo’s mandate letter: to “Work with the Minister of Transport to review the previous government’s changes to the Fisheries and Navigable Waters Protection Acts, restore lost protections, and incorporate modern safeguards.” As Mr. Justice Cohen stated: “I find it difficult to avoid the conclusion that the legislative amendments in Bill C-38 lower the standard of protection for Fraser River sockeye salmon.” Time to bring back what we HADD, and restore section 35(2) of the federal Fisheries Act to prohibit habitat alteration, damage or destruction.

All hands on deck

Collaborative action is needed to protect fish and their homes, a need that will grow stronger in the years ahead as climate change affects water supplies and the timing of flows. This past summer was a preview of what the future could hold: all salmon fishing was closed in the Thompson and Shuswap rivers due to extremely low water levels and high water temperatures reaching lethal limits for migrating salmon.

It doesn’t seem as if we’re short on water now that we’re in the wet season, but let’s be proactive. New environmental flow regulations under the BC Water Sustainability Act are part of the CPR life support we need to keep BC’s rivers healthy now and into the future.

[1] “CPR for Canadian Rivers – Law to Conserve, Protect, and Restore Environmental Flows in Canada” Journal of Environmental Law and Practice Volume 23, no. 3 (2012)