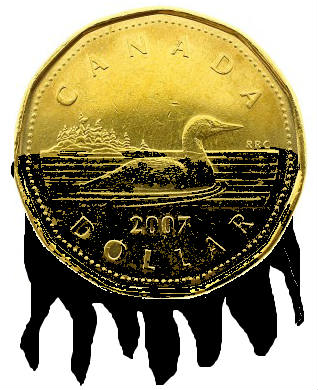 On January 13th, our Executive Director, Jessica Clogg, appeared on the Bill Good Show on CKNW radio, opposite blogger Vivian Krause, to defend West Coast against the recent American-style attack ads launched against us by the oil industry advocacy group, Ethical Oil.  Ethical Oil has publicly acknowledged Krause’s research as the source of the information used in their attack ads.

Even though  Ms. Krause has distanced herself from the ads, the Ethical Oil campaign, in our view, vividly illustrates at least three sources of bias and misinformation in her work:

“Fair” questions need to be asked of all sides

“Fair” questions need to be asked of all sides. So, it’s a fair question to ask whether (among other things):

Krause acknowledged in the CKNW interview that the influence of corporations is an important question, but the fact is that she only asks the last of these “fair questions.”  She seemed to argue that it was not necessary for her to research these other influences because they are “well known”, while the funding for charitable organizations was being hidden.

Notice that in terms of relative amounts, the contributions to charities represent peanuts, but let’s allow Krause her obsession of digging through tax returns of U.S. foundations, and ignoring the other sources of financial influence.  The fact remains that Krause asks her “fair questions” only of environmental non-profits.  She ignores non-profits and charities that accord with her own ideology.
Nowhere is this clearer than in Ethical Oil’s recent attack ads.  As between Ethical Oil and West Coast Environmental Law, you have two non-profits that are actively engaged on different sides of the same public controversy.  However, Ethical Oil (unlike West Coast Environmental Law):

Of these two organizations, we believe that West Coast Environmental Law is clearly the more accountable and transparent.  And yet Krause has repeatedly subjected West Coast to investigations, and has not asked “fair questions” about Ethical Oil.  And the less transparent of those organizations - the one with the undisclosed and seemingly extensive funding - is now using her “fair questions” to attack the more transparent.

Relationship between funders and fundees

Krause has always implied that Canadian environmental organizations that receive funding from U.S. Foundations are somehow the agents of those foundations.  But because she’s continually (and cleverly) framing this as just another “fair question,” it’s hard to call her on this incorrect allegation.  But Ethical Oil lacks Krause’s finesse, and is out-and-out accusing us of being “front-men” for “U.S. Interests.”

Indeed, when our Executive Director, Jessica Clogg, pointed out that we, and not our funders, set our priorities, Ethical Oil essentially accused her of lying on the basis that we had received money for a specific purpose.

But the foundations in question do not dictate what their fundees should ask for funding for.  I’ve been at West Coast for over a decade and I do not recall a single time when a funder came to us and said “I’ve some cash here, and I’ll give you a grant if you say x, y or z.”  This just doesn’t happen.

Rather, as we have recently explained, West Coast Environmental Law’s staff and Board identify our goals, programs and strategies about how best to protect BC’s environment, in large part informed by British Columbians from all corners of the province, and then we seek out credible funders – whether Canadian or U.S. (or in one case recently Switzerland) – that recognize the environmental value of our goals and our work, and are willing to fund it.  Most foundations we deal with have a rigorous, formal, competitive process in which they select projects to fund which are consistent with their own charitable purposes.

That doesn’t make us front-men for those funders.

Once we receive a grant from a foundation to carry out our work, we are obligated to use the money for the purposes for which we requested it, or to return it, but the workplan and deliverables are our own – we don’t take orders from the funders.

Funding from Canadian and other foundations, along with donations from individuals and a very small number of corporate donations, allows us to do our important work, and we are grateful to all our supporters.  But it is simply incorrect to say that we have been hired by them or are following their orders.

The “foreign” interests that Krause and Ethical Oil are so incensed about are U.S. charities (unlike the U.S. and other foreign corporations that are investing so heavily in the tar sands).  As such they are required by U.S. tax law to use their funds for purposes that are “public purposes”.  And that is what they are doing by funding us (giving money to help protect the environment – a well recognized charitable purpose).

Ethical Oil alleges that these foundations are using their charitable funding in a direct attempt to enhance the position of U.S. energy interests by undermining Canadian oil interests.  Krause is more subtle, but still suggests that the charities are still more concerned about U.S. economic protectionism than protecting the environment, and that, for example, their concern for the rights of aboriginal groups opposed to the pipelines are merely “the best pretext for choking oil exports to Asia and preventing Canada from diversifying our customer base in Asia.”

Our friends at the Dogwood Initiative have written about why this is a conspiracy theory, but it’s also a very serious, and untrue, allegation that these U.S. Foundations are lying about their true purposes, and are actually acting not for charitable purposes, but in the interests of (depending on your conspiracy theory) the U.S. government or U.S. corporations.

By all means, let’s have some fair questions.

Let’s ask who is funding Ethical Oil’s current attacks on Canadians who have signed up to express their opposition to the Enbridge Pipelines.  Let’s ask what influence big money – Canadian, U.S., Chinese or otherwise – is having on the Enbridge debate.  Let’s ask about the relative influence of dramatically smaller charitable grants as compared to corporate money.

Those are some of the real fair questions.