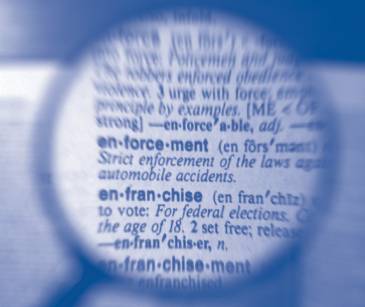 A recent story in the Abbotsford News caught my eye - Environment Industry Association critical of $20,000 fine for Abbotsford man.  The story relates to the sentencing of Ed Ilnicki for three charges related to failing to follow the BC Ministry of Environment’s orders to provide information about alleged hazardous waste he was storing at his place of business.

The BC Environment Industry Association (BCEIA) was upset by the fact that Mr. Ilnicki was paying less in fines than it would have cost him to comply with the Ministry of Environment’s order:

“We are upset at how low the fine is and we do not see it as a deterrent to others,” [David Rogers, the BCEIA’s Director] said. … Rogers said a more meaningful sentence would have been a $35,000 to $50,000 fine, which is what it would have cost to hire the consultant. Rogers said this would have sent a stronger message to environmental service companies that cut costs by not following all the regulations.  These businesses are able to charge less for their services, making them more appealing to hire, but this creates a risk to public safety and the environment due to their unsafe practices, he added.

Apparently the Crown and the Defence jointly requested a sentence in the $15-25,000 range.  When I asked about how this figure had been determined, Crown Counsel indicated that this range reflected Mr. Ilnicki’s ability to pay and what he had done.

If it is in fact true that the cost of complying with the Ministry of Environment’s orders would have been $35,000 to $50,000 (and the figure appears to come from Mr. Ilnicki’s own lawyer), then the BCEIA raises an important point: how can we expect industry to take the law seriously when it’s cheaper not to comply with the government’s orders?

Mr. Ilnicki, in failing to comply with the requirements imposed by an officer under the Environmental Management Act, faced a penalty of “a fine not exceeding $200,000 or imprisonment for not more than 6 months, or both.”  The fine suggested by the BCEIA would be entirely keeping with the Act.

The government often trumpets the high penalties found in environmental statutes as evidence that they are tough on polluters, but the fact is that the maximum penalties are never actually used.

But I am also struck by the fact that neither the Crown, nor the BCEIA, has suggested jail time in this case.  Without getting into an analysis about whether Mr. Ilnicki should have been sentenced to jail time in this case, it’s hard not to contrast the government’s tough on crime rhetoric with the rarity of jail time for environmental offenders.

BC’s environmental statutes provide for significant penalties, including both large fines and jail time.  As we’ve seen, the penalty for failing to abide by an order under the Act could have resulted in 6 months jail time.
When I asked Crown Counsel why jail time was not asked for, I was told that the fact that Mr. Ilnicki was a first-time offender was a major factor.

This is technically true, but ignores the environmental offences committed by Mr. Ilnicki’s business, the Canadian Petroleum Corporation (CPC).

In 2005 Mr. Ilnicki pled guilty to two offences on behalf of CPC resulting in a $10,000 fine.  This fine, according to the Abbotsford News, has not been paid.  At the time I visited the site and viewed the large quantities of hazardous waste that CPC had left behind in an Abbotsford warehouse. I spoke to the landlord of that property about his repeated, and unsuccessful, attempts to get Mr. Ilnicki and CPC to clean up the property.  The BC government eventually declared the site to be an environmental emergency and spend almost $1 million cleaning it up.

Because those operations were carried out under a corporate name, it is true that Mr. Ilnicki has never previously been convicted in his personal capacity.  But ignoring Mr. Ilnicki’s key role in a small company which illegally created an environmental emergency over a period of months and years is an offensive application of the legal fiction that corporations are separate from the people who run them. It is disappointing that the Crown took such a narrow view of the relevance of Mr. Ilnicki’s past actions.

In reaction to the Ministry’s current investigations, Mr. Ilnicki has been quoted as claiming that he has a 40 year spill-free track record and saying “Why all the fuss?”  The operations were immediately above the Abbotsford/Sumas aquifer and any spill could have contaminated it.

The Canadian Courts have been reluctant to impose jail time in environmental cases.  In Alpha Manufacturing Inc. v. British Columbia, the BC Supreme Court considered an appeal of a 21-day jail sentence against Eleanora Anderson, who had been convicted of illegally expanded a landfill operated by her company into lands which were in (an unprotected) part of Burns Bog.  While there had initially been a dispute about the boundaries of the authorized landfill, Ms. Anderson had continued dumping waste even after the Ministry of Environment had ordered her repeatedly to stop.  While the provincial court judge felt that jail time was necessary to create a deterrent, the BC Supreme Court reversed this decision, finding that Ms. Anderson’s “moral culpability” was less than other cases in which environmental offenders had been sent to jail.

This decision has been interpreted by some legal commentators as creating a fairly strong presumption against sending environmental polluters to jail:

This analysis by the appeal court opens the door for an argument that jail time should only be appropriate if the Crown can establish actual intention of environmental harm or that the Defendant knew environmental harm was probable and preceded in the face of this knowledge – in law this is referred to as recklessness. …  The Alpha Manufacturing case on appeal illustrates that it will remain difficult for prosecuting authorities to justify imprisonment as a penalty in all but the most egregious cases of intentional environmental harm.

One legal commentator summarizes when the courts will consider jail time in environmental cases as follows:

The offence resulted in serious bodily injury or death. Jail sentences are more common for OHS offences than environmental ones because, by their very nature, OHS offences are more likely to lead to a worker’s injury or death. (Of course, jail sentences for OHS offences are still rare.) But that doesn’t mean an environmental offence can’t lead to injuries or deaths. For example, if a plant manager illegally disposes of a hazardous substance in a lake in which children swim, causing the kids to become seriously ill, the manager may get hit with a jail sentence.

That’s not to say that no one goes to jail for environmental offences.  Indeed, there are a number of recent examples, mostly in Ontario, and mostly (although not all) involving offenders who failed to abide by earlier orders:

We are not advocating for a dramatic increase in the incarceration for minor violations of environmental statutes.  Nor do we necessarily accept the “law and order” claims that jail time is always an effective deterrent.  But where polluters are handling hazardous wastes or carrying on other business practices that could easily harm human health and entire ecosystems, we do think that failing to comply with the law is a big problem, and should be treated as seriously as we treat criminal offences.  The failure to treat these offences seriously says something significant about our values as a society.