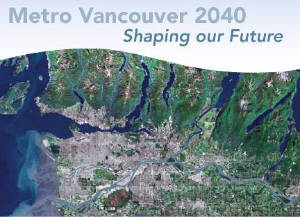 Metro Vancouver has given second reading to its new Regional Growth Strategy (RGS), and sent the plan to its member municipalities for approval.  But the plan is coming under attack from critics concerned about urban sprawl and the protection of agricultural lands.

Most of the critics of the RGS have focused on changes to the Urban Containment Boundary and the creation of Special Study Areas.  These are both legitimate concerns:

While West Coast shares these concerns, we do also recognize positive features in the RGS which we believe will help protect the environment and the agricultural land base, and prevent urban sprawl (see our February 2010 submissions on an earlier draft).

But one of the most serious problems with the RGS – one which is likely to actually cause legal problems for Metro Vancouver – has been largely unreported: the fact that the RGS purports to designate lands in the Agricultural Land Reserve (ALR) located in Richmond and Aldergrove (Township of Langley) for future development.  So far as we can tell only the Garden City Lands blog has attempted to address this legal problem with the RGS (and we thank them for drawing it to our attention).  In my view, Metro Vancouver is on thin ice legally on this issue and should expect a legal challenge, either from the Agricultural Land Commission (ALC) or from members of the public.  That being said, any legal challenge would probably only affect the Richmond and Aldergrove ALR lands, and will not by itself address the broader concerns around the potential loss of agricultural land identified by many of the plan’s opponents.

Correspondence from the Agricultural Land Commission

Metro Vancouver can’t say it wasn’t warned.  In October 2010, after Metro Vancouver referred the RGS to the ALC Mr. Brian Underhill, Executive Director of the Commission, wrote to express concern about (among other issues) ALR lands being designated for future development:

Commission Act, with the … Regulation or with any existing order of the Commission.  Under section 46 of this Act a local government in respect of its bylaws [including a bylaw to adopt a regional growth strategy] must ensure consistency with this Act, the regulations and the orders of the commission. … If the Regional Board decides to adopt a bylaw enacting a regional growth strategy without any modification, subsection 46(4) of the Agricultural Land Commission Act provides that to the extent of the inconsistency, the bylaw is of no force or effect.

Mr. Underhill also notes that any amendments to the RGS in the future in respect of the Special Study Areas which contemplate non-agricultural use of ALR lands would raise similar issues.

When Metro Vancouver went ahead and gave second reading to the RGS without addressing the designation of the ALR lands, the Chair of the ALC, Mr. Richard Bullock, took the unusual step of writing to the regional district for a second time to further emphasize that the RGS violates the Agricultural Land Commission Act.

The ALC’s legal analysis is entirely correct.  Section 46 of the Agricultural Land Commission Act very clearly states that every local government must make sure that its bylaws (including bylaws enacting Regional Growth Strategies) are “consistent” with the Act and its regulations. In general “consistency” is not a strong legal requirement.  However, section 46 explicitly addresses this problem, defining inconsistency to include any bylaw that:

… contemplates a use of land that would impair or impede the intent of this Act, the regulations or an order of the commission, whether or not that use requires the adoption of any further bylaw or law, the giving of any consent or approval or the making of any order.

Section 46 is often confusing to local governments.  We’ve seen other cases in which local governments believe, incorrectly, that section 46 means that municipalities can’t regulate agriculture at all on ALR lands.  (Exactly what they can and can’t legally do is a more complicated question – one for another blog post).  But the Metro Vancouver RGS is clearly trying to do something that section 46 does not allow – which is to designate ALR lands for future development not consistent with agricultural purposes.

And it does so after the ALC warned Metro Vancouver, not once but twice and in very clear language, that those sections of the RGS related to these ALR lands are illegal.  The decision to ignore the Agricultural Land Commission is all the more baffling given that:

It’s tempting to believe that the Metro Vancouver Board did not appreciate the significance of the ALC’s letters, buried in among the hundreds of referrals and public submissions received.  And indeed, Directors may have been swayed by a summary of submissions prepared by Metro Vancouver staff that characterized Mr. Bullock’s letter to the Board as amounting merely to “Mapping inconsistencies.” On the other hand, the Georgia Straight reports (without fully explaining the significance of the ALC’s objections) that Director Harold Steves of Richmond specifically drew the Directors’ attention to ALC President Bullock’s letter:

Before the vote, Steves also called the attention of his fellow directors to some objections raised by the Agricultural Land Commission.

These were contained in a November 23, 2010, letter from the ALC to Metro Vancouver, which noted “inconsistencies” with the Agricultural Land Commission Act.

We asked Metro Vancouver staff to comment on the apparent failure to address the ALC’s concerns about the Richmond and Aldergrove ALR Lands.  In an email received just before we posted this story Glen Bohn, Communications Specialist for Metro Vancouver, emphasized the many ways that the RGS does support agriculture:

Overall, the Regional Growth Strategy supports the protection of agricultural lands. In fact, this has been acknowledged by the Agricultural Land Commission in correspondence.

In Strategy 2.3 of the document, Metro Vancouver and member municipalities commit to: “Protect the supply of agricultural land and promote agricultural viability with an emphasis on food production.”

Strategy 2.3.4 is key, because it identifies the regional district’s commitment to working with the ALC and maintaining sites as agricultural and/or rural while they remain in the Agricultural Land Reserve. That section of the regional plan describes Metro Vancouver’s role this way: “In collaboration with the province and the Agricultural Land Commission, identify and pursue strategies and actions to increase actively farmed agricultural land, emphasize food production, reduce barriers to the economic viability of agricultural activities, ensure the management of farmlands is in concert with groundwater resources, and minimize conflicts among agricultural, recreation and conservation, and urban activities.”

We agree that there are many ways in which the RGS does support agricultural land.  However, Mr. Bohn’s response misses the point: specific ALR lands have been identified in the RGS as being open for development.  Whether the RGS “overall” supports the protection of agricultural lands is irrelevant to the question of the legality of the RGS in relation to these specific properties.

It is disturbing when a local government, for no apparent reason, enacts bylaws that they know, or should know, are illegal.  It forces public bodies like the ALC into an unseemly public confrontation with local government, or, if the ALC does not act, leaves community groups to raise the funds for expensive court challenges.  Metro Vancouver, as the largest and arguably the most sophisticated local government in the province, has no excuse.

Bullock23Nov10.pdf
Green Communities
Back to top