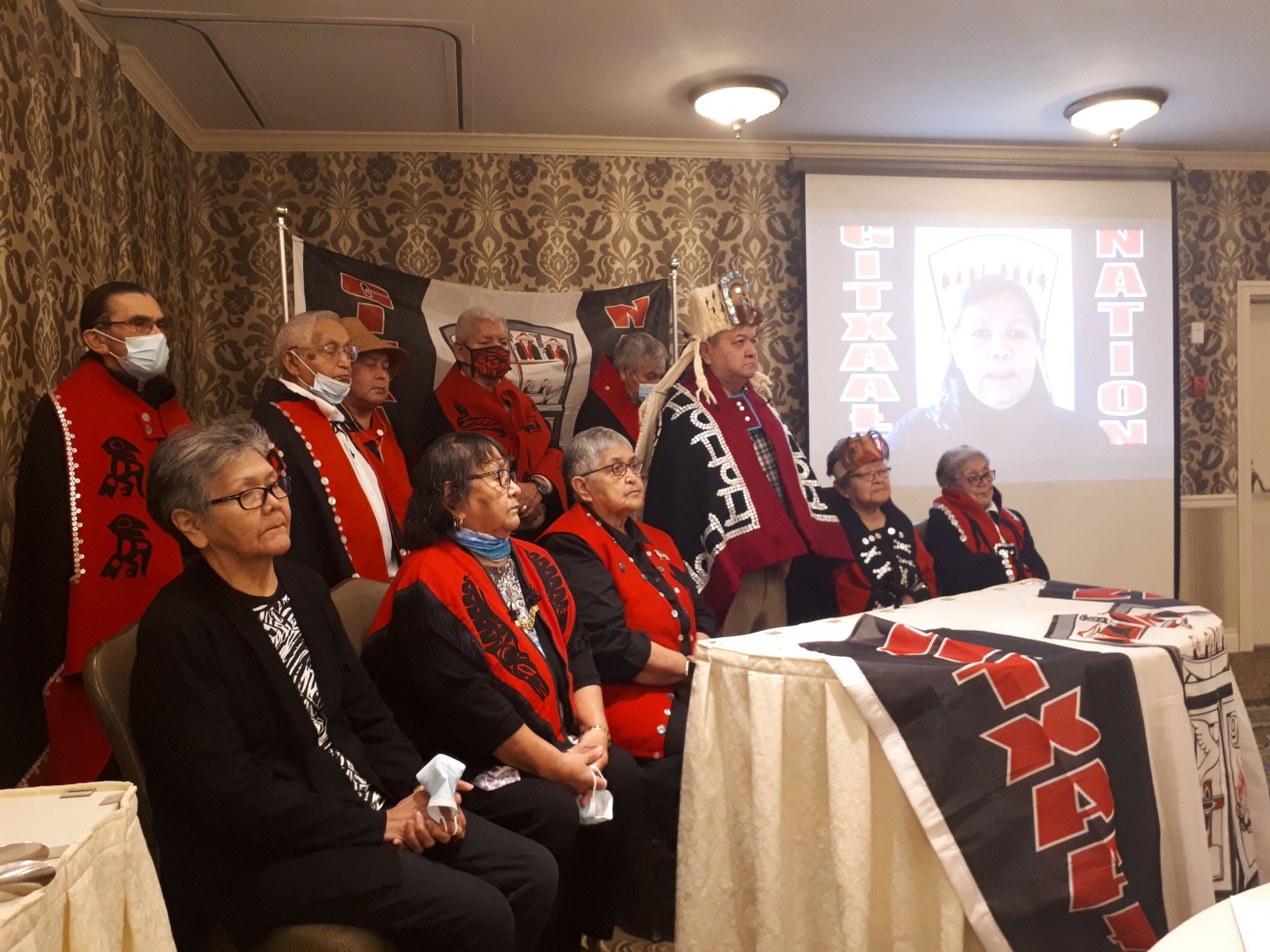 In the recently released Declaration on the Rights of Indigenous Peoples Act (DRIPA) Action Plan, the BC government made an important and long-overdue commitment to reform the Mineral Tenure Act. This is a significant opportunity to improve BC’s environmental decision-making and overhaul its outdated gold rush-era approach to mineral claim-staking. It is also a moment that warrants reflection on BC’s history, and the provincial government’s responsibility to break with a harmful colonial legacy – in legislation and in the courts.

On March 30, 2022, the BC government released its Action Plan under DRIPA. The legally-mandated Action Plan sets out various commitments intended to achieve the objectives of the UN Declaration on the Rights of Indigenous Peoples (UNDRIP). Section 2-14 of the Action Plan commits BC to: “Modernize the Mineral Tenure Act in consultation and cooperation with First Nations and First Nations organizations” between 2022 and 2027.

This commitment from BC comes on the heels of litigation filed by Gitxaała in October 2021, challenging mineral claims granted in Gitxaała territories without consent, consultation or even notification. Gitxaała argues in the case that BC’s mineral tenure regime is inconsistent with UNDRIP as well as BC’s constitutional obligations to Gitxaała. West Coast Environmental Law is part of Gitxaała’s legal team in the case.

The BC government has dragged its feet through many years of pressure to overhaul its mineral tenure laws, including reports and advocacy by West Coast and the BC Mining Law Reform Network, as well as local governments; a successful legal challenge of similar mineral tenure laws in the Yukon; numerous instances of opposition to mineral claims on the ground by Indigenous nations (such as the Nuxalk, Tahltan and Gitanyow); and repeated calls for reform from Indigenous organizations such as the Union of BC Indian Chiefs and the First Nations Energy and Mining Council. Building on this pressure, it seems likely that Gitxaała’s litigation gave BC the push needed to finally make a public commitment to reform the Mineral Tenure Act.

While BC’s commitment to modernize the Mineral Tenure Act is a major step in the right direction, there is cause for caution. In particular, the BC government is still opposing all remedies sought in Gitxaała’s case. Gitxaała released a reaction to BC’s DRIPA Action Plan announcement, stating:

Gitxaała welcomes today’s commitment from BC to reform the Mineral Tenure Act. However, Gitxaała is concerned that BC is promising change politically, while simultaneously fighting to maintain the status quo in the courtroom.

This begs the question of what “modernizing” the Mineral Tenure Act actually means. It’s impossible to ask that question without considering BC’s history.

The tangled history of colonialism and mineral tenure law in BC

What is the historical starting point for a conversation about modernizing the Mineral Tenure Act? Put bluntly, implementing mineral tenure legislation and asserting colonial power over British Columbia was literally one and the same project.

Lest you think I’m exaggerating, the BC Legislature’s website provides the following historical context for the founding of the Crown colony of British Columbia in 1858:

After the creation of the Oregon Territory in 1848, Americans continued to move north of the Columbia River, and in 1853, Washington Territory was established there. In 1857, gold was discovered in the Fraser River. Word spread quickly and within the year, it developed into a full-fledged gold rush. Many of the gold miners were American.

The influx of Americans caused concern over possible annexation by the United States. Britain decided to act, and on August 2, 1858, a new colony on the continental mainland was created.

In other words, the creation of a British colony in mainland BC was in direct response to the surging numbers of American miners during the Fraser River gold rush. However, it wasn’t just about the Americans. Academic commentators have also noted that: “the gold rush of 1858 provided a socio-political and economic climate whereby British claims to territorial sovereignty over Indigenous lands and people, though already established, were rushed through the sheer number of mining claims made and licences issued.”

Unsurprisingly, one of the key tools Britain used to assert this colonial power was mineral tenure legislation.

Enter the Gold Fields Act, 1859, one of the early laws proclaimed in the brand new colony of BC.

The Gold Fields Act provided for any person to become a “Free Miner” by obtaining a “Free Miner’s Certificate” as of right from a colonial Gold Commissioner, upon payment of a fee. The Act then stipulated that:

Every Free Miner shall, during the continuance of his Certificate, have the right to enter without let or hindrance upon any of the waste lands of the Crown, not for the time being lawfully occupied by any other person, and to mine in the land so entered upon.

All persons were to register their claims and pay another fee to a Gold Commissioner, who was required to record their claims. The Act then provided that: “Every Free Miner shall have during the continuance of his Certificate the exclusive right to the soil and gold in any claim for the time being duly registered and worked by him.”

You will not find a single reference to Indigenous peoples in the Gold Fields Act. In fact, in order to function, the Gold Fields Act plainly relied upon the legal fiction that BC was composed mainly of “waste lands of the Crown”. In this way, the Gold Fields Act was founded on and perpetuated the racist notion that Indigenous peoples did not use, govern, own and otherwise hold deep relationships with the land they had lived on for thousands of years. Conveniently for the Crown, this legal fiction converted a mosaic of Indigenous territories into “waste” belonging to BC, which was just sitting around waiting to be mined.

The Gold Fields Act thus advanced the British Crown’s assertion of sovereignty over BC in multiple ways. It imposed British rules over American (and other) miners, subjecting them to potential enforcement for disobeying. It purported to give the British Crown the sole authority to determine rights to land. It extracted money from Free Miners, in the form of fees, in recognition of the Crown’s purported ownership and authority over the land. It enabled the Crown to give away “exclusive” rights to land that kept others out. And, in doing all this while ignoring Indigenous peoples, it provided the Crown with a legally-sanctioned tool to deny Indigenous peoples’ pre-existing title and governance in their own lands.

The bureaucracy established by the Gold Fields Act also provided an important part of the practical foundation on which the young colony of BC could be built. The role of Gold Commissioners helps to illustrate this.

Gold Commissioners were important figures in enforcing the new colonial order in BC, with jurisdiction and responsibilities that extended beyond gold. The Gold Fields Act granted considerable authority to Gold Commissioners, including powers to act as Justice of the Peace and to allocate land to Free Miners for residences. But the day-to-day power of Gold Commissioners often went further still.

In 1870, BC Governor Anthony Musgrave wrote that Gold Commissioners were: “not only Justices of the Peace, but County Court Judges, Indian Agents, Assistant Commissioners of Land and Works, [and] Collectors of Revenue in the different Departments of the Public Services.” In other words, Gold Commissioners often acted as central figures in upholding and advancing the general authority of BC’s incipient colonial regime, including against Indigenous peoples. This attests to the prominent role that the bureaucracy of the mineral tenure system played in the British Crown’s efforts to colonize BC.

As the necessary work of reforming the Mineral Tenure Act begins to take shape, some might be tempted to argue that times have changed, pointing to differences between the current Mineral Tenure Act and the Gold Fields Act, 1859. But the effects of BC’s colonial mineral tenure laws are not confined to the past.

The dispossession of land, theft of resource wealth, and attempted erasure of Indigenous governance authority that BC’s mineral tenure regime has inflicted on Indigenous peoples for over 160 years continues to be felt in the present day. Modernization of BC’s current mineral tenure law must be based on recognition that, in the words of the recent resolution of the Union of BC Indian Chiefs: “British Columbia’s Mineral Tenure Act is founded upon and perpetuates racist colonial worldviews that ignore Indigenous peoples.”

Moreover, BC’s practices under the Mineral Tenure Act still resemble its colonial mineral tenure regime in important ways. Individuals still obtain Free Miner’s Certificates, as of right, from a Gold Commissioner. The Gold Commissioner still grants mineral claims to Free Miners with no Indigenous consent or consultation. In fact, obtaining mineral claims is now even simpler for Free Miners because they do it automatically online, by clicking cells on a map and paying $1.75 per hectare via credit card. While a Free Miner’s right to conduct exploration and development on a claim is now circumscribed by permitting under other legislation, a Free Miner can still conduct certain exploration work without a permit, and can convert the mineral claim to a long-term mining lease as of right.

And in case you were wondering, the Mineral Tenure Act still does not mention Indigenous peoples.

In light of the key role mineral tenure legislation has played in imposing colonial authority over BC, and the troubling common threads that still link BC’s gold rush-era legislation to the present-day Mineral Tenure Act, the “modernization” of the Mineral Tenure Act must at its core be a project of practically recognizing the governance and title of Indigenous peoples, in a manner defined by Indigenous peoples themselves.

There is other work ahead, as well. BC’s mineral tenure legislation must confront the complex environmental challenges of our times, including through strategic level planning about where mining is or isn’t appropriate, and develop public confidence in mineral tenure decision-making.

For instance, mineral tenures and mining continue to be exempted from many land use plan objectives – this is not responsible or appropriate. It is not appropriate for local governments to have no role in addressing mineral claim-staking within their boundaries. It is not appropriate for the public to be excluded from the mineral tenuring process, especially when it comes to claims staked on an individual’s fee simple property. And BC needs stronger legal tools to address problematic mineral claims that have already been granted without consent. As West Coast has previously set out in detail, these are all challenges that beset our current mineral tenure regime.

BC’s commitment to reform the Mineral Tenure Act has opened up a significant opportunity to address these challenges. As the BC government begins the important work of cooperating with Indigenous peoples to modernize the Mineral Tenure Act, BC will need to confront the colonial legacy of its mineral tenure regime.