Ocean-related lessons from the IPCC: Part 1 – Why we need the ocean 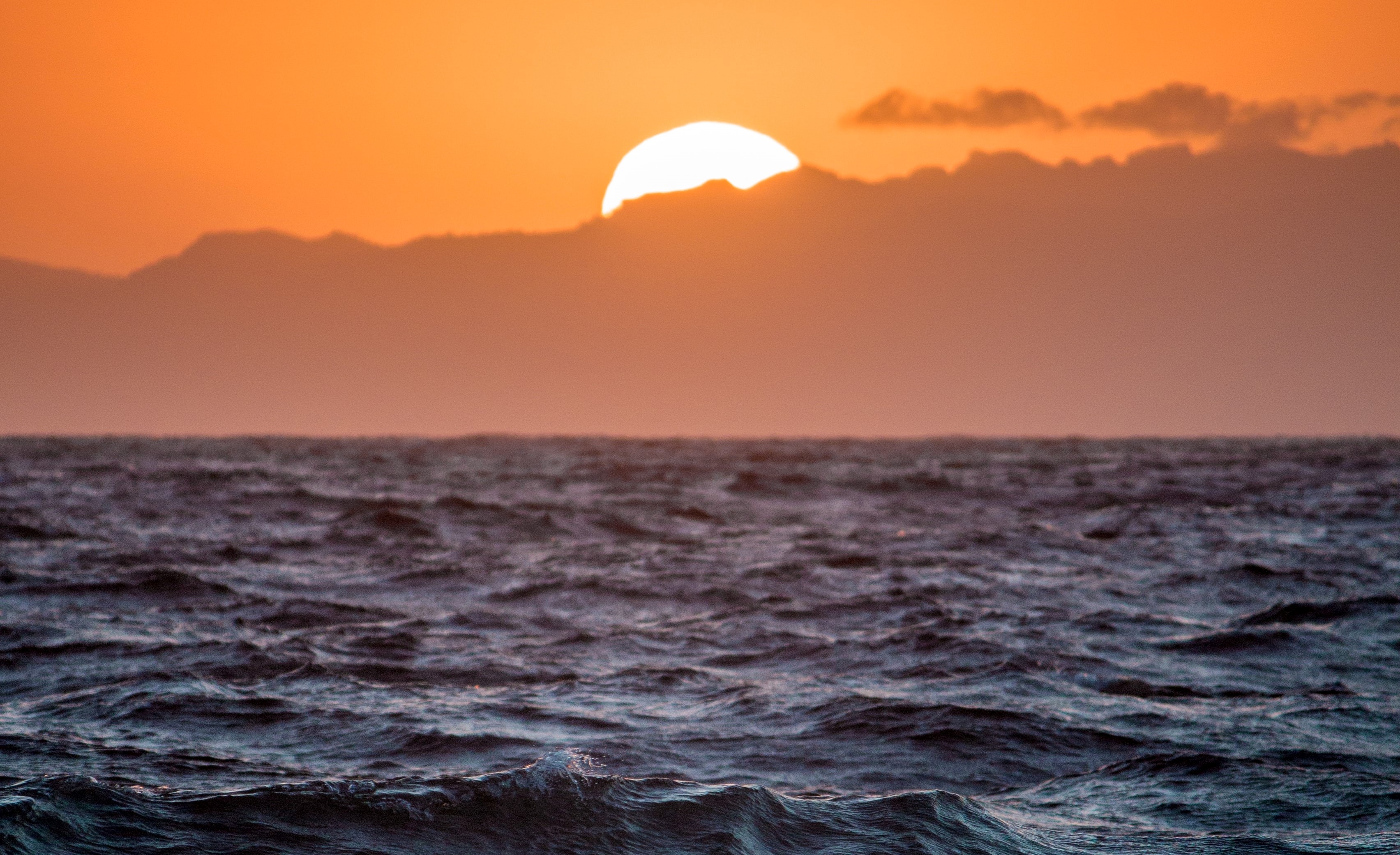 This blog is the first in a two-part series: Part 1 reviews the latest UN Intergovernmental Panel on Climate Change (IPCC) report from a marine perspective; and Part 2 outlines solutions to the climate impacts the ocean is facing.

As another climate report is released, it is difficult to absorb its troubling findings without feeling overwhelmed. But we must remember that solutions exist – the challenge is generating the political will to see these solutions implemented.

On February 27, 2022 the IPCC released its second of three reports as part of its Sixth Assessment, Climate Change 2022: Impacts, Adaptation and Vulnerability (the IPCC Report). Much analysis has been released on its potential to impact climate policy and litigation, but West Coast Environmental Law’s marine team has reviewed the IPCC Report from the perspective of the ocean: the impacts climate change has had on the ocean thus far and will have in the future, and what we can do to help adapt to these changes, for the good of the ocean and for our collective future.

The role of the ocean in regulating the Earth’s climate cannot be overstated: a 2019 IPCC report that focused specifically on the ocean states that the ocean has sequestered, or taken up, 20-30% of the carbon dioxide (CO2) emitted by humans since the 1980s. Ultimately, the oceans have absorbed more than 90% of the excess heat trapped in the planet’s system due to climate change.

However, all this absorption is not without impact. As the IPCC Report summarizes with great clarity, carbon absorption has resulted in impacts like ocean acidification and deoxygenation. The Earth’s warming has also resulted in ocean warming and marine heatwaves, sea level rise, and impacts to life in the deep sea.

The good news is that we can mitigate the worst of these impacts by reducing emissions now, and there is a lot we can do to adapt. Humans are already working to adapt to climate-driven changes in marine systems in order to protect ourselves and the ocean – and there are plenty of opportunities for expanding these efforts.

Impacts to the ocean from climate change

The IPCC Report overviews how ocean warming, acidification, and deoxygenation are altering ecological communities of many marine fish and invertebrates. These impacts have driven habitat loss, population declines, increased risks of species extinctions and rearrangement of marine food webs. These changes are already having an impact on food security: warming and acidification are causing toxins and contaminants to accumulate in marine food webs, impacting shellfish aquaculture and fisheries.

These changes are also shifting the timing of seasonal activities, and the geographic range of marine species. This has caused reductions in some wild fish populations, and forced commercial, small-scale, artisanal, and recreational fishing activities to shift poleward and diversify harvests.

These changes are happening faster than many of our fisheries management laws are able to keep up. For example, the Pacific Salmon Treaty between the U.S. and Canada regulates harvesting of Pacific salmon in U.S. waters, but only during certain weeks of the year. With climate change pushing the migration later in the year, the Treaty no longer provides protection to these fish.

“Marine heatwaves have become more frequent over the 20th century, approximately doubling in frequency and becoming more intense and longer since the 1980s.” [p. 3-3 of the IPCC Report]

Marine heatwaves happen when an area of the ocean exceeds its expected seasonal temperature by a certain threshold for at least five days in a row. They are caused by hotter ocean temperatures. They expose species and ecosystems to conditions beyond their tolerance, causing mass die-offs in certain regions.

This experience will ring true with British Columbians, as we recall the devastating die-off of mussels, clams and sea stars along the Salish Sea coastline as a result of BC’s heat dome last summer. More intense, longer and recurring heatwaves can lead to species extirpation (when a species goes extinct in a certain region), habitat collapse and surpassing ecological “tipping points” (thresholds, which, when passed, can lead to irreversible changes). The IPCC Report specifically addresses the danger that marine heatwaves pose to shellfish and lobster, with production projected to decline by 42-54%, but states that if emissions are cut rapidly, the decline could be cut in half.

Marine heatwaves can similarly cause regional fisheries and aquaculture to collapse, and can reduce the capacity of habitat-forming species – like kelp forests and seagrass meadows, which are already stressed from coastal development – to protect shorelines. In Nova Scotia, kelp has already been reduced by 85-99%, so any further reductions would seriously threaten the fish and small invertebrates that depend on it.

“Risks from sea-level rise for coastal ecosystems and people are very likely to increase tenfold well before 2100 without adaptation and mitigation action as agreed by Parties to the Paris Agreement.” [p. 3-5 of the IPCC Report]

Sea level rise threatens coral reefs, mangroves and salt marshes – which provide natural shoreline protection. As more people move to low-lying coastal areas, the overall exposure to sea level rise will increase, and by 2050 more than a billion people will be at risk from coast-specific climate hazards. Adaptation measures to maintain resilient coastlines are crucial, as discussed below.

The deep-sea covers about 60% of the Earth’s surface, and is already particularly exposed to many human-caused harms, including from industrial fishing oil and gas extraction, cable laying, and mineral exploration, with the potential for large-scale deep-sea mining in the future.

Climate impacts limit the resilience of the deep sea to these other harms. Perhaps surprisingly, research shows that deep-sea species may be as seriously affected by warming as species on the ocean surface. That’s why it’s crucial to protect the deep seas from non-climate-related harms, in order to keep ecosystems intact and better able to adapt to climate-driven changes.

“North American food production is increasingly affected by climate change, with immediate impacts on the food and nutritional security of Indigenous Peoples.” [p. 14-3 of the IPCC Report]

“Climate-driven impacts on ocean and coastal environments have caused measurable changes in specific industries, economic losses, emotional harm, and altered cultural and recreational activities around the world.” [p. 3-4 of the IPCC Report]

The loss of availability and access to traditionally harvested seafood has had major implications for subsistence-dependent Indigenous peoples across North America, including on the Pacific Coast. This can lead to greater food insecurity, which has measurable consequences for Indigenous people’s health.

Climate change has impacted aquaculture and changed the distribution of species, and caused population declines of multiple key fisheries. This will impact food security everywhere, but especially in the North of Canada, where food prices are already disproportionately high and communities will be forced to rely more on purchasing food.

Coastal communities have suffered from the decline in wild fish stocks, and from the associated fishery management measures. For example, in 2021 Fisheries and Oceans Canada closed 60% of the wild Pacific salmon fishery, an essential measure to address plummeting stocks, but one which left a whole industry of commercial fishers reeling. These closures might have been avoided if a more proactive and precautionary approach to rebuilding fish stocks had been taken sooner.

The IPCC Report acknowledges the unequal impact of climate change’s effects when it states that climate change’s “impacts to human communities will depend on people’s overall vulnerability, which is strongly influenced by local context and development pathways.”

“At local to regional scales, climate change worsens the impacts on marine life of non-climate anthropogenic drivers, such as habitat degradation, marine pollution, overfishing and overharvesting, nutrient enrichment, and introduction of non-indigenous species.” [p. 3-4 of the IPCC Report]

The good news is that reducing these non-climate-related stressors can immediately reduce the pressure on these ecosystems.

What we can do

Though the current and future impacts of climate change are daunting, action is the antidote to despair. And there are actions we can take now – both to mitigate the climate crisis and to help our ecosystems and communities adapt. West Coast is working hard on mitigation, by taking on the fossil fuel industry and getting us off the fossil fuels that have caused this problem in the first place – as well as developing adaptation solutions to help ecosystems and communities cope with current and future climate impacts.

Some of the most important adaptation solutions involve Indigenous self-determination and centering Indigenous knowledge; establishing conserved areas; employing “nature-based solutions”; and collaborative planning. In addition, protecting and restoring blue carbon features to sequester carbon can aid in reducing the amount of CO2 in our atmosphere.

In our next post, we’ll outline some of these important solutions and how our team is working to apply them along the Pacific coast – reminding us that focusing on and advocating for solutions is our best hope.