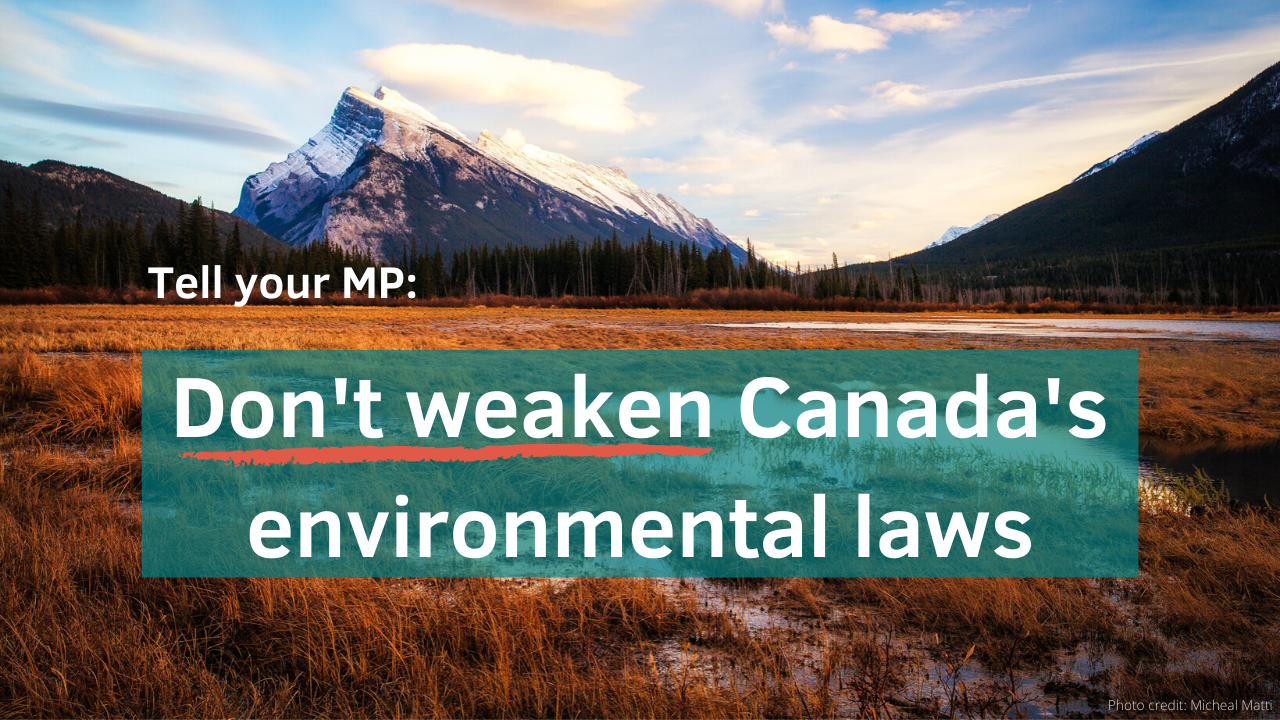 The laws fulfilled election promises to restore and strengthen these environmental laws after voters demanded greater action on issues like climate and biodiversity, and greater transparency and accountability in environmental decision-making. In recent years, Canadians have made it clear that polluters cannot continue to get a free ride, and Canada needs to step up its game on environmental action.

After years of study, public engagement, expert submissions, and debate in the House of Commons and the Senate, the laws finally passed in summer 2019.

Despite all this effort, these important federal environmental laws may now be at risk.

Recent media reports have indicated that the federal government is open to “suggestions for improvements” to the implementation of Bill C-69. There have been mixed messages from federal officials about their willingness to amend the laws, or their supporting regulations or policies.

This wavering is the result of ongoing pressure from oil and gas industry proponents and provincial politicians to weaken, amend or repeal Bill C-69 and C-48.

But industry interests already had their kick at the can – participating in the consultations, conducting intense lobbying, and succeeding in securing amendments that weakened certain provisions in the bills. Not content with their success in weakening these important laws, industry and partisan interests are now trying to water them down further, or give Big Oil a free pass by exempting them from these important safeguards.

These new federal laws are already less ambitious than many environmental experts had advocated, but they still contain critical measures to protect the health of the environment, communities and the coast.

Now we need to make sure elected leaders hear our voices loud and clear: Canada cannot afford to go backwards when it comes to our environmental laws.

Please join us in calling on the federal government to hold strong on the Impact Assessment Act, Canadian Energy Regulator Act and Oil Tanker Moratorium Act. Weakening these laws or their supporting regulations and policies would mean failure to uphold critical promises made in the 2015 election, and show industry that its tactical bullying works.

Urge the government not to weaken Canada’s environmental laws

[Update: This online action tool has been archived.]