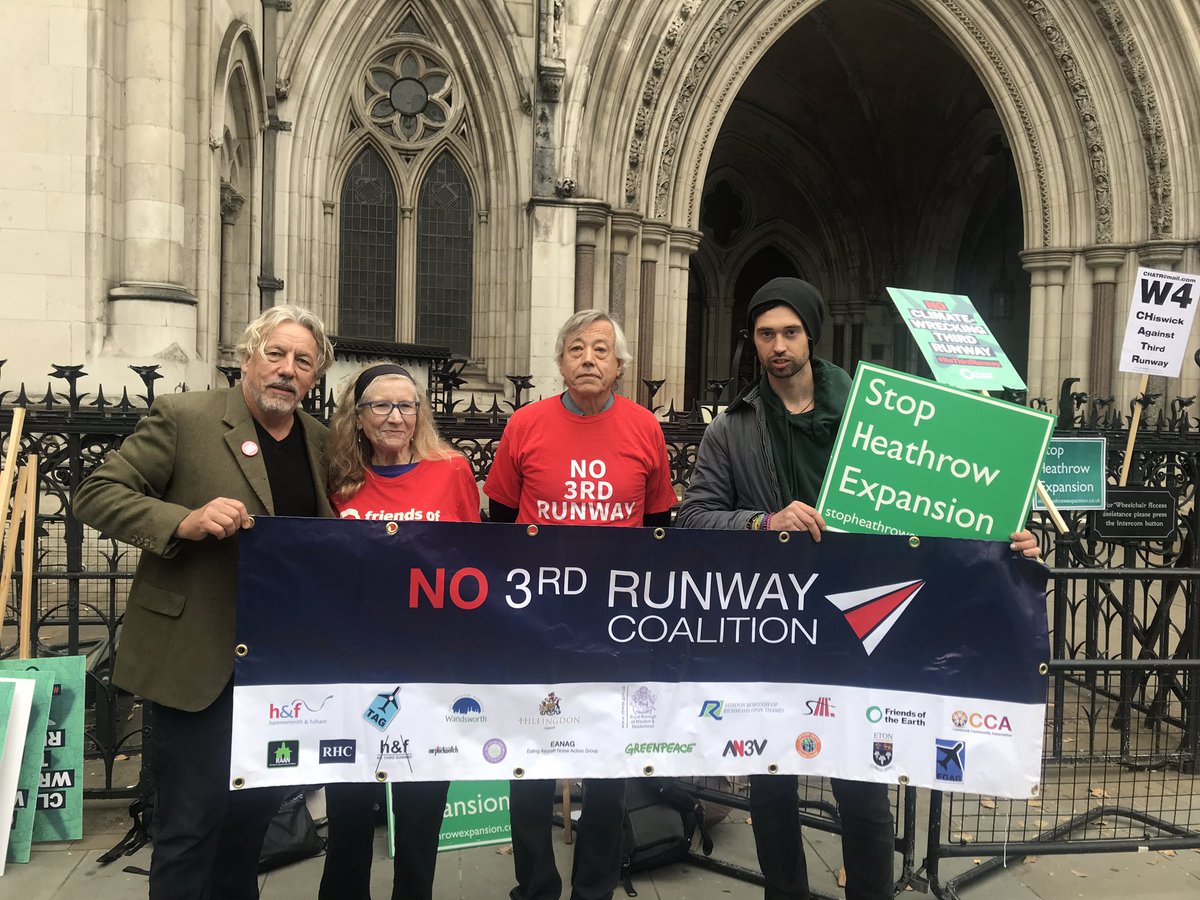 For Earth Week our climate program is celebrating three recent international wins that show what litigation and the law can do to protect our climate. While we’ve yet to see climate litigation and legal strategies of these types succeed in Canada, we believe that it is only a matter of time before courts and tribunals around the world recognize that climate change is having unacceptable impacts on human and other legal rights – impacts that require a legal response.

London’s Heathrow airport is (usually – when there’s not an epidemic) busy, landing about 1300 airplanes each day, and the UK government has been planning to build a third runway. But that planned expansion will significantly increase greenhouse gas (GHG) emissions at a time when UK law requires the country to be reducing its emissions dramatically.

Several environmental organizations challenged the planned expansion on multiple grounds, including arguing that the government needed to fully consider its stated commitment to working towards the goals in the Paris climate agreement.

In February 2020, the UK Court of Appeal overturned the government’s approval of the expansion plan. The court agreed that the government could not claim that it was working to implement the Paris Agreement while also refusing to consider it at all when making its decision on whether or not the expand the Heathrow airport. This win led noted environmental columnist George Monbiot to call for other fossil fuel projects to be targeted in the courts.

Since 2015, the Human Rights Commission (HRC) of the Philippines has investigated whether climate change, and the role of fossil fuel companies in causing it, violates human rights in the Philippines. In December 2019 the HRC announced its findings and recommendations, and concluded that fossil fuel companies have legal and moral obligations to work to avoid climate change. We are still waiting for the final report from the HRC.

One of the HRC’s recommendations is that climate victims should be able to sue fossil fuel companies to recover compensation for their share of the human rights violations resulting from their products, stating that “individual countries [could] pass strong legislation and establish legal liability in their courts...”.

I’m particularly excited by this recommendation as it appears that a 2015 report I co-authored proposing such legislation may have played a role in the HRC recommendation. Our friends at the UK climate organization, Plan B, drew the report to the attention of the Philippines HRC in the Fall of 2017 when the commission received evidence in London. And my co-author, Margaretha Wewerinke-Singh, was subsequently invited to give expert testimony to the HRC in the Philippines in November 2018.

Tim Crosland, of Plan B, told me:

We recommended the model law to the PHRC for two principal reasons: first, it would empower ordinary people in the Philippines, who have suffered loss and damage through the gross negligence of the carbon majors, to seek justice on a level playing field; and second because it would give effect to the key principle of law and economics, that the cost of the loss and damage should be borne not by innocent citizens, but by the polluter who would otherwise be profiting from their negligence, contrary to the interests of a civilised society".

We’re anxiously awaiting the final report to see exactly how specific the HRC is in its recommendations on climate compensation laws, but the fact that they’ve recognized the need for laws that hold fossil fuel companies accountable is good news indeed. 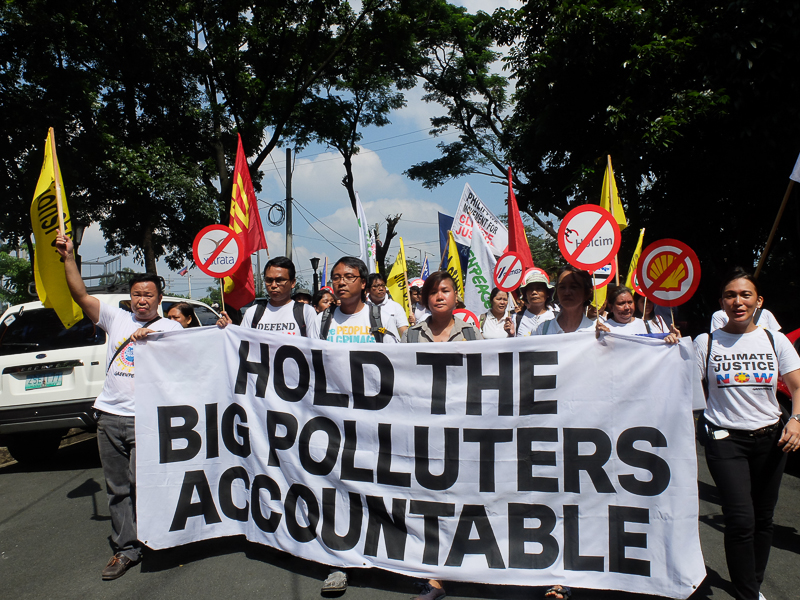 As I have written previously, in 2015 a court in Holland ruled that the Dutch government had a duty to do more to fight climate change – and to commit to reducing its greenhouse gas emissions to 25% below 1990 levels by the end of this year. Since then, that decision was appealed, first to the Court of Appeal and then to the Supreme Court of the Netherlands, which released its decision last December.

Both courts have confirmed the duty of the Dutch government to do its part to protect its citizens from climate change.

In particular, the Supreme Court confirmed that fighting climate change is a human rights issue, a ruling that may help convince courts in other countries to act. In its decision, the Court stated:

…Articles 2 [Right to Life] and 8 [Right to Privacy and Family Life] of the [European Code of Human Rights] relating to the risk of climate change should be interpreted in such a way that these provisions oblige the contracting states to do ‘their part’ to counter that danger.

While it is important to celebrate this stunning legal win – and to think about what it means for climate litigation in countries around the world – we must also recognize the limits of the court order. The Netherlands 2018 emissions were 14.5% below 1990 levels* and the country is expecting to miss the court imposed 25% reduction target (although who knows what COVID-19 means for that projection). The legal consequences of violating the court’s order, should that happen, remain unclear.

It’s wonderful to see the law being used in new and innovative ways to advance climate action. Obviously, not all such actions will be successful. However, each of these milestones demonstrates the potential for the law to achieve climate wins.

West Coast has been on the forefront of this work in Canada – supporting Indigenous nations and youth in challenging fossil fuel infrastructure, supporting carbon pricing and calling for legal solutions to force both governments and fossil fuel corporations to take climate change seriously.

If you are interested in our climate work, we hope that you will consider joining us on May 26th, 2020 for a virtual town-hall on what the COVID-19 pandemic means for our climate work. To register, click here.