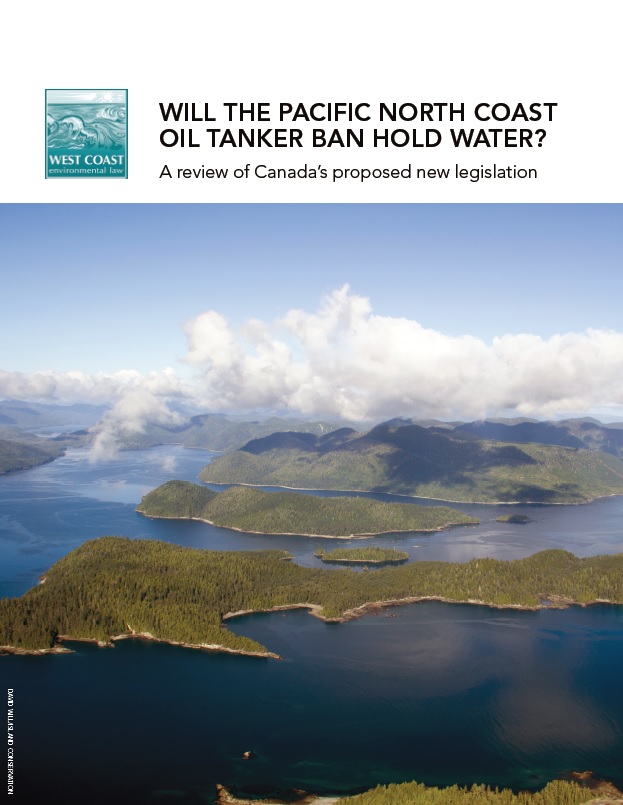 In January 2016, West Coast Environmental Law Association released Keeping Our Coast Clean: Frequently asked questions about an oil tanker ban on BC’s Pacific North Coast, in response to the Prime Minister’s direction to formalize an oil tanker ban on the north coast of British Columbia. Since that time, West Coast lawyers have participated in Transport Canada roundtables, made written and oral submissions, and met with Ministers and federal officials to advocate for strong oil tanker ban legislation, in collaboration with allies from First Nations, labour organizations, northern community groups and environmental organizations.

On November 29, 2016, the federal government announced that it will introduce legislation in spring 2017 to entrench an oil tanker ban on the north coast of British Columbia, and it provided preliminary details on the content of the legislation.

There are a number of points to applaud in the federal government’s oil tanker ban proposal. In particular, it would be legislated by an Act of Parliament, it would not have an expiry date, and it would prevent future massive crude oil supertanker proposals similar to the now-defunct Enbridge Northern Gateway.

However, as currently proposed, the oil tanker ban would not prevent existing bulk petroleum product shipments in tank barges pushed by tugs such as the recently-sunken Nathan E. Stewart. Nor would it prohibit supertankers carrying refined oil products such as those proposed to be produced by the two oil refinery projects near Kitimat that have begun a federal environmental assessment.

Further, there is not currently enough information to confirm with certainty that Canada’s proposed threshold of 12,500 tonnes for when the oil tanker ban “kicks in” is sufficiently restrictive to deter new projects proposing to introduce smaller-scale bulk crude or persistent oil imports and exports in the region.

To this end, West Coast recommends that Transport Canada publicly release the information it has gathered regarding past and existing marine oil transport in BC’s north coast region, as well as provide a detailed rationale for its proposed 12,500-tonne threshold.

In Will the Pacific North Coast Oil Tanker Ban Hold Water? A review of Canada’s Proposed New Legislation, West Coast addresses the federal government’s proposal for oil tanker ban legislation in more detail and evaluates its strengths and weaknesses. We will also be keeping a keen eye out for the oil tanker ban Bill that is expected to be tabled within the next couple months.