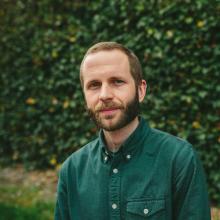 Gavin (he/him/his) believes in the power of the land to transform and sustain us, and he believes in the integral role of Indigenous laws and governance in that process.

Gavin joined West Coast Environmental Law in 2013 to lead the organization’s efforts to stop the Enbridge Northern Gateway pipelines and tankers proposal. His work focused on supporting Indigenous Nations that had applied their own laws to prohibit the project in their territories, and included acting as counsel in a successful legal challenge to the federal government’s approval of Northern Gateway.

Since then, Gavin has worked on an array of issues at West Coast, including securing the federal Oil Tanker Moratorium Act for the north coast of BC, passage and implementation of BC’s new Environmental Assessment Act, advancing mineral tenure reform, and supporting the work of a number of Indigenous Nations revitalizing their own laws through the RELAW program.

Gavin’s family immigrated to Canada from Britain and the United States shortly before he was born on Coast Salish territories in Vancouver, BC. He holds a BA from UBC (2007), a JD from the University of Ottawa (2011), and he practiced Aboriginal law at a private firm prior to joining West Coast. Gavin lives in Gidimt’en Clan territory of the Witsuwit’en Nation in Smithers, BC.