After 2021, we need to prepare for future Years of Climate Disaster™ | West Coast Environmental Law

News & Events » Environmental Law Alert Blog » After 2021, we need to prepare for future Years of Climate Disaster™
Back to top

After 2021, we need to prepare for future Years of Climate Disaster™ 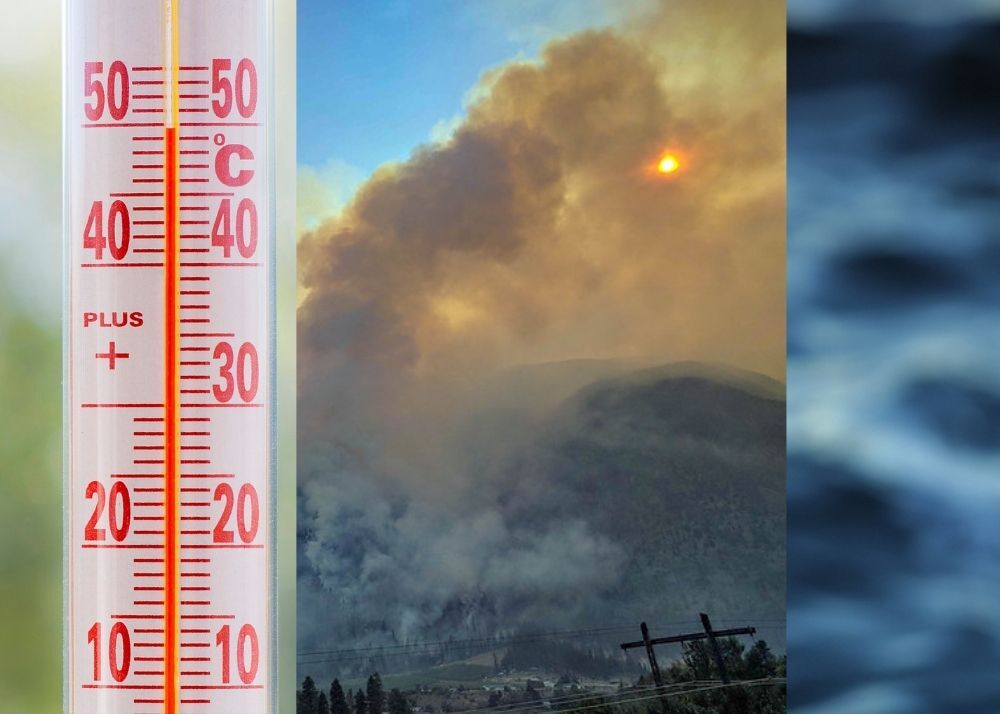 The BC government’s response claims that these remarkable events were unforeseeable, Premier Horgan said when BC declared a state of emergency:

Unprecedented. As was the impact of heat in the summer. These are extraordinary events not measured before, not contemplated before in putting in place where people will live, where roads are constructed. A whole host of initiatives about adaptation to the world that we now live in with respect to climate change will flow not just from the events of this past year, but those which we can now better predict based on these extraordinary once-in-500 year events. (…) I think all British Columbians fully understand that now we need to better prepare for events like this. But we couldn't have even imagined it six months ago.

To have so many impacts of this type in a single year is mind-blowing. In its annual top 10 weather disasters list, Environment Canada said that BC was “baked, dried out, scorched, flooded and inundated with mud, rock and debris flows." The summer brought the Heat Dome and wildfires. The winter brought the rain, floods and landslides. BC has seen and experienced disaster after disaster.

On one level, the Premier’s shock is not wrong. I have been predicting for years that climate change would cause massive costs to British Columbia, but I was talking in the coming decades, not 2021! On another level, it’s misleading to say that we could not have imagined these types of events six months ago, as many of these climate impacts are exactly what the government itself predicted in its 2019 Preliminary Climate Risk Assessment.

As the Premier highlighted, fossil fuel pollution in the atmosphere is making events like we’ve seen this year much more frequent. It gives us a glimpse of just how costly the fossil fuel economy is becoming and underscores the need to rapidly move away from producing and using fossil fuels, and to build more climate-resilient communities. I hope that the BC Government and the Premier deliver on his pledge to do better on preparing for events like this; however, past provincial plans to prepare for climate impacts have been lacking on detail.

In 2018 the Auditor General warned that BC needed to do more to protect its citizens from climate change, noting that the 2011 Climate Adaptation Strategy had not been updated in almost a decade. The Auditor General recommended that BC assess how the Province is vulnerable to changing climate impacts, which it did, at least to some degree, in its 2019 “Preliminary Climate Risk Assessment” (the Assessment).

While the Premier may not have expected such climate impacts this year, the Assessment did predict:

The Assessment analyzed 15 different “provincially significant” climate events/impacts (including the four just noted) that are increasing in intensity and frequency due to climate change. It assessed the likelihood of such events comparing 2019 to 2050, demonstrating that these risks are getting worse and more frequent with climate change. It pretty much predicted the weather-related disasters we’ve experienced in 2021, albeit with some differences.

With the recent floods and landslides, 2021 has now delivered about one-third of the “provincially significant” climate impacts. Climate impacts are no longer abstract for British Columbians. Real people have suffered real impacts, and we have to ask ourselves whether the Assessment has underestimated the risks of climate change and how BC can do a better job of protecting itself from climate change.

The Assessment examined two “provincially significant” scenarios of flooding from a river. The first warned of a serious flood, which (but for climate change) would ordinarily be expected once in 50 years, affecting a single community. The second warned of a one-in-500 year flood in the Lower Fraser, flooding heavily populated areas of BC. Both events are getting significantly more likely due to climate change with the worst-case flood being roughly a one-in-100 year event by 2050.

The BC Premier referred to the recent flooding as a one-in-500 year event, yet the worst case flooding scenario in the Assessment suggests that a true one-in-500 year flood will be even more severe, resulting in ten to 100 deaths, hundreds of injuries, and economic losses exceeding $20 billion as huge areas of the Lower Mainland become flooded.

However, the 2021 flooding is more severe than the “moderate” flood scenario, which predicted economic losses between $10 and $99 million. The Insurance Bureau of Canada recently called the floods the “most costly severe weather event in the province's history”, estimating insured losses at $450 million. Since there are many uninsured losses, the total damages are almost certainly well above $1 billion.

An important difference between the 2019 Risk Assessment scenarios and the 2021 floods is that the Assessment thought that flooding was much more likely in the spring, a combination of spring rains and melting snowpack. The moderate floods were estimated to occur about one-in-100 years (in any given community), rising to about once every 11-50 years in 2050. The fact that we have had several disruptive community-specific floods in the past few years calls this estimate into question. The more extreme one-in-500 year scenario is expected to increase in frequency by 2050 to about one-in-100 years.

We’ve had major BC highways destroyed by landslides, impacting BC’s economy significantly. The Risk Assessment saw this coming, stating that:

[A significant] landslide would affect one or more major transportation routes in Hope, B.C., causing provincially significant disruptions to transportation and the movement of goods and services across the province.

The Risk Assessment correctly predicted the “potential for up to 10 deaths due to falling debris if the landslide affects one of the three major highways” and predicted that:

Damage or destruction of key transportation infrastructure, utility infrastructure, or economic resources such as timber, could cause weeks-long disruptions to major economic sectors. For example, road/rail closures, delays, or reroutes could affect the movement of goods and services.

We’ve now had record-breaking wildfire seasons for three out of the past five years, and not surprisingly “Severe Wildfire Season” was one of the top climate risks considered in the Risk Assessment. The Risk Assessment defines it a “severe” season if more than 1 million hectares of forest is burnt, which happened in 2017 and 2018, with 2021 falling short at ~0.87 million hectares. According to the Assessment, a severe wildfire season is currently likely to occur once every 50 years.

The wildfire climate impacts described in the Assessment:

By 2050, the Assessment estimates that wildfires should reach such intensity every 2-10 years, on average!

The Assessment describes a heat wave event in which several regions of the province would have “3+ days above 32°C” leading to 100+ deaths and 1000+ injuries, costing more than $100 million. The actual heat wave was hotter than the one predicted, reaching 40°C+ in much of the province, but the Risk Assessment still makes for eerie reading.

The Risk Assessment estimated that a 32°C+ heat wave is currently expected to occur every 11 to 50 years, and that this would rise to every 3-10 years by 2050.

Has BC accurately estimated the risks?

BC knew that the types of climate impacts we experienced this year could occur, and will occur more frequently in the future due to climate change. However, it remains a surprise that so many of them occurred in 2021. The Assessment’s authors chose to treat climate impacts as discrete events – separate from one another while also recognizing that this is not realistic:

To simplify and facilitate analysis, the risk assessment considers risk events in isolation. But many risks are interrelated. The consequences of back-to-back events could be significantly greater than any single event alone, both due to more significant impacts of subsequent events and greater sensitivities or lower adaptive capacity of systems still recovering from previous events.

The Assessment doesn’t just acknowledge this in passing: there are many pages of narrative discussion explaining how climate risks can “compound,” including a strong recommendation for further work to be done exploring compound impacts. The discussion, for example, of how drought in California led to wildfires and landslides is very reminiscent of what happened in BC this year, and could have helped us to better prepare.

If the government has done further work on compound climate risks, it has not been released publicly at this stage. However, 2021 shows us why we cannot ignore these types of compound climate risks. The heat wave led directly to drought and wildfires, which in turn exacerbated flooding and landslides. Even if the risk of the Heat Dome was very low, once it occurred, it increased the risks and severity of everything else that happened subsequently.

Still, I’m uncertain if the compounding nature of climate risks fully explains the year we’ve had.

Scientists who examined the 2021 Heat Dome predicted that 40°C heat waves may occur every 5-10 years by 2050, but it was still so unlikely in the models for 2021 (rarer than a one-in-one-thousand-year event) that the scientists wondered whether something else wasn’t going on – something not yet being captured in the climate models. Scientists describe how “nonlinear interactions in the climate have substantially increased the probability of such extreme heat, much beyond the gradual increase in heat extremes that has been observed up to now.” In other words – there is a chance that the global fossil fuel pollution in the atmosphere is causing a rapid increase in the risks of heat waves through mechanisms that scientists don’t yet understand. The scientists recommended further research into this alarming possibility.

Similarly, the possibility of flooding like we’ve seen this year was considered much more likely in the spring, but we had it in the fall – a scenario so unlikely it is hardly mentioned in the Climate Risk Assessment.

This possibility, while still speculative, may mean that we have less time to shift away from fossil fuels and to build climate-resilient communities than we thought. And that Premier Horgan, and all of us, should increasingly expect the unexpected and unprecedented when it comes to climate impacts.

Premier Horgan may not have expected the types of climate impacts we’ve seen in 2021, and perhaps that’s understandable. But if so, 2021 has to be a wake-up call. From 2022 onward, we have to start expecting and preparing for these types of impacts. Starting in 2022 we need to start discussing the climate change costs how much the fossil fuel economy should pay for it (hint, the fossil fuel industry should pay at least some of it). Starting in 2022 we need to move more aggressively to shift our communities away from fossil fuels and to build climate resilience.

I’m hopeful that in the New Year, BC learns from 2021, BC’s Year of the Climate Disaster™.