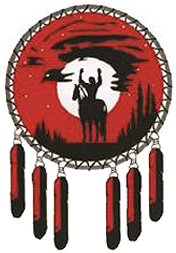 The headlines were enough to make you wonder if you’d stepped into an alternate universe: a mining corporation suing the Crown for transferring land interests to First Nations without adequate consultation.

China Minerals Mining Corporation (“China Minerals”) and its subsidiary Cassiar Gold recently launched a case against the Provincial Government in the BC Supreme Court, seeking to invalidate an incremental treaty agreement between BC and Kaska Dena First Nations. The corporations’ main argument is that BC breached procedural fairness by not adequately consulting them about transferring land in which the corporations have mineral claim interests. There has already been some speculation that this complaint could ultimately end up being the first arbitration under the Canada-China Foreign Investment Protection and Promotion Agreement, which emphasizes the alarms that West Coast has previously sounded about the Agreement (see here, or here). The issue will be worth keeping an eye on.

Surprisingly overlooked, however, is the great underlying irony of a mining corporation complaining that it has been prejudiced by BC’s transfer of land interests to a First Nation without proper consultation. None of the articles appearing in the Globe and Mail, Vancouver Sun, or Business in Vancouver consider the flip side of the coin: were Kaska Dena First Nations’ pre-existing Aboriginal title and rights infringed when mineral tenures were acquired by the mining corporations in the first place? Was there consultation and consent from Kaska Dena First Nations at that time? The answer to the latter question is almost certainly “no”, as BC’s gold-rush era mining laws allow staking of mineral claims without consultation with anyone, including the provincial government itself, private landowners or First Nations. This is despite an important decision from the Yukon Court of Appeal, which found that the system of allocating mineral rights that is central to mining law in much of Canada, including BC (the “free entry” system), is inconsistent with the obligation of the Crown to consult First Nations on decisions that may impact their title and rights.

The fact that this flip side of the China Minerals coin was not even considered in media reports highlights some pervasive misconceptions about First Nations’ title, rights and systems of governance and law. Consider for example the basic complaint of China Minerals:

Although the transfer does not necessarily extinguish the company’s subsurface mineral rights, the company is viewing it as a de facto expropriation of rights, since the Kaska Dena have plans for a run-of-river power project on the same land where Cassiar Gold planned to build a mine.

“Their rights have been effectively expropriated by the conduct of the government,” said Joan Young, a partner at McMillan LLP, the firm representing Cassiar Gold.

“They’ve just given over the land to this third party [Kaska Dena Council]. The third party has interests in doing things on the land that are inconsistent with Cassiar’s desire to develop a gold mine.”

You’ll note the statement that BC is “just giving over” the land to Kaska Dena First Nations. According to this version of reality, as exemplified in this Business in Vancouver article about to the China Minerals case as well as ongoing land-use negotiations such as those between the Tsilhqot’in National Government and BC, the Crown “gives away” or “hands over” property to First Nations to settle their “claims” to land, with the key purpose being “to bring some certainty to land-use questions in B.C.” In this narrative, First Nations are “third parties” claiming land from BC which mining corporations already have an interest in, and when negotiations happen without the corporations at the table then business certainty is threatened and procedural fairness obligations to the corporations are breached.

That alternate universe, however, overlooks an important legal reality: First Nations already have Aboriginal title to their lands, and they have legal authority to govern and use those lands that predates the arrival of Europeans, not to mention the arrival of mining companies. In the words of the BC Court of Appeal in Saik’uz First Nation and Stellat’en First Nation v Rio Tinto Alcan Inc, Aboriginal title does not depend on a Court declaration or Crown recognition for its legal existence, rather: “All that a court declaration or Crown acceptance does is to identify the exact nature and extent of the title or other rights.” The Supreme Court of Canada affirmed in Tsilhqot’in Nation v British Columbia that Aboriginal title includes a First Nation’s right to use and proactively manage the lands, and to benefit from the lands in a manner that respects the interests of future generations. Those use and management rights are real and they exist right now. So, in negotiating with First Nations, the Crown is not “giving away” land to “third parties” – it is fulfilling a constitutional obligation to negotiate in good faith to recognize the pre-existing jurisdiction of First Nations, in the wake of generations of denial and injustice.

Truly successful environmental management in Canada requires advancing respectful, collaborative nation-to-nation agreements between First Nations and the Crown that recognize Aboriginal title and governance. Mining corporations typically will not be major players at such negotiating tables because they do not have their own jurisdictional authority. In claiming that their rights are being compromised when land is “given away” to First Nations, corporations should keep in mind that, legally speaking, the true giveaway may have occurred when they obtained an interest in Aboriginal title land without the First Nation’s consent.