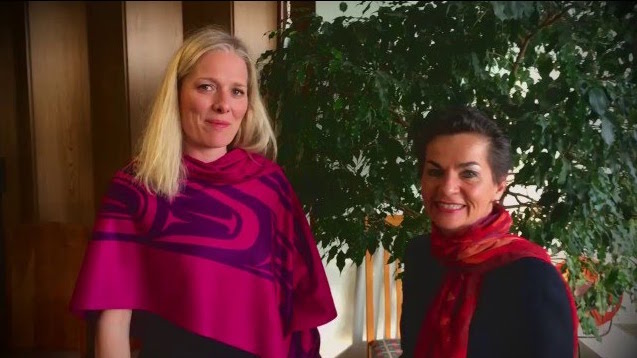 [Update: 7 October 2016 - We received a response from Canadian Minister of Environment and Climate Change, Catherine McKenna, today acknowledging our open letter and confirming that "Ensuring transparency and accountability for planning and implementing climate actions is a priority for the Government of Canada." We appreciate Minister McKenna's response.

Canadian Environment Minister Catherine McKenna and her staff are in the process of working with the provinces to develop a national Climate Change framework. But, as BC’s recently released “Climate Leadership Plan” demonstrates, it is absolutely essential that the framework include mechanisms to keep politicians honest about their climate leadership (or lack thereof). BC released a “plan” that fails to explain how BC will meet its goals. In the following open letter to Minister McKenna, we call for a national framework that includes the accountability and transparency that will ensure that provinces take on their fair share of fighting climate change and that they are rigorous in figuring out how to achieve those goals.

BC’s recent release of its Climate Leadership Plan underscores the importance of a national framework on climate change that includes accountability and requires a science-based approach to meeting Canada’s international commitments. We write to ask you to make such accountability and consistency between provinces and across governments a key feature of the national framework. Some of the key features of mechanisms for accountability are outlined in our report sent to you last December, A Carbon Budget for Canada.

When the BC government released its Climate Leadership Plan it did not accept the CLT’s full suite of recommendations. The media coverage that followed focused on the failure to accept the CLT’s recommendation to increase or expand BC’s carbon tax, but in our view the real story was the failure (once key recommendations were dropped) to provide any concrete plan to achieve BC’s legislated 2050 target (or other interim targets). Indeed, Dr. Sybil Seitzinger, of the Pacific Institute for Climate Solutions, speaking at the government’s press conference, emphasized the plan’s shortfall:

[W]hile the 21 actions announced in this new plan hit all the major sources of emissions – collectively, they will not take us even half way towards the [2050] 13 million-tonne target.

A credible climate leadership plan, if not following key CLT recommendations, would have proposed alternate measures to achieve BC’s targets and would have modelled the implementation of those measures to ensure that they would achieve those targets. Some of the strategies included in the plan are positive. However, without a requirement of an accounting between the measures being taken and the long-term (and interim) targets, the BC Climate Leadership Plan can only be viewed as a grab bag of strategies rather than an actual plan to achieve the stated goals.

Each province and territory will have its own ideas of actions that are worthwhile taking, particularly actions which also achieve other goals or political aims. But if there are no requirements that those actions result in provinces doing their part towards achieving Canada’s greenhouse gas reduction targets, and create public accountability if the provinces fail to do so, there will be very uneven and inequitable action between provinces. Provinces will have an incentive to pledge ambitious targets without any requirement that they actually do the work to achieve those targets. Based on the shortcomings of the BC Climate Leadership Plan we are doubtful that Canada’s targets will be achieved without some greater level of accountability for the provinces.

It is well recognized that accountability for planning and implementation of plans is essential to successfully achieving greenhouse gas reduction targets. The Kyoto Protocol  Implementation Act, until its repeal, and Bill C-311, the Climate Change Accountability Act, which your party supported, both charged the National Roundtable on Environment and Economy (since disbanded by the Harper administration) to evaluate whether the government’s plans would credibly achieve the targets set under those statutes.

Similarly, Quebec charged an expert committee with an ongoing role of “monitoring the 2013-2020 Climate Change Action Plan,” while Ontario’s Environment Commissioner has issued periodic reports on the government’s plans and progress towards achieving the province’s climate change goals.

We would suggest that a national accountability mechanism, along the lines proposed in A Carbon Budget for Canada, would be more efficient and provide for consistency across provinces.  At the end of the day, however, the important thing is that each province has a plan that credibly and transparently shows how it will achieve its targets and/or its fair share of Canada’s national target. Accountability must be an integral part of the national framework that you are in the process of developing, from both a fairness and an efficacy perspective.

Can you please confirm that your government is working towards a national framework for climate change under which provincial plans will actually achieve their fair share? Kindly provide details of the options being considered to ensure that the different governments are accountable for meeting their respective greenhouse gas reduction targets. We refer you again to our report, A Carbon Budget for Canada, and would be pleased to provide you or your staff with further information or explanation.