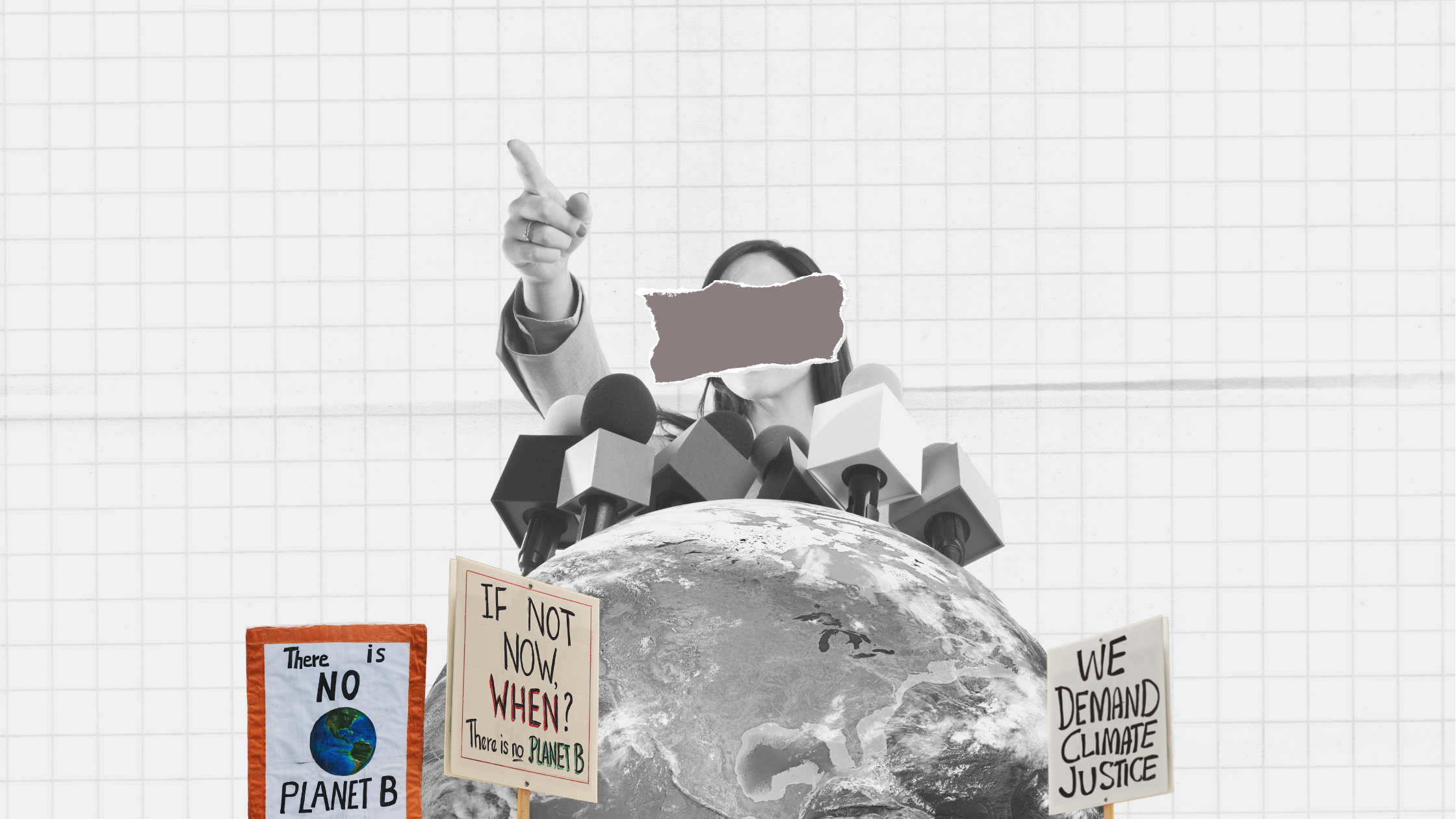 The election is over, subject to the counting of mail-in ballots in a handful of close races.* The new Parliament looks very much like the old Parliament, and many people are asking: did this accomplish anything?

On the climate file, much has been written about the relative merits of the party platforms, with some praising the Liberal platform as the strongest, and others attacking it as inadequate. We ourselves have written about how the platforms addressed the role of the oil and gas industry in achieving Canada’s climate targets.

This post, however, is not on the specific party positions, but rather lessons from the election campaign for future climate platforms. In many ways the 2021 election represented a shift in how climate change was discussed and debated in an election context, and we believe that the planet and Canadian communities will be well served if we see these new trends continue in future elections.

First, as many have noted, this is the first Canadian election in which all parties that won seats had a credible climate plan (or at least something that they could claim as credible). This is critical, because it is important that all parties own climate change as an issue and continue the tough work of reducing greenhouse gas (GHG) emissions whether or not they are elected. When climate change is not a partisan issue, we can expect more cooperation and less spreading of climate misinformation by politicians.

It is not surprising that the Liberal climate platform is detailed and credible: it’s more or less what they developed while in government, with a few additions. Their emissions targets are arguably ambitious, although not reflecting the urgency of climate change or Canada’s fair share of what needs to be done.

The Liberals also managed to claim the narrative on climate change in ways that gave many voters the impression that they were the most reasonable choice on climate change. This is partly due to the Party’s skill in managing public debate, but also relates to other lessons, discussed below, from the campaign.

Both the Liberals, by virtue of being the incumbent government, and the Conservatives, by paying the climate-modeller Navius, had their plans vetted by climate models. They were able to point to experts who said that yes, their plans would do what they said they would. The NDP and Greens, however, did not get the memo and came to a climate fight with unmodeled platforms.

Early on in the campaign, Mark Jaccard, one of Canada’s foremost climate experts, wrote a piece judging what he called the “sincerity” of the parties’ climate platforms. To make a short story even shorter, he gave much higher marks to parties that had modelling showing that their plan would achieve its goals, giving the Liberals 8 out of 10 and the Conservatives 5 out of 10. For the Greens and NDP, he made educated (but sometimes arguably unfair) guesses as to what was meant by their platform commitments (at the time the Green’s platform had not yet been released), estimated the emissions associated with them and awarded them third and fourth place respectively.

Jaccard’s approach has short-comings and people can legitimately disagree with it. His approach doesn’t judge on what level of ambition is appropriate, arguably rewarding less ambitious, easy-to-achieve climate platforms. He also leaves the impression that any party that is too ambitious on climate change would cause serious harm to Canada’s economy, which is not helpful or accurate. It is worth noting that members of the Climate Action Network Canada, including West Coast, had modelling done by Navius showing that a 60% reduction in GHGs by 2030 (which is the same as the Green Party target) could be achieved with modest impact to the country’s GDP, and with some interesting economic benefits.

However, Jaccard’s emphasis on the importance of modelling helped set the tone for discussions on climate platforms for the remainder of the election. This focus on modelling is, in our view, correct for at least two reasons (although we’ll also offer some cautions).

First, to model you need to have at least some detail about how the measures in your platform will work; overly vague platform commitments won’t cut it. Therefore, modelling forces parties to think carefully about what they are promising, resulting in more fully realized climate plans. If you don’t model, and your climate promises are vague, you may find an expert like Jaccard filling in the blanks and doing the modelling for you (and you may not like the results).

Second, modelling helps Canadians understand whether your plan will actually do what you say it will, and what the impact might be.

Now for the cautions: first, the assumptions that are put into climate models can dramatically change the outcome. A climate model that, for example, assumes that experimental “negative emissions” technologies will become cost effective will have a very different result than one that assumes that those technologies remain out of reach.

Second, the emphasis on climate models favours incumbent governments, who had their climate plans modelled during their time in government.

Alan Andrews, a lawyer at Ecojustice, has floated the idea that maybe parties should be able to get their climate platforms modeled by Canada’s Net-Zero Advisory Body, an expert panel created under the Canadian Net-Zero Emissions Accountability Act. We agree that this approach would reduce incumbency advantage and help ensure that the assumptions behind modelling have some consistent, independent oversight.

Third, while modelling forces parties to think about how their climate measures will work, it doesn’t necessarily address the non-climate-related costs or risks of the measures. For example, during the election campaign University of Alberta Professor Andrew Leach pointed out repeatedly that one Conservative Party proposal for a “low carbon savings account” would be difficult and expensive to manage and would invade people’s privacy. But these challenges don’t affect how the proposal works in a climate model, so didn’t prevent Navius from modelling it.

Having modelling done doesn’t remove the need to ask tough questions about how climate plans work, but it does introduce a level of accountability and transparency that we like. In many ways the expectation of a fully modelled climate platform is equivalent to the expectation that party platforms will be “costed” and reviewed by a third party to demonstrate financial accountability.

At least two of the parties campaigned like it was 2019, and it showed in their climate plans.

The Conservative Party of Canada (CPC), with its newly developed climate plan, was focused on achieving Canada’s old climate target from 2019. Although leader Erin O’Toole repeatedly insisted that his Party’s plan would achieve “Canada’s Paris Target,” he was talking about Canada’s old Paris target (30% reduction in GHGs by 2030), not its current one (a 40-45% reduction in GHGs). The Paris Agreement encourages each country to increase the ambition of its climate targets on a regular basis, and Canada back-tracking to its earlier targets would have had implications well beyond our borders, fundamentally weakening one of the foundations of the Agreement.

The New Democratic Party platform, while adopting a more aggressive 2030 target (50% reductions by 2030) and including new commitments to sectoral targets, drew very heavily on its 2019 platform (as well as being, frankly, vague.) One particularly harsh commentator argued that the party’s new platform offered “hardly any substantive change in the key policy ideas.”

Meanwhile, Liberal thinking on climate action has evolved substantially since 2019, and it showed in their platform. Liberal candidates, faced with a surging threat from the Conservative Party early in the campaign, chose climate change as a key differentiating issue, emphasizing that the Conservative Party would take us backward on climate change, while also unveiling several new climate planks in the platform (notably the promise to cap and reduce oil and gas sector emissions).

The Greens too had a completely rewritten platform, while keeping its same ambitious 2030 goal, although the platform was unfortunately launched relatively late in the campaign.

As Jaccard’s analysis suggests, achieving the emissions reductions set out in plans is important. But setting ambitious goals is even more important to our collective survival, otherwise we are in a race of mediocrity that will still result in climate disaster.

The moral of the story is – if you’re not moving forward, you might be left behind.

One other comment that we’ve heard from our French colleagues is how shocked they were by the difference between the English- and French-language discussions about climate change.

The English language debate included a question that asserted that “Canada’s transition to a green economy depends on pipelines,” and another about convincing Canadians that climate change is real. During the debate, CPC Leader, O’Toole was largely unchallenged on his claims that the oil and gas industry had reduced greenhouse gas emissions (the opposite is actually the case). By contrast, the French language debates grappled with the question of whether expanding oil and gas development could be reconciled with climate action.

Canadian English-language media needs to do better to educate Canadians on the role that the oil and gas industry has played in our country missing its climate targets, and on the limits of technological fixes. Right now, the two national language audiences are hearing very different public debates about climate change, and we need to do better.

After a summer that included hundreds of climate-related deaths in BC, as well as massive wildfires, many of us were hoping that climate change would play a still larger role in the 2021 election. Nonetheless, it is important to realise that things did shift – maybe not as dramatically as we were looking for, but in ways that we hope will influence future elections and parties that want to be viewed as serious contenders in Canadian politics.

*At the time of writing