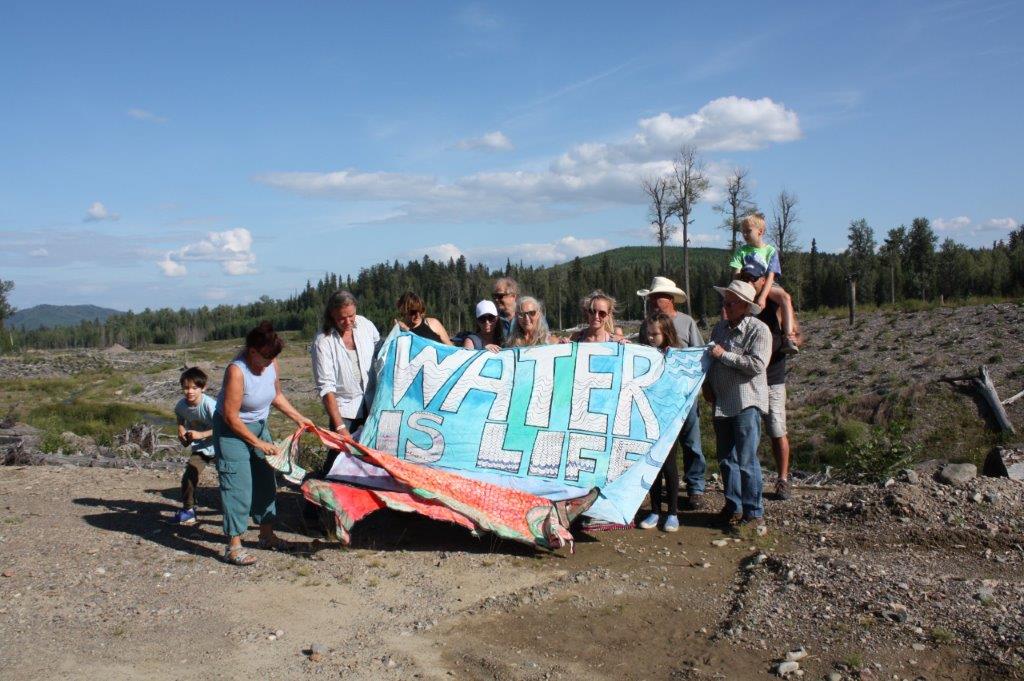 This August, BC residents marked yet another dismal anniversary since the Mount Polley Mine disaster. It has now been six years since the mine’s tailings dam collapsed, spilling almost 25 million cubic metres of toxic mine waste into surrounding waterways and Quesnel Lake.

Despite the ample time and evidence of harm resulting from the dam failure, the Mount Polley Mine Corporation has yet to face charges for environmental damages. Two deadlines for laying charges – provincially and federally – have now passed with no action from government prosecutors. In fact, in 2018 the BC government stomped out a private prosecution launched by Bev Sellars of the Xat’sull First Nation, which could have helped to enforce provincial environmental laws and hold the company accountable.

While the possibility of more serious charges (known as indictable charges) remains under the federal Fisheries Act, the evidence is getting older, and the chances appear slimmer with each passing year. Meanwhile, residents still have serious concerns about water quality in Quesnel Lake. A scientific study from the University of Alberta released just last week suggests that natural currents within the lake mix the contaminants from the spill back into the lake water each year.

Although operations have been suspended at Mount Polley since May 2019, toxic wastewater is still being produced – so the company continues to pump improperly treated mine effluent directly into Quesnel Lake. But local residents, with help from West Coast, are challenging this government-approved pollution – with an appeal to the province’s Environmental Appeal Board.

In 2015, when Mount Polley applied for a temporary permit to discharge mine wastewater into Hazeltine Creek, local resident Christine McLean was ready to take action. Along with her friends and neighbours, she had co-founded a grassroots group called Concerned Citizens of Quesnel Lake (CCQL), and had become increasingly involved in community meetings and consultations following the disaster.

After an unsuccessful attempt to stop the first discharge permit for Hazeltine Creek, CCQL approached West Coast Environmental Law for some legal help.

“In 2017, when we knew they were going for a permit for the pipes to discharge directly into Quesnel Lake, I knew that we needed to be ready for that,” says Christine. “By that time I had made contact with West Coast Environmental Law, along with MiningWatch Canada and a few other groups that were just mentoring me and helping me understand what I might be able to do – or not be able to do.”

With support from our Environmental Dispute Resolution Fund, Christine and CCQL hired a lawyer and environmental experts to assist them in challenging the mine’s discharge permit. They launched an appeal with the BC Environmental Appeal Board, and have continued to attend meetings, write letters, and inform other residents about the risks of releasing toxic effluent into the natural environment.

BC’s Environmental Management Act governs industrial pollution in the province – in most cases requiring polluters to have a permit from the province before they can discharge waste into the environment. The government has a lot of discretion about how and when they will allow pollution, but people affected by a permit can appeal to the province’s Environmental Appeal Board (EAB) for a second opinion.

The permit granted in 2017 allows Mount Polley to release up to 52 million litres of diluted wastewater from the mine per day, through a pipe deep down in Quesnel Lake. While the BC government has assured residents that the discharged water would meet drinking water guidelines, when pressed on the matter the Ministry of Energy and Mines admitted that those water quality guidelines would only be met “at the edge of a dilution zone” – which is 100 metres from the end of the discharge pipe in Quesnel Lake. 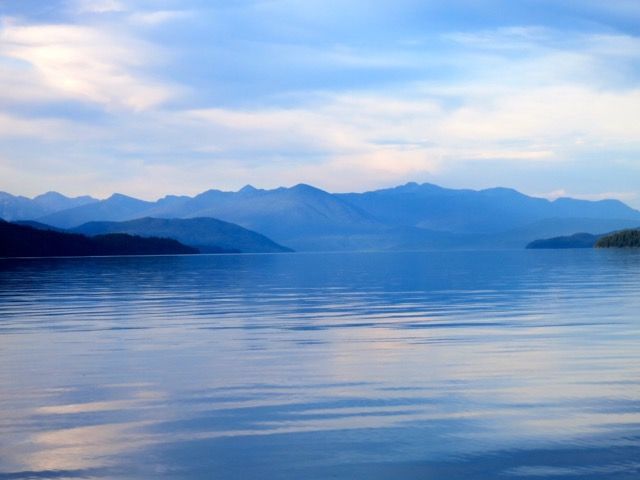 Of course, CCQL has not been the only group challenging the effluent discharge permit. Members of the group First Nations Women Advocating Responsible Mining (FNWARM) gathered petition signatures in nearby Secwepmec communities, calling on the provincial government to ensure that only fully-treated water would be returned to Quesnel Lake.

And interestingly, the company itself has asked for changes to the permit – more than once – since it was initially granted. Deemed “minor amendments” by the Ministry of Environment, the changes requested by Mount Polley were not required to go through a public process before being approved. Twice, the company got what it asked for: amendments that would make it easier for the mine to meet the permit requirements.

Mount Polley has been out of compliance with their discharge permit since 2017 when they got it. Until February 2020, they were out of compliance. They weren’t charged. There wasn’t a penalty or fine for being out of compliance, and the Ministry of Environment approved the amendments that the mine was asking for in order for the mine to become compliant. The mine can’t meet the requirements of the permit, so they push the goal posts. Does that make any sense at all?

Christine says she only found out about the permit amendments because she sits on the Public Liaison Committee (the creation of this committee was required by Ministry of Environment in the discharge permit). As part of the Committee, she participates in mandated quarterly meetings with the mine and BC ministry officials.

To make things even muddier, soon after the latest amendment was approved in February this year, Christine says Mount Polley appealed the same discharge permit yet again. This time, she says, it’s because the Ministry of Environment “dropped some wording in there that they didn’t like” – particularly a requirement for the mine to remove the discharge pipe from Quesnel Lake by 2022. The minor amendments and Mount Polley’s appeal have resulted in delays in CCQL's own appeal process as the parties wait to see exactly what the permit will look like.

What’s next for the appeal

Right now, Christine says their group is awaiting news from the EAB about when their hearing might be scheduled, acknowledging delays due to the COVID-19 pandemic.

In the meantime, CCQL is working with environmental engineers on an “options analysis” for water management at Mount Polley. The options analysis is intended to assess potential alternatives to the current problematic water treatment system. Since the company has not provided alternatives to discharging the waste into the lake, CCQL and their experts decided to do this assessment themselves.

“The options analysis will help us learn – and be able to take to the EAB as evidence – other processes that they could use in order to clean their water,” Christine says.

The Environmental Appeal Board often defers to government in its decisions, so Christine and her allies face an uphill battle. But it’s a fight that West Coast is proud to support.

“We don’t argue that they have a water problem. We don’t want to shut the mine down, that’s not our intention, and the group is very clear about that. Lots of people who live on the lake have family members who work at or depend on the mine … This is about doing it right.”

Keeping up the pressure

All of this effort by Christine, CCQL, and many others has helped to keep the pressure on the mining company – and on the BC Ministry of Environment – to address community concerns. While it hasn’t yet resulted in better water treatment practices at the mine, there are some signs that community involvement is having an impact.

“The Ministry of Environment is getting a little tougher, which is good,” notes Christine. “We’re putting pressure on, and we’re being included more often now in the discussions.”

It’s crucial that community members have a voice in decisions that affect Quesnel Lake. But CCQL knows that there’s a long road ahead before their concerns about the mine’s water problems are resolved.

One major concern for Christine now is the ongoing exploration happening on and around the Mount Polley Mine site – which she fears will lead to an expansion of the mine. Along with the potential re-start of the mine, she says the threat of expansion makes CCQL’s appeal of the discharge permit even more urgent.

“The bottom line is that we want them to clean the water before it hits Quesnel Lake or any other water source in the area,” she says.

Working together for clean water

After six years of learning, spreading the word, and engaging with the mine and provincial ministries, Christine says she has been feeling particularly thankful for all of the allies, colleagues and friends who have helped along the way – including their lawyers (and experts) who provide their services at a legal-aid rate.

“This year, coming into this anniversary, and knowing that the fight’s going to continue and the hardest part is ahead of us still, we’re just grateful for all those people who helped us get up and stay up.”

Funding from West Coast’s EDRF has helped CCQL get to where they are – but they need additional support to continue their ongoing appeal with the EAB. To learn more about CCQL and find out how you can contribute to their work, click here.