Climate change culture shift: What if we fought climate change with the passion of the “war on drugs”? | West Coast Environmental Law

News & Events » Environmental Law Alert Blog » Climate change culture shift: What if we fought climate change with the passion of the “war on drugs”?
Back to top 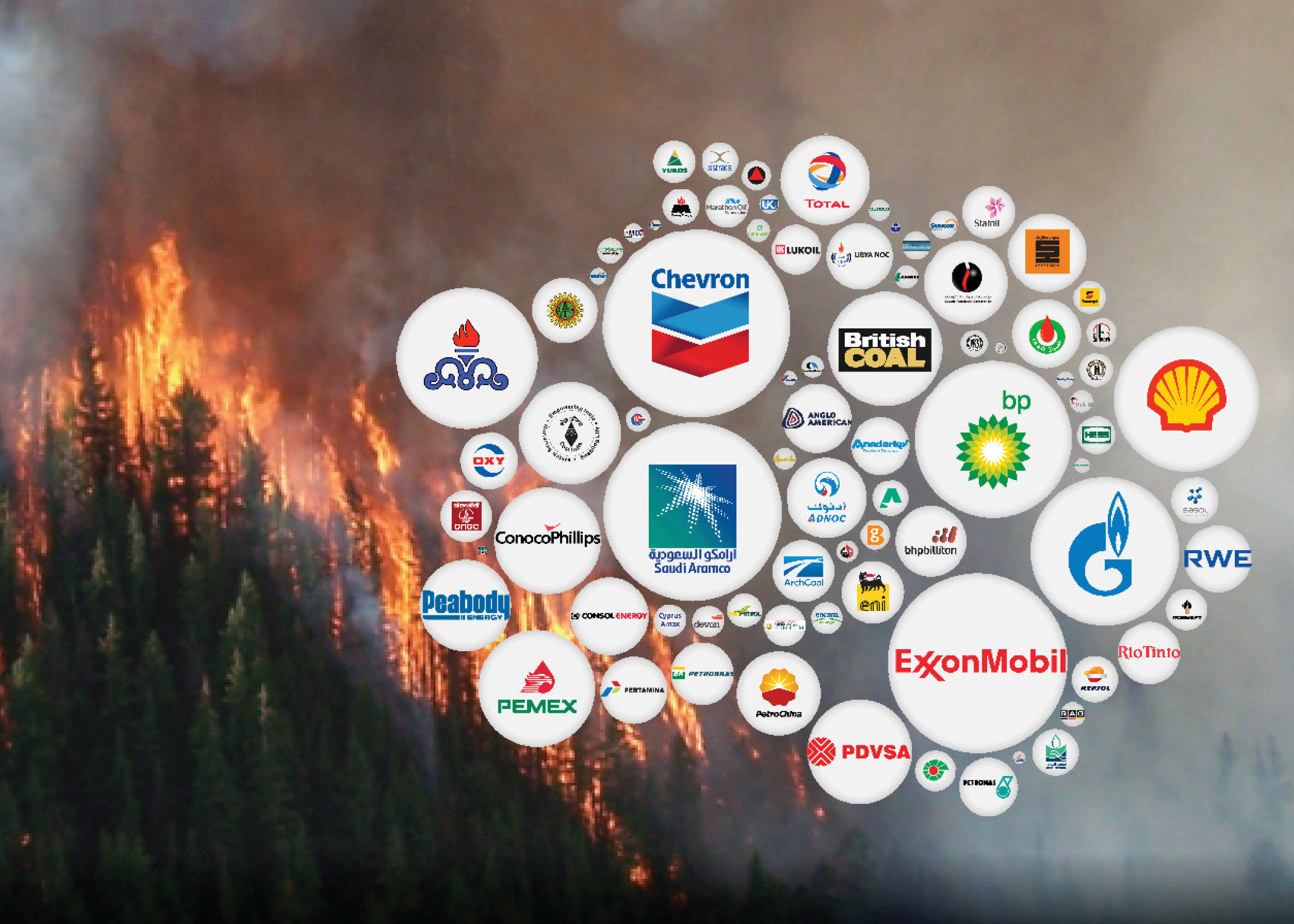 Imagine for a moment that the so-called “war on drugs” focused entirely on addicts, with the manufacturers and sellers of street drugs celebrated as productive members of society who are “just providing a product.”

It’s a fair guess that the manufacturers and sellers of the drugs would advertise their products, spread misinformation about the health risks of the drugs and lobby against restrictions on their use. They would oppose any suggestion that they should help pay for the resulting public healthcare costs, which would eat into their profits.

In short, ignoring (and, indeed, expecting economic benefits from) the role of drug cartels in the drug trade would create strong dynamics that would undermine all efforts to get individual addicts off their drugs, and would dramatically increase public healthcare costs.

In many ways that’s what the fight against climate change is like. Although there are enormous differences between drugs and fossil fuels, scientists tell us that both are bad for us in the long term (while giving us a short feel-good boost).

Applying the “polluter pays” principle to individuals vs. corporations

In the war on drugs it is increasingly recognized that addicts are the victims – unable to change even if they want to. Drug cartels and dealers are treated more seriously. But in the fight against climate change, government action is still overly preoccupied with getting individuals to change their behaviour – even as they are trapped in a world in which there are only so many options for reducing individual emissions.

Individual car users and homeowners that heat with oil and gas are made to feel guilty for a global climate problem that they have no control over. Since we’re all individual consumers we can’t really hold ourselves too responsible, and we tend to downplay the problem.

Fossil fuel extraction and sales won’t be outlawed tomorrow, but we need to talk about the role of fossil fuel companies in causing climate change impacts – and the profits that they make from doing so.

The polluter pays principle – the idea that those who profit from pollution should pay for the harm it causes – is at its core both common sense and good economic theory. In complicated situations like climate change, the solution may involve many different actors being held accountable, but it’s certainly not acceptable for those who profit most to not pay anything.

When people talk about the polluter pays principle in relation to climate change, it’s usually to justify carbon prices that are imposed upon end users, rather than to talk about the companies that extract, process, market and sell the fossil fuels.

Meanwhile Chevron, Exxon and other massive fossil fuel companies are actually subsidized in their efforts to extract yet more fossil fuels from the ground and make more massive profits ($257 billion in 2014 for fossil fuel company operations in Canada and the U.S. alone). These subsidies continue even as governments step in to help the victims of climate change, using taxpayer dollars to prepare for rising sea levels or to rebuild communities from floods, hurricanes or wildfires. Fossil fuel companies have few incentives to turn away from this lucrative business – other than the risk that governments may one day come to their senses and get serious about regulating greenhouse gas emissions.

With economic incentives like this, it’s not surprising that each year governments and companies pay lip service to reducing greenhouse gases, while the blanket of heat-trapping fossil fuel pollution wrapped around the world grows thicker, throwing our atmosphere further out of whack.

Let’s imagine an alternate history. What if when fossil fuel companies became aware in the late 1960s that their products would cause dramatic climate change impacts, they also knew they’d be on the hook for their fair share of the resulting costs? Ask yourself how the polluter pays principle might have changed the history of our planet.

If fossil fuel companies thought “polluter pays” applied to them, and expected to pay even a portion of the costs that their products inflict on communities around the world, they would have made very different business decisions, and we would live in a world in which individual consumers would have access to cheap sustainable technology.

Those economic incentives are why the polluter pays principle works – why it has worked for countless polluting industries. Why doesn’t it apply to the fossil fuel industry? “They’re just providing a service,” we’re told. “They wouldn’t sell it if we didn’t demand it.”

We have the power

The irony is that governments and communities have much more power to demand that global fossil fuel companies pay a fair share of climate impacts than to directly set a carbon price for individuals or to regulate greenhouse gases (which is how we’ve been trying to solve the climate crisis to date).

When a country regulates greenhouse gases, it can only regulate the emissions that occur within its borders, so it can only reduce pollution from fossil fuels that have powered its vehicles, warmed its homes and driven its industry. As a result, each country has an economic incentive to do as little as it can get away with globally – unless a strong international agreement ensures that all countries work together to reduce fossil fuel pollution. Since Canada’s historic greenhouse gas emissions are about 2% of the global total, Canadian regulations alone cannot prevent climate change (although that 2% represents billions of dollars of harm, which we can prevent).

But when a country sets rules to hold fossil fuel polluters liable for harm caused by their pollution (whether through legislation or through the courts) those rules apply to all harm that occurs within the country’s borders – even if the causes of that harm are international. Canadian law can set rules related to harm caused in Canada by the international operations of Chevron, Exxon, and other global carbon polluters. Bangladesh can do the same for harm caused in Bangladesh, Brazil for harm in Brazil, and so on.

In other words, each and every country in the world has the power to set the rules for climate liability – through the courts and existing laws, or through new laws, thereby sending a strong message that the polluter must pay.

Setting legal rules that lay out the consequences for climate harm caused in Canada therefore has a global reach that goes far beyond what convention carbon pricing or greenhouse gas regulations can accomplish. Effectively those made-in-Canada consequences set a global carbon price tied to the harm that climate change is causing in Canada – having a potentially huge impact on the global fight against climate change.

When BC passed the Tobacco Damages Recovery Act, creating new rules for liability related to healthcare costs related to smoking, tobacco giant Imperial Tobacco challenged the new law, arguing that it could not apply to international companies. The Supreme Court of Canada disagreed, holding that BC did have the legal power to set the rules for liability in tobacco cases concerning BC healthcare costs because “no territory could possibly assert a stronger relationship” to the harm suffered.

So we have the power to demand global accountability from fossil fuel companies for climate change costs. Why do those costs – and the fact that the fossil fuel industry made hundreds of billions of dollars selling products that caused them – remain invisible to us?  The reasons are not just legal – but social as well.  In a companion post to this one, we explore how symbolic actions like climate accountability letters and billboards asking fossil fuel companies to pay for our local climate costs increase the likelihood that courts or governments will hold those companies financially accountable.

Won’t the costs be passed on to consumers?

When people hear that we want fossil fuel companies to pay a fair share of the costs of climate change, they sometimes say, “Well, the costs will just be passed on to consumers.”

This is not necessarily true. Historically low oil prices have not always resulted in savings being passed on to consumers. And before that, historically high oil prices resulted in oil and gas company CEOs and investors pocketing a lot of money.

But even if it is true that costs are passed on to the consumer, there are several reasons why this is not such a bad thing.

First, the reality is that we as individuals and taxpayers are already paying for the costs of climate change – and those are getting worse all the time.

Second, we currently pay 100% of our local climate costs, but if a fossil fuel company is required to pay a share of those costs that reflects its global operations, those costs would be passed on to global consumers – not just local consumers. This gives every community a strong incentive to try to recover its climate costs. If we don’t, other communities and countries may decide to do so, and we’ll end up paying a portion of their climate costs without recovering our own.

Third, if fossil fuel companies are forced to increase the price of their products to reflect their true costs, then electric vehicles and other renewable energy technology will be able to compete, and as a result will come down in price as they take up a larger share of the market. We’ll create incentives for a different economy with cheaper, more sustainable options for consumers.

We face a choice between:

The former will help us develop a sustainable economy and avoid the worst consequences of climate change, while the latter ensures that we remain addicted to fossil fuels and increases the harm done to our global atmosphere and our communities.

If “we are all responsible for climate change,” then fossil fuel companies, not just individual consumers, must ultimately play a role in solving the problem.

Corporations that make massive profits selling products they know cause harm are not only laughing all the way to the bank; they also have every incentive to block anti-pollution laws, run aggressive advertising campaigns to convince consumers to consume more polluting product, and spread misinformation. Even worse, companies that develop renewable technology have trouble competing against companies that continue pushing the fossil fuel economy without being held to account.

Most industries are expected to take cradle-to-grave responsibility for their products and pay for their pollution. Equity demands that they – and not the public – pay the costs.

Once our courts and governments use their power to hold fossil fuel polluters accountable, we’ll create a path to a more sustainable future, and force the fossil fuel industry to confront the real costs of their products.

Related Blog Post: This post is part of a two-part series. The associated post – Talking about Exxon’s share of climate costs increases its financial risk – examines how public conversations about the responsibility of the fossil fuel industry for local climate costs greatly increase the potential for the type of economic accountability discussed in this post.