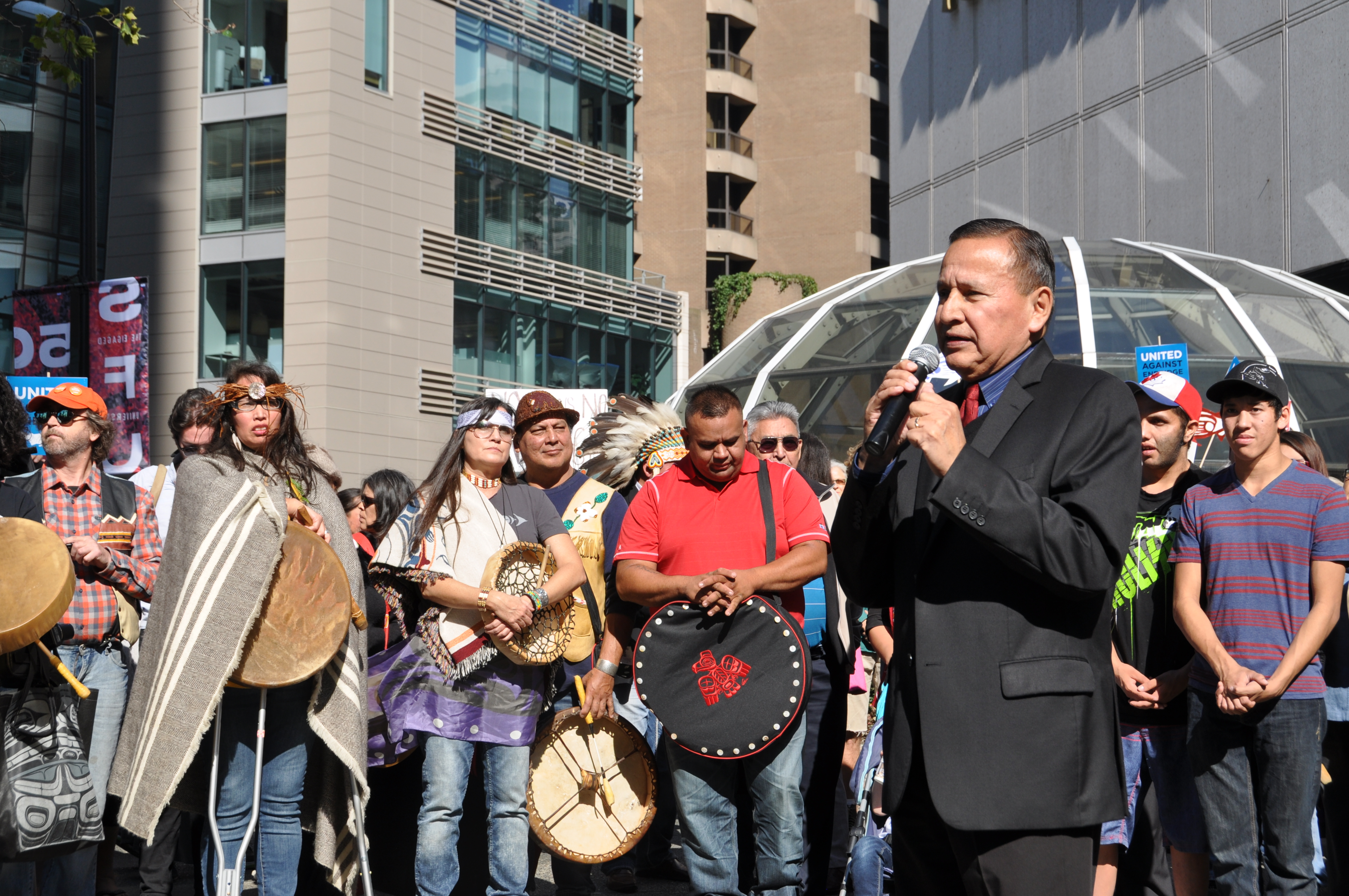 It was another exciting day down at the Federal Court of Appeal. The day started with Northern Gateway seeking to introduce fresh evidence to the Court. Yesterday, the judges instructed Northern Gateway to seek an agreement with the applicants with respect to the admissibility of this evidence. No such agreement was reached. After much back and forth, including a 15-minute court adjournment, the judges instructed counsel for Northern Gateway and the First Nations applicants to prepare arguments on the issue of admissibility, to be heard by the Court bright and early tomorrow morning. Regardless of the outcome, this discussion took up precious court time and left counsel with overnight homework.

Next up, counsel for the government of Canada had a chance to present their case and respond to arguments raised by the applicants. Jan Brongers spent the morning on the topic of ‘standard of review,’ which is probably a tedious subject for non-lawyers but a potentially determinative one. Put simply, the standard of review refers to the level of deference that the Court will give to the decision-makers who made the decision the Court is reviewing.

Brongers argued that there are two different standards of review: (1) the standard of review for Cabinet’s decision to approve the Enbridge pipeline project; and (2) the standard of review for the Crown’s duty to consult and accommodate First Nations. Brongers argued that the decision of the Cabinet to approve the project should be given considerable deference by the Court because the Cabinet is an elected body making complex policy decisions. Yesterday, Chris Tollefson, counsel for BC Nature, argued that the court should adopt a more narrow view of what a reasonable decision is. For the duty to consult, Brongers stated that the Crown was required to correctly asses the existence and content of the duty to consult the First Nations Applicants (meaning little deference is owed by the Court on those issues), but in terms of the process the Crown chooses to seek to discharge the duty to consult, more leeway is afforded by the Court so long as the Crown’s efforts are reasonable.

Brongers then argued that the Cabinet’s decision to approve Enbridge was a reasonable one supported by clear reasons. He emphasized that the court should not substitute their views for that of the Cabinet. When pressed, Brongers conceded that if the JRP was missing information on a key issue then the report could be rendered invalid. However, he quickly countered that if there was some evidence in front of the JRP on the relevant issue then that would be enough for the report to stand.

Dayna Anderson, counsel for the government of Canada, argued that the Crown has meaningfully consulted with Aboriginal groups. She pointed to evidence of early engagement, government funding for First Nations applicants, and changes to the project scope to include the marine shipping component as examples of deep consultation. She submitted that the process has not been perfect but it has always been honourable. Anderson argued that the Crown was under no duty to seek the consent of First Nations communities before approving the project because none of the applicants had proven their title claims in court.

Anderson argued that Canada still has an opportunity to consult with First Nations groups through the implementation of the 209 conditions attached to the project approval. One of the days’ most interesting exchanges involved a line of questioning from the judges about the legitimacy of post-approval Crown consultation. The judges questioned whether the National Energy Board could meaningfully accommodate First Nations’ concerns after the pipeline had been constructed, because of the significant momentum that would exist for the Project to proceed. Ms. Anderson responded that there will be further dialogue with First Nations and the National Energy Board would still be in the position to stop the project after the pipeline had been constructed.