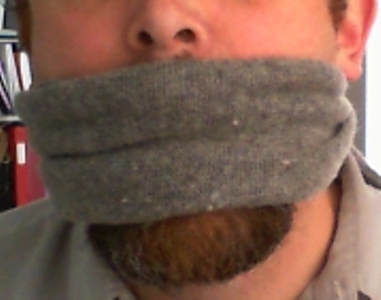 Natural Resources Minister, Joe Oliver, recently stated that proposed changes to Canada’s environmental laws will (if passed) prevent anyone who is not “directly affected” from speaking at environmental reviews.  Oddly enough, much of the media coverage characterized this as shutting out environmentalists, rather than shutting out everyone not “directly affected” by a development (which it does).  See, for example, coverage by CTV News and the Vancouver Sun.

But public participation – not just by environmentalists, but also by hunting and fishing groups, land owners, commercial interests, industry associations, anti-poverty organizations and just interested members of the public – has always been central to environmental assessment.  And now the doors will be closed to anyone that can’t convince a government official that they are “directly affected.”

The purpose of environmental assessment

In 1992 Canada signed the Rio Declaration agreeing to a national environmental assessment process and affirming that:

Environmental issues are best handled with the participation of all concerned citizens, at the relevant level. At the national level, each individual shall have … the opportunity to participate in decision-making processes.

That’s one reason that the Canadian Environmental Assessment Act (CEAA), enacted in 1995, provided for broad public participation. Indeed, internationally and in Canada, the right of the public to be heard has always been central to environmental assessment, and has been viewed as resulting in better decisions, and more public acceptance of the result, thereby giving industry a ‘social licence’ to operate.  A 2008 study by the U.S. National Research Council found that:

Substantial evidence indicate(s) that public participation is more likely to improve than to undermine the quality of decisions… Although scientists are usually in the best position to analyze the effects of environmental processes and actions, good analysis often requires information about local conditions, which is most likely to come from residents.  Moreover, public values and concerns are important to frame the scientific questions asked, to ensure that the analyses address all of the issues relevant to those affected.

It also suggests that public participation increases the legitimacy of agency decisions and builds citizens' knowledge of the scientific aspects of environmental issues assisting the effectiveness and efficiency of implementation.

However, assuming Minister Oliver’s statements reflect the actual language of the proposed amendments, these changes will close the door to wider public consultation, instead allowing only those people who are “directly affected” a voice.  So what does that term mean, anyhow?

The term “directly affected” comes from the courts – from judges trying to hear only from the parties that are directly interested in the case before them.  Although the term has been interpreted differently over the years, and the courts have more recently relaxed these requirements, it was often interpreted as requiring people bringing cases to demonstrate not only that they were affected by a decision or court case, but that they were affected differently than the rest of the public.  As the Alberta Environmental Appeal Board (EAB) has explained (in the Kostuch case, discussed below):

Until [recently], Canadian courts, drawing on English common law, held consistently that standing for judicial review of a tribunal decision required that a person be "directly" or "specially affected" or "aggrieved." This required the applicant to establish some "sufficient private or personal interest" in the subject matter of the proceedings. …  In practice, this meant either an economic interest or some other special interest different than that of the public at large. … [Emphasis added]

To pick one particularly notorious example, the Alberta Cement Corporation was granted permission to build a cement plant located 20 km from the nearest residence.  Dr. Martha Kostuch, who:

attempted to appeal this decision to the Alberta EAB.  The Environmental Appeal Board ruled that she had not proven that she was “directly affected” and refused to hear her appeal, stating:

Our consideration of the evidence and arguments made by the Appellant's counsel suggest a genuine concern by Dr. Kostuch for the environment west of Rocky Mountain House. There is the potential for cumulative air emissions with the addition of this plant that may affect the downwind plant and animal communities, including residents of Rocky Mountain House. However, these effects will concern the general community.  …

The Appellant also presented evidence of personal use of the area (deer hunting). The Board finds this to be potentially relevant to the standing issue. However, the Appellant did not show, or even suggest, that this particular Approval would have a causal relationship with the deer population.

In other words, it was not enough that Dr. Kostuch had a longstanding interest and direct connection to the area, that she had particular expertise, or even that she lived in the community which would be impacted by air pollution from the plant. If Dr. Kostuch could not represent interests that the Board admits would “concern the general community”, then who can?

This EAB decision was challenged before the Alberta Court of Queen’s Bench.  Judge Marceau agreed with the Board, explaining that the Alberta Legislature had intentioned to limit the opportunity of the public to participate when it used the phrase “directly affected”:

The question arose whether the E.A.B. should more readily grant status to public interest groups where, as here, very few if any persons can show a direct causal connection because there are no residences within about 20 miles of the proposed cement plant. I conclude that if the Legislature had so intended they could have done so. Instead they chose to curtail the right of appeal and that is the Legislature's prerogative.

According to Natural Resources Minister, Joe Oliver, the creation of a “directly affected” test is intended to exclude those who don’t live or work near the project or who don’t have specific expertise.

Environmental groups that don't have particular expertise to offer, and ordinary citizens concerned about projects like the Northern Gateway oilsands pipeline but who don't live or work near the project, shouldn't be able to participate in environmental review hearings, Natural Resources Minister Joe Oliver said Wednesday. …

"We don't see the need" to allow testimony from Canadians outside the project areas, or from environmental groups without specific expertise, Oliver said in an interview.

As a lawyer, Joe Oliver should know that that’s not what “directly affected” means.  “Directly affected”, or even “affected” does not guarantee that individuals in an affected community will be able to speak.  It definitely does not mean that experts (whether from environmental organizations or other sectors) would be allowed to speak.  These types of restrictions put the onus (which necessarily means more time and money) on members of the public to convince the tribunal that they are “affected” enough, and in doing so it silences them.

It shouldn’t be about Enbridge

In justifying this crack-down on public participation, Minister Oliver has specifically referenced the Enbridge Northern Gateway Pipelines and Tanker project.  More than 4000 people registered to speak at the Enbridge Joint Review Panel Hearings, and Minister Oliver has implied that those signed up have “stacked public hearings”, with the sole intent of delaying the project.

Minister Oliver is wrong about the motivations of the vast majority of those who have signed up, and of the groups who have done the signing up.  We believe that this exercise in democracy (which, despite suggestions to the contrary, is overwhelming made up of Canadians, most of them living in affected communities) should be celebrated.  These members of the public wish simply to have their voices heard – as the law allows and should continue to allow.  To the extent that the numbers create logistical issues, that can be addressed in many ways short of depriving the public of their right to speak.

Although we have many problems with how the recent review of the Canadian Environmental Assessment Act by the Standing Committee on the Environment and Sustainable Development was conducted, and with the Committee’s majority recommendations, the recommendations at least recognized that public participation is essential to the goals of the environmental assessment process:

We believe that turning away members of the public with a real interest in proposed projects and development priorities will undermine the environmental assessment process. It will silence not just environmentalists, but also land owners, hunters, fishers, industry associations, community groups and members of the public.  And in doing so, it will undermine the social licence that industry needs to operate.

Note: We have not yet seen the actual changes proposed for the Canadian Environmental Assessment Act.  The above analysis is based upon Minister Oliver’s statements about limiting public participation to those "directly affected".  MPs from the opposition parties have also highlighted the importance of public participation for environmental assessment.

Canada's Environmental Reviews
Back to top