A hot summer: Updates on the Enbridge and Kinder Morgan projects 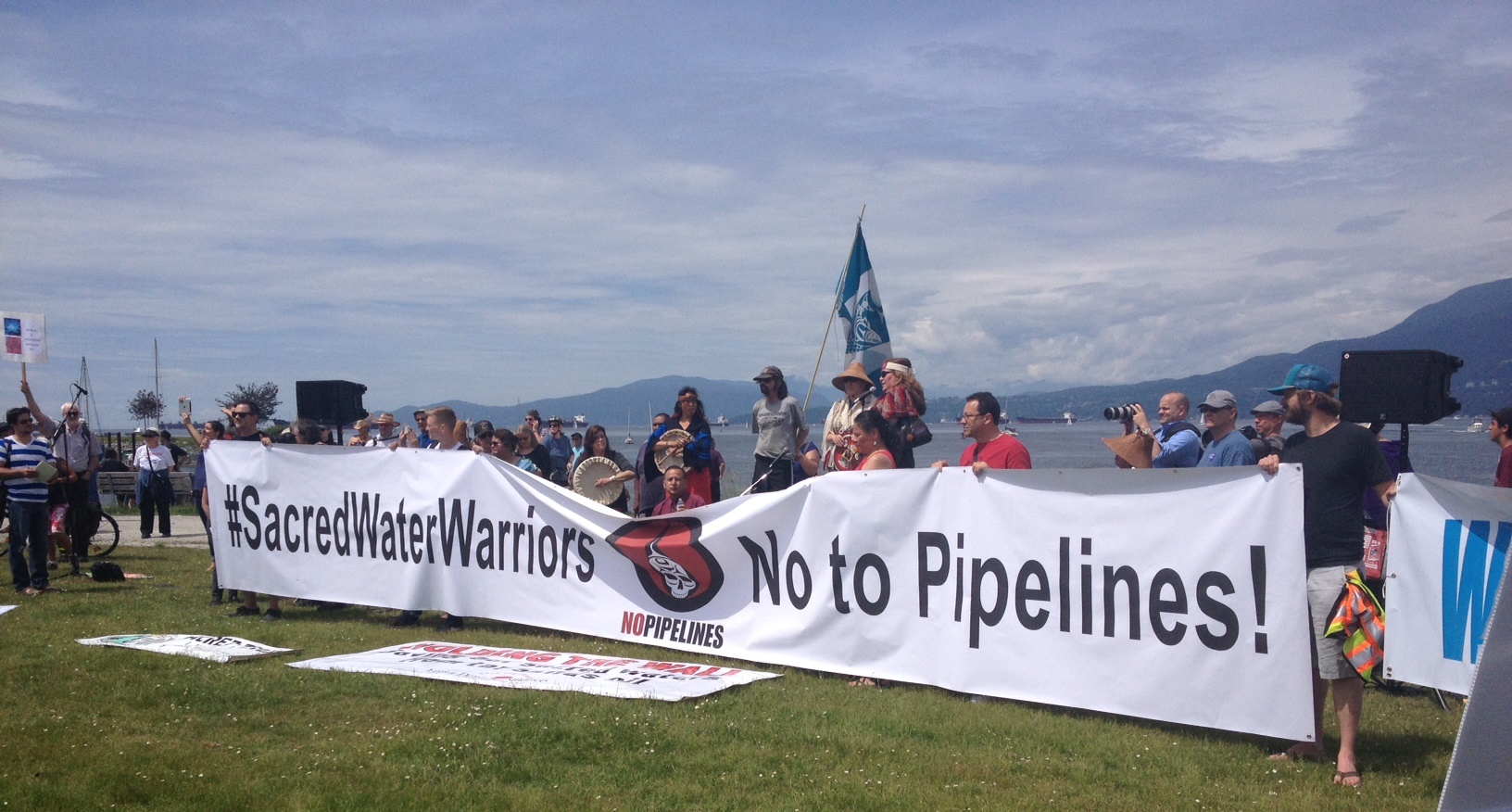 It’s been a busy few months with a lot of new challenges and developments regarding the Enbridge and Kinder Morgan pipelines and tankers proposals. We thought we’d take a step back to give an update on some of the major legal developments. It’s worth flagging that, on top of all these developments regarding the Enbridge and Kinder Morgan projects, the Supreme Court of Canada issued its game-changing ruling in the Tsilhqot’in case on June 26, which will have major implications in the months and years to come including, as we’ve noted, for pipelines and tankers proposals.

It’s been a tough summer for Kinder Morgan and its Trans Mountain expansion project. Since we last reported that Kinder Morgan was becoming the new Keystone XL, their proposal has continued to face challenges and the much maligned NEB process has continued to face criticism. As you may recall, the only testing of Kinder Morgan’s evidence as set out by the NEB was through two rounds of written questions and no actual dialogue, so having fulsome answers is essential for the NEB process to have any credibility. The first round of Information Requests saw intervenors file more than 10,000 questions about the proposal, prompting Kinder Morgan to request an extension to file its responses. When those responses did come, many intervenors complained they were vague, evasive or unresponsive, prompting a flood of motions compelling actual responses.

In the meantime, Kinder Morgan decided that it preferred to revise its pipeline route to try to drill through the Burnaby Mountain conservation area rather than convince the landowners affected by the Project that it was a good idea. And no wonder: these are the residents who experienced the 2007 spill first hand. This route change resulted in the NEB splitting up and delaying the process by at least 7 months in order to consider the proposal. In addition, it has prompted a constitutional challenge by the City of Burnaby about whether the NEB can pre-empt municipal decision making.

Last but not least, the Tsleil-Waututh’s legal challenge to the constitutionality of the  whole NEB review process was granted leave by the Federal Court of Appeal, meaning that the case will be heard in the Federal Court of Appeal. The case has the potential to derail the entire NEB process, send it back to the drawing board to consult with First Nations, and reset the clock on the review process.

Enbridge Pipelines and Tankers Project: a stalled approval and a mountain of legal challenges

You’ve probably heard that, on June 17, 2014, the federal cabinet issued an order approving the Enbridge Northern Gateway pipelines and tankers proposal. While this did not come as a surprise to most observers, what was interesting to watch was the federal government’s efforts to downplay the decision, with Canada’s press release on the approval stating that Enbridge “clearly has more work to do in order to fulfill the public commitment it has made to engage with Aboriginal groups and local communities along the route,” and a spokesperson for Minister Greg Rickford going so far as to say the federal decision is only a “maybe.” Such a statement is legally questionable in light of the wording of the Certificates issued as a result of the federal decision, which state: “this certificate authorizes the construction and operation of an oil pipeline and associated facilities”. More importantly, however, the very fact that the federal government is making such statements is a strong indication that unwavering opposition of First Nations and the general public continue to make the Enbridge project practically untenable and risky to support.

Another indication of the legal and financial risks that persist for  Enbridge  is that, following the federal government’s approval, Enbridge reported to the National Energy Board on June 27 that it still has not secured any firm contracts to supply either of its twin proposed pipelines with bitumen and condensate, respectively. As we’ve previously noted, under the conditions of the federal approval, Enbridge is not permitted to begin construction unless it proves firm commercial contracts for at least 60 percent of the supply of both pipelines. If Enbridge fails to begin construction in the next two years, the approval will expire.

Even more important than the conditions of the federal approval, however, is the avalanche of legal challenges to overturn the approval itself. Eight First Nations (two of which, Nadleh Whut’en and Nak’azdli, have West Coast Environmental Law lawyers on their legal team), four environmental organizations and one union are currently in the Federal Court of Appeal seeking leave to judicially review the federal approval of the Enbridge project and in some cases seeking leave to appeal the Certificates granted by the NEB for the project. The parties seeking to legally challenge the federal approval of Enbridge’s project are:

All the cases are currently at the preliminary stage of seeking leave. What does that mean? When the federal government significantly weakened Canada’s environmental laws through omnibus bills in 2012, one of the changes it made was to amend the National Energy Board Act so that parties must now seek “leave” to judicially review federal cabinet approvals of projects like Enbridge’s. What this basically means is that parties must first ask for the Court’s approval to commence a full legal challenge of the decision through judicial review, effectively adding an additional legal hurdle.

All the parties listed above have sought such leave. Northern Gateway Pipelines Inc. has opposed all of the requests for leave, arguing that the Court should not hear any of the First Nations, environmental organizations or the union. Canada has taken no position so far, stating only that it will oppose any judicial reviews that do go forward. In our view, given the nature of the constitutional and other important legal issues in play, it is likely that in the months to come the Court will grant leave to the majority of those parties to go forward with their cases, thereby expanding and deepening the field of legal risk for the Enbridge project.