News & Events » Environmental Law Alert Blog » Indigenous protected areas gaining momentum – but are they recognized by law?
Back to top

Indigenous protected areas gaining momentum – but are they recognized by law?

“Our overall objective is to ensure that the next seven generations will also have the same opportunities as we have, not just to be able to sustain themselves and harvest the gifts of the creator, but to be able to enjoy and learn from her just like our ancestors have done.”

Then participants stood up one by one to share their perspectives, speaking of deep-seated desires to see areas where they can practice their traditional laws, pass on their teachings to the next generation, and maintain their intricate connection to the land and waters.

And finally, one participant remarked: “I like the idea of declaring our own Mi’kmaw Protected Area, but what good will it do? Will it be recognized under law?”

At which point, all eyes fixated on me – the sole lawyer in the room – hoping, I imagine, for a straightforward answer.

I took a deep breath. The question of whether Indigenous-declared protected and conserved areas are recognized under law is a complicated one.

First off, it depends on whose law you are talking about.

Indigenous nations have their own legal orders that have been practiced since time immemorial. These legal orders are distinct to a place and a people. There is Mi’kmaw law, Haida law, Dene law and so on. Importantly, these laws are central to the governance of Indigenous-declared areas.

For example, the highest of all Nuu-chah-nulth laws is lisaak, which is thought of as ultimate respect for oneself and others. This law drove the need to create Tribal Parks in Tla-o-qui-aht territory starting in 1984, and is at the heart of their governance to this day. Indigenous authority to govern IPCAs is inherent and exists independently of recognition under Canadian law. 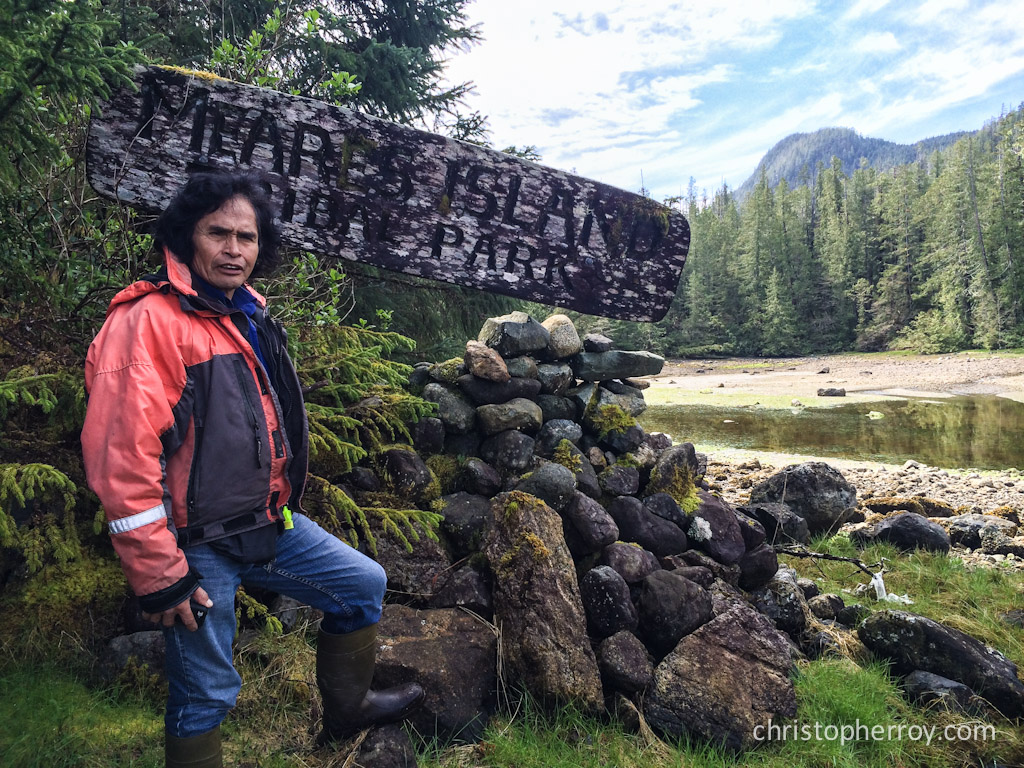 The question of whether IPCAs are recognized under Canadian law is a whole other beast. At this point, they live in a legal grey zone. Unlike other countries, like Australia, the Canadian government has not formally recognized IPCAs. Tribal Parks have been referred to as “constitutional parks” because they are founded on constitutionally-protected Aboriginal and treaty rights. However, there has yet to be a court case to clarify the relationship between IPCAs and constitutionally-protected Aboriginal and treaty rights or Aboriginal title. And no federal, provincial or territorial statute explicitly recognizes the right of Indigenous nations to declare or govern their own conserved areas. Modern Land Claims Agreements, covering much of the Arctic, create more space for Indigenous nations to govern their own conserved areas. For example, Wehexlaxodıale in Northwest Territories was established and is governed by the Tłįch ̨o Government.

Most protected area laws allow (but do not require) the Crown government to enter into agreements with Indigenous nations to share governance of a protected area. Gwaii Haanas National Park Reserve and National Marine Conservation Area Reserve is a notable example of a Haida Heritage Site becoming a federally-recognized protected area that is now co-governed by the Haida Nation and Canada.

Then there is international law – under the United Nations Declaration on the Rights of Indigenous People (UNDRIP), Indigenous peoples have the right to determine how their territories and resources are used. This right includes the decision to create a conservation area.

So, are IPCAs recognized under law? They are recognized under Indigenous legal traditions – but the problem is that Indigenous authority to control what happens on their lands or in their waters is not recognized by other orders of government in Canada, so a nation may have difficulty enforcing their Tribal Park. I guess the short answer is: “It depends.”

I looked around the room at glazed eyes. I thought I was giving a punchy answer, but without formal recognition for Indigenous protected areas from the Canadian government, there is no simple response.

Fortunately, this may be changing. The legal status of IPCAs in Canada is coming under the spotlight as the federal government is finally beginning to recognize the importance of IPCAs in safeguarding our precious environment.

In March 2017, federal Environment Minister Catherine McKenna publicly acknowledged that IPCAs will be part of Canada’s push to meet protected area targets, known as the Pathway to Target 1. The Standing Committee on Environment and Sustainability discussed the potential of IPCAs in a recent report. In April, Inuit leader Mary Simon released a report supporting the idea of Indigenous Protected Areas in the Arctic and calling for the explicit recognition of IPCAs in Canadian legislation.

The enthusiasm for IPCAs in Ottawa is a welcome change. Yet, many questions remain. How, for example, will Indigenous laws and authority be respected within IPCAs? What types of areas will “count” towards Canada’s protected area targets? How will IPCAs be funded, monitored and enforced? And how can Canadian laws be amended to properly recognize IPCAs?

We are working to answer these critical legal questions, in particular in the marine territory where the legal landscape is even murkier. We are also providing legal assistance to Indigenous nations looking to establish their own IPCAs.

Thankfully, we are not alone. The Indigenous Circle of Experts (ICE), an Indigenous-led committee, has been tasked to consider “how a spectrum of Indigenous Protected and Conserved Areas (IPCAs) could be realized in Canada and contribute toward achieving Canada Target 1 in the spirit and practice of reconciliation.” ICE is hosting four gatherings across Canada to learn about IPCAs from different Indigenous perspectives (the gathering I attended in Mi’kmaw territory was the second stop). They will deliver their recommendations this fall.

In the meantime, in the swirl of excitement surrounding the potential recognition of IPCAs in Canada, it is critical to remember that IPCAs are Indigenous-led initiatives. They are modern expressions of the inherent authority of Indigenous nations and exist whether or not the Canadian state recognizes them.

Circling back to the question of whether IPCAs are recognized under both Indigenous nations’ own laws and Canadian law, I look forward to the day that I can answer with a simple, one-word answer: “Yes!”

Top photo: Participants at the recent gathering about IPCAs in Canada (Indigenous Circle of Experts).