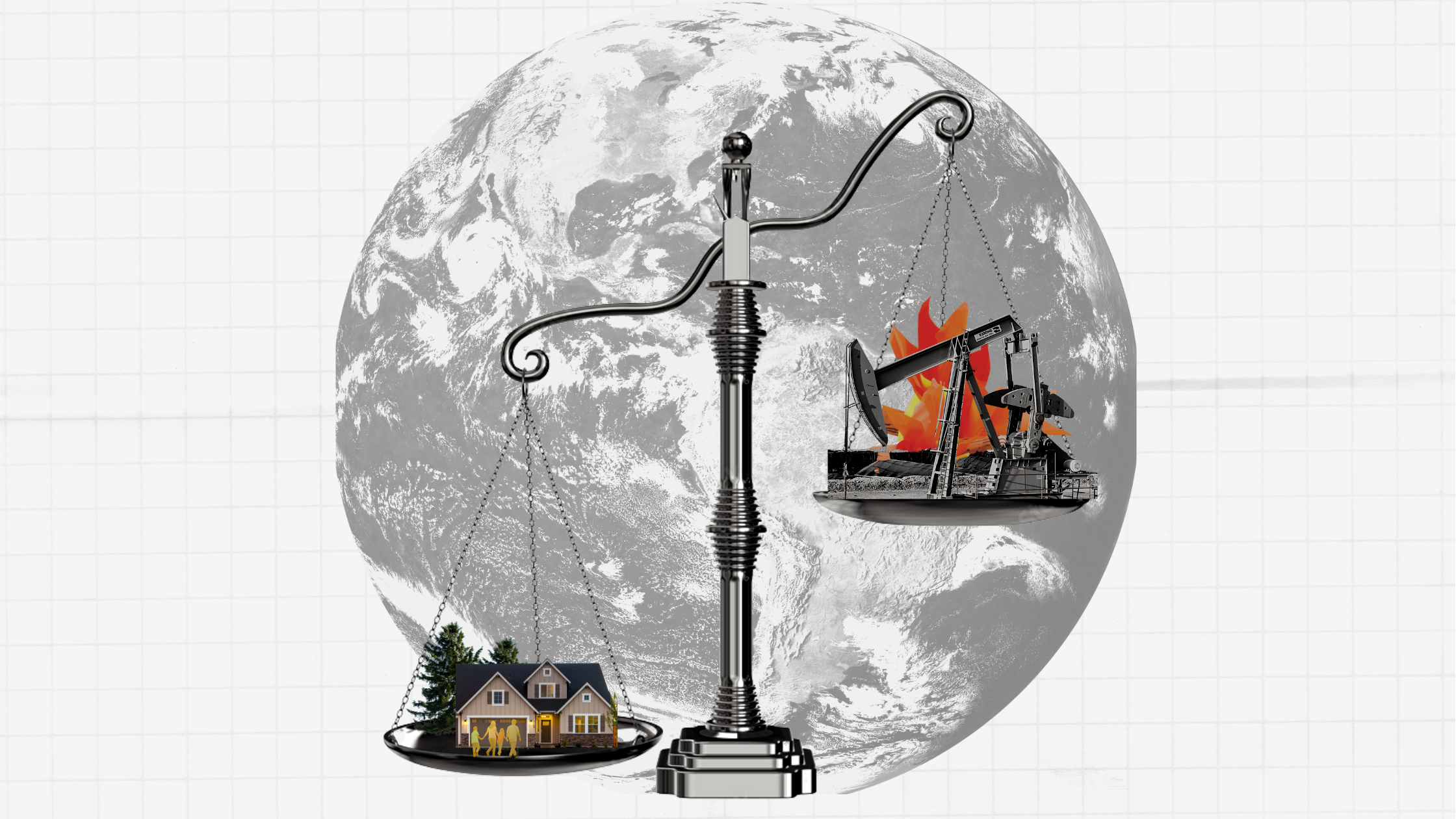 Do you, like us, think that governments and fossil fuel companies should be sued for what they have done to our atmosphere? This was one of the lenses with which we read last week’s new report from the UN Intergovernmental Panel on Climate Change (IPCC), Climate Change 2022: Impacts, Adaptation and Vulnerability. While the report is frankly scary, we were struck by the importance of the report for future climate change litigation – and its nod to the political power of citizens.

Those interested in climate lawsuits will note that the IPCC’s latest report:

The jury-like IPCC evidence is useful for climate litigation

Climate lawsuits around the world are already using evidence from the IPCC’s past reports. The Nobel-Prize winning IPCC, formed in 1988, is made up of hundreds of scientists from around the world working largely as volunteers, and is the world’s foremost source of information on climate science.

Every five to six years, IPCC scientists review thousands of peer-reviewed papers and prepare detailed reports describing what scientists know about climate change and how to address it, which are then reviewed by even more experts, as well as governments and others, before being finalized. Science historian Naomi Oreskes has compared the IPCC and its process to a jury of scientific experts.

Fun litigation fact: governments and the fossil fuel industry rarely challenge IPCC evidence when it’s raised in court, because their own scientists are part of the IPCC, and they have direct input into the review process. Thus, in one lawsuit launched by the City of Oakland, California against oil companies, Chevron’s lawyers clarified that the company “accepts the consensus of the scientific community on climate change ... embodied in the results of the Intergovernmental Panel on Climate Change, the IPCC.”

Consequently, the conclusions of a new IPCC report are of great interest to lawyers and others seeking to hold governments and fossil fuel companies accountable through the courts. This particular report, which focuses on the impacts of climate change, follows a report from last August which focused on the physical science of climate change and how hot the world is likely to get. A report looking at the best approaches to reducing greenhouse gas emissions is expected at the end of March or beginning of April.

The new IPCC report, while broadly similar to its previous edition published five years ago, provides more specifics about climate impacts for ecosystems, biodiversity, and human communities, and reveals that the climate change emergency is more alarming than previously thought. While the report uses muted language, the underlying thrust of the report was summarized by UN Secretary General, António Guterres, who described it as:

… an atlas of human suffering and a damning indictment of failed climate leadership. With fact upon fact, this report reveals how people and the planet are getting clobbered by climate change.

Nearly half of humanity is living in the danger zone – now.  Many ecosystems are at the point of no return – now. … This abdication of leadership is criminal.

This latest, exceptionally detailed, 3676-page report identifies a wide range of general and specific impacts that can be linked to climate change. More so than previous editions, the emphasis of this report is on climate impacts that either have happened already or will happen in the near term. BC’s 2017 wildfires, for example, are highlighted (among many other BC- and Canada-specific impacts):

Evidence shows that human-caused climate change has driven increases in the area burned by wildfire in the forests of western North America. … In British Columbia, Canada, the higher maximum temperatures of human-caused climate change increased burned area in 2017 to its widest extent in the 1950-2017 record, seven to eleven times the area that would have burned without climate change. Moreover, in national parks and other protected areas of Canada and the U.S., climate factors explained the majority of burned area from 1984 to 2014, with climate factors (temperature, rainfall, aridity) outweighing local human factors (population density, roads, and urban area).

Reportedly the U.S. government was quite alive to the implications of this report for potential claims of legal liability, and pressed to have content about the loss and damage caused by climate change watered down.

In addition to providing specific examples of losses, the report validates the use of weather event attribution science, a new area of science that makes clear connections between greenhouse gas emissions and specific extreme weather events.

Our understanding of how individual extreme weather events have been influenced by climate change has improved greatly in recent years. Climate scientists have developed a formal technique (“event attribution”… ) for assessing how climate change affects the severity or frequency of a particular extreme event, such as a record-breaking rainfall event or a marine heat wave. This is a challenging task, because any particular event can be caused by a combination of natural variability and climate change. Event attribution is typically carried out using models to compare the probability of a specific event occurring in today’s climatic environment, relative to the probability that the same event might have occurred in a modelled climate in which atmospheric greenhouse gases have not risen due to human activities.

Making these clear and credible connections between climate change and resulting damages can go a long way in determining the success of climate lawsuits. A number of lawyers have written previously about how the weather event attribution approach can be used in court:

Armed with a growing body of evidence linking increases in atmospheric greenhouse gas concentrations to specific harmful impacts, plaintiffs are pursuing more ambitious claims against governments and emitters for their contribution to, or failure to take action on, climate change.

We expect that this trend will only accelerate now that the approach is taking such a prominent role in IPCC literature.

The IPCC report confirms that governments have failed to move swiftly enough on the climate crisis, and endorses climate litigation as a key tool in “accelerating commitment and follow through.” The report predicts that “Litigation on failure of government and business to adapt is becoming more frequent and is expected to increase as climate impact attribution science matures further.”

obtaining compensation for those who have suffered loss and damages; and those seeking more urgent adaptation measures to prevent future losses.

As the IPCC report states:

… [T]here has been growing recognition of the potential of litigation for failure to take measures to adapt to climate change to drive climate risk management … Reasons for this growth are: (i) the growing gap between projected climate change impacts and current adaptation efforts and (ii) expanded legal duty of government, business, and others to manage foreseeable harms… (17-78)

The report also notes the impacts of such litigation on “articulating climate change as a legal and financial risk” for investors and financial institutions, and on demonstrating public concern. It will be interesting to see the extent to which the next IPCC report, on measures to reduce greenhouse gas emissions, similarly emphasizes the role of litigation.

The IPCC’s endorsement of climate litigation may help convince lawyers and judges, as well as investors, governments and the general public, that these lawsuits have an important role to play in addressing the climate crisis. Hopefully this increases the likelihood of such cases being brought and their being successful.

This report is the first time we recall seeing the IPCC being explicitly critical of the role of “vested interests” that create polarization and delay action on climate change (particularly in North America). According to the IPCC, misinformation on climate science is the result of “efforts to maintain the status quo by actors in positions of power in the face of rising social inertia for climate action.”

While for the most part avoiding explicitly naming those disseminating the misinformation, the IPCC does note as an example of climate litigation a “shareholder action against ExxonMobil for failure to report climate risks or complying with recommendations to do so and for issuing misleading corporate disclosure relied on by investors.”

Certainly, the role of the fossil fuel industry in organizing and funding misinformation campaigns to undermine the public perception of climate science is well documented. After all, in 1998 the American Petroleum Institute, whose members included Shell, ExxonMobil, Chevron and others, developed a communications plan to ensure that those advocating for climate action on the basis of science “appear to be out of touch with reality.”

While the IPCC is careful not to call out specific companies or industries, the UN Secretary General was less diplomatic in his language:

The world's biggest polluters are guilty of arson of our only home. … Those in the private sector still financing coal must be held to account.

Oil and gas giants – and their underwriters – are also on notice.  You cannot claim to be green while your plans and projects undermine the 2050 net-zero target and ignore the major emissions cuts that must occur this decade.  People see through this smokescreen.

…Fossil fuels are a dead end – for our planet, for humanity, and yes, for economies.

The danger in framing both governments and industry as climate laggards, or worse, acting in bad faith, is that many people will lose hope. But the IPCC’s authors clearly see the political power of citizens, and also litigation, as a remedy for the inaction and lack of urgency on climate change that we’ve seen to date.

Climate litigation has been on the rise globally, driven by the lack of urgency from governments and industry that the IPCC identifies in its reports. There is no guarantee that this warning from the world’s top climate science organization will spur the immediate action that is needed. Some are already tweeting their dismay that the IPCC’s “’atlas of human suffering’ [was] met with a collective shoulder shrug.” But for those looking for legal options to force more action through the courts, the IPCC report gives climate lawyers new evidence and new tools that they can use to advance the cause of a healthy atmosphere and livable planet.