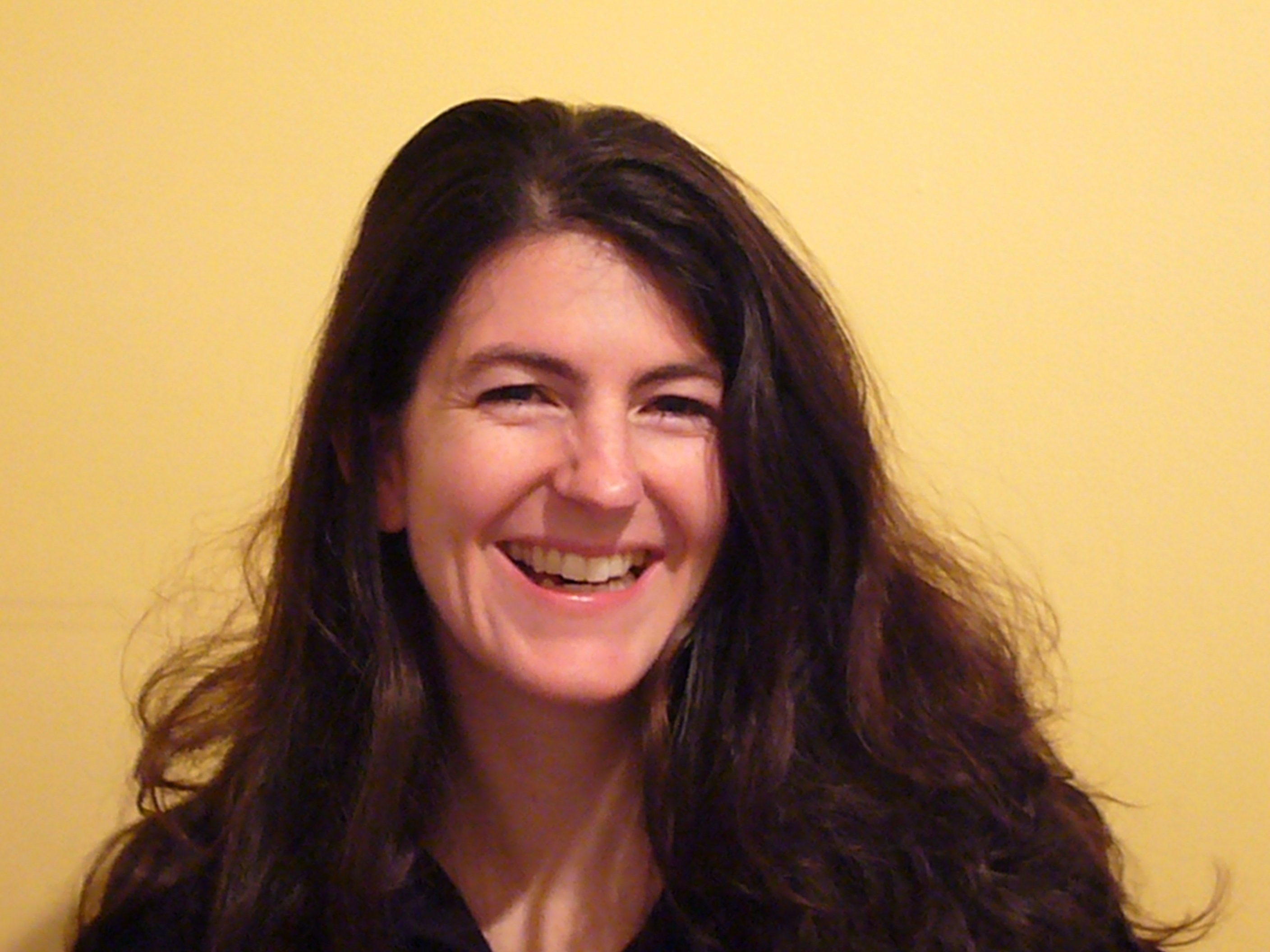 Jessica Clogg Bio: Jessica Clogg has joint Masters degrees in Environmental Studies and Law (MES/LL.B) from York University. Prior to her work with West Coast Environmental Law (WCEL), Jessica worked as a facilitator, popular educator and organizer for a variety of non-profits at a Vancouver litigation firm, as well as a law clerk to the British Columbia Supreme Court. At WCEL, Jessica heads up the work on Aboriginal and natural resource law. Jessica first joined WCEL in 1995 as a student. She served as a board member before becoming a staff counsel in 1999. Her choice to focus on the environment as a lawyer is “because she loves the land, and because she believes in justice.”

For more than ten years, Jessica has provided legal and strategic support to First Nations, working with First Nations leaders and community members to use their own laws as a foundation for strategic applications to protect the lands and resources of their territories. Jessica’s main goal is honorable as she continues to define Canadian environmental law. By strategically applying constitutional law and Indigenous legal traditions, the intention is to transform mainstream laws about the land (who controls it, the rights and responsibilities they have) to be more democratic, sustainable, and just.

GCV: How will the Indian Act alteration make the land and water on First Nations property more susceptible to development and water extraction?

JC: It really has to do with the level of control a First Nation has over land on a reserve and how decisions are made. The Indian Act now provides for surrender of reserve lands for leasing without majority support from eligible voters. If the majority of voters don’t approve, the Aboriginal Affairs Minister can call a meeting for the purpose of considering surrender of the land. If the majority of people at that meeting vote in favour surrender may proceed.

GCV: What are the most damaging aspects of Bill C-45 to the water across Canada? How does it make our water more susceptible to contamination leading to lax accountability in favor of corporate profit?

JC: Bill C-45 transforms the Navigable Waters Protection Act into the Navigation Protection Act. Historically, the Navigable Waters Protection Act protected the right to navigate without interference from logging operations, bridges, pipelines, dams, and other forms of industrial development. In this manner it provided an indirect tool to protect water and the environment. This was because the approval requirement from the Minister of Transport for projects like this triggered a federal environmental assessment and the obligation of the Crown to consult and accommodate Aboriginal Peoples.

Now only water bodies specifically listed in a schedule to the act are protected. The Navigation Protection Act excludes 99.7% of Canada’s lakes and over 99.9% of Canada’s rivers from federal oversight. Pipelines are also specifically exempted (although navigation concerns will be considered by the National Energy Board through its approval process). But Navigation Protection Act approvals, when they are still required, no longer trigger an environmental assessment.

GCV: The document Idle No More and the future of Canada on your website states: “In the long run there can be no sustainable development in Canada that does not include First Nations and respect current and future Treaties, and Aboriginal Title and Rights.” Can you expand on this?

JC: The Supreme Court of Canada has made it clear that there is an obligation to engage honorably with First Nations peoples when decisions are made about land and resources, including decisions at higher more strategic levels (e.g., environmental assessment, land use planning, resource licensing). In my view this should be a driver for the Crown to work in partnership with First Nations to address the environmental challenges of our time.

But beyond this, First Nations own legal traditions place responsibilities and obligations on them to safeguard the well-being of land and water in order to sustain their cultures, laws and governance systems. These laws and responsibilities are both a source of, and an interconnected part of the First Nations inherent title. In my opinion, the duty on the Crown to accommodate the Aboriginal Title includes an obligation to accommodate these legal traditions in decision-making about the land and water.

Finally, justice and equitable distribution of benefits and resources is a fundamental element of sustainability. There can be no sustainability that is based on the injustice and denial of Aboriginal Peoples.

GCV: Does the Omnibus Bill C-45 nullify Treaty rights and prior agreements? Will First Nations or Canadian environmental groups and social justice groups be able to override or rescind Bill C-45 or is it too late since it was passed into law on December 14, 2012?

JC: Aboriginal and Treaty Rights are affirmed and protected by the Canadian Constitution, which trumps any Canadian statute like Bill C-45. A number of First Nations are presently in court challenging the federal government’s 2012 omnibus bills (both C-38 and C-45 and the policies underlying them). Depending on the outcome, it is possible that a court could find portions of Bill C-45 unconstitutional, or at a minimum find that there was a duty to consult before passing such legislation.

GCV: Could Bill C-38 and Bill C-45 be paving the way for a North American Union between Canada, US, and Mexico eventually leading to a one-world government? Could this be why First Nations Treaties are at risk?

JC: I am not aware of this.

GCV: Why do you presume Bill C-45 was put under the Jobs and Growth Act?

JC: Bills C-38 and C-45 gave big oil and mining companies what they had been asking for, fewer regulatory hurdles to push though their projects. It is wrong in my view to equate the special interests of a few large companies with the economic well-being of the country as a whole. Whose growth? Whose jobs?

GCV: On your website, it states that Chief Stewart Phillip recently noted without being able to regain control over their share of natural resources, the First Nations “poverty deepens and intensifies.” How will this affect Canada economically, socially, and politically if this were to occur and if a revolt takes place? Reference: Penticton Herald

JC: In my experience change often occurs when a configuration of political, economic, legal and social pressures come to bear. I believe that true recognition of Aboriginal and Treaty rights has the potential to be a force of progressive, transformative change for Canada at all levels.

GCV: Can you explain the legal and socioeconomic consequences if “the dispossession of Indigenous Peoples from their lands, both historically and through the imposition of unsustainable resource development on their territories against their will” can potentially occur as stated on your website? Does this mean First Nations people can be kicked off their land or at the very least, have no rights to stop development and water extraction?

This is the legacy of colonialism we see all around us today. But clearly in both Canadian constitutional law and as a matter of Indigenous law, First Nations still have powerful legal tools to affect development on their lands.

GCV: Does the removal of pipelines as an obstruction for the Navigable Waters Protection Act (now the “Navigation Protection Act”) pave the way for the Enbridge Northern Gateway pipeline and Keystone XL pipeline installations?

JC: It removes regulatory obstacles for Enbridge, but it will take more than that to push this project through in the face of fierce opposition from First Nations, communities and citizens of all walks of life.

GCV: How have First Nations used their laws to say “no” to corporations that wish to install pipelines across their land? Will the altering of the Indian Act render this leverage null and void as Indigenous rights are eroded?

JC: See e.g., Yinka Dene Alliance. The Indian Act changes DO NOT diminish the power of nations to enforce their ancestral laws.

GCV: In your opinion, what are the most alarming changes to the Navigation Protection Act that will affect First Nations and every Canadian in this country? Is our quality drinking water at risk?

GCV: How can people protect their land from contamination if suing these companies is out of the question, especially if the Foreign Investment Protection and Promotion Agreement (FIPA) is passed into law?

JC: Specific legal remedies available would depend on the circumstances. When it comes to government action that might be covered by FIPA etc., regardless of the potential consequences, I believe governments should continue to act in the public interest and uphold their constitutional obligations to First Nations. In other words, it may cost them and the taxpayer, but if it comes to it, that is not an excuse for not doing the right thing, particularly where constitutional rights are involved.

THE FUTURE OF CANADA

GCV: With all of these drastic changes occurring to Canadian environmental law, what kind of Canada will we have in the future if nothing is done about it? What do you foresee happening as people rise up in protest to change the course of this history?

JC: I believe Canadians deeply value our natural environment and our democracy and that these values will eventually prevail.

GCV: Is fracking a real threat to contaminating our watersheds and aquifers?

GCV: Since water is a human right and is needed for our very existence, does Bill C-45 pose a threat to human survival especially as water becomes more expensive than oil and corporations have a monopoly on water for their own financial gain?

JC: The cumulative impacts of a myriad of decisions by proponents and government enabled by these legal changes and other laws, can be expected to undermine the health and resilience of human communities and our environment if we don’t rebuild and strengthen our safety net of environmental laws.

GCV: Due to all of the changes in environmental law Prime Minister Stephen Harper has implemented, what will Canada look like in the future?

JC: I think it is up to all Canadians to stand up for the future we want for our children.

GCV: How can people make a difference with respect to legal, social, environmental, and political reform to protect our rights and country? Is the protesting of Canadians and First Nations people enough to change the rights and freedoms given to corporations since many environmental laws have already been gutted, deleted or revised?

JC: Get informed. Get involved. Don’t let your voice be silenced.

GCV: How do you foresee the Idle No More and the environmental movements shaping Canadian history for a new vision of Canada?

JC: I see them collaborating to create a new vision of Canada.