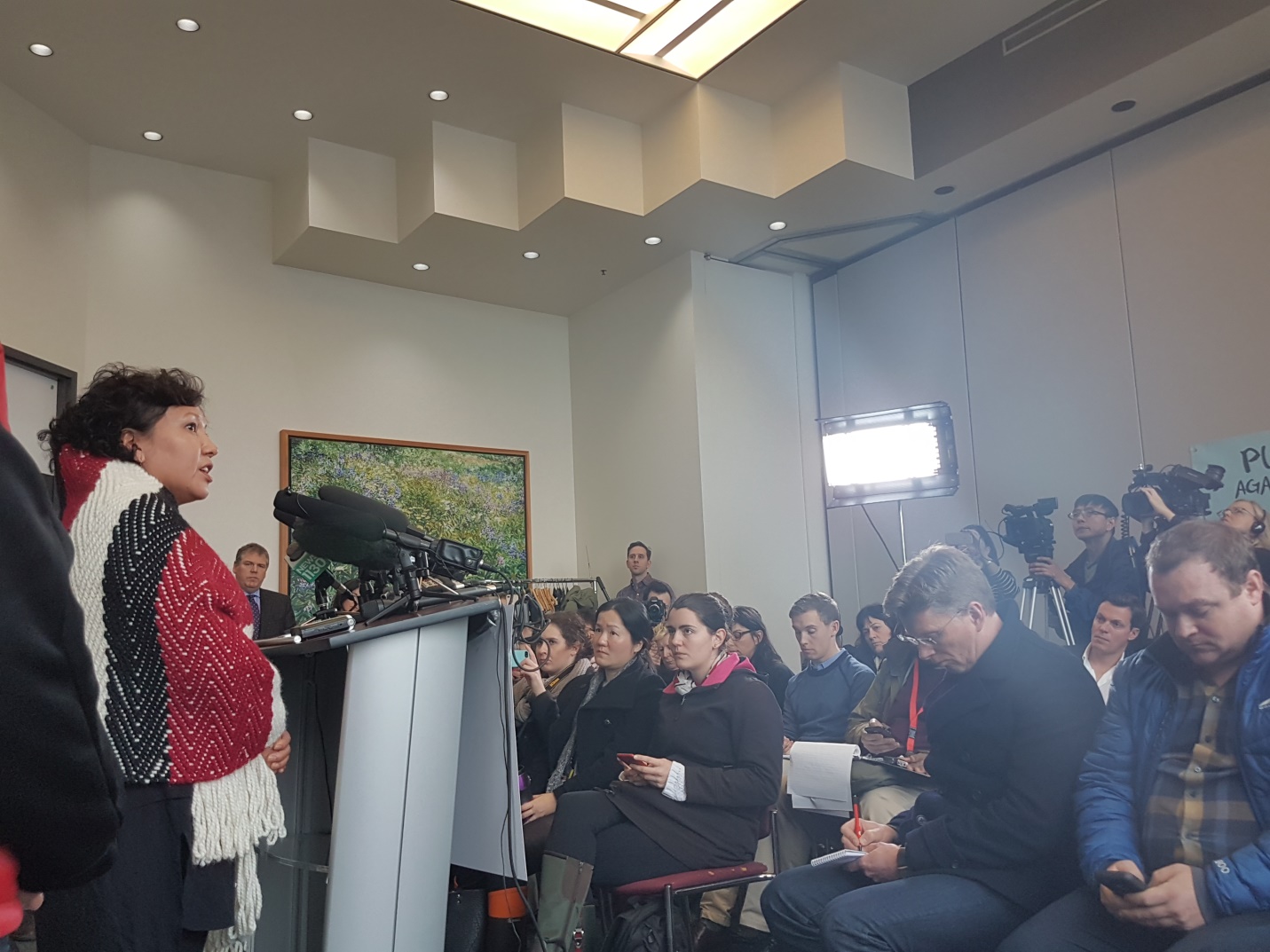 It’s been a while since we’ve updated you about Kinder Morgan’s Trans Mountain pipeline and tanker expansion project (KMX). A lot has happened in the past few months, so here’s a snapshot of where we’re at:

You probably recall that Justin Trudeau announced the federal approval of the controversial KMX in November 2016. That turned out to be an early holiday gift for lawyers of the many First Nations and other parties opposed to the project because the deadline for filing Judicial Reviews was December 28, 2016.

On January 12, 2017, BC Premier Christy Clark announced BC’s approval of the project, after the BC Supreme Court clarified that BC couldn’t pass the buck and had to make its own decision. Despite the fact that the Province had stated that it could not support the project only one year earlier, it somehow found a reason to reverse that position.

To no one’s surprise, the federal and provincial decisions to approve KMX now face an onslaught of legal challenges.

The federal decision faces nine separate legal challenges –- seven of them by First Nations (representing 15 bands), one from the City of Burnaby, and one from Raincoast Conservation Foundation & Living Oceans Society.

In late February 2017, the Federal Court of Appeal granted leave (permission) for all of these cases to be heard together, meaning we may have a redux of the  case that overturned the federal Cabinet’s approval of Enbridge Northern Gateway. The case will not likely be heard by the court for several months – stay tuned for updates.

BC’s decision to approve KMX was appealed by Democracy Watch and the PIPE UP network, who allege that conflict of interest and bias tainted BC’s decision. This argument is based in part on the $560,000 in political donations made to the BC Liberal party by Kinder Morgan and the oil companies affiliated with the pipeline.

Finally, the City of Vancouver passed a motion to judicially review BC’s decision.

All told, we now have a total of 18 separate legal challenges by First Nations, municipalities and environmental groups.

As with Enbridge, our friends at RAVEN Trust have re-launched the Pull-Together.ca fundraising campaign, which raised over $600,000 to support First Nations legal challenges against the Northern Gateway project. This time around, funds will go to support the Tsleil-Waututh Nation and Coldwater Indian Band legal challenges to stop Kinder Morgan.

Bill McKibben at the Pull-Together fundraiser made connections to Pacific Islanders whose homes are going underwater due to climate change. Photo: Eugene Kung

Legal challenges aren’t the only roadblocks standing in the way of Kinder Morgan’s pipeline and tankers. With over $40 billion USD in debt, the comany cannot afford to borrow the money to pay for the $6.8 billion expansion without being downgraded to junk bond status. For this reason, Kinder Morgan began signalling late last year that it was looking for a joint venture partner to help pay for the construction (and reduce its own financial risk). In early 2017, Kinder Morgan revealed that it was considering an Initial Public Offering (IPO). All of this suggests that KMX is not the golden goose that many have assumed.

Indeed, when some investors suggested that the wheels were about to fall off Trans Mountain, Kinder Morgan’s investor relations team went into full-on spin mode – declaring that even if the project was cancelled, it would not sound the death knell. Other investors agreed, and are now asking “Who cares if the Trans Mountain pipeline is cancelled?”

The optics were not improved when it was revealed that Warren Buffet liquidated his entire position on Kinder Morgan. Not long after this revelation, we learned that the company was working with TD Bank (also a funder of the Dakota Access Pipeline) to find a joint venture partner, and was speaking with the Canadian Pension Plan Investment Board, the Caisse de depot et placement du Quebec, and Ontario Teachers’ Pension Plan Board.

Finally, just last week, Kinder Morgan announced that the new cost estimate for the project was a whopping $7.4 billion – a full $2 billion more than the original cost estimates. Kinder Morgan also announced that a number of its customers had exercised their right to terminate their contracts, while others bought more capacity. The net result was a 22,000 barrel per day reduction in guaranteed take-or-pay contracts that Kinder Morgan now has to find new demand for, or face greater financial risk.

As we learned with the fight against Enbridge, getting political approval for a pipeline is a long way from actually getting a project built. When First Nations uphold their inherent and constitutionally-protected rights, and are backed by the support of allies, massive tar sands pipelines can be stopped.