Listening to the lessons of the lake: Re-imagining flood management in BC 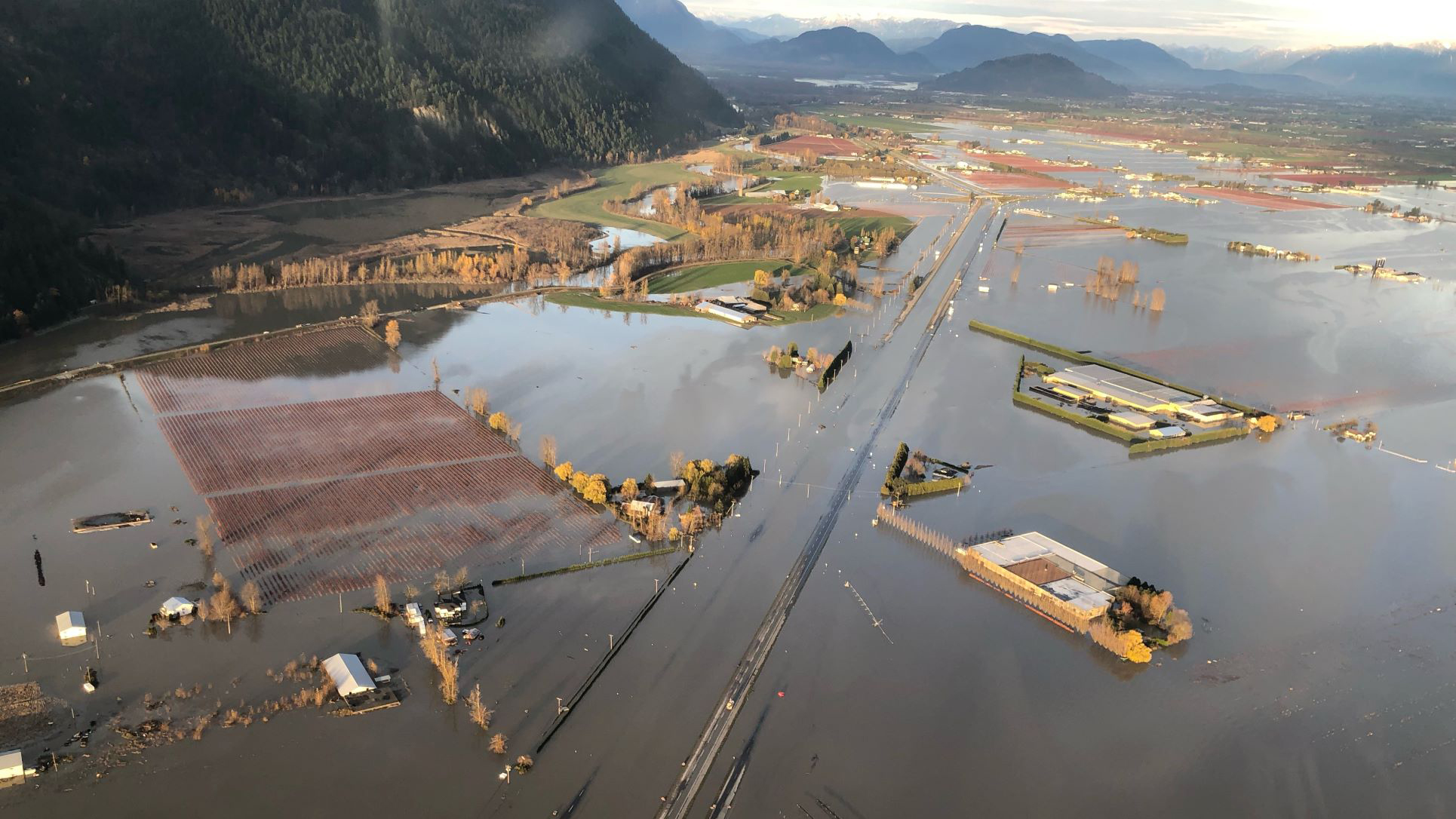 The telling of true stories is necessary to remember our collective history across the globe. Specifically, this has become clear in recent discussions about the abundant life of Semá:th Lake (also known as Sumas Lake) in the Fraser Valley of BC, which once “reached from Chilliwack into Washington State.”

For thousands of years, Semá:th Lake offered significant habitat for a variety of fish, such as sturgeon and salmon, freshwater mussels, and many migratory birds. As the waterways in the Lower Fraser region connect the various Indigenous communities to one another, Semá:th Lake was central to the thriving economy of the Semá:th people, who were significant contributors to the wider Indigenous trade economy.

Evolution of the Fraser Valley, 1827-1946 (Map animation by Seelkee via Wikimedia Commons)

In 1924 Semá:th Lake was taken, its waters drained with infrastructure made to control and reverse the flow of water. The hastily-made infrastructure diking systems intended to respond to flooding were done without the involvement or even consideration of the Semá:th people or other Indigenous peoples of the Lower Fraser. Yet draining the lake was celebrated by settlers: the re-visioned ‘prairie’ was flat and fertile with good transportation connections. 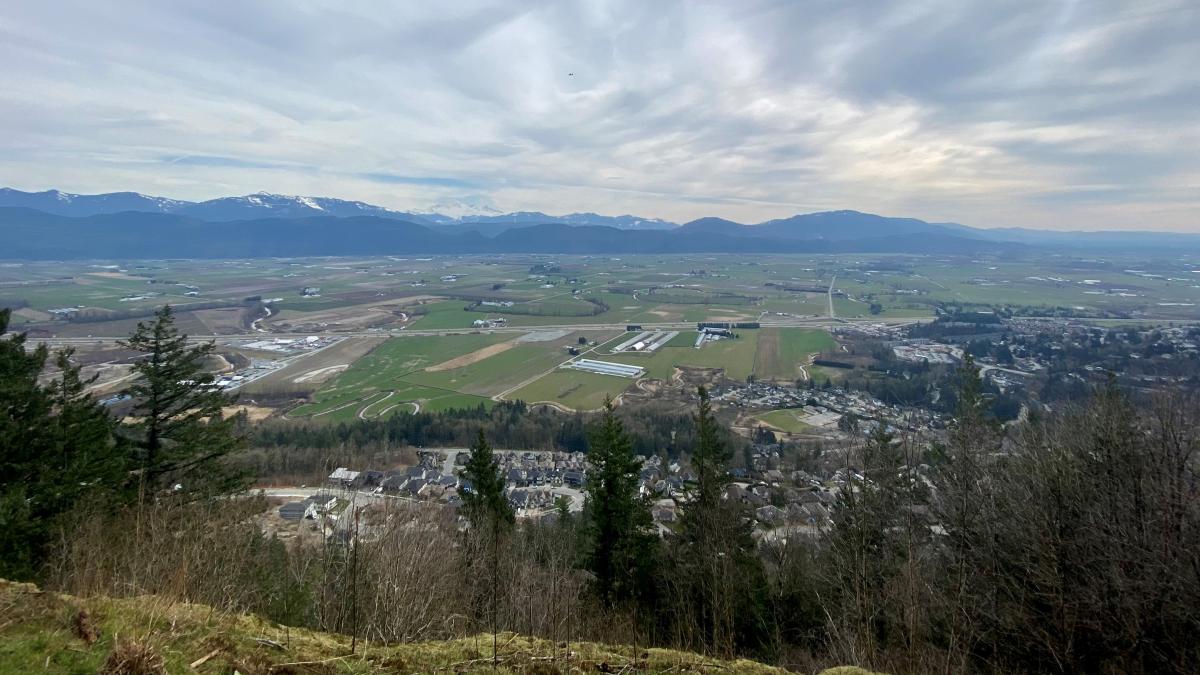 The idea of draining and controlling Semá:th Lake was fueled by mass gold-rush settlement, and an influx of new settlers who quickly became interested in Fraser Valley farmland. Draining the lake was also intended to get rid of ‘nuisances’ like seasonal flooding and mosquitoes.

By 1924 it was done, and the beautiful, abundant lake – now prairie – appeared on Crown land maps as parcels of property. Semá:th peoples remained in the valley without Semá:th Lake, being relocated to small reserves (parcels), enabling more taking of lands across ‘BC’ and repurposing it for the colonial economy. In 2012, Semá:th (Sumas) First Nation began a specific claims process, which often takes decades, to seek reparations for draining Semá:th Lake.

The decision to drain the lake created significant wealth for BC while destroying the Indigenous economy, creating food and economic insecurity. As legal allies to Indigenous peoples with our focus on decision-making related to watershed management and fisheries governance, we look at the taking of Semá:th Lake as an illegal act (contrary to natural law), and wish to amplify the voices of many Indigenous peoples, who believe there are consequences to altering nature.

Sumas Prairie floodplain – lake-bed – is also part of the wider Lower Fraser River floodplain, adding to its flood risk. Major Fraser River floods occurred in 1894 and 1948, leading to the construction of an extensive network of over 500 kilometres in diking and drainage infrastructure. It was done rapidly and reactively.

By 1950, most of the dikes we see today were in place. Flood management became identified almost exclusively as dike management, and floods have continued to affect the Sumas Prairie floodplain, such as in 1972, 1990, and now in 2021. As we’ve seen, these events have significant economic and social consequences every single time. 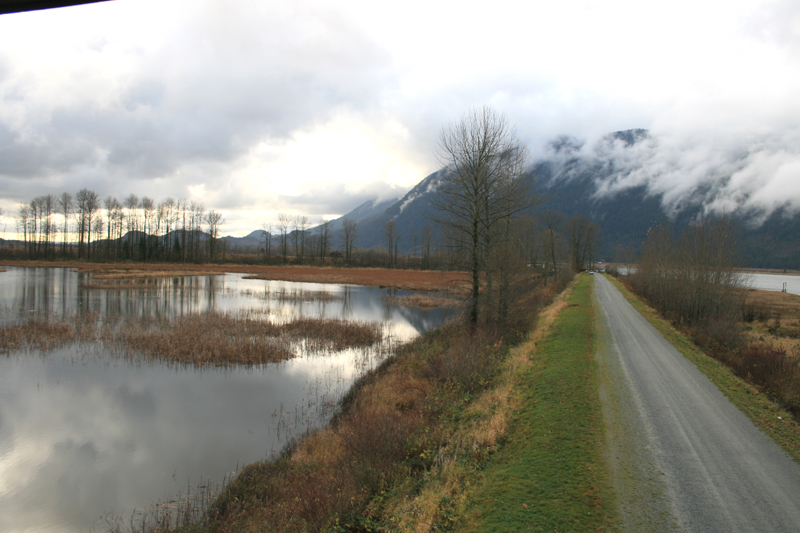 With the lessons of the recent floods, made more emphatic by climate change, it is evident that our decisions are pushing the limits of the health of the ecosystems we are a part of. We know Sumas Prairie flooding happens once in a generation; now we have an opportunity to collaborate on building back after the floods in ways that recognize the history and lessons of water.

We stress Winona LaDuke and Deborah Cowen’s point that:

“effective initiatives for justice, decolonization, and planetary survival must center infrastructure in their efforts, and we highlight alimentary infrastructure—infrastructure that is life-giving in its design, finance and effects.”

In most cases, Canadian law fails to recognize the beautiful and haunting power of water's duality as both an interconnected life-giving force, as well as a source of extreme danger if harmed and contained without regard to consequences.

In the Lower Fraser, a key provincial law for flood management is the Dike Maintenance Act, which names dike management (not water management) as the overriding objective. This short statute establishes the ‘Inspector of Dikes,’ who is responsible for general oversight and authorizing any changes to dikes in BC. If water breaks through the dikes in an uncontrolled way, it then becomes an emergency managed reactively under the Emergency Program Act.

The return of Semá:th Lake, and the flooding of the Nooksack River in Washington reminds us that water does not acknowledge municipal or international boundaries. Yet over time local governments have become the diking authorities who operate and maintain the dikes and pump stations, with the Province handing them full responsibility for floodplain regulation in 2003.

This creates a challenge around funding, as dikes are very expensive – and upgrading them for climate change is even more so. There are also pressures on local governments to allow more development in the floodplain to obtain development revenues and accommodate growing populations...which reinforces the status quo of the diked landscape without acknowledging water’s place or how vulnerable we become when we deny it. 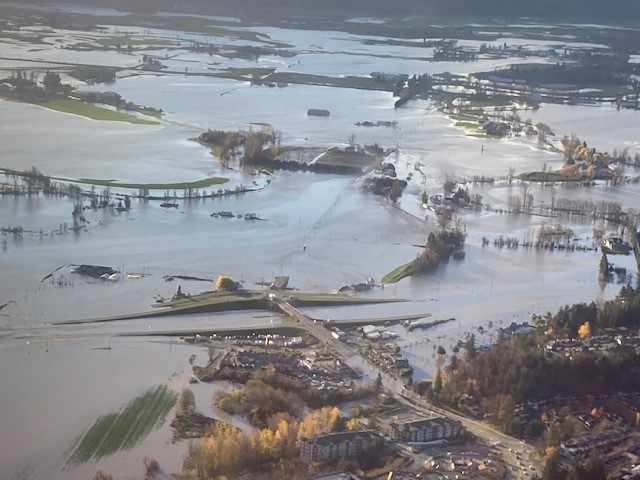 Flooding around Sumas Prairie - the return of Semá:th Lake, November 2021 (Photo: BC Ministry of Transport)

Local government responsibility for water/dike management also limits solutions to each local government’s boundaries. This system does not:

The settler worldview of controlling the natural environment and taking from it (resource extraction for capital gain) is the foundation of our current reality in BC. In the Fraser Valley context, this method can be traced to decisions administered by the ‘Father of British Columbia’ James Douglas with ‘discovery’ of gold in 1857, prompting tens of thousands of gold miners to settle in 1858. In this BC colonial legacy, Indigenous peoples quickly became trespassers on their own territories.

The mapping and claiming of Indigenous land continued, described in Crown law as small parcels with boundaries and property owners. Over time, municipal boundaries and others would be overlaid on those maps, reflecting distribution of Crown authority and in some cases priority land use areas for certain interests (i.e., Agricultural Land Reserve).

As human activity in the Sumas floodplain has intensified, so have the complications in managing water. History and recent events keep warning us: the current flood management approach does not work. As lawyers, we believe that decision-making based on the hypothesis of endless abundance and without due regard to the natural environment, as well as exclusion of Indigenous peoples, must end.

What we need now is clear and committed leadership from Crown governments that acknowledge this history, and work in collaboration with Indigenous peoples with all available knowledge: Indigenous knowledge and scientific evidence. The more obvious and logical solution being discussed and employed in other places is an integrated approach to flood management.

Build back better: moving forward based on respect and collaboration

In short, BC governance is based on a simplified view of the landscape that exists within all of our systems, and is evident in how we handle water. In the Fraser Valley, our decisions relating to water are narrowed to flood infrastructure maintenance and emergency response.

It is critical that the response to the re-emergence of Semá:th Lake is not to re-entrench colonial values and community vulnerability to continuous flooding. Instead, let us listen to the lessons of the lake and choose ways and opportunities based on collaboration that incorporate the natural world in decisions and in infrastructure.

Thankfully, we have many tools in our toolkits, such as the Sendai Framework for Disaster Risk Reduction, an internationally-agreed standard for disaster risk management that talks about “building back better.” So what does building back better mean for us? We believe this is one of our most pressing issues today, one that requires dialogue on a government-to-government basis, fully informed by the UN Declaration on the Rights of Indigenous Peoples (UNDRIP), the BC Declaration on the Rights of Indigenous Peoples Act (DRIPA), and Constitutionally-protected Indigenous title and rights. Currently, the Province of BC has already issued a request for bids from consultants to develop new flood infrastructure guidance with no mention of its Crown legal responsibilities as confirmed in DRIPA.

We believe Semá:th Lake’s return is warning us to do things differently. Acknowledging the flow and agency of water in decision-making going forward is the less risky option.

We don’t have all of the answers, but we are optimistic, and acknowledge the work that is already underway in many places; in communities, in government offices (on the sides of many desks), in the revitalization of Indigenous laws, in salmon making their way home through the flood waters. All are examples of our actions percolating like water across our shared landscape.