More plastic than fish? The future we don’t want for our oceans | West Coast Environmental Law

News & Events » Environmental Law Alert Blog » More plastic than fish? The future we don’t want for our oceans
Back to top

More plastic than fish? The future we don’t want for our oceans 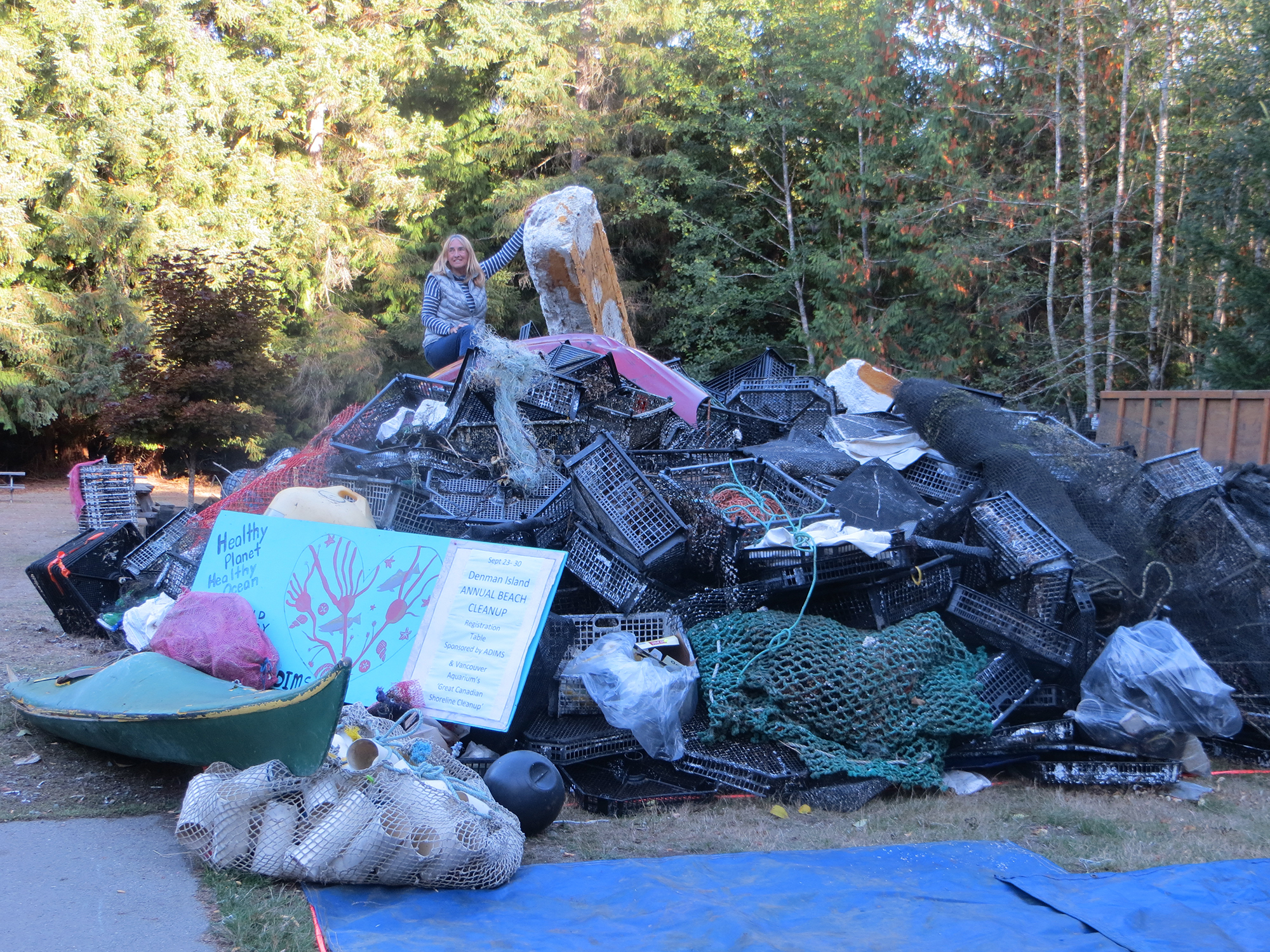 In 2016, the Ellen MacArthur Foundation reported that plastic debris is currently entering the ocean at a rate of one garbage truck per minute. At this rate, there will be more plastic than fish in the ocean by 2050.

The pervasiveness of plastic in the ocean was easy to see on Denman Island, where we attended the annual Beach Cleanup organized by the Association of Denman Island Marine Stewards (ADIMS) at the end of September.

Baynes Sound, a 20-kilometre stretch of coastal water on the BC coast between Vancouver Island and Denman Island, hosts approximately half the province’s shellfish farm leases. Plastic is ubiquitous to shellfish farming: it is used to manufacture growing trays, predator exclusion netting, lines, and floats, all of which are frequently lost to the marine environment. Of the three to five tons of debris that the Denman Island community removes annually from its shores, 90% is plastic and styrofoam equipment used in shellfish aquaculture.

Much of the equipment is still in good condition, and it was heartening to see shellfish growers arrive at the event to collect the shellfish growing trays that could be reused. However, the community worries about the effects of plastics on marine organisms, and would like to see greater efforts from regulators to prevent aquaculture debris from accumulating in the first place. 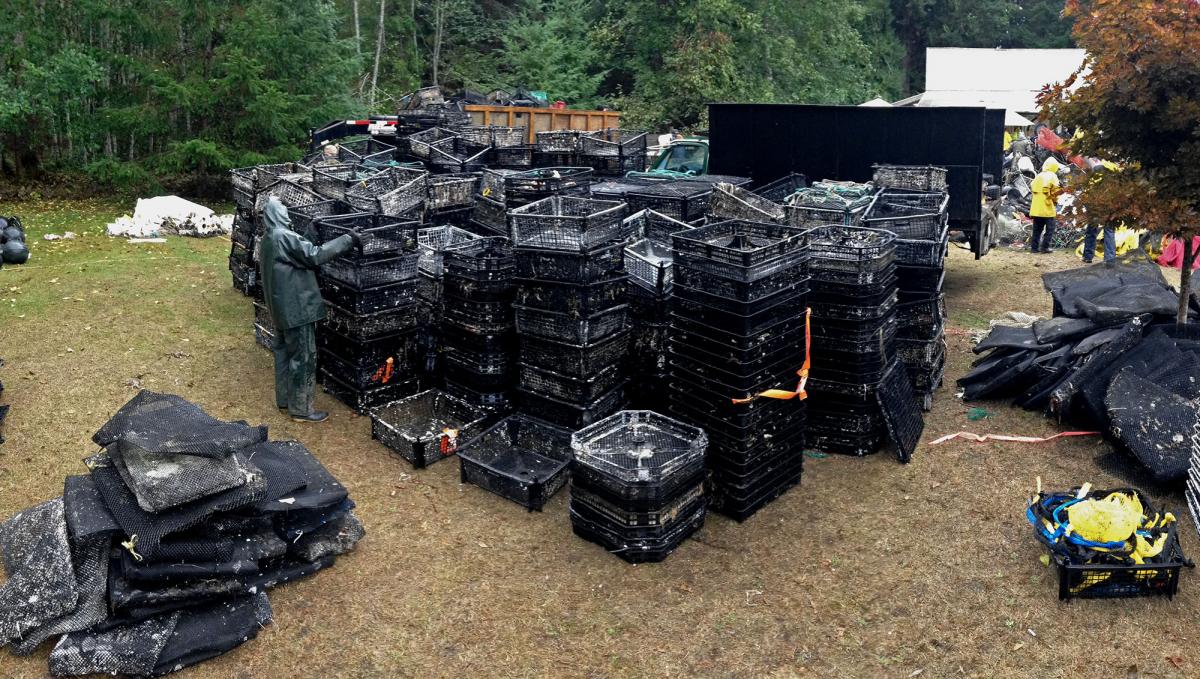 Intact and reusable oyster growing trays that had been picked up off Denman Island’s shores were sorted and stacked by ADIMS volunteers. These were then picked up by shellfish growers to reuse in their aquaculture leases. (Photo: Maryann Watson, WCEL)

Over time, plastics in the ocean break down into microplastics, which are pieces of plastic debris less than 5mm in length. Microplastics have been found to concentrate in areas of the ocean near land-based human activities and from marine-based sources such as harbours and vessels. Queen Charlotte Sound, on northern Vancouver Island, has been identified as one such "hot spot" for microplastic concentration on the BC coast.

Fish, shellfish, and even zooplankton at the base of marine foodwebs can ingest microplastic fragments, which are then passed up the food chain. Dr. Sarah Dudas of Vancouver Island University has identified microplastics in shellfish intended for human consumption. Although her research hasn’t identified a specific source for these microplastics, netting and rope from aquaculture have been highlighted as materials that flake easily into extremely fine pieces of plastic, right next to shellfish raised and harvested for human consumption. The effects of ingesting microplastics and the chemicals associated with their production are still unknown.

What does law have to do with it?

The ocean is viewed as a public space, and plastic debris enters it from such diverse sources that it is hard to monitor. As a result, polluters do not take responsibility for marine debris, and have little incentive to prevent or remove it. We need stronger laws and better enforcement to ensure that ocean plastics are taken seriously.

Currently, there appears to be no legal regime to address aquaculture debris. The BC Shellfish Growers Association has released an Environmental Management Code of Practice, which shellfish growers may choose to adopt. The Code requires growers to keep their lease and adjacent areas clean of farm-related debris, to regularly inspect the lease and adjacent shoreline areas, to retrieve debris of aquaculture origin, and to promote the collection and disposal of marine user wastes in a proper and timely manner. However, these guidelines are voluntary and not enforceable.

Shellfish growers must obtain an aquaculture licence under the federal Fisheries Act. The Conditions of Licence prohibit growers from letting their equipment, such as oyster trays and netting, enter into the environment as debris. But enforcement of these conditions is almost impossible: there is no way to trace the equipment back to the license holder, once it is adrift in the ocean.

The federal government could strengthen Fisheries Act licensing requirements by requiring identification tags on fishing gear, nets, buoys and traps, which would allow the owner to be identified and held responsible for the equipment that washes up on shore.

In addition, either the provincial or the federal government could create incentives for growers to retrieve lost gear. Each plastic tray and each piece of netting costs from $4 to $8, which means it’s often not worth the effort for growers to recover unmoored or washed-up equipment. Increasing the cost of this equipment or offering a refund on return might incentivize growers to be more watchful of their equipment.

On Denman Island, we sorted through garbage ranging from chip bags and pop bottles to plastic bags to spatulas, rubber gloves and lone flip-flops. The problem extends beyond aquaculture to plastics use generally. Data from the Great Canadian Shoreline Cleanup, hosted by the Vancouver Aquarium and the World Wildlife Fund, shows that the most commonly-collected items on Canadian shorelines are single-use products, including food wrappers, plastic bags, and water bottles. 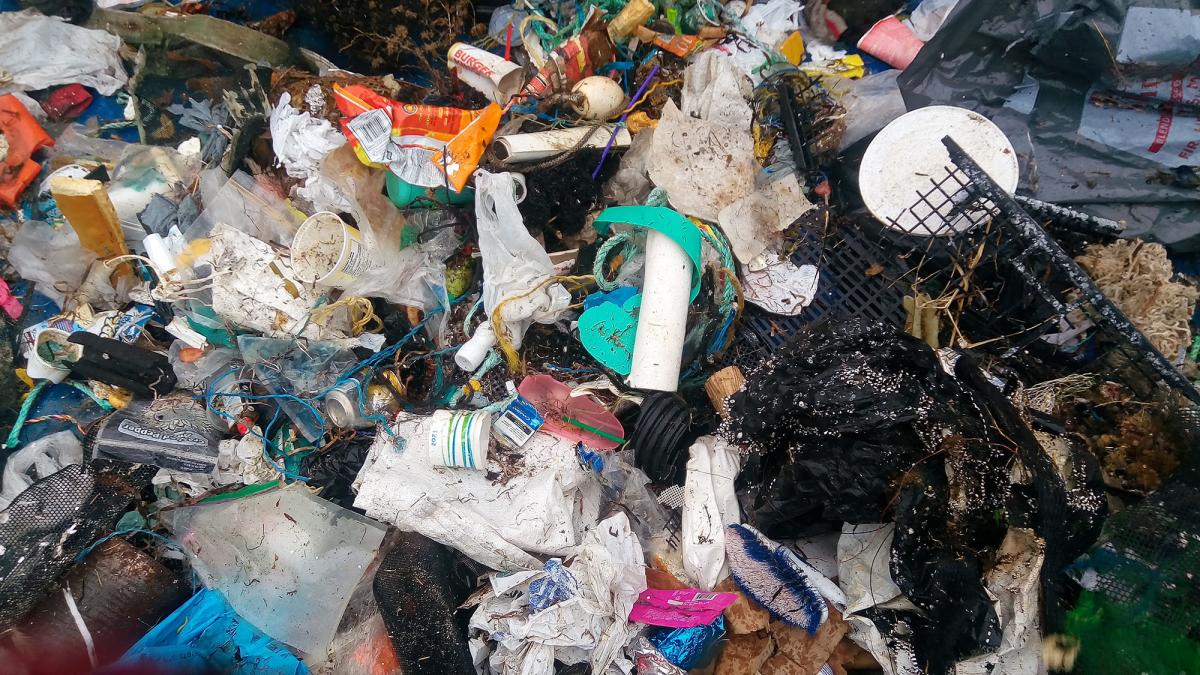 Bans and levies on single-use plastics are one way to regulate sources of marine debris. More than 40 countries have taxed, limited or banned single-use plastic bags, including most recently Kenya, which has imposed serious fines or jail time on anyone who sells or imports plastic bags. The Environmental Law Clinic at University of Victoria released a report this summer on legal reforms to address marine plastic pollution, including bans and levies, as well as producer responsibility programs, which require producers to manage the disposal and recycling of their products.

Overall, Canada has not taken legal action to address the problem of marine plastics generally, or plastic debris from aquaculture more specifically. However, the Canadian government joined UN Environment’s CleanSeas campaign in September 2017, which aspires to eliminate major sources of marine litter by 2022. West Coast will be exploring legal options to assist the government’s progress on this issue, and you can stay engaged through the CleanSeas campaign website.

What else can we do?

As we saw on Denman Island, individuals and grassroots groups are taking action to remove debris from the marine environment and to create greater awareness about the problem. 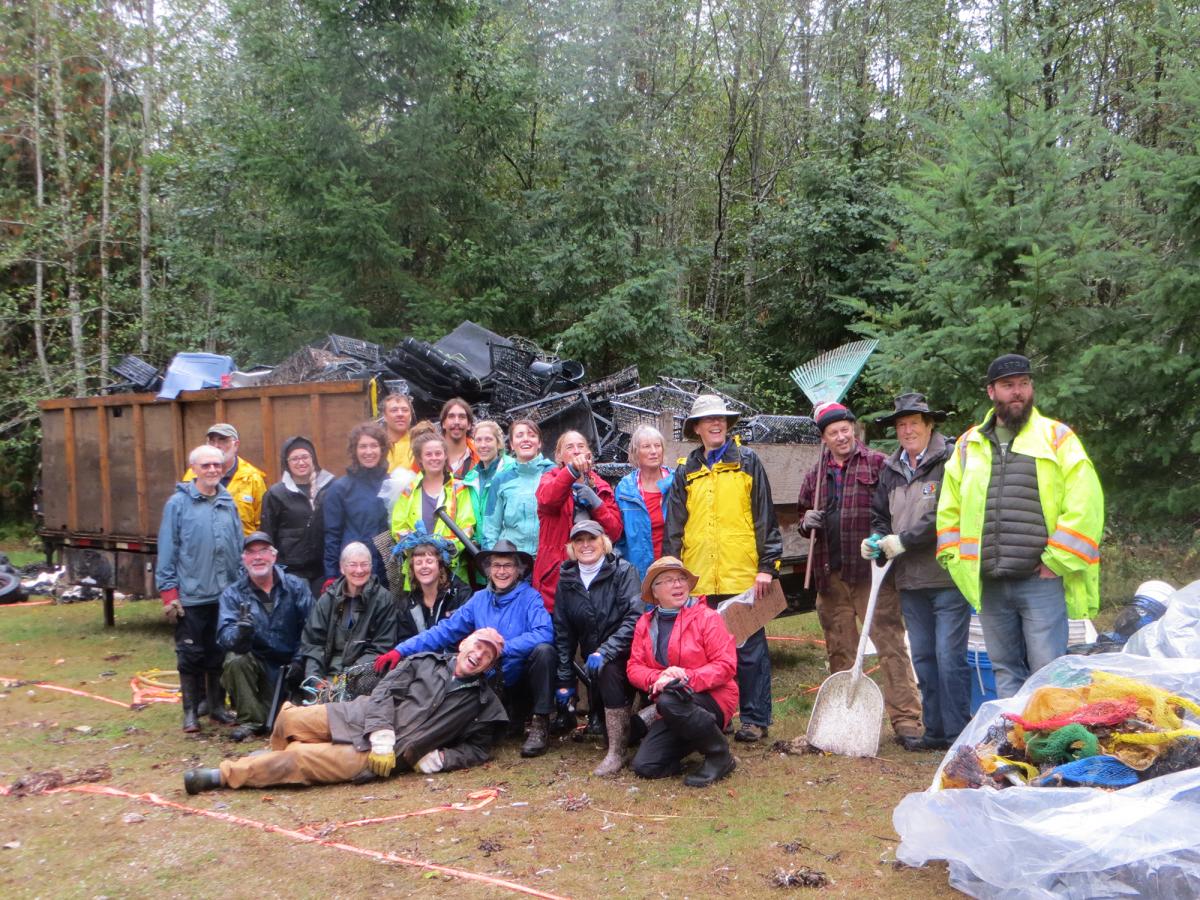 Pete Clarkson, who joined the Denman cleanup, works in the in Pacific Rim National Park and creates works of art from debris he finds washed up on our shorelines. His work is on display in Tofino, Ucluelet, Vancouver, and Ottawa.

The Ocean Legacy Foundation, also onsite for the beach cleanup on Denman Island, organizes cleanup expeditions along the Pacific Coast and around the world. They are also working on technology that converts plastics back into the oil and fuel that created them. So far, they have collected 114,400 lbs of waste along 77km of shoreline. You can view their global map of marine debris hotspots, areas where debris collects due to currents, winds, and local sources.