Net Zero or Net Reckless? – What is the appropriate role for negative emissions technologies in meeting Canada's climate targets? 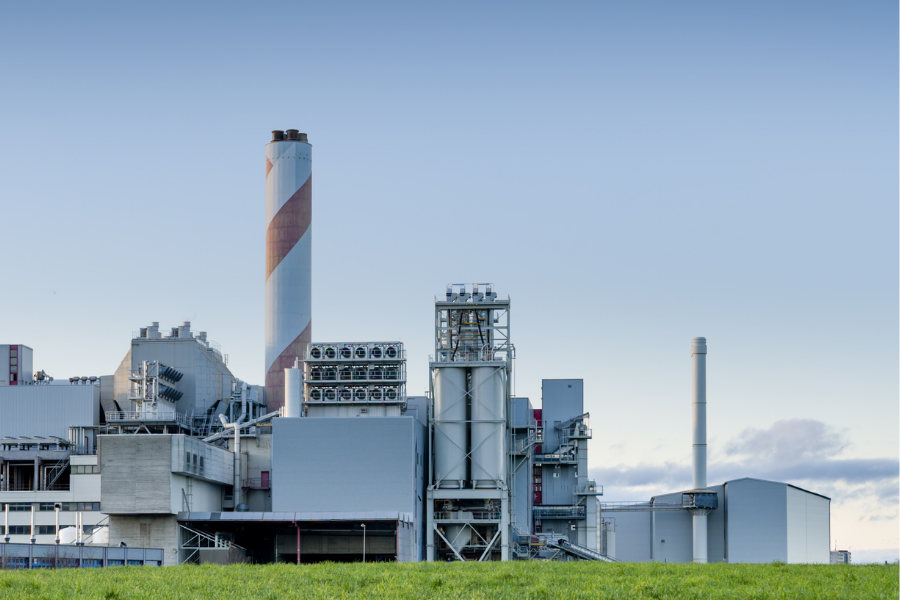 Hot off the press!

The Intergovernmental Panel on Climate Change (IPCC) has stated that the world needs to achieve net-zero global emissions by 2050 in order to limit global temperature rise to 1.5 °C and avoid the worst impacts of climate change. Accordingly, like many jurisdictions around the world, Canada has set a net-zero emissions by 2050 target. This goal was given legal effect in 2021 in Canada’s Net-Zero Emissions Accountability Act (CNZEAA), which explains that “net zero” means “anthropogenic emissions of greenhouse gases into the atmosphere are balanced by anthropogenic removals of greenhouse gases from the atmosphere over a specified period.”

The inclusion of anthropogenic removals in Canada’s emissions target introduces a new dimension to Canadian climate law and policy, including the concept of “negative emissions”. For the first time, Canada’s climate target is not just about reducing the country’s greenhouse gas emissions, but also about increasing “removals” to achieve a balance. CNZEAA does not define “anthropogenic removals”, leaving Canada’s Minister of Environment and Climate Change with considerable latitude to develop climate plans that include “negative emissions technologies” (NETs).

NETs are technologies that remove carbon dioxide (CO2) from the atmosphere and permanently store it, resulting in the net removal of greenhouse gases from the atmosphere. NETs could potentially have a valuable role in restoring the health of the atmosphere and ‘neutralizing’ emissions associated with essential goods or services for which there is no realistic carbon-free substitute; however, given the risks and limitations of NETs, government regulation should take a cautious approach.

This paper examines the risks and limitations of industrial NETs, including Direct Air Capture (DAC) and Bioenergy with Carbon Capture and Storage (BECCS), explores key related questions, and concludes with recommendations to the Canadian government on the use of NETs in meeting climate targets. The recommendations may also be useful to other levels of government that have or are considering net-zero goals.

Virtually all of the IPCC’s mitigation pathways to achieve 1.5 °C require the use of some “carbon dioxide removal” (CDR) to reach net zero (although CDR is needed less in pathways that have strong emphasis on energy efficiency and low demand). A large amount of the proposed CDR would be achieved through nature-based solutions (e.g. planting trees and changing agricultural practices), but most pathways also include a significant amount of anthropogenic removals, mainly from BECCS and to a much lesser extent DAC. Thus, even though there are many valid concerns regarding the use of NETs, it is hard to dismiss NETs entirely. Nevertheless, the IPCC is very clear that there are limits on how much and how quickly NETs should be used and that NETs should be used specifically to neutralize emissions where no alternatives exist and to draw down the already too-high levels of CO2 in the atmosphere. It is clear that governments must prioritize actual reductions in greenhouse gases, and the potential for removals should not be used as a basis for delaying emissions reductions.

A literature review reveals that there are considerable challenges and constraints associated with NETs and CO2 storage options.

The available information about the risks and challenges of NETs supports the view that they should be used sparingly, and actual emissions reductions and shifts away from fossil-fuel based technologies should be prioritized.

What is the appropriate role for NETs in addressing global climate change?

Based on a review of reports by the Intergovernmental Panel on Climate Change, the International Energy Agency, and available academic literature, we have identified four key principles, and a set of recommendations, identifying how NETs should and should not be used to achieve a net zero target.

While there is a role for NETs, the IPCC and other scientific writers are clear that there are large risks with relying too much on these technologies and that urgent emissions reductions should be prioritized, with NETs only being relied upon in very limited circumstances. Even creating enough NETs for these limited purposes has been called “an atmospheric GHG restoration Manhattan Project.” The literature review revealed there are huge uncertainties about whether and how quickly NETs could be brought up to a large scale, as well as significant economic, ecological, cultural and other costs associated with doing so (discussed in principle #3). There is no basis for using NETs to justify continued emissions from industries that can be decarbonized.

In addition, the literature reminds us that Canada has more capacity to reduce emissions and build NETs than many countries that have done less to contribute to the climate crisis. As a wealthy country, Canada must do its “fair share” and shoulder a greater burden of climate mitigation than the global average. To achieve the net zero by 2050 goal globally, wealthier countries, like Canada, should achieve net zero earlier than 2050, to allow less wealthy countries to achieve net zero a little later. Canada should build out NETs, not to allow it to emit more, but to compensate for its historical emissions.

Reliance on NETs in Canada’s climate plans for anything other than these limited purposes undermines the goals of the Canadian Net-Zero Emissions Accountability Act, creating huge risks that Canada will fail to meet its climate targets if it relies heavily on NETs.

Government targets and plans should specify what portion of the target, if any, will be achieved through NETs and they should only include NETs that are demonstrated to be currently scientifically feasible and scalable over the life of the plan. Canada’s climate laws and policies should be revised to prioritize actual greenhouse gas reductions and limit the use of NETs to essential processes where no alternatives exist.

Although NETs aim to remove CO2 from the atmosphere, if they are not used appropriately they can actually result in a net increase in emissions when the full life cycle is considered. To ensure that NETs live up to their name and truly achieve net negative emissions, it is vital that all emissions produced by the process are accounted for, including upstream and downstream emissions. It is also essential to have clear rules to ensure that CO2 that has been removed is permanently stored and will not leak back into the atmosphere at some point in the future.

In addition, plans to achieve “net zero” goals usually assume that one tonne of CO2 added to the atmosphere equals one tonne removed. Scientists warn that this assumption is too simplistic. In actual fact, to actually reduce greenhouse gas concentrations in the atmosphere you likely have to remove more CO2 than was added; the current best estimate of the true “balance” is 1.1 tonnes of CO2 removals per tonne of CO2 emitted.

Canada needs to enact clear rules and requirements to ensure that NETs remove carbon from the atmosphere permanently. Canada’s Impact Assessment Act and other legislation and policies should ensure that emissions reductions are prioritized, and that NETs, if used at all, should be limited to processes which are necessary and for which no alternative exists. Where NETs are used, they should be demonstrated to be scalable over the life of the plan or project, based on what is currently scientifically feasible.

Although the theoretical limit on how much CO2 can be captured and stored is large, there are very real constraints on NETs related to energy, water, land and other resource use, and the speed with which the technologies can be deployed at scale. DAC is hugely energy and water intensive, while large-scale BECCS typically requires vast areas of land. Both technologies may, depending on where they are located relative to storage sites, require massive pipeline networks, with their own risks of leakage, explosions and environmental harm.

The challenges associated with ramping up NETs are exacerbated by the fact that addressing the climate crisis requires the rapid development of other infrastructure, both to reduce emissions and prepare for the impacts of climate change, and this is likely to compete with NETs for labour, materials and other resources.

Canada’s climate laws, and associated regulations and policies, must fully assess and manage the broader impacts associated with the technologies. In particular, the UN Declaration on the Rights of Indigenous People, especially the principles of self determination and Free, Prior and Informed Consent must be upheld for all NETs projects and related infrastructure.

A growing body of academic literature asks how we are going to create the financial incentives necessary to ramp up a barely existing industry at an unprecedented rate. Studies show that this will likely require government intervention. Several writers propose that CDR be viewed as a “public service”, analogous to waste disposal. A polluter pays approach in which public CDR is paid for through industry taxes and/or a carbon tax while industry is held to aggressive emissions reductions requirements could realize the potential of CDR to protect the public interest, but there is an opportunity cost as the money may be better used elsewhere

There has been relatively little discussion of how NETs might be funded in Canada or who will ultimately own the infrastructure, but calls for large-scale public funding of private projects seem likely. However, from the point of view of ensuring that NETs are used where they are most needed, the government needs to retain ownership and/or control over the resulting technology or facilities.

NETs bring with them a slew of risks and limitations, uncertainties and ethical questions, but given the importance of achieving a stable and safe climate, NETs cannot be dismissed altogether. It is extremely important that NETs are used sparingly, only to compensate for essential and extremely difficult to decarbonize emissions, and to drawdown historical emissions, and that NETs are not used as an excuse to delay the drastic emissions reductions needed to reach net zero.

If and when NETs are used (for the limited purpose stated above), government regulation will be required to ensure that, among other things: full life-cycle assessments of NETs are conducted to assess their efficacy in reducing emissions; transparent monitoring, reporting and verification is in place to provide accurate accounting of carbon sequestration; careful consideration of land, energy and water use is undertaken to inform siting and avoid environmental and social impacts, and that polluters pay for the costs of NETs.