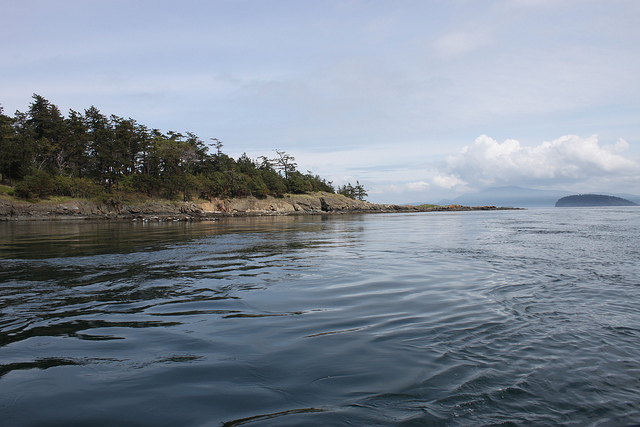 Every two years the Salish Sea Conference brings together scientists, First Nations and tribal government representatives, resource managers, community/business leaders, policy makers, educators and students, and even the occasional environmental lawyer, to share the latest research on protecting and restoring the Salish Sea ecosystem. This year I was privileged to be one of well over 1,000 attendees at this exciting conference, held in Seattle from April 30 to May 2. It was organized by the Fraser Basin Council, Western Washington University and the Puget Sound Partnership.

The Conference was held at the Seattle Convention Centre, and Chief Leonard Forsman of the Suquamish Tribe officially opened the proceedings on Coast Salish territory. Grand Chief Edward John of the First Nations Summit and Hereditary Chief of Tl'azt'en Nation gave the opening plenary address. We were reminded about Chief Seattle, and his famous words: “The Earth does not belong to us. We belong to the Earth.”

After the opening, we all headed off to the sessions, and I had to choose among eight different streams, and over 400 presentations! Having an up-to-date understanding of what’s going on in an ecosystem is critical for managing it well, and the conference provided an important opportunity for information sharing, across borders and across sectors.

A strong First Nations and Tribal presence at the conference emphasized that for Coast Salish peoples, the US/Canada border is a recent phenomenon and their millennia of experience and knowledge in living prosperously, and sustainably, in and around the Salish Sea must be honoured and respected as we tackle current challenges.

I can’t possibly capture the entire range of important issues explored at the conference. But here are a few highlights:

For those who are interested in more information about the conference and its proceedings and presenters, including slides and other materials, they will eventually be available as an archive at the Salish Sea Conference site. The Puget Sound Institute at the University of Washington is also compiling an Encyclopedia of Puget Sound that will include reports and stories from the conference.

West Coast Environmental Law has been working with local governments, and with the provincial government, to help give BC communities tools that address the impacts of climate change by increasing resilience. The Salish Sea Conference provided a rich offering of ideas and contacts that will help us in that work.