For orcas’ sake, we will not give up the fight against the Trans Mountain pipeline | West Coast Environmental Law

News & Events » Environmental Law Alert Blog » For orcas’ sake, we will not give up the fight against the Trans Mountain pipeline
Back to top

For orcas’ sake, we will not give up the fight against the Trans Mountain pipeline 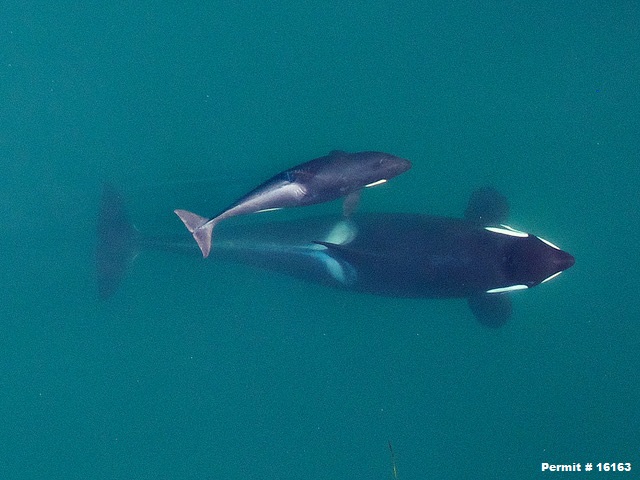 Canada’s approval of the Trans Mountain Pipeline project this week is a glaring reminder that the endangered orcas of the Salish Sea may still go extinct. People concerned about a southern resident killer whale population that has dipped to 76 should keep fighting this bad decision, which could push these beloved orcas over the edge.

Regulatory and funding measures taken on both sides of the border this year to help southern resident killer whales were welcome steps. But they are not enough to get these highly imperiled animals off their current extinction trajectory. These orcas need better habitat protection and restored wild salmon runs, not new threats from vessel noise, ship strikes and oil spills.

This pipeline will triple the volume of oil transported from Alberta to the shores of British Columbia and increase oil-tanker traffic from 60 tankers a year to more than 400. This will significantly increase acoustic disruption to the ailing southern resident killer whales and the risk of oil spills.

On the U.S. side of the border, proposals underway will similarly threaten orcas and their habitat. Those include the Navy’s plans for extensive testing and training in the Pacific Northwest. The Navy will use sonar and explosives that will harm southern resident killer whales and other marine species.

For an orca species nearing the point of no return, approving enormous new threats like these will be a death sentence. That is why we will support continued efforts to stop the Trans Mountain Pipeline, including legal challenges on both sides of the border. The fight is not over.

Last month, a small group of scientists and lawyers from the U.S. and Canada came together to discuss what could be done to help this trans-boundary orca population survive. We all felt strongly that we have only one chance to do this right. We need the best available science to guide bold actions that will ensure quieter seas and more fish for these orcas.

On both sides of the border, actions are modifying southern resident killer whale habitat and impacting individual orcas in ways that hinder their survival and recovery. Canadian and U.S. endangered-species laws were explicitly designed and written to prevent this slow slide to extinction, but neither side has yet had the courage and vision to faithfully follow the letter and spirit of these laws. This must change now or we will lose these magnificent creatures forever.

The underwater world of the Salish Sea has no border signs. For orcas to survive and flourish, we need to treat their home as one place, with synergistic laws and actions to protect their foraging, breeding, socializing, and resting grounds. The benefits of this approach will extend far beyond these sentinels of the sea and will help us realize a flourishing Salish Sea ecosystem for generations to come.

Just as Canada and the U.S. have worked together on transboundary air pollution, hazardous waste, and shared waters, we call on our governments to step up by fully enforcing their own laws and working together to address this transboundary endangered species and habitat challenge.

We need cooperation, not unilateral actions that support the oil industry over endangered species and the climate crisis. We will stand in solidarity with environmental organizations, local governments, and tribes who are prepared to keep fighting this pipeline as if the survival of orcas depends on it, because it just might.

This article originally appeared in the Seattle Times.