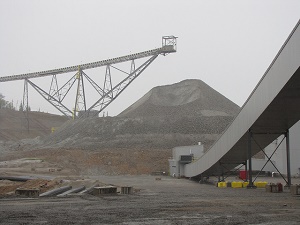 BC’s government accuses political opponents of being too keen to say “no” to development, but a recent report by BC’s Auditor General, Carol Bellringer, blasted the Ministry of Energy and Mines and the Ministry of Environment for the carte blanche they have provided to mining companies with little monitoring or compliance required after mines have been approved. The report examines the impacts of poor enforcement of laws in relation to the Mount Polley Mine disaster (contradicting previous studies that found no relation) and water contamination in the Elk Valley (East Kootenays).

While poor enforcement hurts the environment and the communities that depend on it, it also hurts industry. As we noted recently, it places responsible businesses at a competitive disadvantage, but at a broader level it also undermines public confidence in the industry as a whole – destroying the social licence of the mining industry and other regulated industries.

If we want BC communities to say “yes” to resource development, we need strong environmental laws and we need confidence that our government will stand up and ensure those laws will be followed.

The decline in pollution enforcement

Although we’ve written before about the drop in environmental enforcement in BC, the Auditor General’s report provides some additional data – the number of permits that allow the discharge of waste into the environment issued under the Environmental Management Act and its predecessor, the Waste Management Act (the “Pollution Statutes”).* And that, combined with our own data on enforcement action taken in relation to those two statutes, allows us to paint a more accurate picture about BC’s pollution-related law enforcement.

Our own raw data shows that since 1990 there has been a significant decline in the number of convictions under the Pollution Statutes, but only a slight decline in the tickets issued.  As we’ve written before, tickets involve only a minor penalty – a few hundred dollars – whereas convictions involve court time as well as major fines.

But the Auditor General’s data shows that there are now well over twice as many permits authorizing the discharge of waste into the environment as there were in 1990. This means that the Ministry of Environment has many more permits to inspect and to enforce, but is issuing fewer tickets and obtaining almost no convictions.

Was the government “over-enforcing” in the early 1990s? For the convictions, a court of law found that a violation of the statute had occurred in each of those cases. Given that this is the statute that regulates large-scale pollution, it does seem reasonable to take violations fairly seriously.

So why the drop? The Auditor General’s report suggests that in the two ministries, a combination of an enforcement culture that emphasizes “cooperation” with regulated businesses and a lack of enforcement staff may play significant roles.

We understand that [the Ministry of Energy and Mines’] collaborative strategy is viable in some circumstances, but it assumes that the majority of mining companies are willing to comply voluntarily. As we found for most of the mines we reviewed for this report, this is not the case. For the inspections reports we reviewed, there were incidences of non-compliance in most cases. (p. 59)

Over the past decade, workloads within the Regional Operations Branch have been increasing, and resources decreasing. According to the branch, its number of full-time employees in 2014 was a 29% drop from 2012 levels. … We found numerous examples of declining staff morale. Many of the staff we interviewed indicated that this decline was due to increasing workloads and their inability to adequately meet the ministry’s mandate of protecting the environment. … [Each] compliance team member could have around 400 authorizations to monitor and/or inspect. We found that inspectors are not managing this workload. For instance, inspectors are not meeting MoE’s policy to annually inspect mine sites. We concluded that MoE’s resourcing levels are likely the causation. (pp. 83-84)

No sooner had the Auditor General released her report, than Senators from Alaska cited it in a letter asking Secretary of State John Kerry to take action to protect the state from new mines that might be built in BC.

Like most Alaskans, we strongly support responsible mining, including mines in Southeast Alaska, but Alaskans need to have every confidence that mining activity in Canada is carried out just as safely as it is in our state. Yet, today, that confidence does not exist.

Of course, the Alaskan Senators’ concerns are not limited to compliance and enforcement – they have broader concerns about BC’s regulation of mines – but it’s pretty difficult to assure the Alaskans that BC’s laws will protect them when we can’t even guarantee that those laws are being followed.

That’s true for British Columbians too.

In Kamloops residents are fighting against the controversial Ajax Mine, which will actually cross into the boundaries of the municipality. I asked an activist who opposes the mine whether they trusted KGHM Ajax Mining Inc. and the province to make sure that the province’s laws were followed and what that meant for their opposition to the project. He wrote back:

Trust is at the very heart of the issue with Ajax.  KGHM likes to use the word “partnership” and refers to us as their “neighbours.” But partnership implies an equal playing field and consent. Why should we consent with being a “partner” with a party that we cannot trust?

The government has no rules, penalties or sanctions for companies that file environmental assessment Applications that are incomplete and misleading. “What can we get away with” appears to be the attitude of KGHM. If the government has lax enforcement standards, it is expected that mining companies will try to get away with as much as they can, at the expense of the environment and those living in the shadow of such mines.

BC’s mining laws are badly in need of an overhaul – but no matter how good the laws become, compliance and enforcement are still absolutely essential to gaining the trust of British Columbians.  Failure in these areas may mean that taxpayers will be on the hook for cleaning up for messes caused by poor mining practices.

Compliance as a tool for social licence

There has been a lot of concern about the challenges of achieving social licence for major resource extraction projects in BC, and what that means for economic growth in the province.

But British Columbians are not in favour of destroying our natural heritage and the environment on which our communities depend.  We will say “no” to resource development if we’re not confident that projects can be carried out safely.

That’s one reason that a strong environmental compliance and enforcement regime is essential to social licence for industries that have the potential to harm our environment. It’s not the only thing that’s needed – strong environmental laws that make sure that projects are appropriately sited and are sustainable are also crucial – but lawless behavior by major industrial players will quickly undermine community support for that industry as a whole (and not, unfortunately, just the rule-breakers).

Photo of mine from BC Ministry of Energy and Mines announcement on enforcement, used under creative commons licence.

* - The Auditor General would not provide its raw data, citing its obligation to keep government information confidential, so our data is approximate only, based on a reading of the graph provided on p. 83 of the report.  Also, that graph goes only to 2012, so figures for 2013 and 2014 are extrapolated from annual increases in earlier years.

** - In fact, the number of permits may under-state the workload of Ministry enforcement staff – since the Environmental Management Act, when it was enacted in 2003, reduced the number of activities which required permits – so the Ministry is also regulating industries which operate without a permit under regulations.