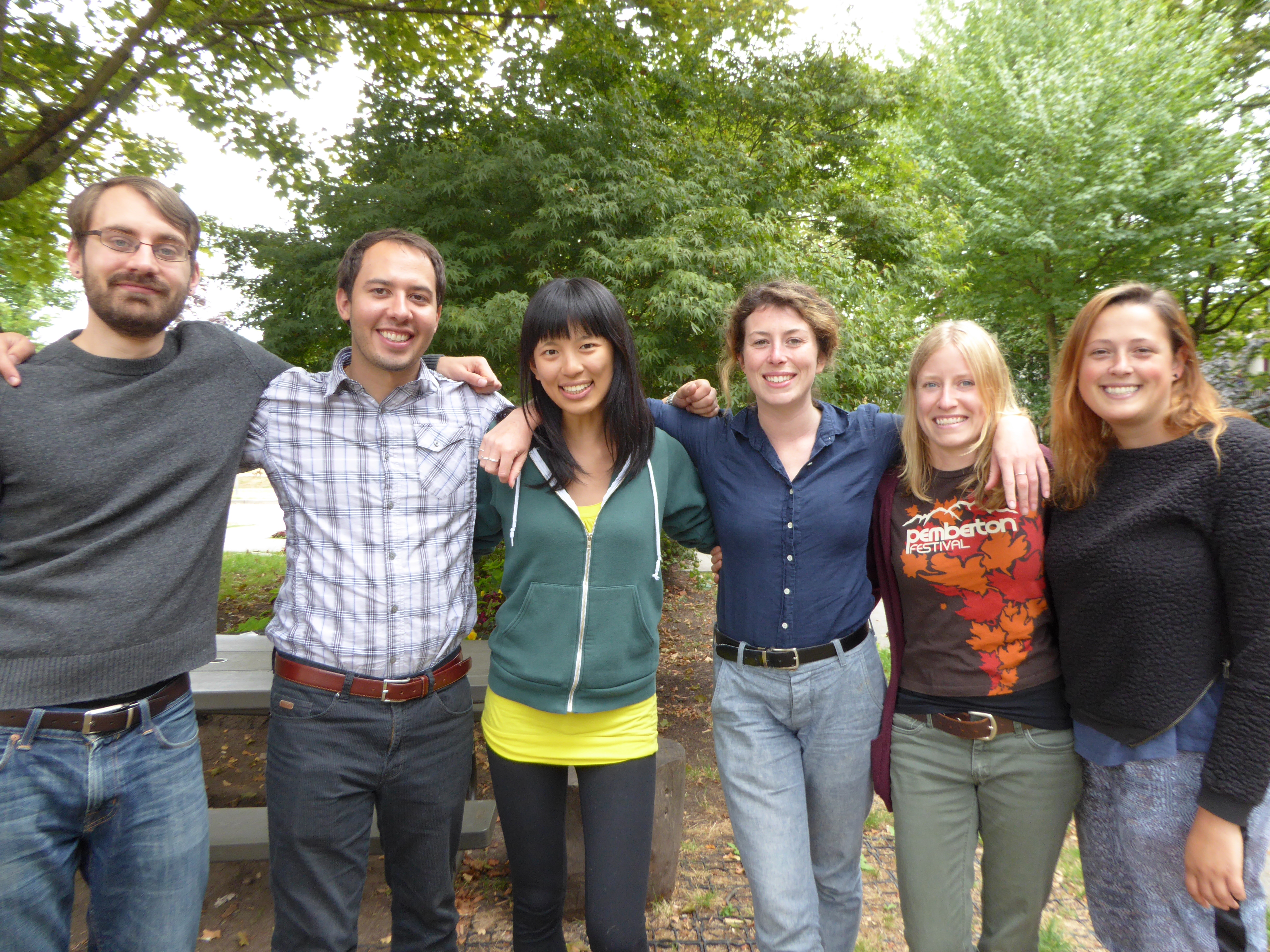 The summer is quickly coming to a close, and the West Coast Environmental Law (WCEL) summer law student volunteers want to take this opportunity to thank our friends and mentors at WCEL for their support and guidance during the course of this amazing experience. As we say our final farewell, we would like to share the highlights of our summer at West Coast.

I wasn’t entirely sure what to expect when I started at West Coast in May, but I quickly found myself in the thick of things. By the end of the first week, I had begun work on what would eventually become my major summer project, started research on a separate legal question, and gone to see a reconstructed estuary in North Vancouver with a senior lawyer. It was a fantastic introduction to what would be a wonderful summer.

Throughout the summer, I was excited and engaged in my work. I gained skills in areas I thought I would (legal research and writing), and in areas I never would have anticipated (drafting press releases, designing websites, making killer affogatos). I was surrounded and supported by a fantastic group of people passionate about the work they were doing, and willing to share their experiences with me. Looking back, I can’t imagine a better way for me to have spent my summer, or a better place to have done it.

West Coast Environmental Law has proven to be an ideal place for me to spend the summer after my second year of law school. My studies thus far have focused on environmental law, and this position gave me the chance to put what I have learned into practice in a meaningful way.

I was keen on returning to British Columbia after having spent two weeks on BC’s Central Coast in August 2014. I was assigned an excellent supervisor at West Coast, and was delegated tasks that fit my own personal interests and experiences. As a student in the planning stream of York University and Osgoode Hall Law School’s joint MES/JD program, most of my work focused on marine planning initiatives for the waters off Canada’s Pacific Coast.

I also had the chance to work on a variety of legal issues for a number of other lawyers. From summary advice for individuals, to research for large-scale litigation, every task that I was assigned furthered my own understanding of environmental law in Canada. I was able to follow files from beginning to end, attend client meetings, and learn from some of the most knowledgeable and capable lawyers in the field. I would like to sincerely thank the staff at West Coast for giving me this opportunity.

After growing up in Toronto and spending my first year of law school at U of T, I took a chance when I applied for a summer position at West Coast. I had never been to Vancouver before and wanted the opportunity to explore a new city and expose myself to a province that is arguably the “hotbed” for environmental and Aboriginal legal issues in Canada. I could not be more happy with my decision. Over the course of the summer, I had the opportunity to work on one of the First Nation challenges to the Northern Gateway Pipeline. I also helped develop a climate damages lawsuit in which large fossil fuel companies are held accountable for cost of climate change adaptation. I felt like the work I did was relevant and important, and the staff at West Coast always valued my contributions. It was a very empowering learning environment for a female first-year law and policy student.

I also enjoyed the opportunities I had to interact with the environmental advocacy community by participating in a meeting of water policy leaders to discuss environmental flow regulations and visiting Tsleil-Waututh Nation for the release of their report rejecting Kinder Morgan’s TransMountain pipeline. I leave West Coast ever more certain that I will pursue a career in environmental law and policy, and more certain that this work is critical to Canada’s future. Thank you to everyone who helped along the way and I hope our paths will cross again in the future!

One of my favourite things about working at WCEL was that rather than being assigned our work, the summer students were given the opportunity to choose the projects and cases we wanted to work on based on our interests. I decided to work with staff lawyer Anna Johnston on the Environmental Laws Matter campaign. In 2012, under the auspices of a “budget” bill, the federal government passed Bills C-38 and C-48, which gutted the Fisheries Act and Navigable Waters Protection Act, and repealed the Canadian Environmental Assessment Act and the Kyoto Protocol Protection Act. The Environmental Laws Matter campaign is creating space for Canadians to demand strong environmental laws that protect our communities, ecosystems, and economy.

Over the summer, I was tasked with collecting stories and accounts from Canadians who have been directly affected by the rollbacks to Canada’s environmental laws. Anna and I travelled throughout Vancouver Island and the lower mainland in her red Volkswagen van, interviewing first nations leaders, fisherman, oyster farmers, scientists, and firefighters. I turned many of those  interviews into blog posts, which will be available to read at www.envirolawsmatter.ca by mid-August.

Although I am well informed about the impacts of deregulation, meeting those affected by the rollbacks personalized the issues for me and I am incredibly grateful to everyone who took the time to meet and share their stories with me this summer. To the staff at WCEL, thank you so much for the mentorship and learning experience.

Spending this summer with West Coast Environmental Law has been a great experience! It has been wonderfulto get the chance to participate in some of the work that West Coast is involved with, and to better understand and appreciate the important role that West Coast plays within a network of committed environmental organizations.

Although I was able to work on many fascinating projects over the course of the summer, some of the most interesting work was with regard to the new Water Sustainability Act (“WSA”). The province is currently in the process of developing accompanying regulations for the WSA, which made the work that I assisted with politically relevant. Not only was I challenged to work with the new legislation to understand possible legal conflicts, but I was also given the unique opportunity to attend a “Water Leaders” meeting with key stakeholders involved in making recommendations for regulations.

The overall positive and encouraging atmosphere at West Coast makes for what I believe to be a really unique summer position. I am so grateful to the awesome people at West Coast who have truly gone out of their way to act as mentors and to provide a rewarding learning experience for us.

Working at West Coast for the summer has been a marvelous experience. Every day that I’m in the office I am blown away by the intelligence, passion, and dedication of every lawyer, staff, and student, and by their tireless efforts to defend the environment that we all love.

This summer position has been a rewarding and eye-opening supplement to my legal education. I’ve not only had the opportunity to review all sorts of legal principles, but also to apply what I have learned in real files and situations, and to see the fruits of the work West Coast does. My projects have run a wide gamut, from helping on a freedom of information request to reflecting on attending the Tsleil-Waututh independent assessment press release to researching civil procedure allocation of costs in foreign jurisdictions. My two main projects have dealt with sustainability policy: I collected and analyzed ideas for reform of the federal Fisheries Act, and researched environmental assessment legislation from various jurisdictions to get ideas for where a Canadian sustainability assessment should be housed. I wouldn’t have had such a unique learning opportunity anywhere else, so thank you to WCEL for making it happen!