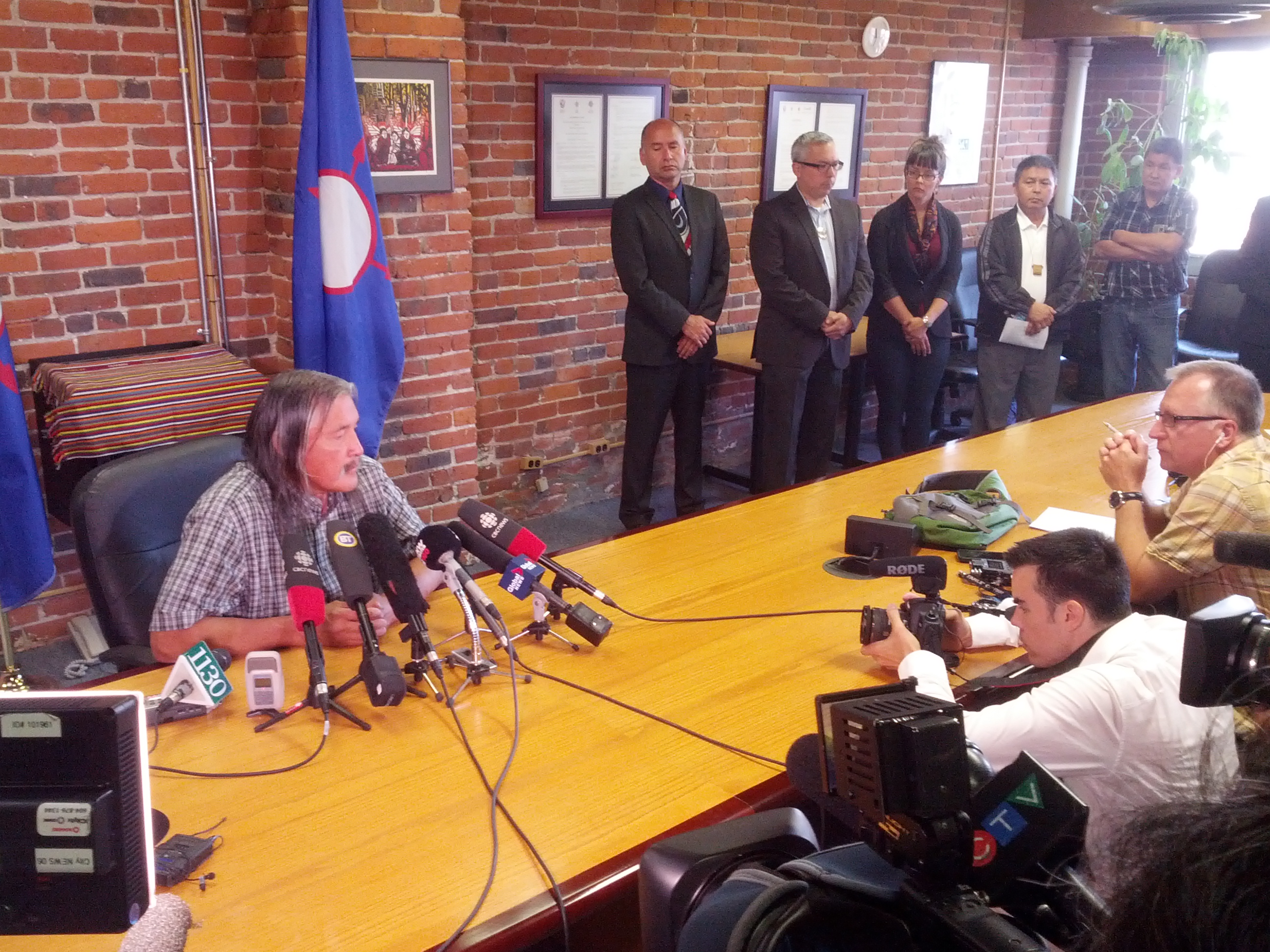 In a wave of legal filings on July 11 and July 14, 2014, eight First Nations from Haida Gwaii to Yinka Dene territory west of Prince George set in motion legal proceedings that, combined with 9 court cases filed earlier this year, have the potential to stop or significantly delay the Enbridge Northern Gateway pipelines and tankers project (the “Enbridge Project”).

The stage is set

On June 17, 2014 the federal government conditionally approved the Enbridge Project. They did so by issuing an Order in Council directing the National Energy Board (“NEB”) to issue Certificates of Public Convenience and Necessity to Northern Gateway Pipelines Inc. on behalf of Northern Gateway Pipelines Limited Partnership for their proposal to build dual pipelines to carry condensate and diluted bitumen to/from the tar sands to the Pacific Coast, then load the oil on to supertankers to ship to Asian and other markets.

This conditional approval risks introducing crude oil tankers and the threat of Exxon Valdez style oil spills to the north coast for the first time, and threatens the rich salmon watersheds and rivers, communities and lands of the northern interior and those downstream. Among the most profoundly impacted by the proposed Enbridge Project are First Nations whose traditional territories are directly in the path of the proposed pipelines and oil supertankers or would be affected by oil spills. As such the project has faced fierce First Nations opposition, with over 100 First Nations having signed the Coastal First Nations Declaration and the Save the Fraser Declaration banning Enbridge pipelines and tankers and similar tar sands projects from their territories and watersheds. First Nations have now taken their battle to the courts in a wave of legal proceedings that are anticipated to tie the Enbridge Project up in legal wrangling for the foreseeable future.

The timing of the legal challenges arises as a result of the omnibus budget bills in 2012, which were designed to pave the way for tar sands pipelines and other industrial development projects. Under new rules, pipeline opponents must now seek permission or “leave” from the Federal Court of Appeal before applying for a judicial review of pipeline approvals, and have only 15 days to do so. For the Enbridge Project that period began to run when the decision was formally published in the Canada Gazette on June 28, and ended July 14, 2014.

In legal documents filed, each of the First Nations describes who they are as a people and detail the profound negative effects they would experience if the Enbridge Project were to proceed. These are distinct for each nation depending on the location of their territories and the particular wealth the land and sea provides, their culture, and the nature of their Indigenous legal order and governance system. But all speak to the evidence before the federal government that the Enbridge Project, and particularly the inevitable risk of associated oil spills, could have devastating impacts on their lands, waters and people, and would seriously impact or infringe their constitutionally protected title and/or rights.

In the recent Tsilhqot’in decision, the Supreme Court of Canada confirmed that in circumstances like this the Crown has a duty to deeply consult impacted First Nations, and would be well advised to obtain their consent in order to avoid a charge of infringement or failure to adequately consult. Instead, legal documents filed, including sworn affidavits, describe a series of legal errors and dishonourable conduct by the federal government on the Enbridge file dating back almost a decade. The problems with the Crown’s review process stretch for dozens of pages, including issues like the Crown’s:

Following the Joint Review Panel process, the federal government’s First Nations consultation phase of the Enbridge Project review consisted of a small number of meetings, often just one or two, between each nation and federal officials. These officials had no authority to bind the federal government  and no mandate to negotiate accommodations. They simply summarized First Nations’ extensive outstanding concerns and forwarded these to the federal decision-makers, who made no further efforts to address them before making their decision: the eventual federal Cabinet decision and conditions imposed did not change at all from the original Joint Review Panel recommendation.

First Nations had a right and a responsibility to assess the Enbridge Project and to make a decision about it as a matter of their own laws and governance systems, through which First Nations have sustained their communities and environment for millennia. The existence of these aspects of Aboriginal title was affirmed in the recent Tsilhqot’in case, and the courts have also recognized the potential existence of Aboriginal governance rights. In their cases, Nadleh, Nak’azdli and others submit that the Crown failed to acknowledge their governance and decision-making rights and to make good faith efforts to reconcile the outcome from their decision-making processes with those of the Crown.

In the result, if they are granted leave to judicially review, the First Nations will argue that the federal government’s approval of the Enbridge Project should be set aside or “quashed.” Three other legal challenges to the Enbridge approval have also been filed, two by environmental groups, and one by Unifor, Canada’s largest private sector union.  And in related cases First Nations and environmental non-government organizations have also challenged the Joint Review Panel report and the Certificates granted by the NEB.

As Grand Chief Stewart Phillip of the Union of BC Indian Chiefs noted at the joint press conference on July 14th announcing the launch of the First Nation legal challenges, the Enbridge Project is in a “deep, dark hole” - both legally and in terms of public and investor support for the project - that many anticipate it will never get out of.