Should Canada’s updated climate ambition focus on the necessary or the achievable? 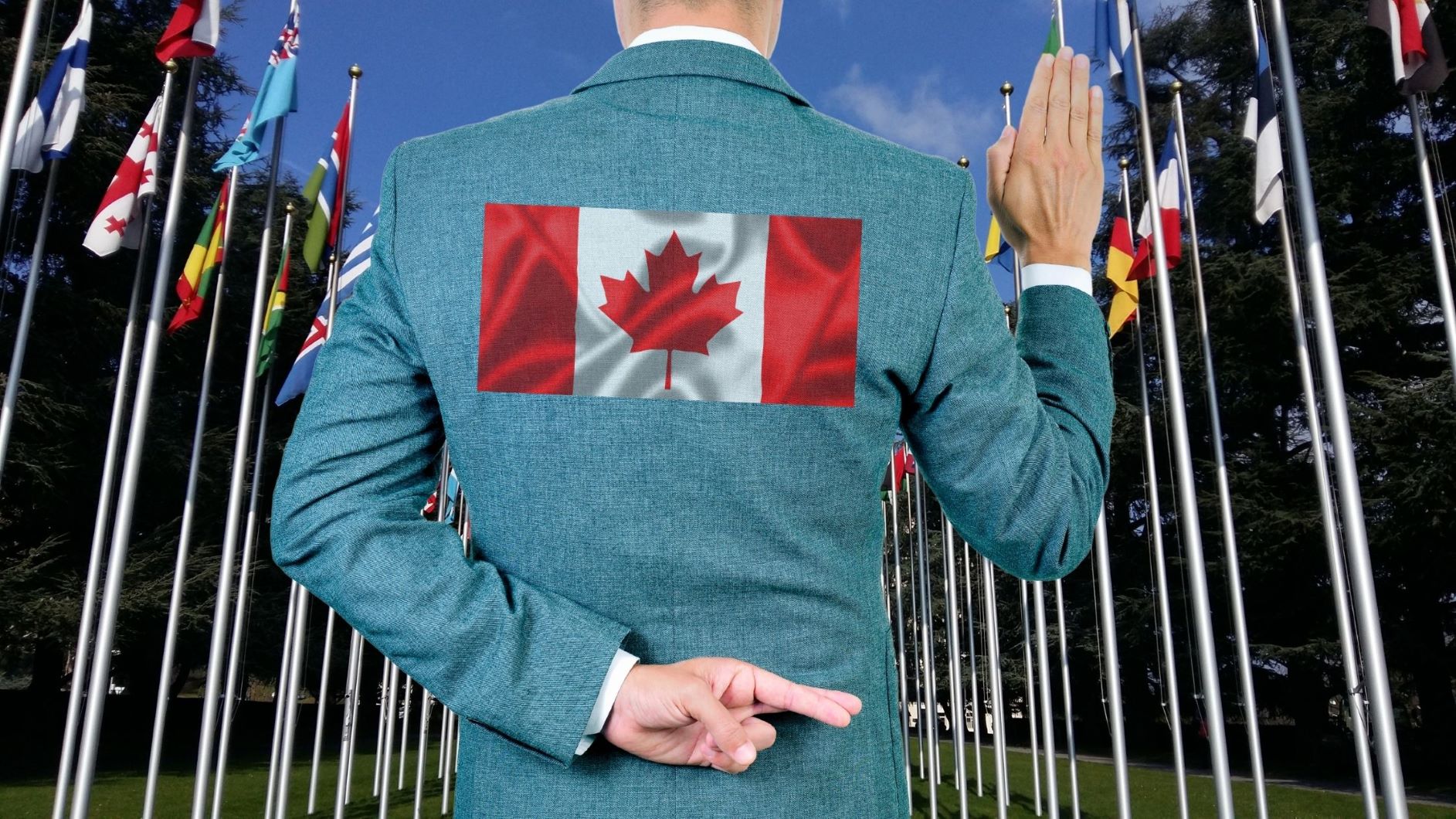 Canada has missed every single greenhouse gas emissions reduction target that is has ever set. Ever. From targets set in Kyoto in 1997, to Copenhagen in 2009 – and we are nowhere close to on track to achieve our 2030 Paris target set in 2015.

Since 1990, our emissions have risen and risen, and then they started to stagnate, but the steady decline we so desperately need is yet to be realized. Perhaps the reason we keep missing our climate goals is because the government has always viewed even weak targets as politically unrealistic or unfeasible.

To keep global average warming well below 2°C, Canada must do its part and stop missing its targets. A good starting point would be a solid climate accountability framework, and Bill C-12 (the Canadian Net-Zero Emissions Accountability Act) has the potential for this, if Parliament makes desperately needed amendments.

Environment and Climate Change Canada is seeking YOUR input

Recently, Environment and Climate Change Canada (ECCC) launched a survey inviting the public to share their thoughts and opinions on Canada’s commitment to the Paris Agreement and updates to our greenhouse gas (GHG) emission reduction target. This target, called the Nationally Determined Contribution (NDC), is a core part of each country’s commitment to the Paris Agreement.

NDCs are to be updated every five years by all signatories of the Paris Agreement, and each successive NDC must be more ambitious than the preceding one. Canada’s current NDC, submitted in 2015, is to reduce GHG emissions by 30% below 2005 levels by 2030 – an insufficient target (in terms of Canada’s fair share) that does not keep us aligned with a 2°C world. Environmental groups like Climate Action Network have calculated that doubling of the current target to a 60% reduction in emissions would be more in line with Canada’s fair share.

The next NDC is an important opportunity for Canada to ratchet up its ambition, meet its obligation as a top-emitting country and contribute to fixing the climate mess we have made. However, the Canadian government recently released a climate plan based on achieving a 32-40% reduction target – a modest increase which would still fall short of Canada’s fair share.

This year, the Government of Canada is aiming to present an updated NDC to the United Nations Framework Convention on Climate Change (a year off the five-year mark due to the pandemic). Rumour has it hat the NDC might be unveiled earlier than that – perhaps at President Biden’s Leader’s Summit on Climate later this month. (If that rumour proves correct, it might suggest that this survey is for show more than to actually inform the NDC).

While much of the survey is straightforward and clear with statements like, “I support Canada in increasing its greenhouse gas emission reduction target above its prior target of a 30% reduction below 2005 levels by 2030,” others are a little murky.

For example: “Do you strongly agree, somewhat agree, neither agree nor disagree, somewhat disagree or strongly disagree with the following statement: I support the Government of Canada’s efforts to help large industrial emitters to encourage and help them transition their facilities to net-zero emissions by 2050.”

Does this mean the survey-taker agrees with government subsidies to fossil fuel companies and other “large industrial emitters”? Or that they agree the federal government could help these emitters keep emitting while transitioning their facilities to ones that could capture the continuous stream of emitted GHGs (at least theoretically because the technology has not been proven to scale)?

There are several pathways that large industrial emitters could take in their “transition to net-zero emissions,” and with no details given on how this will be achieved, questions like this one appear to be based on important but hidden assumptions. The answer chosen for this survey question could have significant implications, but with so few details, we can’t be sure what those implications would be.

Upon reading this statement, the survey-taker’s natural response could be, “Of course we want emitters to transition to net-zero and to stop polluting.” But how your answer will be interpreted depends on what the government means when it refers to “helping” these large emitters.

The concept of net-zero is one that we have discussed before, and it isn’t as straightforward as drastically reducing our GHG emissions and being sure our energy comes from non-emitting sources. Some would argue that a net-zero pathway could include certain “large industrial emitters” continuing to do what they do (burn fossil fuels) as long as they make future promises to capture the emitted GHGs and store them underground.

In addition to failing to address the other health and environmental consequences of these polluters, the negative emissions technologies are nowhere near the scale needed to reach a net-zero goal. Indeed, currently many carbon capture technologies release more GHGs into the atmosphere than they remove. Given that the ability of carbon capture technology is far from certain, reliance on it as a way to meet our climate targets needs to be minimized, and the focus must remain on emissions reductions.

“Which of the below statements best reflects your point of view as it relates to the Government of Canada’s intention to update Canada's 2030 greenhouse gas emissions target:

It seems, from these meager choices, that the federal government is asking Canadians to choose between a less ambitious but achievable target without much extra work or sacrifice, and a more ambitious target that would require deeper commitment and societal change but with the implication that Canada is not likely to undergo “significant transformation.”

At first glance, the last two choices in this question may give a glimmer of hope that maybe the Canadian government will show some ambition, but Canada’s current NDC and climate plan fall far short of what is needed for Canada to do its fair share under the Paris Agreement. The third option, what the survey calls a “realistic” target, would “require more climate measures.” Isn’t that the point? More climate measures? How can the federal government expect to get us to where we need to be in terms of doing our part for the protection of our planet without requiring new climate measures?

Ambition should drive targets, and targets should drive plans. So, in a climate-ambition friendly survey, one of the statements in this question would read: “Canada should adopt an ambitious target that represents its fair share of keeping global temperature rise to no more than 1.5 degrees, and then establish a credible and legally-binding plan to meet that target.”

Plus, why not throw in a fifth option that gets at whether folks want to see Canada set an even more ambitious NDC than a fair-share one – i.e., one that would do more than our fair share.

Caroline Brouillette of Climate Action Network Canada says that “we should beware of pitting ambition against feasibility.” She goes further to say “Canada can and should pick an ambitious 2030 target that represents its fair share of the global climate effort towards limiting global warming to 1.5 degrees, AND adopt the measures that get us there. Strengthening Bill C-12 is also key to closing the gap between rhetoric and action, and ensuring Canada never misses a climate target again."

And the last choice, a so-called “stretch target” is just a stretch of the indolence shown in the third choice. Of course we won’t reach any goals without “significant transformation!”

Although a fair-share NDC is achievable for Canada, with commitment and strong policy from the federal government, the idea of what may or may not be feasible should not be used as an excuse. In the wise words of Dr. Judith Sayers, president of the Nuu-Chah-Nulth Tribal Council, speaking on Canada’s net zero target:

“I think feasible limits us. It does not give us the need to push ourselves to innovate, to research and commit ourselves to something greater. And so I think desirability is great, because if we know what we want, then we need to find a way that lets us use what’s feasible, but also increase that feasible to things that we desire.”

This survey leads participants into a conceptual trap made out of the assumption that ambition = infeasibility, whereas Canada’s NDC should and can be both ambitious and achievable.

If you choose to fill out the ECCC survey, take time to consider what each choice means and the importance of an updated NDC, in line with keeping average global warming to below 1.5 degrees as per the Paris targets. Canada has committed to this, so let’s hold our government accountable.