Some applause for administrative penalties 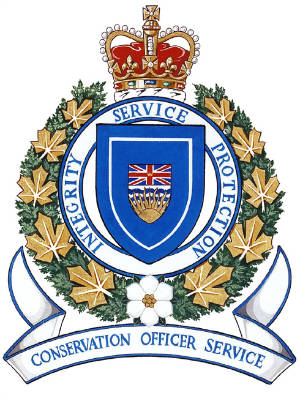 Before your eyes glaze over, let me explain why a current BC Ministry of Environment public consultation on Administrative Penalties under the Environmental Management Act and the Integrated Pest Management Act (IPMA) matters – and is a good thing for environmental enforcement in BC.  However, we will also touch on ways to strengthen the environmental protection offered by these flexible tools.  The government consultation continues until February 21st, 2014.

What are administrative penalties?

Right now under both of these important environmental statutes, the BC government has a few options when someone breaks the law – say discharging waste without a permit under the Environmental Management Act.  Two that are actually intended to inflict a penalty are:

For most offences the government could choose to either issue a ticket or lay charges, depending on the severity of the offence.  There are other powers that can be used – orders to clean up environmental problems, to provide information, or to take action to protect the environment, for example – but charges and tickets are currently the main tools for actually inflicting a penalty.

However, charges cost tens of thousands of tax-payers dollars, use scarce court time and are being used much less frequently in recent years.  They are increasingly reserved for high profile or particularly egregious offences.

But tickets, which run in the $500 range under these two statutes, may not be enough to provide a deterrent to businesses or land owners who stand to gain significant benefits from ignoring a little thing called environmental law.

Administrative penalties fill the gap between charges and tickets.  They give officials within the Ministry of Environment the authority to decide on and impose penalties in the course of their own “administration” of the Act – without needing to turn to courts.  Unlike tickets, the penalties can be significant, but can also be tailored to the individual circumstance.  Since they don’t need to involve complicated, expensive and scarce court resources, they are more likely to be used by the Ministry of Environment.

Administrative penalties have been used in BC’s forest laws since the mid-1990s (although their use, unfortunately, is dropping), and the provisions of the Environmental Management Act and the Integrated Pest Management Act have both been around since those statutes were passed by the Legislature – but this public consultation is the first indication that they will be implemented.

Administrative penalties, as proposed in the Ministry’s discussion paper are:

The discussion paper sets out a process by which alleged violators will:

What’s good, how it could be better

There is no doubt that the Ministry of Environment needs to have some option between tickets and charges.  With fewer and fewer charges being laid under environmental statutes (there has never been a charge laid under the Integrated Pest Management Act since it became law in 2006), environmental offenders face little in the way of deterrence.

This is not to say that administrative penalties should replace charges in serious cases – court prosecutions play an important role in providing a deterrent and addressing serious non-compliance (a fact that the discussion paper acknowledges).  More efforts are needed to reverse the long-term decline in convictions under environmental statutes in BC.  Nor do they replace the need for strong and funded environmental enforcement programs.  In this regard, we are disturbed to read that a reason for the penalties is so that the Ministry can “[increase] its reliance on self monitoring and reporting by regulated parties.”

But we entirely agree that administrative penalties are an important tool, and we are very glad that the Ministry is planning to implement them.  We’ve been advocating for them for over 20 years.

We think that a central focus of the administrative penalties should be making the polluter pay and “making the Crown whole” – that is, compensating the public for the environmental loss.  In this context, we like that the discussion paper gives an assessment of the harm that occurred, or could have occurred, from the violation a central role in the process:

However, although the discussion paper touches on the relevant factors to be considered in setting a fine, it seems to leave a lot to the individual government official.  OK – the decision-maker is to consider whether the offender “exercised due diligence” – meaning that they took reasonable steps to avoid a consequence – but it seems to be up to the decision-maker whether that’s just one factor to be considered, or whether an offender can avoid all consequences by demonstrating that the offence occurred despite his or her best efforts.

In our view, environmental offences need to have consequences, even if there are arguably extenuating circumstances.  Over two decades ago we proposed a less discretionary structure for administrative penalties where (to paraphrase):

The evidence that absolute liability is the best way to hold polluters responsible, and to give them incentives to take all reasonable steps to protect the environment, is as compelling as ever.  The broad factors outlined in the discussion paper should not be viewed as excusing pollution, and should not be allowed to undermine the simplicity of administrative penalties and the certainty that illegal pollution will be met with a penalty.

Implementing the administrative penalties provisions of the Environmental Management Act and Integrated Pest Management is long overdue, and kudos to the Ministry of Environment for recognizing that these tools will complement the existing ticketing, charges and other tools in the government’s environmental enforcement toolbox.

The photo is the Conservation Officer Service crest.

Strong Environmental Laws
Back to top