Stepping back and stepping forward: Managing for the environmental big picture – Part 1 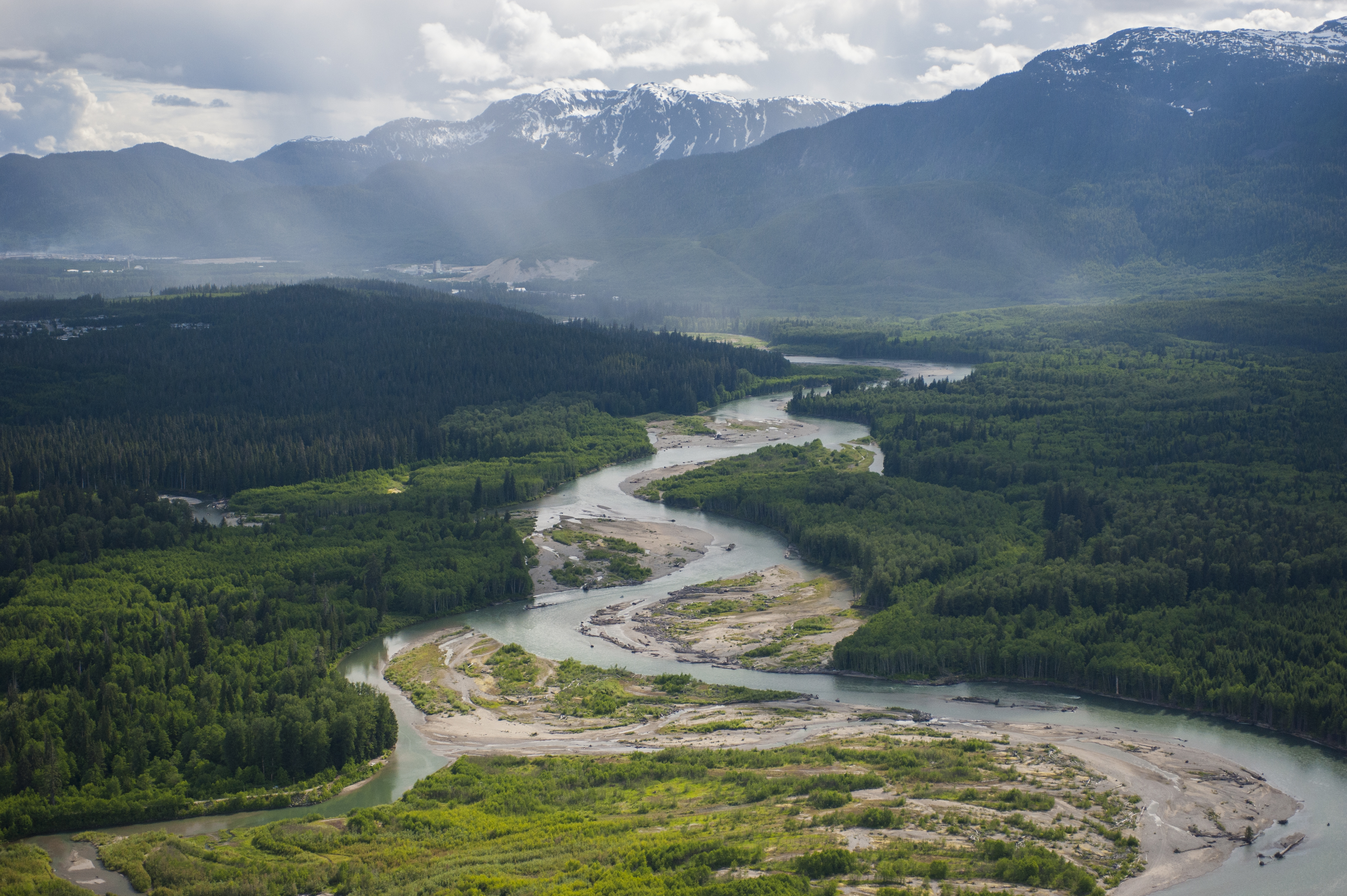 Even a quick glance at the daily headlines of any paper or newsfeed makes it pretty clear that we are subject to a continuous torrent of disputes over resource development and the risks it presents to ecosystems and human communities. We hear most on the news about risks related to big projects: Kinder Morgan’s Trans Mountain oil pipelines and tankers project, the Site C dam, Taseko’s New Prosperity mine, and so on.

But on top of that are risks and harms from many other decisions that add up over time, even if they don’t make the front page. This includes literally thousands and thousands of permits and approvals for things like logging, mining exploration, water use, roads, et cetera, which taken together can have profound impacts on our environment and our lives. In many cases Indigenous peoples are taking the lead in assessing and protecting against these risks, yet their legal authority to manage the land and waters is often disputed or ignored by Crown governments, regularly resulting in prolonged and costly litigation.

Trying to address these problems one-by-one can seem overwhelming. Have you ever wondered if there are ways to step back and better manage the big picture of the health of our ecosystems and communities?

Our research and analysis at West Coast suggests that regional assessment and planning, co-governed between Indigenous nations and the Crown and informed by robust public participation, is a crucial and under-utilized tool for managing the cumulative effects of development in a more respectful and effective way. The current commitments from both the federal and British Columbia governments to overhaul their environmental assessment processes represents a significant opportunity to move forward on these issues.

We recently published a report called Paddling Together: Co-Governance Models for Regional Cumulative Effects Management, which looks at some real-life options and points of inspiration for shifting our focus from reactive project-by-project decision-making, to proactive regional management that begins with the needs of ecosystems and human communities, and is based on collaborative governance among Indigenous and Crown jurisdictions. But if you don’t have the time or stamina to read a 120-page report (I get it), we have boiled it down into two blog posts.

This first blog post considers some key problems contributing to our current failure to adequately manage cumulative effects, while the second blog post summarizes potential solutions addressed in the Paddling Together report. (Read Part 2 of this blog series here)

The problems with piecemeal, project-by-project decision-making

To fully see the benefits of starting decision-making with regional, co-governed assessment and planning, it’s necessary to first look at what is not working right now.

• Death by a thousand cuts

Maybe the most obvious problem with reactive, project-by-project decision-making is the serious risk of “death by a thousand cuts.” Ecosystems and human communities are subject to a diverse array of activities, decisions and other factors that add up over time, the full impacts of which could never be meaningfully assessed and managed on a project-by-project (or even industry-by-industry) basis. Interconnected values like water, wide-ranging species such as salmon, and large-scale impacts such as climate change link together in complex ways that simply don’t fit into the silo of a single project or permit.

For example, try reading this 2013 statement from the BC Forest Practices Board without feeling more than a little uneasy:

“Every year, the province of BC issues thousands of permits to use Crown land—permits to log, draw water from streams, build roads and pipelines, drill for oil, mine coal, or carry out a myriad of other activities. Currently, there are more than 250 000 active permits (including licences, leases, authorizations, etc.) in the province…. This occurred through a series of separate decisions rather than a coordinated effort in which the risks and benefits were understood.”

A second key problem is that individuals and communities are feeling left out of a decision-making process that is running a mile a minute to churn out all these different approvals, with little opportunity to step back and proactively plan what communities want and need. For example, West Coast conducted a series of dialogue sessions with residents across northern BC, from Prince Rupert to Fort St. John, between 2014 and 2016. The sessions engaged participants in discussions about the best-case and worst-case future scenarios for their regions resulting from past, current and future development, including multiple proposals for liquefied natural gas (LNG) plants and supporting pipelines and infrastructure. Two of the key common themes that emerged from the dialogue sessions were “a feeling of alienation from meaningful input into environmental decision-making processes” and “a lack of trust in government at all levels to responsibly manage the cumulative impacts of development.”

Crucially, the current, largely project-by-project approach to Crown decision-making is an obstacle to implementation of the United Nations Declaration on the Rights of Indigenous Peoples (UNDRIP) and respectful recognition of Indigenous rights, title and jurisdiction. This is true in a couple of ways.

First, when the Crown fails to manage the cumulative impacts of the activities it approves, this directly impacts Indigenous rights and title by degrading and disrupting lands, waters and living beings that are interconnected with those rights. For example, the Blueberry River First Nation and the Beaver Lake Cree Nation have each commenced litigation against the Crown, arguing that the Crown’s project-by-project approach to decision-making has failed to manage cumulative effects and caused a build-up of negative impacts that infringe their ability to exercise constitutionally-protected treaty rights, including rights relating to hunting, trapping and fishing.

Second, Indigenous nations have their own laws and inherent jurisdiction over lands and waters, as recognized in UNDRIP and Canada’s constitution. When the Crown defaults to the bare minimum Canadian legal standard of interim project-by-project consultation, it compromises the process of reconciliation and sets the stage for failure by excluding many interconnected, bigger-picture issues that Indigenous nations are seeking to address pursuant to their own legal order.

For example, in its independent assessment of the Kinder Morgan Trans Mountain proposal, the Tsleil-Waututh Nation found that:

“The decline of Burrard Inlet was evident by 1885 after herring were massively over-harvested and became locally extinct. By 1972 when harvest of bivalves like clams, oysters, and mussels was banned, cumulative effects of urban, commercial, and industrial development had exceeded what is allowable under Tsleil-Waututh law.” 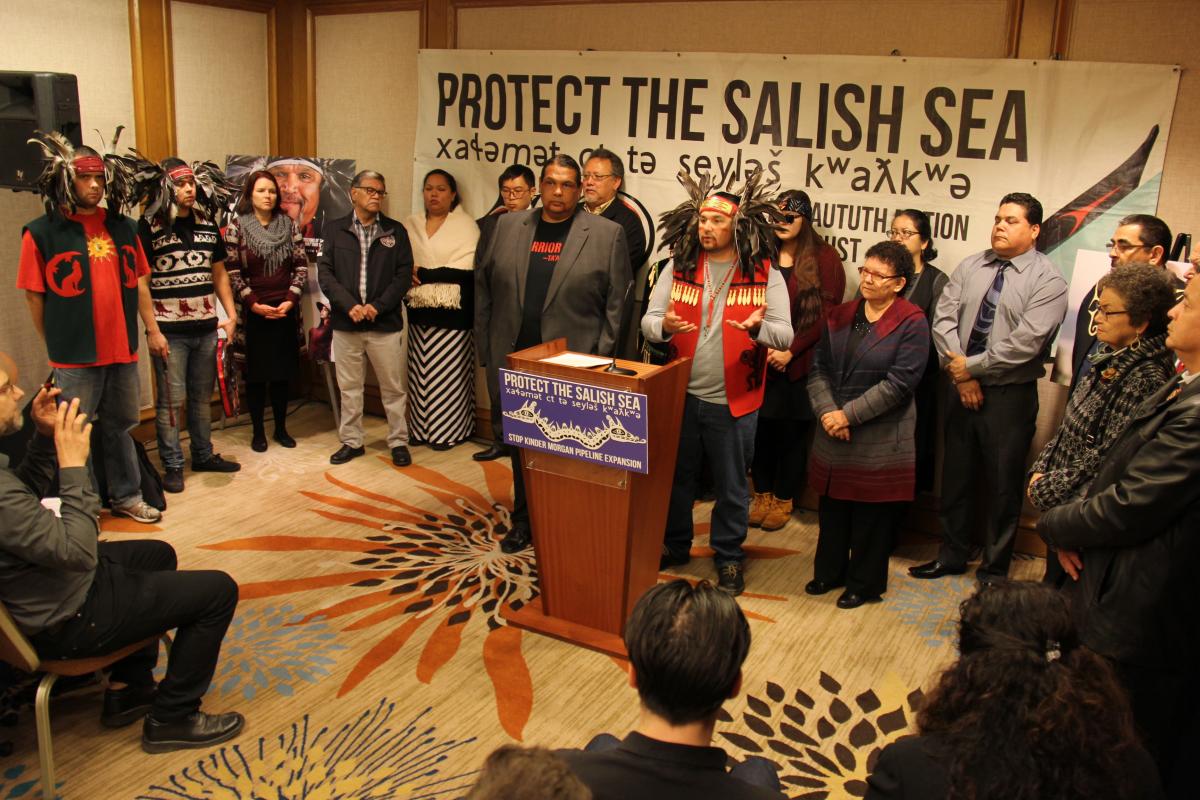 The Tsleil-Waututh Nation went on to conclude that the Trans Mountain project represented an unacceptable further addition of risk and could not proceed. These issues of cumulative impacts were not meaningfully considered or addressed by Canada in its approval of Trans Mountain, partially because Canada’s decision-making process was focused on the particular project at issue, rather than the overall health of Burrard Inlet.

This is unfortunately not unusual; much of Crown consultation with Indigenous peoples occurs in the context of particular projects. Although the Canadian courts have held that consultation must occur at higher, more strategic levels of planning and decision-making where such processes exist, in their absence the courts have held that the Crown may consult on a piecemeal basis. Yet Indigenous jurisdiction applies on a territorial basis which encompasses, but is larger than, decision-making authority regarding any particular project. This includes management of the health of Indigenous territories for future generations in light of past and future cumulative impacts.

In order to meaningfully implement UNDRIP and the Crown’s constitutional obligations to Indigenous peoples, there needs to be a forum where Crown and Indigenous jurisdictions can address the bigger picture of the health of lands and waters on a territorial or regional basis, in a manner that allows each jurisdiction to discharge its respective obligations. Project-by-project consultation is not that forum.

So, with the challenges of our current piecemeal, project-by-project decision-making approach in mind, how do we step back and better manage the big picture? That is the question we’ll turn to in Part 2 of this blog post. (Total cliffhanger, I know). 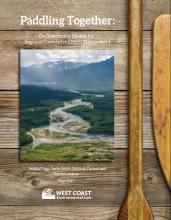