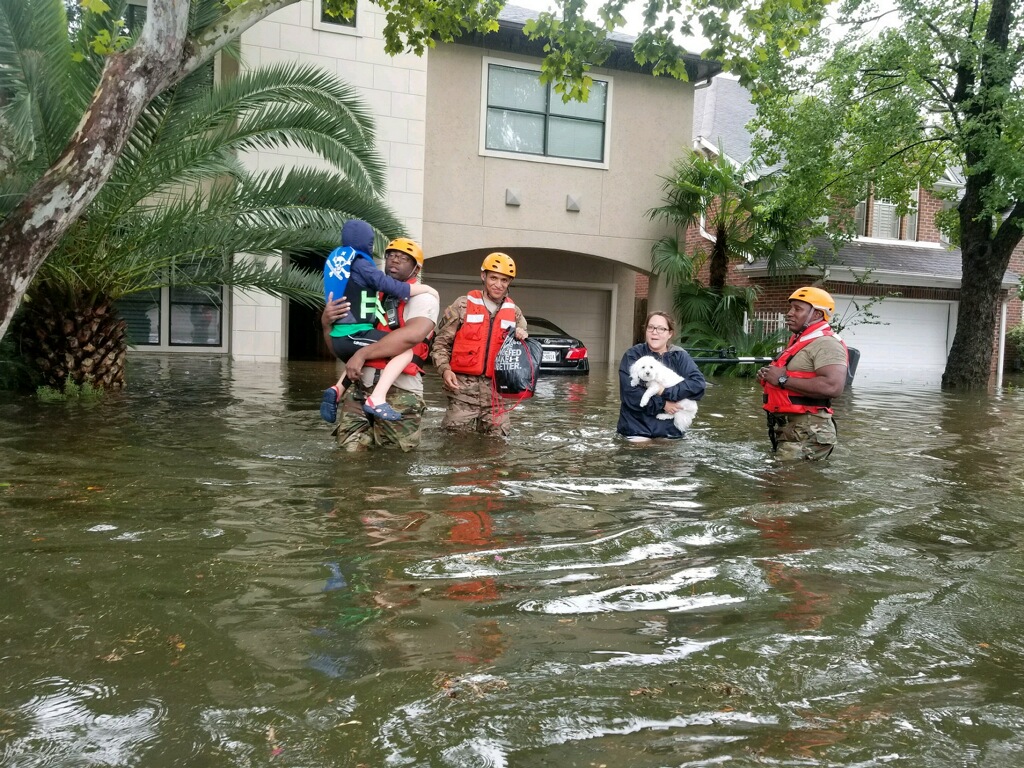 The summer of 2017 has been dramatic in terms of showcasing the impacts of climate change. From BC’s wildfires, to flooding in Texas, India, Bangladesh, Nepal and elsewhere, to unprecedented hurricanes, a lot of what climate scientists have predicted is coming true. It is rare that the full economic costs imposed by our continued reliance on fossil fuels – and a forewarning of what we face if we continue down this path – are so clearly on display (notwithstanding some politicians’ claims that it is insensitive to point this out).

It has also been an important summer in terms of scientific and legal research on how to link this type of harm to the fossil fuel economy and the actions of the fossil fuel industry. By my count, no less than six papers have been published in peer-reviewed journals in recent months that are relevant to this crucial conversation (I am a co-author of one of them). A seventh update to an earlier peer reviewed journal article gets an honourable mention.

This post summarizes these papers, which relate broadly to:

“The rise in global atmospheric CO2, surface temperature, and sea level from emissions traced to major carbon producers,” published in the journal Climatic Change just last week, builds on the “carbon majors” research of Richard Heede (who is also a co-author in this new article). As we’ve previously discussed, Heede has identified 90 entities or “carbon majors” – primarily fossil fuel companies – that are responsible for almost 2/3 of historic greenhouse gas emissions, directly or through the burning of their products. Brenda Ekwurzel, Heede and the other authors of this article use climate modelling to calculate the impact that those 90 entities have had on the global climate.

Specifically, emissions from the carbon majors and their products between 1880 and 2010 have increased the global concentration of carbon dioxide in the global atmosphere by an estimated 58.5 parts per million (ppm). Significantly, 43.8 ppm of this increase occurred since 1980, by which time the companies knew what their products were doing to the atmosphere.

The moral implications of this article are considered further in a companion commentary, “Responsible for what? Carbon producer CO2 contributions and the energy transition,” by Henry Shue of Oxford University. Professor Shue discusses the extent to which the fossil fuel companies can be said to be “blameworthy” for climate change, in the sense of having violated accepted social norms:

Unless carbon producers are somehow exempt from the moral principles that society applies to ordinary mortals, their 50 years of flagrant disregard of their simple negative responsibility to do no harm, beginning by reducing any initially unavoidable harm as rapidly as possible through either modification of or substitution for their products, brings to bear the other basic principle that is the other side of the same coin: clean up your own mess.

Meanwhile, a group of three lawyers (Sophie Marjanac, Lindene Patton and James Thornton) have published an article in Nature on the use of climate modelling in climate litigation – including (but not limited to) litigation against fossil fuel companies. “Acts of God, Human Influence and Litigation” looks at a field of science known as “probabilistic event attribution.”

You know how everyone always says that you can’t link a particular weather event (a storm, a drought, etc.) to climate change? It turns out that’s not really true anymore. Scientists are now able to estimate the increased likelihood that certain weather patterns were the result of climate change. As “Acts of God” explains:

The primary approach used is to compare the changes in the observed record over time with climate model simulations. The 'real world,' defined through observations and models, is compared to a 'counterfactual world' modelled without human forcings (greenhouse gases and aerosols), an approach that allows isolation and analysis of the influence of anthropogenic factors.

For example, scientists have found that last year’s heat waves in New South Wales, Australia were over 50 times more likely to occur in today’s world than in a “counterfactual” world without climate change.

After reviewing how the courts have used probabilistic evidence in other contexts, the authors examine some of the types of legal cases that could arise – cases against governments, professionals, corporate directors, with specific mention made of the recent cases filed by three California communities against fossil fuel companies for sea level rise impacts. The authors advise scientists:

Clear and confident expression of science in a manner that can be applied by non-scientists, including lawyers - while maintaining scientific integrity - can inform some of the most pressing economic decisions of our time. ... Be bold. The law needs your insights.

Before leaving the topic of weather attribution, it is worth noting that on July 11, 2017 Richard Heede updated his carbon majors research – with new data focusing on the greenhouse gas emissions associated with 100 companies between 1988 and 2015. These 100 companies are responsible for 71% of greenhouse gases emitted during that period. This post is focused on peer-reviewed materials, so although this is an update to Heede’s own peer-reviewed research in 2014, it gets only an honourable mention.

“Assessing ExxonMobil's climate change communications (1977–2014),” by Harvard’s Geoffrey Supran and Naomi Oreskes, was published on August 23 in the journal Environmental Research Letters, and tackles the critical question of whether Exxon had misled the public and its shareholders on climate change.

This piece of research examines the “Exxon Knew” controversy – in which fossil fuel giant Exxon Mobil has been under investigation for misleading statements about climate change.  Exxon has responded to the controversy by claiming that its statements were taken out of context, insisting that anyone reviewing all of the documents would find that the company had been forthright.

Supran and Oreskes apply textual content analysis to 187 Exxon Mobil documents related to climate change, comparing the information the company had from its scientists and its internal documents with the “advertorials” that the company produced and paid to publish in the New York Times. For those not ready to wade through the entire article, the authors summarized their research in an accessible opinion piece that was published in the New York Times:

Our findings are clear: Exxon Mobil misled the public about the state of climate science and its implications. Available documents show a systematic, quantifiable discrepancy between what Exxon Mobil’s scientists and executives discussed about climate change in private and in academic circles, and what it presented to the general public. 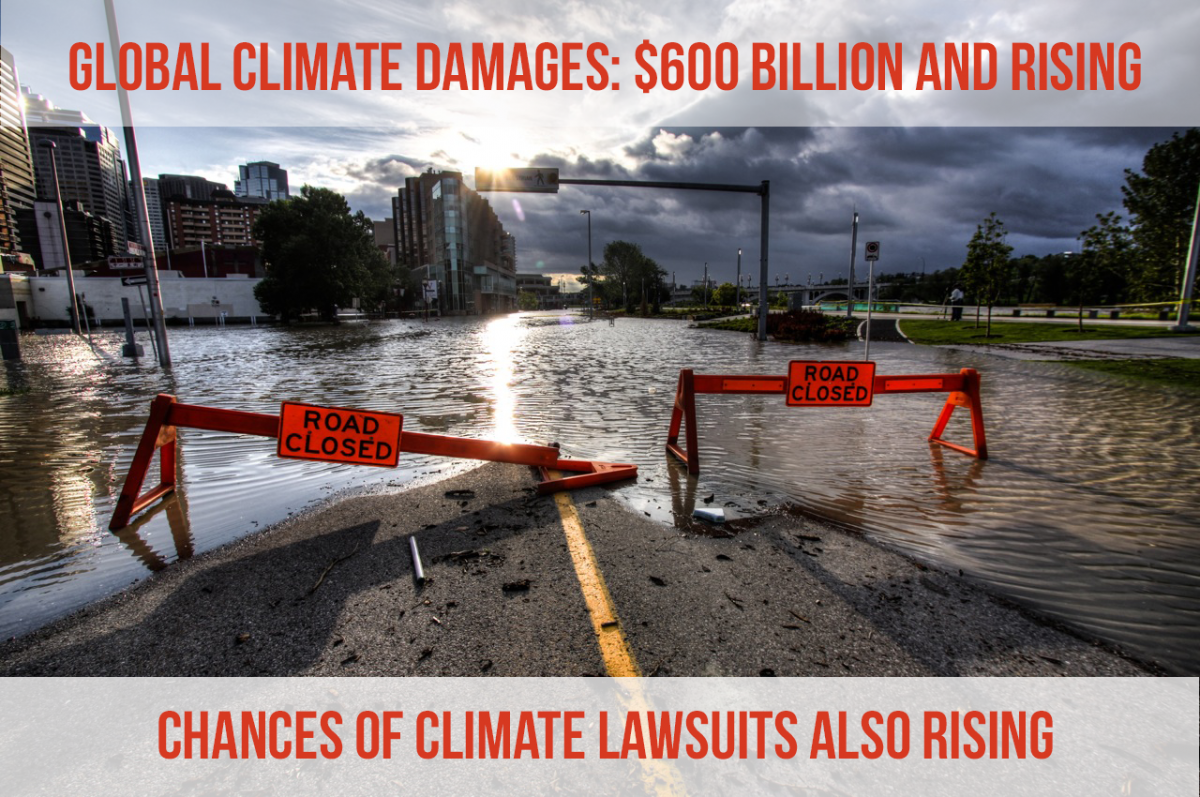 Finally, two recent papers look at ways in which fossil fuel companies might be sued. Both discuss the potential for governments – faced with massive climate costs – to enact legislation making it easier to sue.

The earlier of the two articles, “From Smokes to Smokestacks: Lessons from Tobacco for the Future of Climate Change Liability,” by three Canadian law professors (Martin Olszynski, Sharon Mascher and Meinhard Doelle) was published in late April and looks at the similarities between climate lawsuits against fossil fuel companies and the development of tobacco litigation. In particular, this paper looks at how Canadian provinces enacted new laws to make tobacco litigation possible, and suggests that similar legislation setting out rules for climate litigation is likely. Indeed, as the authors note in their conclusion:

[A]s high as the stakes were and are with respect to tobacco-related disease, the stakes are much higher with respect to climate change. The future costs to governments will, over time, become exponentially higher, which in turn will put increasing pressure on governments to seek contribution from those responsible. … [P]rovincial and state governments have the opportunity to send important signals to key industry sectors by passing such legislation sooner rather than later.

I am delighted to see academics grappling with the idea of climate compensation legislation, which West Coast has discussed in reports in 2014 and (especially) 2015.

The last academic paper to mention is, in fact, an update and expansion of some of this earlier research. Co-authors Michael Byers (with whom I co-wrote the 2014 report, “Payback Time”), Kelsey Frank and I reworked and updated our earlier work for publication in the Washington Journal of Environmental Law and Policy. The “Internationalization of Climate Damages Litigation” looks at “two previously overlooked potentialities that could significantly and rapidly alter the landscape for climate change litigation” and then attempts to estimate the types of liability that fossil fuel companies could face if climate damages litigation were successful.

First, we examine ways in which climate lawsuits could be brought in individual countries against American and other international fossil fuel producers under existing legal principles related to transnational disputes. These are the same rules that apply to cross-border contracts (which are extremely common), but in a climate context:

Transnational climate damages litigation could increase the likelihood of climate damages liability for a U.S. greenhouse gas producer, simply by increasing the number of jurisdictions where such claims could be brought, the laws that could be applied, and countries where a judgement could be recognized.

Second, we revisit climate compensation laws, concluding that such legislation might significantly increase the risks of climate damages litigation for fossil fuel polluters.

Finally, we attempt to calculate the potential liability facing five large U.S.-based fossil fuel companies.  We do this by taking estimates of the global and national costs resulting from climate change and apportioning those costs between fossil fuel companies based on their relative contribution to global greenhouse gas emissions (based on Richard Heede’s calculations).

For example, we calculate that Chevron’s operations and products can be said to have been causing approximately $21.4 billion (USD) of damage globally each year since 2010, and that this figure is rising.  These calculations are, of course, not a specific prediction – more an effort to give a very rough idea of a range of possible liability.

There has been so much academic research published over the past several months that helps us answer the question of whether and how fossil fuel companies might one day pay their fair share of global climate costs.

[W]e should start thinking about cost allocation [for climate change] now because the world is very soon going to start doing so. As the realization sinks in that climate change will cause billions of dollars of harm even if we do everything feasible to cut back on emissions, the people who are directly harmed are going to start wondering whether they alone should bear the costs.

A decade later, it looks like the academic community is finally beginning to suggest answers to Professor Farber’s prescient questions. And fossil fuel companies are clearly among the leading candidates to pay a fair share of those climate costs.