Support stronger regulations to keep BC safe from oil spills 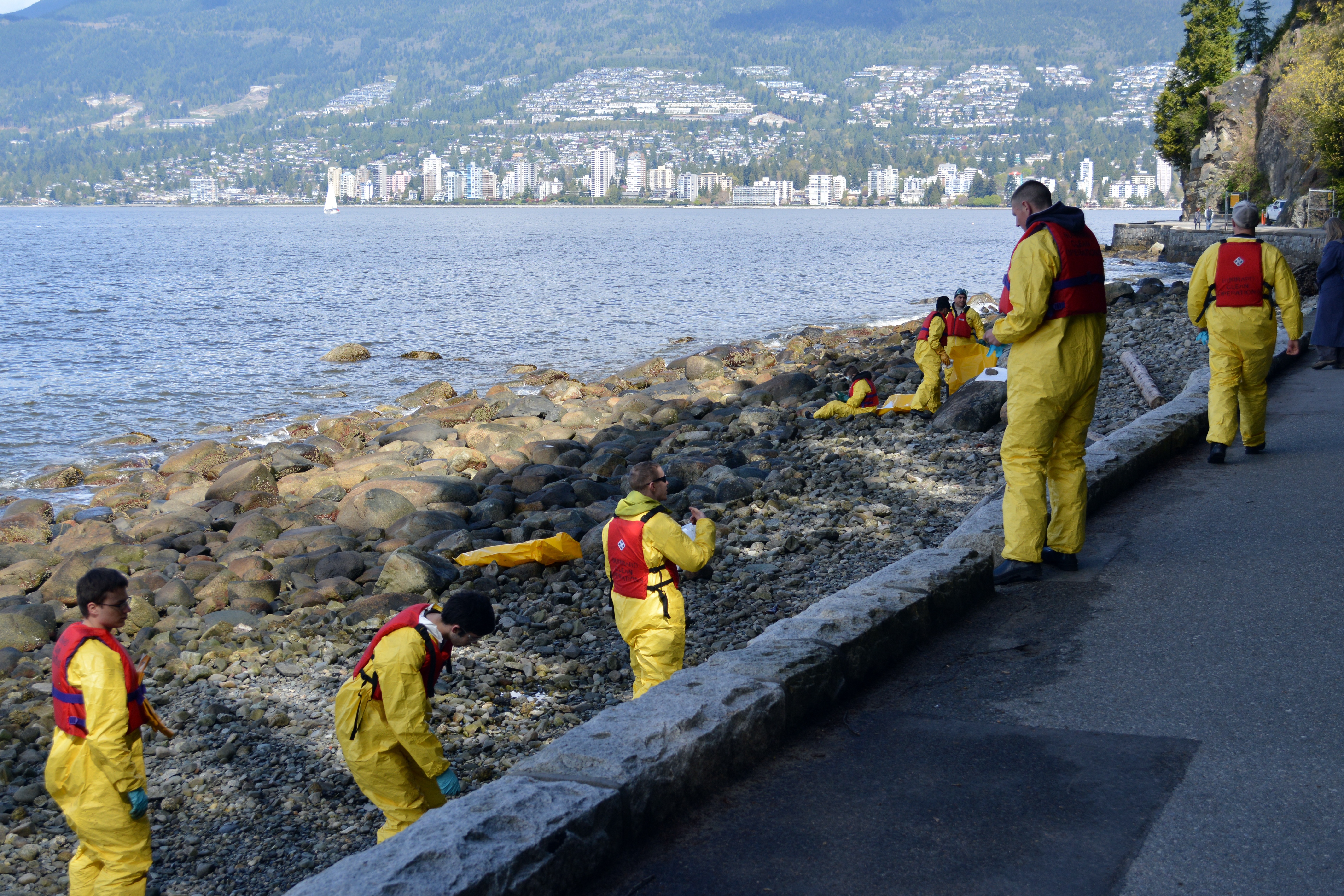 The 2015 Marathassa fuel spill in the Vancouver harbour, and the 2017 sinking of the Nathan E. Stewart near Bella Bella have shown just how unprepared BC is for spills along its coast. What would we do in the event of a large spill like the 1989 Exxon Valdez spill in Alaska, which released 400 times the amount of fuel spilled by the Nathan E. Stewart?

Take action to support strong spill response regulations in BC.

In late January 2018, the BC government announced its proposal to establish new regulations to improve preparedness, response and recovery from potential spills. At that time the Province signaled its intention to make a regulation under the provincial Environmental Management Act that would restrict operators from increasing the amount of diluted bitumen they transport in BC, pending recommendations from the science panel. This independent scientific advisory panel was to determine whether and how heavy oils like tar sands diluted bitumen can be safely transported and cleaned up, if spilled.

As we have written previously, BC’s proposed diluted bitumen regulation would have assisted in doing the job that the National Energy Board and federal Cabinet failed to do in relation to the Kinder Morgan project: to better understand the risks and behaviour of a toxic substance, in order to inform effective spill response requirements. We simply don’t know enough about how diluted bitumen behaves in a spill to be sure that we can be protected from it.

The current rules put all of the risk in our hands while the benefits flow to Kinder Morgan’s headquarters in Texas. But the regulation was not specifically aimed at Kinder Morgan and would have applied broadly, including to transportation by rail.

Following a storm of controversy, BC subsequently decided to seek direction from the courts before proceeding on the diluted bitumen regulation, but intends to proceed with the four other regulations proposed in January. This is important, because protecting BC’s water and land from spills is clearly within the province’s jurisdiction.

Indeed, it is BC’s fundamental responsibility to protect the health and safety of its residents in the face of grave risk. And it makes sense to use the Environmental Management Act – a long-standing provincial law focused on protecting BC residents and the environment from pollution and hazardous substances – to do so.

What you can do

The provincial government has released a Policy Intentions Paper for spill response in BC, and is accepting public comments until April 30, 2018. These plans for spill response are a start, but they need to be much stronger to protect our lands and waters now and in the future.

Here are some key principles that we think BC needs to adopt to ensure that the oil spill regulations are effective.

1. The public must be involved in the planning, approving, and revising of oil spill response plans. Community and citizen engagement leads to greater accountability and stronger protections, and should include interested individuals and non-governmental organizations, stakeholders from industries such as fishing and tourism, as well as local governments.

2. Spill regulations should embody BC’s commitment to full implementation of the UN Declaration on the Rights of Indigenous Peoples. This includes the right of self-determination and the requirement to obtain the free, prior and informed consent of Indigenous nations with respect to the transportation of hazardous substances through their territories, and to the preparation and approval of instruments such as geographic response plans.

4. The new legislation must be based on the best available science and Indigenous knowledge. This means that our spill response plans must be based on our best understanding of the behaviour, toxicity and most effective and least harmful clean-up method for each substance that is transported within BC. This also means that if we don’t understand how to clean up a substance, it shouldn’t be approved for transportation.

5. Regulations must be transparent, comprehensive and compulsory. Spill plans must include detailed instructions for each phase of the clean-up, including coordinating the different spill response authorities. These plans must be open to public scrutiny and comment, and include mandatory timelines and reporting.

6. Shippers must be able to clean up what they move. Governments should scrutinize and approve plans, not merely require companies to have them. And shippers must demonstrate that their spill plans are effective before plans are approved. This includes drill testing and public scrutiny. Shippers must be held to a high standard: cleaning up a minimum of 80% of what they have spilled in the case of an oil spill. And large shippers of oil must be required to post a bond sufficient to pay for a worst-case scenario spill.

Right now we have an opportunity to put proper safeguards in place to protect the environment and communities in BC from oil spills, and the government needs to hear from British Columbians like you.

You can make your voice heard by completing the BC government's online survey here.

The deadline for public comments on BC’s oil spill response regulations is April 30, 2018 – so please take action today. More details on how to engage can be found here