Tired of reading election platforms? Look at these pictures instead 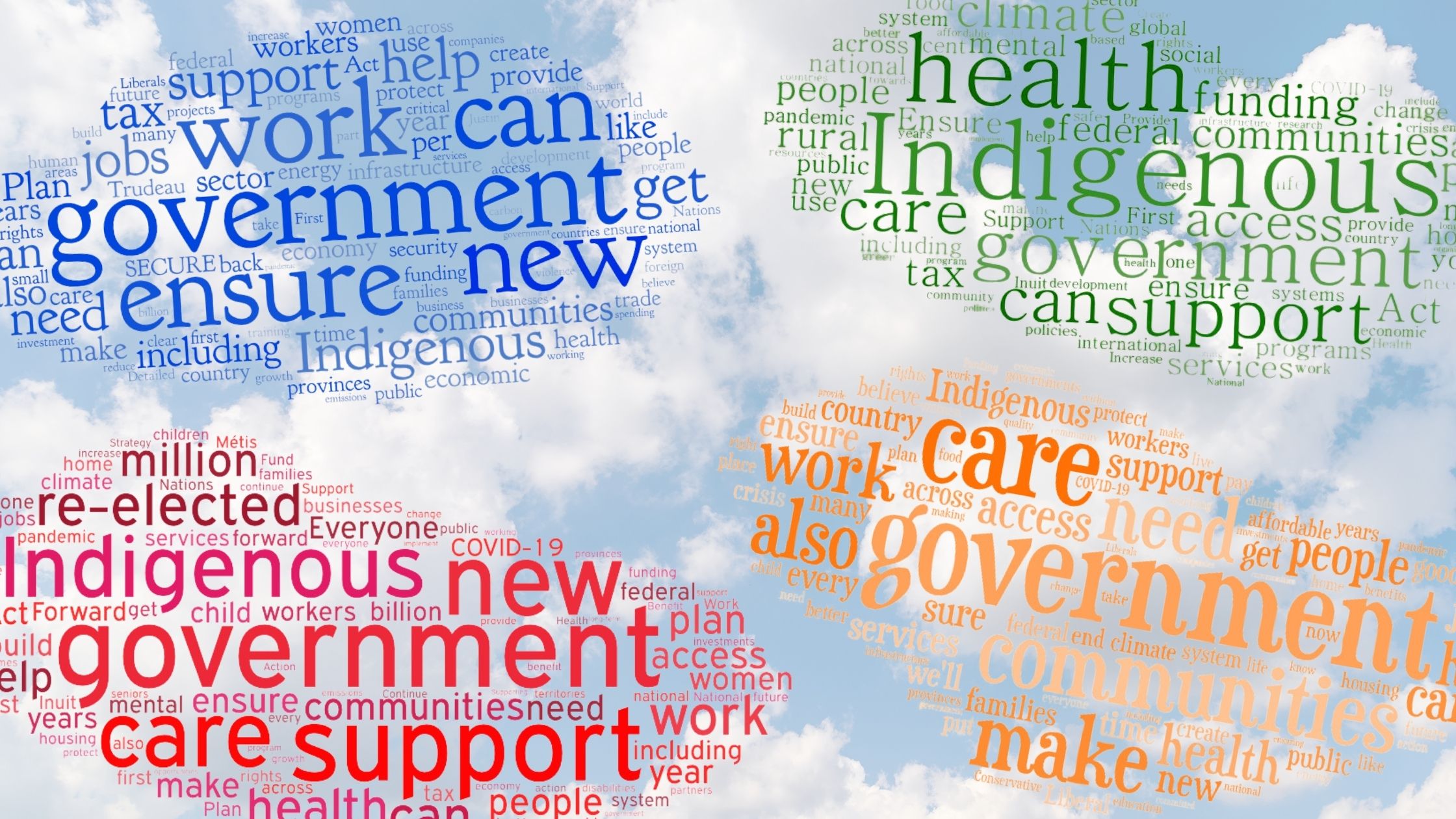 Tired of reading complicated election platforms, struggling to figure out which party has your interests at heart? West Coast Environmental Law invites you to take a step back from the campaign rhetoric and look at some pretty pictures – word clouds to be precise – instead.

Seriously though, sometimes it’s important to take things up to 10,000 feet and simply look at what the parties are talking about. We’ve generated word clouds from the platforms of the federal Liberals, Conservatives, NDP and Greens, as well as a few thoughts about what words come up most frequently. 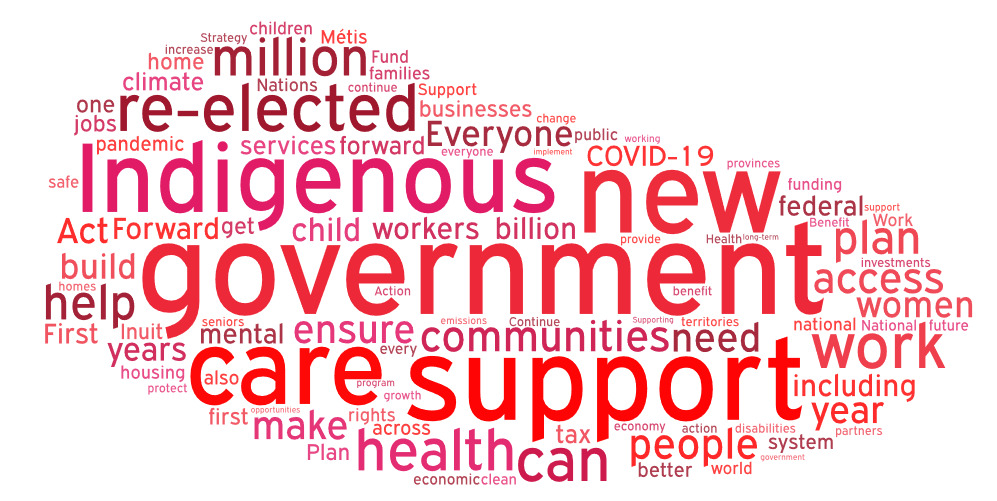 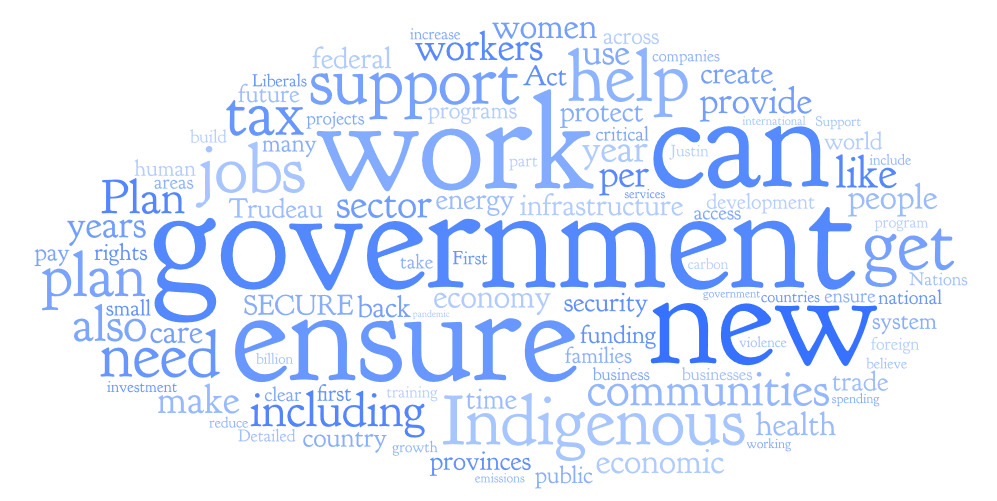 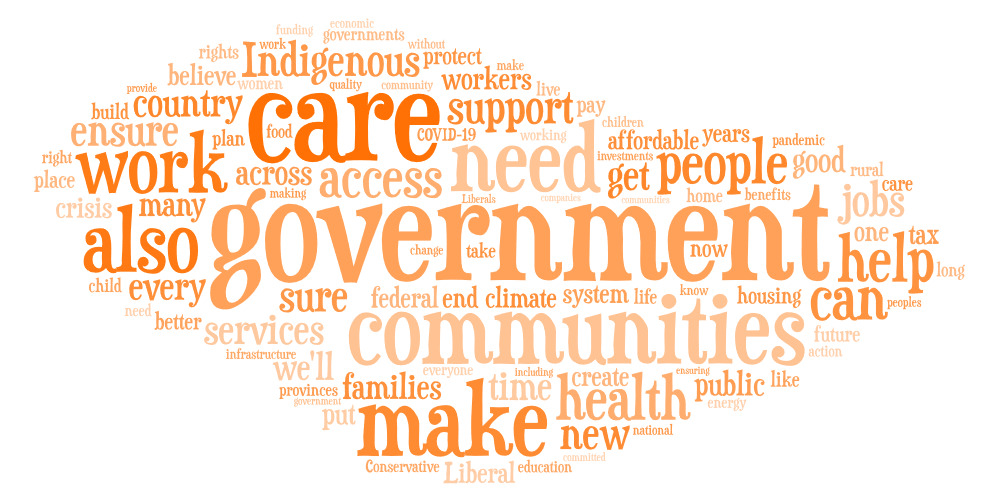 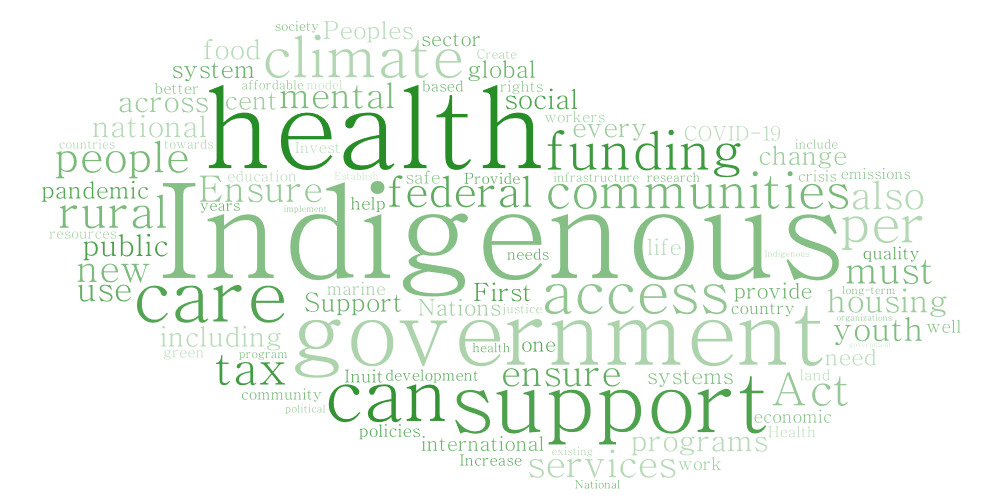 Talking about the environment

All four parties talk about the environment in their election platforms (see how many environment-related words you can find it in each word cloud and let us know in the chat below). Of course, mentioning the environment doesn’t tell us what the platform says about it – you’ve got to read the platform for that – but it does perhaps indicate the level of attention given to each issue.

All four parties talk about climate change. Below is the relative frequency of the word “climate” among the four parties. 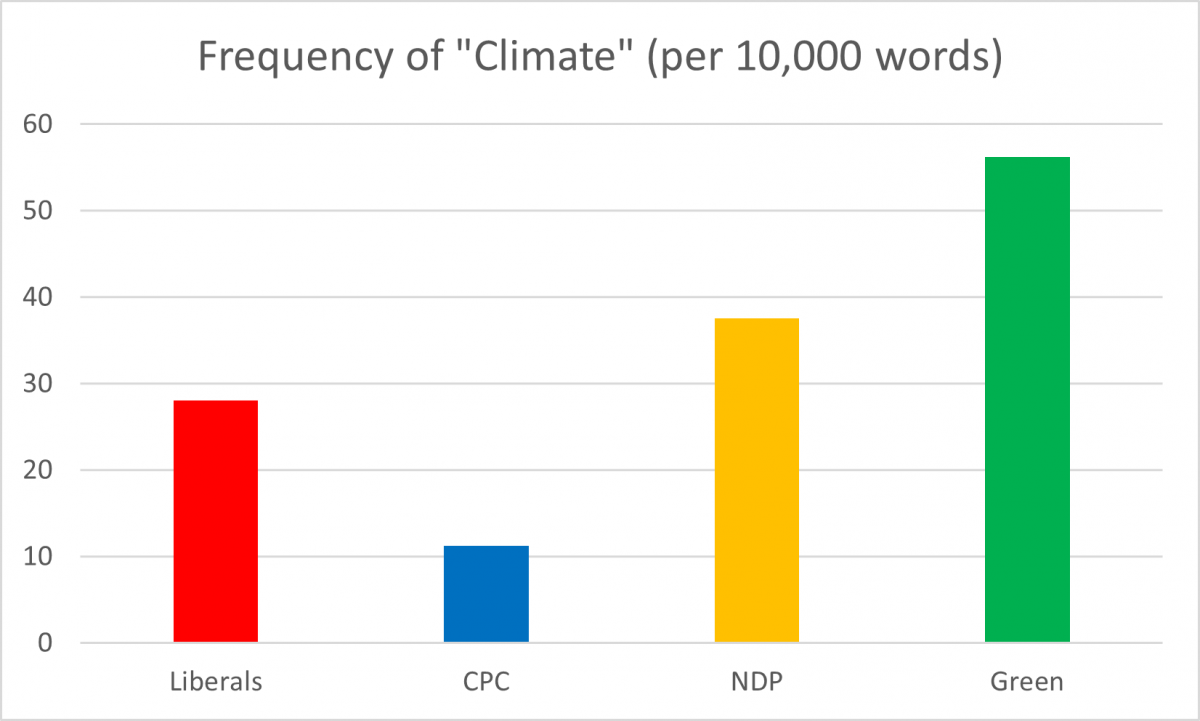 Another way to look at the platforms is to list the five top “environment-related” words used by each party. This analysis can be a bit subjective. For example, is “water” environmental when many of the mentions are about drinking water infrastructure? How about “energy” when it may move us in the wrong direction? Nonetheless, here’s my take on the top five.

* - Note that this count refers to the use of “green” with a lowercase g used as an adjective, and does not include mentions of “Green” which referred to the party.

What is not mentioned

For example, the words “fish” or “fisheries” are not mentioned in either the Liberal or NDP platforms, despite there being a federal department of Fisheries and Oceans (however, both platforms do mention Pacific salmon, two and three times respectively). By contrast, the Conservatives mention fish four times and fisheries 12 times, and the Greens six and 14 times respectively.

Endangered species (species at risk), another core area of federal authority, also receive limited mention by all but the Greens.

The Liberal Party platform is the only one of the four to use the word “pesticide” and contains several commitments intended to strengthen pesticide regulation.

This is not intended as an exhaustive list of what is, is not, or could be mentioned in the platforms, so much as an illustration of the relatively narrow scope of the environmental issues included.

Get out and vote!

We are not, of course, seriously suggesting that you chose who you are voting based on word clouds (although there are probably worse approaches out there). What we are suggesting is that you get out and vote. Whatever government we get needs to know that concerned Canadians are casting their ballots with the environment and climate in mind.

For more information on the parties and their commitments on key environmental and social justice issues, you can check out the election platform survey responses that we and other environmental organizations received from the different parties.