News & Events » Environmental Law Alert Blog » Unravelling the colonial thread: a look at the lobster fishery dispute in Mi’kma’ki
Back to top

Unravelling the colonial thread: a look at the lobster fishery dispute in Mi’kma’ki 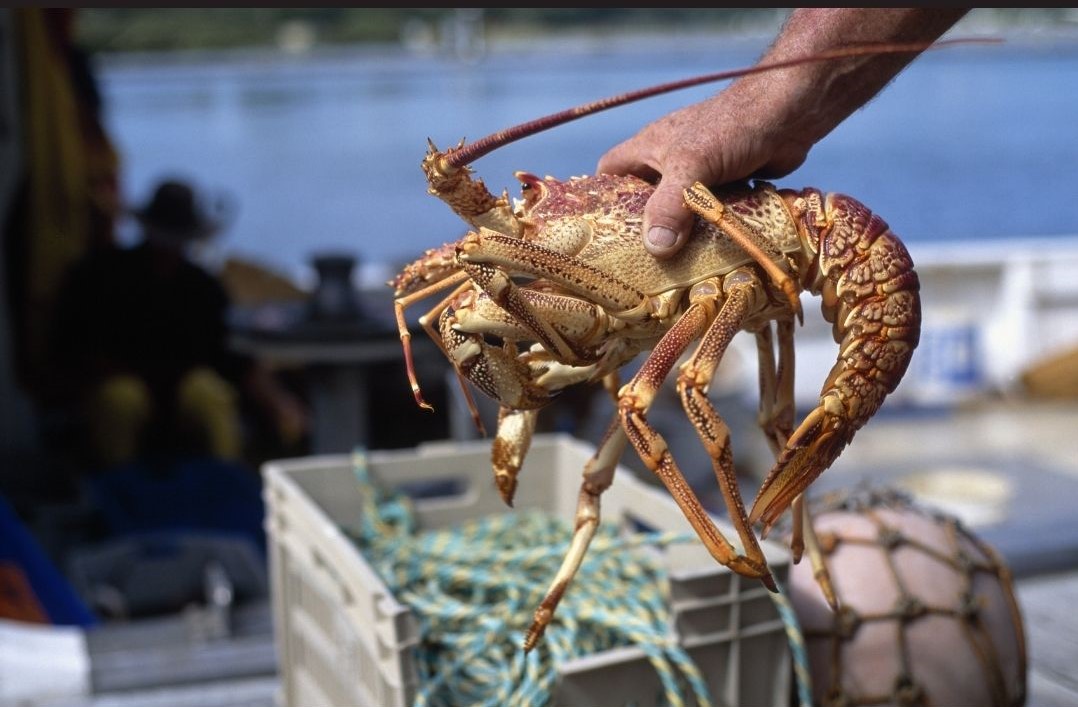 Indigenous peoples, including the Mi’kmaq, have been on Turtle Island for millennia, living in complex societies, sustainably governing their territories and ‘resources’, including fisheries. It was only a few hundred years ago when Indigenous peoples and economies flourished, where biodiversity and abundance was normal, and where trading and wealth exchange networks were vast, enabling wealth to be shared and relationships made between nations – including between Indigenous nations and settlers. Often outlining responsibilities in these Indigenous-settler relationships in Canada are treaties, solemn agreements between two nations.

“They were not people to be trifled with”

When Europeans began to settle on Mi’kma’ki in the early 18th century, the east coast of what we now know as Canada, peace and friendship treaties were agreed to. The Mi’kmaq agreed to cease hostilities against the British settlers in exchange for certain promises, including respect for Mi’kmaw right to trade, which would have included seafood. This and later peace and friendship treaties are examples of how Indigenous jurisdiction and decision-making authority was respected (and feared) in the past, which is also affirmed in the Supreme Court of Canada’s Marshall and Marshall II cases:

The Mi’kmaq, according to the evidence, had seized in the order of 100 European sailing vessels in the years prior to 1760. There are recorded Mi’kmaq sailings in the 18th century between Nova Scotia, St. Pierre and Miquelon and Newfoundland. They were not people to be trifled with. However, by 1760, the British and Mi’kmaq had a mutual self-interest in terminating hostilities and establishing the basis for a stable peace. [emphasis added]

In Mi’kma’ki, the current, still unresolved issues with fisheries are framed by the peace and friendship treaties, as well as their interpretation in Marshall and Marshall II.

Donald Marshall Jr. was a Mi’kmaw fisher charged with illegally catching and selling eels without a Department of Fisheries & Oceans (DFO) license. His case went to the Supreme Court of Canada, where the Court interpreted Mr. Marshall’s eel fishing and marketing in the context of the Treaties of 1760-1 between the Mi’kmaq and the Crown. Mr. Marshall argued he had a treaty right to carry out these activities that was also constitutionally protected by s.35(1).

Given the existence of the treaties, as proof of an agreed-upon relationship of mutual benefit, why would the Crown, on behalf of the federal government, vigorously oppose the recognition of Mi’kmaw (and Mr. Marshall’s) rights?

Legal back-and-forth about treaty interpretation aside, the Crown argued that “recognition of the existence of a constitutionally entrenched right with…a trading aspect… would open the floodgates to uncontrollable and excessive exploitation of the natural resources.” Yet, the Crown did not appear to provide any evidence that this was a looming possibility. Only in recent times, when managed by colonial governments in Canada and the USA, have populations of eel and other fish on the east coast been devastated by habitat destruction, fragmentation and commercial fisheries.

Still, apparently to address this “floodgate” concern, the Court relied on text in the treaties about trading for “necessaries”, scoping the right in terms of what is the appropriate “moderate” livelihood. According to the Court, for an Indigenous fisher such as Mr. Marshall, this includes “food, clothing and housing, supplemented by a few amenities” and does “not extend to the open-ended accumulation of wealth.”

In the case of Marshall II, when the Court recognized the Crown’s power to regulate this treaty right for conservation purposes, it effectively gave the Crown the power to interpret “moderate livelihood” and decide how much fish Mr. Marshall and other Mi’kmaw fishers can catch – as well as when they can catch. Interestingly, the Court did not consider that the Mi’kmaq might have their own ways to manage their fisheries, sustainably.

However, following the Marshall decisions in 1999, instead of establishing regulations to support the unique moderate livelihood, treaty-based Mi’kmaw fishery that the Marshall decisions recognized, DFO provided funding to Indigenous fishers on the Atlantic coast to support their access to the commercial fishery. Rather than dealing with the moderate livelihood issue head-on, DFO chose to ignore it, creating a conflict that could have been avoided.

Although negotiations between DFO and Mi’kmaw representatives have occurred in the years since the Marshall decisions, the frustrations and lack of progress after so many years finally came to a head. On September 17, 2020 – the 21st anniversary of the Marshall decisions – the Assembly of Nova Scotia Mi’kmaw Chiefs sent a formal request to Fisheries Minister Bernadette Jordan for consultation on the moderate livelihood fishery, stating that “exercising these rights continues to bring frustrations, conflict and hardships to our people.” They noted that Mi’kmaw nations were proceeding with their own plans for sustainable, moderate livelihood fisheries.

On the same anniversary day, Sipekne’katik First Nation launched their self-regulated fishery without DFO. Some non-Indigenous fishermen responded directly with violence towards the Mi’kmaw fishers. Some people tried to justify the violence with species conservation arguments.

As an environmental organization, we must make it clear that this was not a conservation issue, and we must also recognize that conservation has been used historically to mask racist motivations. In fact, Mi’kmaw fishers managed their fisheries sustainably for millennia through their own laws and processes, and continue to follow this practice today in various ways, such as through the development of community plans to sustainably manage their fisheries.

This conflict has been framed between fishers, while the real focus should be on “the Crown’s prolong[ed] and repeated failure to recognize and implement Mi’kmaq commercial fishing rights”. It is notable, and disturbing, that when lobster traps were cut, vehicles burned, warehouses and their contents destroyed, and the very safety of the Mi’kmaw fishers was at risk, very few RCMP officers were deployed. This is in stark contrast to the heavily militarized RCMP task force sent to Wet'suwet'en territory (BC) where there was a much lower risk of violence and damage.

Unravelling the colonial thread that binds us

There is a thread that connects the harmful treatment of Indigenous peoples – such as Mi’kmaw fishers and Wet’suwet’en land defenders – to Canada’s rule of law, its institutions and its citizens across space and time. It is always vital to identify this thread; to name it and bring it out from the dark, in order to truly understand and unravel it.

Written into Canadian case law via St. Catherines Milling, the Court states “property of the Indians was usufructuary only”, meaning that Indigenous peoples could hunt and harvest on the territory, but governance and decision-making relating to lands and resources was excluded. We see this thread shown through the Court’s ‘floodgate’ concerns in Marshall.

The assumption that Indigenous peoples are inferior (i.e., can’t sustainably manage their fisheries) is grounded in an ideology of white supremacy, which forms the basis of the doctrine of discovery. This assumption then creeped its way into our legal, education and health institutions, reinforced by media and the actions of Canadians, such as the non-Indigenous fishermen in Mi’kma’ki.

It is now a fully-functioning, intricately connected thread tying across all facets of our society, enabling harmful practices and actions. This thread needs to be cut to truly transform relationships into healthy arrangements.

Despite this thread holding the doctrine claiming Crown sovereignty and assuming Indigenous inferiority, the realities on the ground, such as in Mi’kma’ki and Wet’suwet’en territory, shed light on the truth that Indigenous peoples were and continue to be powerful people, full of determination to decide their futures.

These ways of knowing offer brilliant and creative ways to move forward, to support the land and save the fish. The reality is, this is not about competition, rather about peace and friendship, as it was always intended to be.

We must begin to shift from the narrative of ‘discovery’ and its racist assumptions, and breathe life into the fact that Indigenous nations have stewarded their own territories for millennia. In order to do this, truth must be told, accountability must be held and due respect offered.

As for the lobster fisheries in Mi’kma’ki, “the question of who has the authority to govern livelihood activities and how it is done” needs more attention. As a team of Indigenous and non-Indigenous researchers have noted:

Instead of “fishing-as-business” … Indigenous fisheries are often driven by ethics of sustainability (e.g. Netukulimk, Kaitiakitanga), protecting the present and future well-being of fish, people and place.

Canada, its institutions and laws need to catch up

Considering the times we’re in, where the entire world, including Canada, is transforming in response to multiple crises (i.e., failed reconciliation, COVID-19, climate change and the Black Lives Matter movement), the time for change is now. Indigenous peoples are not waiting for Canada anymore, and are taking their rightful places in our society.

There are examples from coast to coast.

On the east coast, in Mi’kma’ki, a Mi’kmaq coalition just acquired 50% of Clearwater Seafood, one of North America’s largest seafood companies and holder of shellfish licenses and quotas. Membertou First Nation Chief Terry Paul, who orchestrated the deal on behalf of the Mi’kmaw buyers, said the acquisition would create an enduring legacy for Mi’kmaw communities. “The Mi’kmaq will be fishing in the waters until the rest of time,” he said Tuesday. “Acquiring Clearwater will have lasting positive impacts on the economics of our Mi’kmaq communities.” However, it still doesn’t resolve the relationship between the Mi’kmaq and Canada, nor does it address the “moderate livelihood” fishery issues.

On the west coast, in Coast Salish territories, an Indigenous-led response to the salmon crisis in the Lower Fraser River is in the works – with the aim of preserving one of the greatest salmon-bearing rivers in the world, now suffering from mismanagement and devastating habitat loss and pollution.

Change is happening on the ground through Indigenous leadership and hard work. Canada, its institutions and its laws need to catch up.