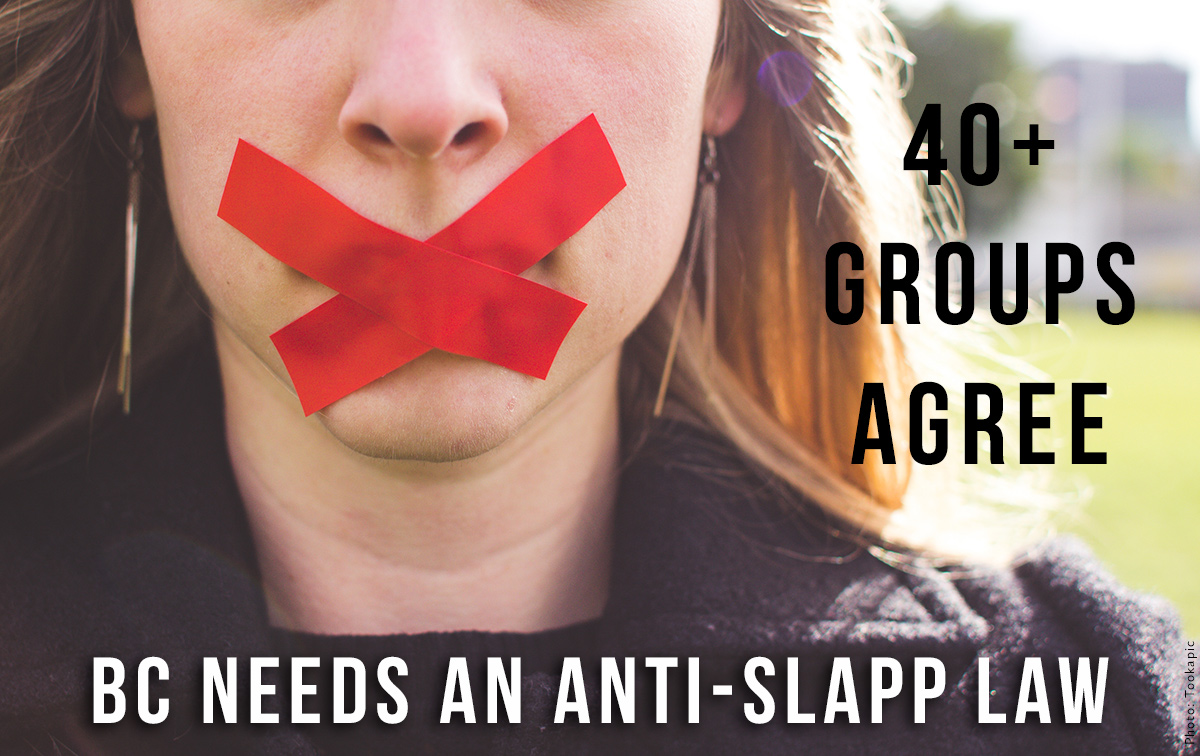 The neighbour of a composting facility is sued by its owner when she complains about odours and pests. An elderly couple arguing that a trail across private property is public receive a threatening letter from a lawyer telling them that they will be sued if they don’t stop talking about the trail. An island resident is sued when she reports illegal beach construction to her local government.

These are all real-life examples of British Columbians who have faced Strategic Lawsuits Against Public Participation, or SLAPPs – an abusive tactic through which powerful actors use the legal process itself to silence and intimidate their opponents.

This week, West Coast joined a diverse group of public interest advocates in welcoming the BC government’s recent commitment to enact an anti-SLAPP law.

Over forty organizations, ranging from the Union of BC Indian Chiefs to Canadian Journalists for Free Expression, signed an open letter to Premier Horgan and Attorney General Eby in support of legislation addressing SLAPP suits. The sheer number of groups and the variety of issues they work on is a testament to the breadth of the SLAPP problem in BC.

SLAPP suits can look quite different from one another on the surface – using many different legal theories and allegations – but they have a few unifying features.

Working as West Coast’s legal aid lawyer, I have seen firsthand the deep toll that SLAPP suits can take. When people or organizations are SLAPPed it is confusing, frightening, silencing. If a corporation drags you to court for speaking out, you may spend years fighting the case, distracting you from the real public issues that the corporation doesn’t want you discussing, and resulting in immense stress on your relationships and your health.

Even if the case never makes it to court, settling SLAPP suits still burdens defendants with financial and emotional costs they can ill afford. In other cases, people silence themselves rather than risk being SLAPPed by a powerful opponent.

We look forward to working with the BC government to develop anti-SLAPP legislation that will protect freedom of speech and public participation in British Columbia’s unique context.

You can join the call to action against SLAPP suits! Sign our petition to tell the government that British Columbians want and need anti-SLAPP legislation for a healthy, flourishing democracy.