What are we going to do about Site C? | West Coast Environmental Law

News & Events » Environmental Law Alert Blog » What are we going to do about Site C?
Back to top

What are we going to do about Site C? 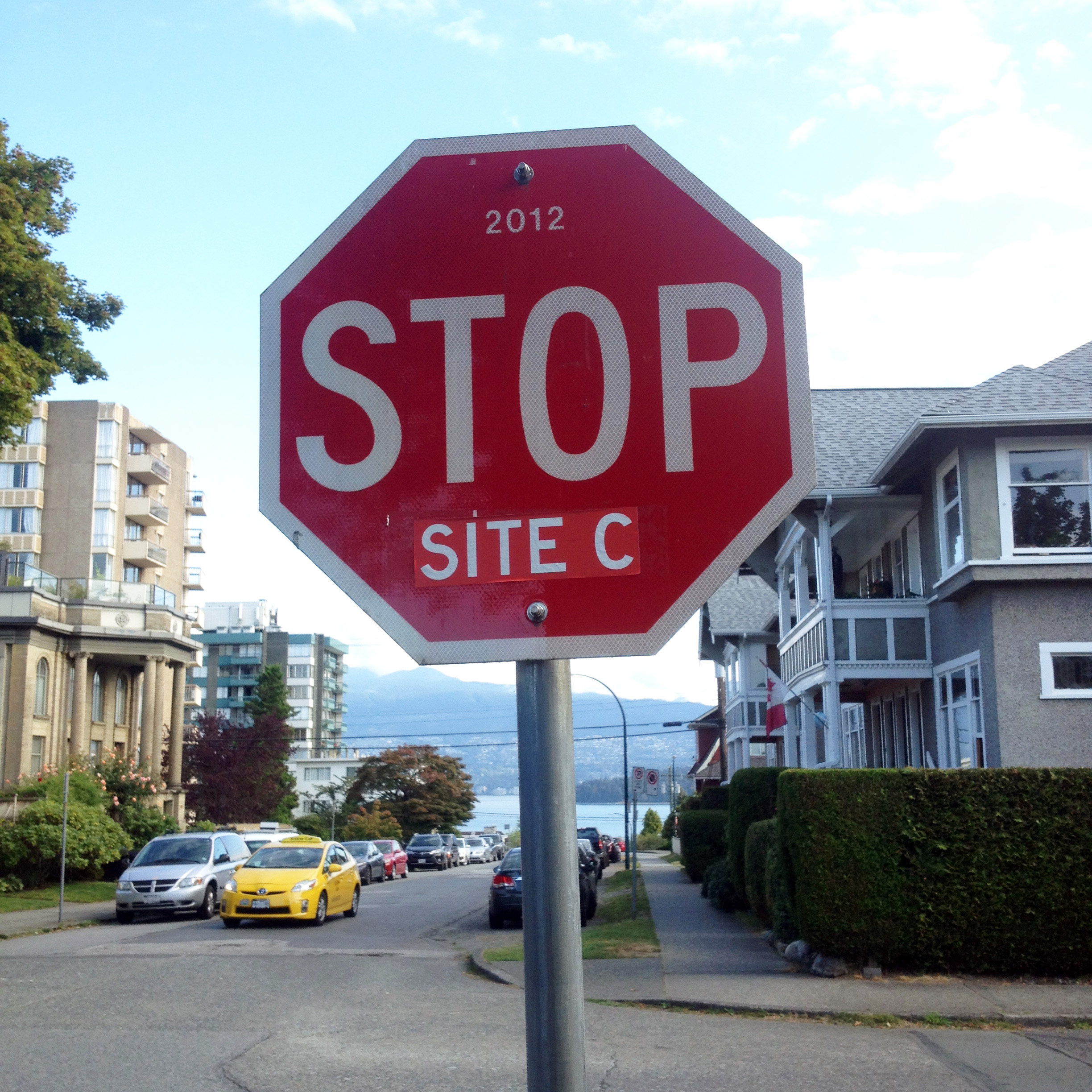 It's the end of the day and our shared office is hot and stuffy. My colleague on the RELAW project, Georgia, asks with all seriousness, “What are we going to do about Site C?”

The end of the day is not a good time for me to dive into the intricacies of monumental problems like the Site C dam in the Peace River Valley, so I bring the conversation to a close.

She lets it go. Maybe Georgia knows this too: the end of the day when we're both tired is not the best time to strategize about such a major issue.

But really. What are we going to do about Site C? What is possible given the BC government’s push to “get 'er done,” to maybe leave a legacy like Wacky Bennett did, living on in the name of a dam? Despite the warnings from the Royal Society of Canada and some 250 scientists and academics, the opinions about “truly awful economics,” and the opposition of First Nations in Treaty 8, BC Hydro forges on, threatening farm land (and all that alluvial soil), river systems, moose and fish habitat. On a deeply personal level, I'm furious – especially when I hear it referred to as “clean” – and here’s why.

The irony of “cheap, clean” electricity

Many years ago I worked for a Victoria law firm that had as one of its major clients a small First Nation who, in the '60s when the Bennett Dam was built, had lost hundreds of square miles of their traditional territory. This territory was known to be the best ungulate breeding ground in North America. They lost their cabins, trap-lines and hunting areas, and their transportation networks on the Finlay River system. Their way of life was destroyed and they were forced to relocate to a new village site, where for years they had no drinking water or even electricity. Thirty years later, they were still working hard to recover from that destruction.

The irony of it: the Tsay Keh Dene (“TKD”) community relied on diesel generators while the rest of us in BC got to have this so-called “cheap” and “clean” electricity.

And then there’s the irony of all that water. They were surrounded by water from the Williston Reservoir but had to truck in drinking water because the water in the reservoir was poisoned by mercury from the submerged and rotting trees.

I would hear people in Vancouver and Victoria referring to hydroelectricity as a clean source of power and was appalled at their not knowing the full story of how much those people paid – and continue to pay – so the rest of us could get this so-called cheap, clean power. I made sure my kids knew about these externalities too, because the truth was, before I started working for the TKD and saw first-hand the damage resulting from this mega project, I had no idea of the struggle and the social costs, the economic injustice, and had never heard of what are now referred to as “sacrifice zones.”

Why had we not learned about the impacts of the dam in school? I would have been in Grade 4 when the flooding for the Bennett Dam began, but I have no recollection of learning this story. Surely if people had known the full story they would not have let such an injustice happen.

While I hadn’t learned the TKD flood story, I made sure my kids did. When they were young and had left their bedroom lights on, I would yell at them in the same fashion my father had done to me, “Get back up there and turn out your light! Do you know who’s paying for that?” When my dad asked that question, he meant that he, a hard-working longshoreman, was paying for that wasted electricity.

So I made sure my kids knew the TKD flood story – and when they were asked who was paying for that wasted electricity, they knew to answer, “The kids in Tsay Keh.”

Here’s another flood story. I learn this one in late July after Georgia and I climb aboard the elders’ bus at Tsawout on Vancouver Island to partake in a storytelling field trip as part of our RELAW (Revitalizing Indigenous Law for Land, Air and Water) work. Our destination is 305 metres above sea level, to LAU,WELNEW, Sencothen for “place of refuge.” LAU,WELNEW(aka Mt. Newton) is the setting for a flood story from 10,000 years ago and reminds me of the Mt. Ararat bible story I'd heard in Sunday School.

As we listen to the story from atop the mountain overlooking the area that would have been flooded, the magnitude of it all strikes me. This would have been a lot of water. The people survived the flood by their preparedness and their ability to make long and sturdy cedar ropes to tie their canoes to the tops of arbutus trees on the summit of LAU,WELNEW.

Our storyteller relays how this flood story has been confirmed through rocks and geographical evidence suggesting an ice blockage on the Fraser River (or what would later become the Fraser River) and how that massive volume of water came up the Saanich Inlet to cover the land all the way to the tops of the trees on this mountain.

When we're back in the bus driving down East Saanich Road, I look up to the top of LAU,WELNEWand again reflect on the volume of water that would have covered this land during that flood. At that point it occurs to me just how much water would be covering Treaty 8/Peace River territory if Site C goes ahead.

This is crazy. It’s like humans playing at being creators or tricksters. The importance of the work is brought home.

Sometimes I feel like we can't do this RELAW work fast enough. The goal of the RELAW program is to support Indigenous communities in the process of revitalizing and putting their own laws into practice, so that they can be applied to defend people and the environment from damaging projects like Site C.

Trudeau has just given the Site C dam his “rubber stamp.” We're puny compared to BC Hydro, and the BC and federal governments. And yet sometimes we feel fortified, energized in our work when we learn of the latest victory – like the approval being overturned for the Northern Gateway pipeline project, or the recent announcement that a new legal non-profit, the Pacific Centre for Environmental Law and Litigation (CELL) will be challenging the permitting process for Site C.

Our hearts and heads are aligned with the work we're doing. Some days, even at the end of the day when I'm tired, I think to myself what a great honour it is to be doing this work and how, even if I won a lottery, I'd still be doing it. That's how much I believe in what we're doing.

What drives me is the belief in a future where the voices of communities like the TKD and Treaty 8 First Nations are truly heard – not drowned out like the valleys they have fought to protect.