What will be on the environmental to-do list of BC’s new ministers? 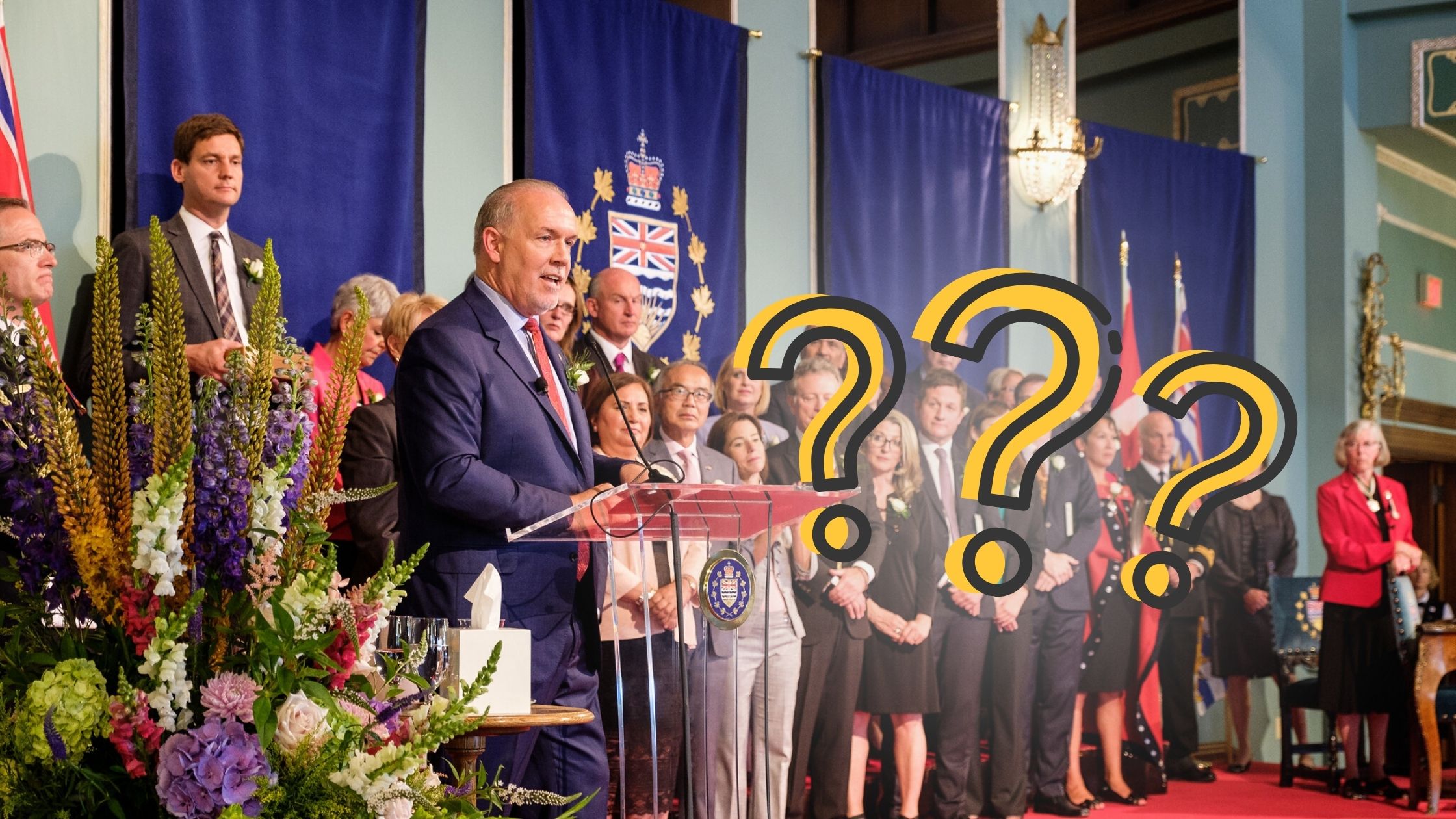 In the coming days, BC Premier John Horgan will appoint his cabinet. For those who are concerned about the environment, climate change and resilient communities, we may pay special attention to who the Premier selects as Minister of Environment and Climate Change Strategy; Minister of Forests, Lands and Natural Resource Operations and Rural Development; and Minister of Energy, Mines and Petroleum Resources; among other portfolios.

But in addition to appointing the ministers, the Premier will be giving each of them their marching orders – instructions about what to prioritize, what they are expected to deliver – in the form of what are called mandate letters. The NDP promised a whole lot in their election platform, but the mandate letters will tell us which promises the Premier has prioritized for implementation, how, and by whom. A number of election promises align closely with priority campaigns of West Coast Environmental Law. Based on our analysis of these issues, here is what West Coast hopes to see in the mandate letters.

The NDP’s election platform promised to legislate a new climate target to reduce greenhouse gas emissions to net-zero by 2050 and to “move forward ambitiously with the next stages of CleanBC.” These are important commitments, and they need to be done right.

In our view, it is important that BC legislate the new “net-zero” by 2050 target while also keeping the existing 2050 target of an 80% reduction. Net-zero emissions refers to the balance between emissions entering and leaving the atmosphere, while the 80% reduction refers to an actual reduction in BC’s emissions.

The two targets measure different things and the 80% reduction target provides an important back-stop against over-reliance on technological solutions aimed at artificially removing carbon dioxide from the atmosphere. Sweden is one country that has adopted a similar two-part target (net zero by 2045, and 85% lower than 1990 levels).

The “next stages of CleanBC” could refer to a number of future initiatives to reduce greenhouse gases in the province. But at a minimum, it must include:

Although there is, of course, more work to be done, these existing requirements are presumably the “next stages” and we urge the Premier to include all three in the Environment Minister’s mandate letter, to be completed early in their mandate.

The BC NDP also made an important commitment when it was asked, “If elected, would your government seek to ensure the companies responsible for producing fossil fuels pay their fair share of [climate change] costs?” In response the BC NDP promised that, “Going forward we will require industry to be bonded for the full cost of environmental damages that are outside their permit conditions and environmental laws and regulations.”

This commitment, which builds on the platform commitment to require bonds for industrial operations that may require remediation, sounds like a proposal for climate risk bonds – bonds to cover the climate change impacts of fossil fuel infrastructure. Climate risk bonds are an important tool in ensuring that taxpayers are not alone in bearing the costs of climate change, and they could be an effective way for the government to take action on this commitment.

Premier Horgan and the BC NDP made several key promises related to the health of lands and ecosystems in BC. We’ve written about a key commitment – implementing the “full slate” of recommendations of the Old Growth Strategic Review (OGSR) – here.

As we discuss, one of the signature recommendations of the OGSR is that BC enact a new, overarching law to establish ecosystem health and biodiversity as priorities across all sectors in British Columbia, similar to the construct of the Declaration on the Rights of Indigenous Peoples Act. To fulfill the pledge to “fully” implement the OGSR we recommend that the mandate letters instruct the Minister of Environment and Climate Change Strategy and the Minister of Forests, Lands, Natural Resource Operations and Rural Development to:

Similarly, in light of commitments to “expand BC parks and protected areas” and to “work with Indigenous Nations as they bring forward a specific proposal for a protected area,” we will be watching for direction to the Minister of Environment and Climate Change Strategy to:

Salmon and watersheds are hugely important to British Columbians, and this was reflected in many of the NDP Platform commitments.

Some examples which we hope will find their way into the mandate letters include promises of “a watershed security strategy,” collaboration with the federal government to “develop new strategies that protect and revitalize BC’s salmon populations,” and increased “protection of fish habitat through our biodiversity strategy.”

We also note the platform commitments to build ongoing relationships with Indigenous nations and to “seek a partnership with the federal government to establish a Watershed Security Fund to fund Indigenous, local and regionally led clean water initiatives and create good, sustainable, local jobs for British Columbians in watershed restoration, monitoring, technology and education.”

To this end, we recommend that the Minister of Environment and Climate Change Strategy:

West Coast Environmental Law, together with the Canadian Parks and Wilderness Society, has been sounding the alarm that coastal ecosystems are at risk, and that the province has no coherent strategy or law for coastal management. As we wrote on our Blueprint for the Coast site:

The BC coast is a global treasure. It makes British Columbia unique, beautiful and abundant. That’s why it’s so hard to believe BC is one of the only coastal jurisdictions in North America without a united plan and law to protect it.

So of course, it was exciting to see the BC NDP’s election promise that:

A re-elected BC NDP government will develop and implement a new provincial coastal strategy – in partnership with First Nations and federal and local governments – to better protect coastal habitat while growing coastal economies. If it is determined that legislation is necessary to implement the strategy, an NDP government will introduce it.

As a priority first step to implement this commitment, we recommend that the government:

The BC NDP platform, in addition to many commitments to work with Indigenous nations, address climate change and protect watersheds, promises to “updat[e] emergency procedures and infrastructure to keep our province safer.” These may seem like distinct commitments, but the area of flood management brings them together – with the potential to work with Indigenous communities to restore watersheds while addressing flood risks made worse by climate change.

We call on Premier Horgan to direct his ministers to:

We also support Premier Horgan’s commitment to create a dedicated Secretariat to ensure that government legislation and policies are consistent with the UN Declaration on the Rights of Indigenous Peoples.

We at West Coast Environmental Law look forward to working with BC’s new cabinet, which ever of our new or returning MLAs the Premier selects. Based on our review of election promises, we believe that there are opportunities to build stronger, more resilient communities and protect our shared natural heritage. But it’s important that the Premier give these new cabinet ministers the right instructions, prioritizing actions that will move us forward as a province.

What do you think should be the government’s top environmental priorities and what would you like to see in the mandate letters? Let us know in the comment section, below.