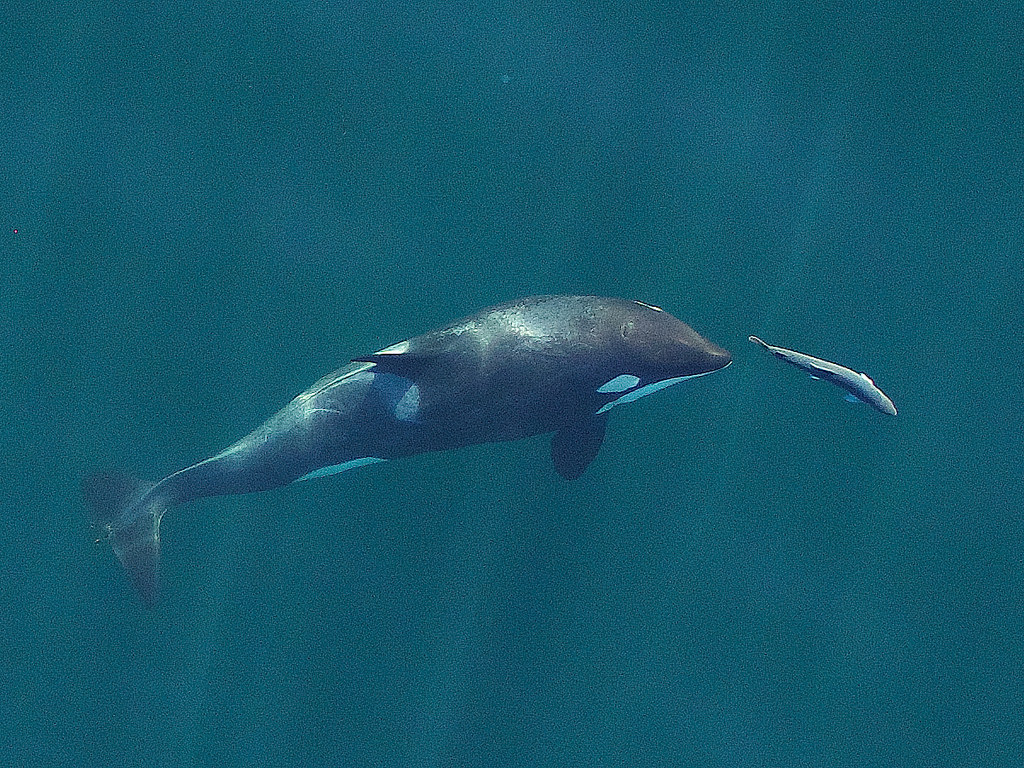 Each year, the number of southern resident killer whales (SRKWs) in the Salish Sea declines, another seemingly doomed species in the age of the Sixth Extinction. Last summer the world grieved a tragic symbol of the decline of this orca population, as SRKW mother J35, also known as Tahlequah, carried her dead calf through the Salish Sea for over two weeks.

Since then, the federal government has introduced a series of measures intended to help save these struggling whales – including a proposal to establish SRKW “sanctuaries” within areas of their critical habitat. But what do these new protections really mean?

To survive, SRKWs need a bold approach. A true whale “sanctuary” should be legally defined as a place where whales exercise new legal rights to personhood.

"There is abundant, unquestionable evidence for personhood for animals," says Lori Marino, one of many scientists who have weighed the evidence. Another is Dalhousie professor Hal Whitehead, who wrote a book about cetaceans’ distinct culture.

“As a matter of law, rights of nature can be done,” says law professor Oliver Houck. The title of David Boyd’s 2017 book sums it up: The Rights of Nature: A Legal Revolution That Could Save the World.

More recently, scientists in the prestigious journal Science echoed this call in their article, “A rights revolution for nature.”

Legal personhood rights would mean that a whale could sue for injury, a court must take injury to the SRKW itself into account, and any legal relief granted must be for the whale’s benefit. These are the three criteria for exercising legal rights that Professor Christopher Stone identified in his classic 1972 book Should Trees Have Standing?

Granting legal personhood rights would increase protection for the whales over and above the protection they have under existing environmental laws, by giving them their own legal voice, to be exercised through a legal guardian. The guardian for the SRKWs could, for example, ask for habitat maintenance and restoration, and could claim and receive compensation for past injuries.

Scientists agree on the main threats the SRKWs face in the increasingly crowded parts of the Salish Sea they call home:

Yet the government has done little to address these real threats. Last fall’s Protecting Marine Mammals report from the Commissioner of Environment and Sustainable Development found that marine protected areas (MPAs) are currently not being used to protect marine mammals from threats posed by commercial fishing and shipping. Commissioner Julie Gelfand testified that Fisheries and Oceans Canada (DFO) was “very slow to take action to reduce threats to marine mammals” despite having several tools at its disposal.

In the case of southern residents, once the federal Environment and Fisheries Ministers concluded last spring that the SRKWs faced “imminent threats to their survival and recovery,” they had an obligation under the Species at Risk Act (SARA) to recommend that Cabinet issue an emergency order to protect the species. An emergency order can identify habitat needed for the survival or recovery of the species; require actions to be taken to protect the species and their habitat; and prohibit activities that may adversely affect the species and their habitat.

But last fall, the Cabinet decided not to make the SARA emergency order. Instead, the government promised to take other actions, including “advancing feasibility work on one or more South Resident Killer Whale sanctuaries within sub-areas of critical habitat the whales use for foraging.”

The proposed new “sanctuaries” are small areas, with nebulous additional protective measures coupled with vague and voluntary “precautionary approaches.” The proposed approach is unenforceable, as it is completely voluntary.

Voluntary measures – such as asking ships to voluntarily slow down to reduce the risks of strikes and noise levels – aren’t enough.

The problem is that the term “sanctuary” has no legal meaning and carries no consequences in Canadian marine mammal protection, marine protected area or endangered species laws. Using the new term without clearly defining it clouds the waters, creating ambiguity around what kinds of protection a sanctuary would afford to the southern residents.

What should a whale sanctuary mean in the age of extinction?

The evolution of the use of the word sanctuary is revealing. A sanctuary refers to a holy place, from the Latin “sanctus” or holy. The use of “sanctuary” as a “place of refuge or protection” began in the 16th century, and broadened to include “land set aside for wild animals to breed and live” in the later part of the 19th century. Royalty decreed game sanctuaries to ensure enough game availability for hunting.

In the past few decades, “whale sanctuary” commonly meant an area free from whaling. The International Whaling Commission designated two whale sanctuaries in the Indian Ocean and the Southern Ocean around Antarctica, both of which prohibit commercial whaling.

Many nations have enacted this ban within their own national legislation, declaring large whale sanctuaries within their waters. Yet surely we can do better than using the word “sanctuary” to mean a place where southern residents are safe from hunting and deliberate killing.

dolphins can live out their lives in their natural habitat. But that doesn’t apply to the 74 remaining wild southern residents.

A 21st century evolution of “sanctuary” could tie it to a place where a species exercises legal rights of personhood.

If the government wants to use the term “sanctuary,” the term needs to be legally defined and entail enforceable consequences. Next-generation sanctuaries based on legally recognized rights of whales to personhood is a potential solution. Using the term sanctuary in this way would represent a sea-change in how the law treats whales.

The cornerstones of the new legal approach would be:

Granting SRKWs legal personhood and the right to sue for damages they suffer, directly or from damage to their habitat, is a natural step in the evolution of their legal rights.

It would not be the first time a killer whale brought a lawsuit, though past suits focused on obtaining release from captivity. In a landmark animal rights case in 2012, five killer whales (acting through their “next friend” PETA) sued for their release from Sea World, arguing that their confinement amounted to involuntary servitude or slavery. The court refused to apply constitutional protections to non-humans in that case.

Despite that result, elsewhere courts are increasingly extending legal rights to animals. This is not a radical idea: a variety of non-humans enjoy legal rights. Under common law, legal personhood has been granted to corporations, trusts, churches, joint ventures and nation-states.

And increasingly rights are granted to land and water, as in the case of the Whanganui River and the former national park of Te Urewara, both in New Zealand. In both cases, legislation formalized the change in legal status and created governing bodies acting as “human faces” for the river and land, mandated to act in accordance with the area’s best interests and Maōri laws.

Lake Erie was also recently granted legal rights, as was Manoomin (wild rice). Indigenous legal traditions are often at the heart of these changes; “legal personhood” can reflect the relationship between an Indigenous group and natural beings – from rivers, mountains, and lakes to Manoomin.

Legal personhood can also be applied to animals. In 2010, a group of whale scientists proposed the Declaration of Rights for Cetaceans: Whales and Dolphins, which recognizes the rights of whales to live and to their habitat. Since then the idea that animals and, indeed, nature, deserves legal rights has been getting a lot of attention – because it’s a different, and potentially revolutionary way to re-imagine our relationship to non-humans in this age of extinction.

Professor David Boyd, now the UN Special Rapporteur on the Right to a Clean Environment, argued that the rights of southern resident killer whales needed to be recognized two years ago. Meanwhile, the US-based Earth Law Center and the Rights of the Salish Sea Project are campaigning for SRKW rights.

Canada’s proposed postage-stamp “sanctuaries” are not real protection for the southern residents. They do not recognize the legal rights of orcas and will not ensure that orcas can continue to exist. In fact, the government seems to be using the word “sanctuary” to camouflage the lack of emergency orders, and the lack of binding and enforceable action needed to protect the SRKWs.

The creation of a new SRKW sanctuary in the transboundary Salish Sea, where the whales could exercise legal rights, is the bold step needed to save these orcas from extinction. Legally defined sanctuaries would allow SRKWs to enforce their rights to forage, breed, and find prey – keeping them free from toxic pollution, acoustic, and physical disturbance. These sanctuaries must be based on what is needed to protect the rights of the iconic southern resident killer whales.