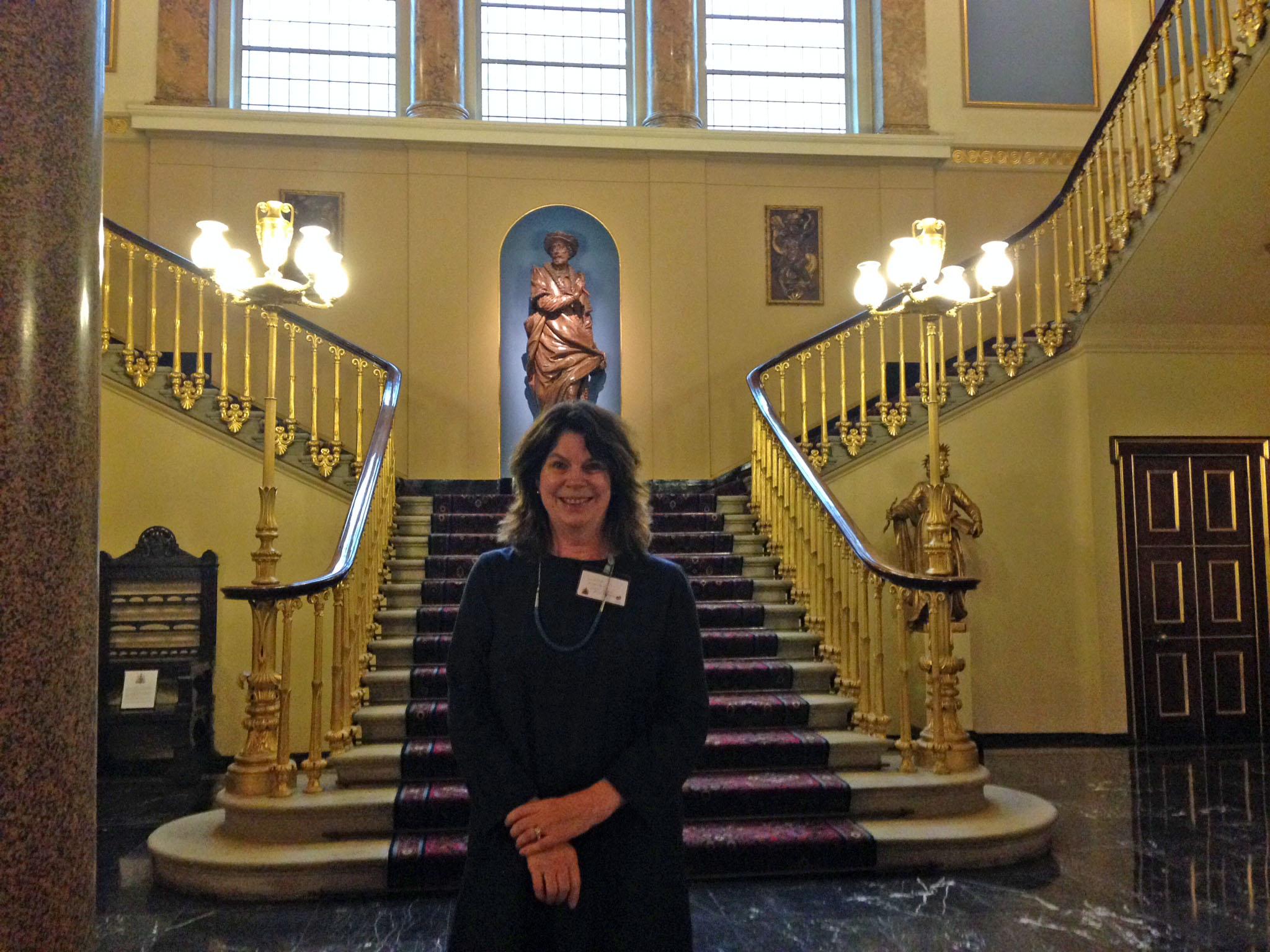 Here I am in the Fishmongers Hall – a historic building in the heart of London, England – honoured to be here for the Best Practices in World Fisheries conference hosted by the Blue Marine Foundation and the Fishmongers' Company, one of the ancient guilds of the City of London.

Paintings of fish, some as large as the men holding them, line the walls of Fishmongers Hall, graphically illustrating the phenomenon of ‘shifting baselines.’ Coined by recently-knighted (!) UBC fisheries professor Dr. Daniel Pauly, the term describes how our perception of what is normal shifts according to our own experiences, not according to the historical record. 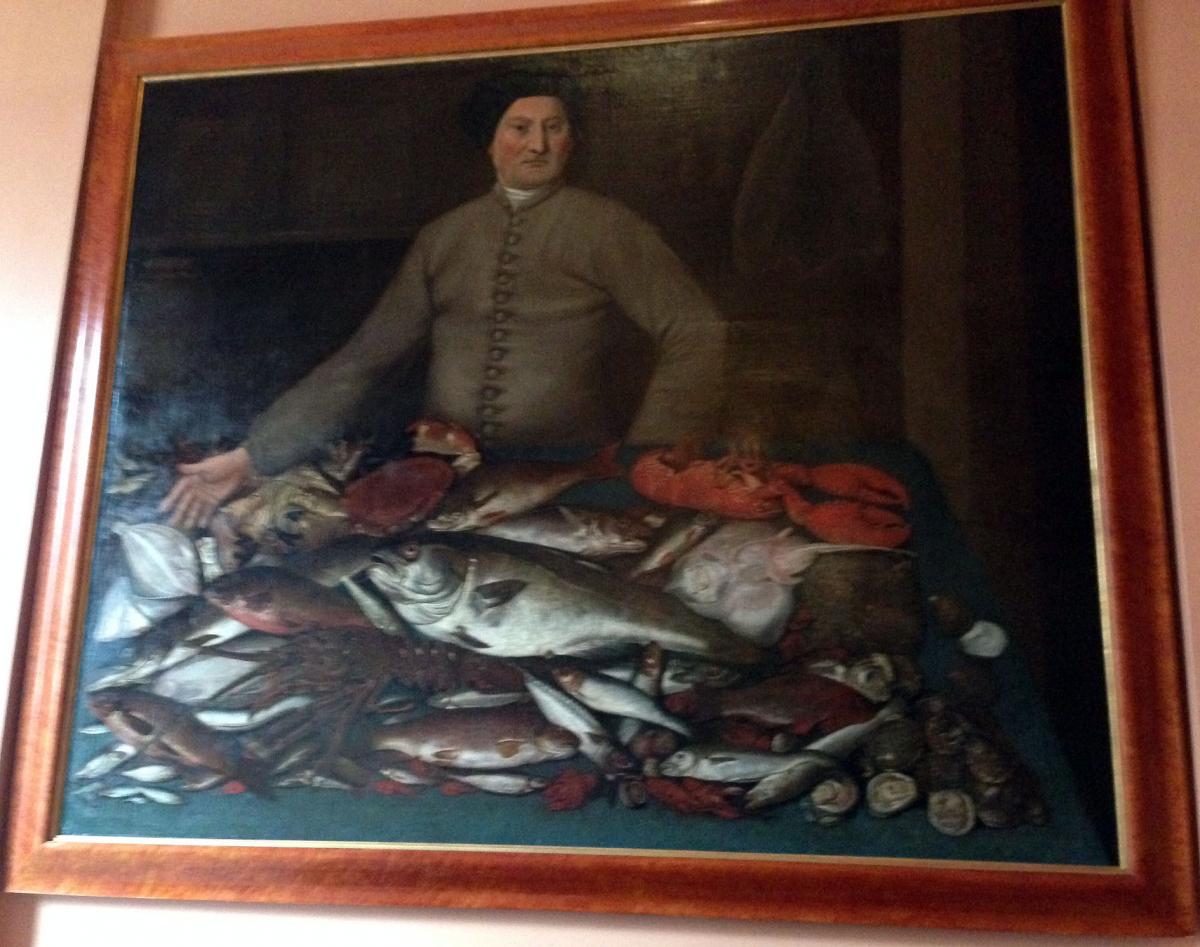 Paintings at the Fishmongers' Hall depict fisheries and scenes from the past. (Photo: Linda Nowlan)

Industrial fisheries, selectively capturing the largest and most valuable individuals from populations, have caused an overall decrease in average sizes of fish. What our grandfathers considered a normal-sized fish, we now consider gargantuan. What we consider a small fish today, our children may well consider large a decade from now.

Just look at this photo titled “Salmon Culling in British Columbia in the 1890s,” and compare it to what you know about salmon fishing today. Author JB MacKinnon writes eloquently about shifting baselines in his superlative book titled The Once and Future World: Nature As It Was, As It Is, As It Could Be.

The paintings remind me that we are getting used to a world without large fish, and that’s a problem. Bigger fish play critical roles in marine ecosystems and are key to sustaining their populations. But it’s not too late to reverse this decline – today’s conference can show us how to restore fish populations through well-drafted and well-enforced fisheries laws. 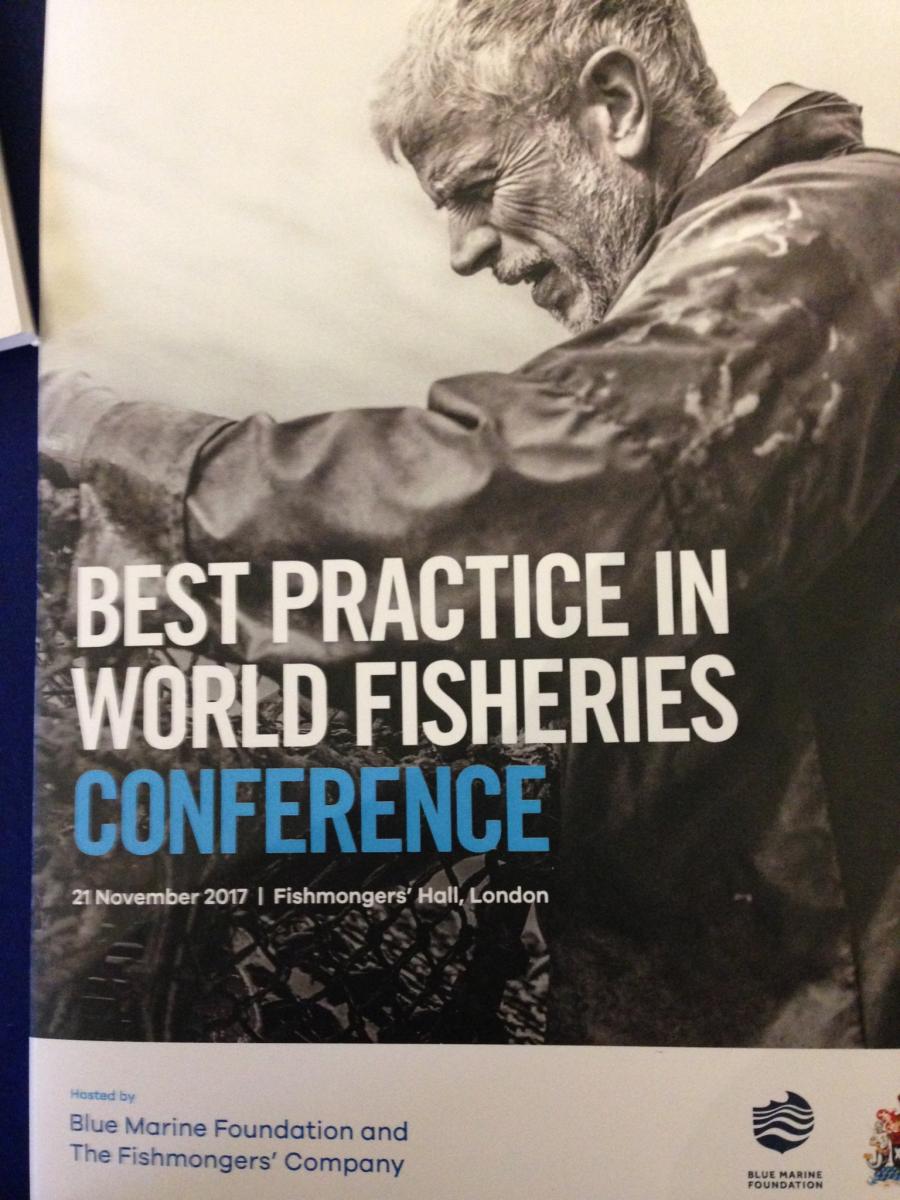 The UK faces a dilemma with Brexit. With the looming separation from the European Union, the government here has pledged to quickly develop and pass a new UK fisheries law. Every crisis presents an opportunity, however, and this may be the moment to incorporate best global practices and thinking into the new law. This is why experts from the USA, Canada, New Zealand, Australia and Norway have been gathered today at this conference.

I’m here to learn how our own comparatively old federal Fisheries Act, now in the process of renewal, can be modernized. Just as in the UK, the time seems ripe for a new "Sustainable" Fisheries Act in Canada.

One topic on the agenda is the need to prevent overfishing and require rebuilding of depleted stocks, in order to meet international legal obligations, imposed by numerous treaties and other agreements.

International obligations under the UN Convention on the Law of the Sea include the following:

And that’s not all: countries like the UK and Canada that have ratified the UN Fish Stocks Agreement and agreed to the FAO Code of Conduct for Responsible Fisheries need to employ the precautionary approach and the ecosystems approach when managing fisheries. These are not just principles, they are legally binding and quite specific obligations to, for example, “determine stock-specific target and limit reference points for exploited fish stocks and shall identify the action to be taken if the reference points are exceeded.” [1]

On top of that, the Biodiversity Treaty signed in 1992 and its 2010 Target 6 on sustainable fisheries, and the more recent 2015 Sustainable Development Goals (especially SDG 14, the Oceans goal) bind Canada and the UK and most nations in the world.

Experts who led the Royal Society Expert Panel on Sustaining Canada’s Marine Biodiversity say that the US fisheries law, the Magnuson–Stevens Fishery Conservation and Management Act provides a good model for Canada. We need a law that is designed to prevent overfishing, rebuild depleted fish stocks, formalize the explicit use of reference points and harvest control rules, and ensure transparency and accountability in fisheries management plans, including those relating to aquaculture.

West Coast’s briefs to the government (here and here) have called for these changes, as have those from our allies at Oceana Canada and the Ecology Action Centre. We want a new Fisheries Act to up the ante on sustainable fisheries.

An excellent starting point is giving effect to international obligations, like the US, the UK, and the other countries at today’s conference have already done. We’re puzzled by the seeming reluctance of the Canadian government to make promises on this point. Oceana Canada agrees that including a duty to rebuild depleted fisheries is the single most important amendment that can be made to modernize the Act – and Canada has already committed to doing so in all the aforementioned treaties.

As stated at today’s conference, “Countries need to build an outcome related to stock status into the fisheries law. What do you want the law to achieve?”

When John Cabot reached the shores of what is now called Newfoundland in 1497, one of his voyagers recorded the abundance they were met with: “the sea there is swarming with fish, which can be taken not only with the net, but in baskets let down with a stone...”

Let’s recall what we’ve lost and work on restoring fisheries. Maybe a Sustainable Fisheries Act with some mandatory duties to take action can get us to realize how our baselines have shifted.