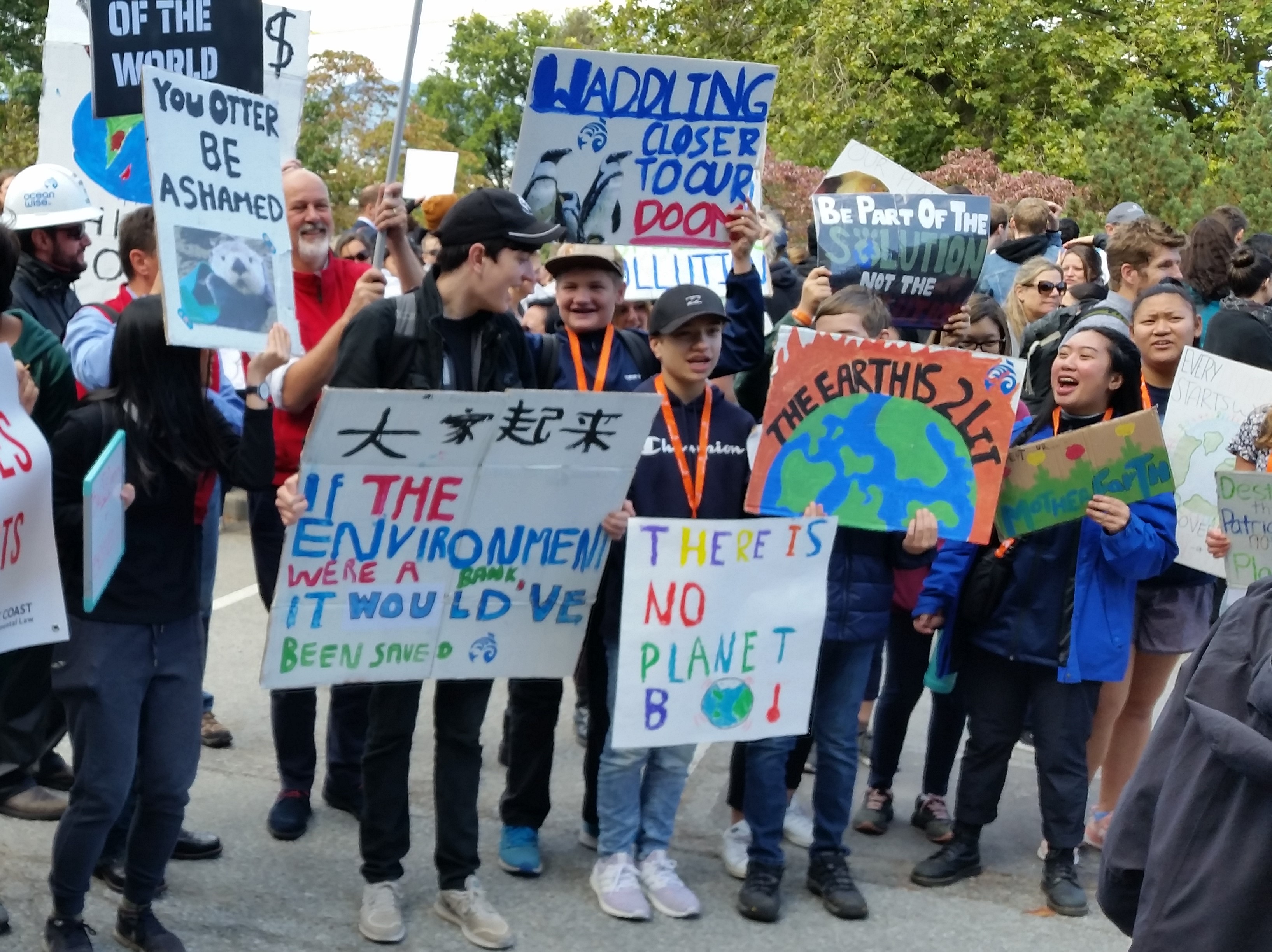 Greta Thunberg may not have received this year's Nobel Peace Prize, but her nomination reflects the work being done by countless youth around the world who have given the climate movement a new moral urgency.

Young leaders – including Indigenous leaders – have been laying the groundwork for climate action for years, but increasingly it seems that the world is willing to listen. With hundreds of thousands of Canadians striking in support of the climate on September 27th, more and more people are talking about climate change as something that needs to be tackled here and now.

But youth are not only striking and turning out in the streets. They are also turning up in court – suing their governments to prioritize their claim to a future over short-term profits. The same sense of urgency, the same demands to act on climate science, are being argued by their lawyers in countries around the world.

A brief history of youth suing about climate change

Kids have been suing for climate action for some years now. The best known, and perhaps best organized, is Juliana v. U.S., or the Youth v. Gov case, filed by 21 youth plaintiffs (aged 12-23 from across the U.S. and in one case from Canada), soon to be a major motion picture. Juliana was filed in 2015, but a similar case, Alec L. v. Gina McCarthy, was originally filed in 2011 (we wrote about it at the time). Our Children’s Trust is a unique environmental law organization that exists to support these and similar lawsuits in the U.S. and around the world.

On the one hand, the phrase "capable of sustaining human life" should not be read to require a plaintiff to allege that governmental action will result in the extinction of humans as a species. On the other hand, acknowledgment of this fundamental right does not transform any minor or even moderate act that contributes to the warming of the planet into a constitutional violation. In this opinion, this Court simply holds that where a complaint alleges governmental action is affirmatively and substantially damaging the climate system in a way that will cause human deaths, shorten human lifespans, result in widespread damage to property, threaten human food sources, and dramatically alter the planet's ecosystem, it states a claim for a due process violation. To hold otherwise would be to say that the Constitution affords no protection against a government's knowing decision to poison the air its citizens breathe or the water its citizens drink. Plaintiffs have adequately alleged infringement of a fundamental right.

Aiken also emphasized, as other courts have done, that governments cannot avoid climate action by arguing that other countries are also emitting – each country needs to do its part.

Ever since Judge Aiken’s ruling, the U.S. government has been engaged in a series of appeals, motions and procedural steps to try to stop the court from proceeding with the case. Currently the parties are waiting for a decision from the Ninth Circuit Court of Appeal on whether Judge Aiken’s hearings can go ahead. But that hasn’t stopped the case from inspiring youth – and lawyers – around the world.

In many ways the Juliana case – which was accompanied by youth-led protests and delegations to elected officials – has also influenced the broader groundswell of youth mobilisation that we’re now seeing outside the courtroom.

At least three Canadian cases have raised the rights of youth in the face of climate change.

The most prominent is the class action lawsuit brought against the Canadian government by the Quebec youth and environment group, Environnement Jeunesse (or En Jeu for short). The case argues that the Canadian Charter of Rights and Freedoms and Quebec’s Charter require the government to protect youth from climate change. Last July a judge of the Superior Court of Quebec refused to allow the case to go ahead as a class action lawsuit, because he did not accept that “youth” were a suitable class to bring a lawsuit. However – and this is important – the judge accepted that the question of whether Canada’s contributions to climate change violate the rights of Canadians is an appropriate and arguable question for the courts to consider. En Jeu has appealed the judge’s decision.

The youth advocacy group, Generation Squeeze, has also been raising the impacts of climate change on youth in Canadian courts – by intervening in the cases brought by Saskatchewan and Ontario against Canada’s carbon pricing law. Generation Squeeze argued that the courts, in ruling on Canada’s powers to fight climate change, must consider the interests of youth and future generations. With both provinces’ courts having upheld the federal price on Carbon, Generation Squeeze is planning to intervene in the appeals now going to the Supreme Court of Canada.

Finally, four climate strikers (one of whom is my daughter), known as Youth Stop TMX, applied to the Federal Court of Appeal for permission to challenge the federal approval of the TransMountain pipeline expansion. They argued that the federal government’s failure to consider the pipeline’s contribution to climate change through a transparent, science-based process violates their rights under the Canadian Charter of Rights and Freedoms. Unfortunately the Federal Court of Appeal judge considering their application ruled that the Charter arguments should have been raised earlier, rejecting the youths’ judicial review. Youth Stop TMX are considering their options.

West Coast is proud to have provided support to both Generation Squeeze and Youth Stop TMX.

Youth climate litigation around the world

Just as youth climate strikes have become a global movement, so too have youth climate lawsuits. Here are several other examples of youth-led climate litigation from around the world:

Just recently Greta and 15 other youth (ages 8 to 17) filed an international complaint to the United Nations Committee on the Rights of the Child complaining that national inaction on climate change by 12 countries is violating their rights as children. Canada has not accepted the jurisdiction of the Committee, so it is not included in this list.

Courts as a platform for youth climate action

Many of the most prominent youth climate activists are uncompromising in their demands and message. For Greta Thunberg there is no balancing the survival of tomorrow’s adults with the economics of today’s:

Interestingly, youth are finding that the courts and other legal avenues provide another venue to reject a slow, incremental approach to addressing climate change and instead insist upon immediate action. The courts, at least in theory, are focused on legal rights – rather than political feasibility.

Climate change is increasingly affecting legal rights and it will affect an even wider range of legal rights over the lifetime of those who are currently children. The climate impacts of fossil fuels burnt today will cause temperature increases in 10 or 20 years time. If we are seeing bad forest fires and floods now, what will they be like in 2029, when my 10-year old son is 20?

Youth are effective litigants for at least one of the same reasons that they are effective public spokespeople for the climate movement – they put a human face on a problem that appears invisible now but will be far worse in the future.

And so youth are expressing their fears and the risks to their lives in legal terms. Outside the courtroom they talk about how climate change is violating their rights to a safe future, to a healthy planet. Inside the courtroom, judges are hearing much the same arguments from their lawyers.

As long as governments delay aggressive climate action, youth are going to continue protesting both in the streets and in the courts. Our Children’s Trust, for one, has signaled that it is exploring further legal actions in Canada, writing that they are:

working with partner lawyers in Canada to assess the best legal avenues for Canadian youth to secure science-based climate recovery planning in Canada. We expect appropriate action will be filed in the near future.

It seems likely that Canada will see more legal challenges asking the courts to affirm that government policies encouraging fossil fuel development and consumption violate the rights of Canada’s youth. 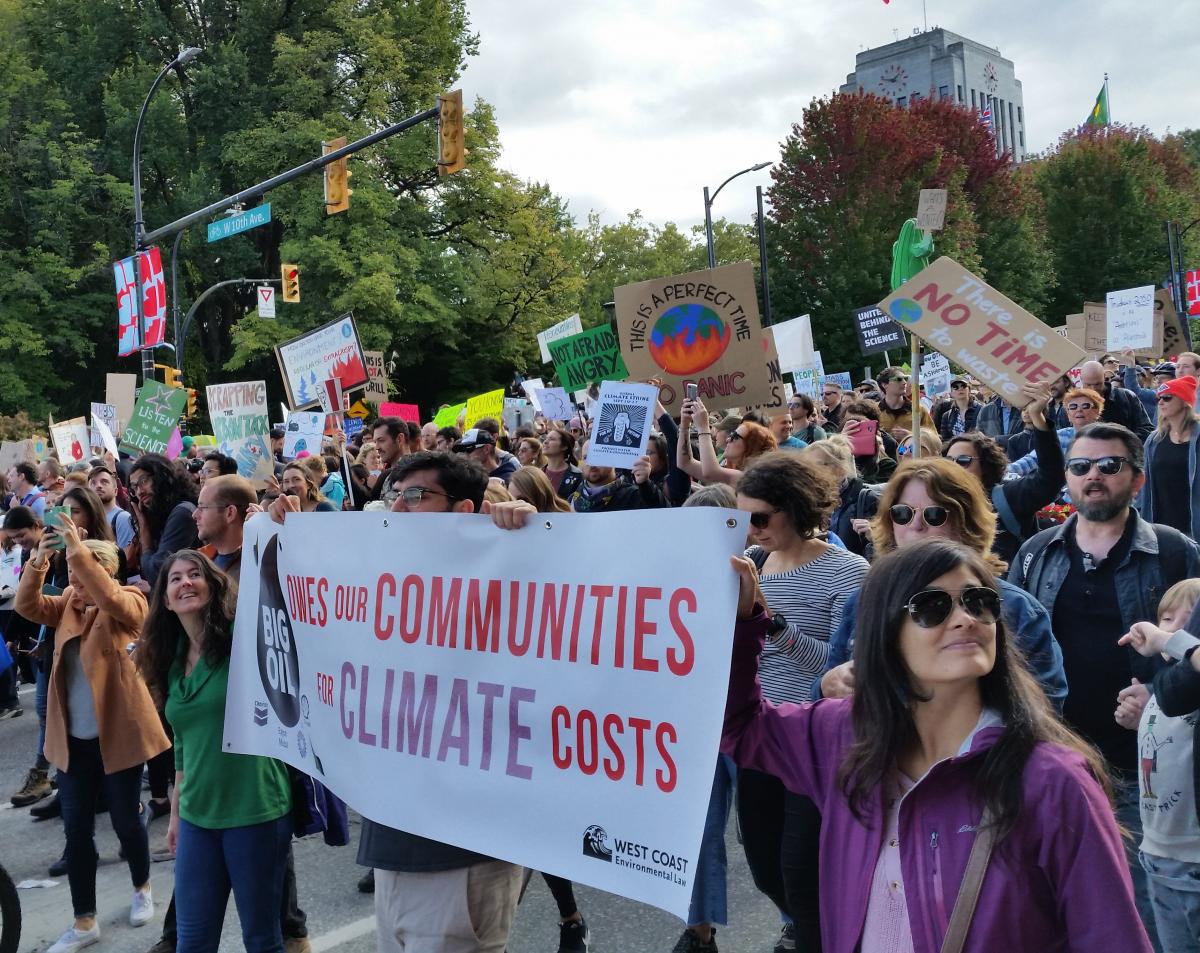 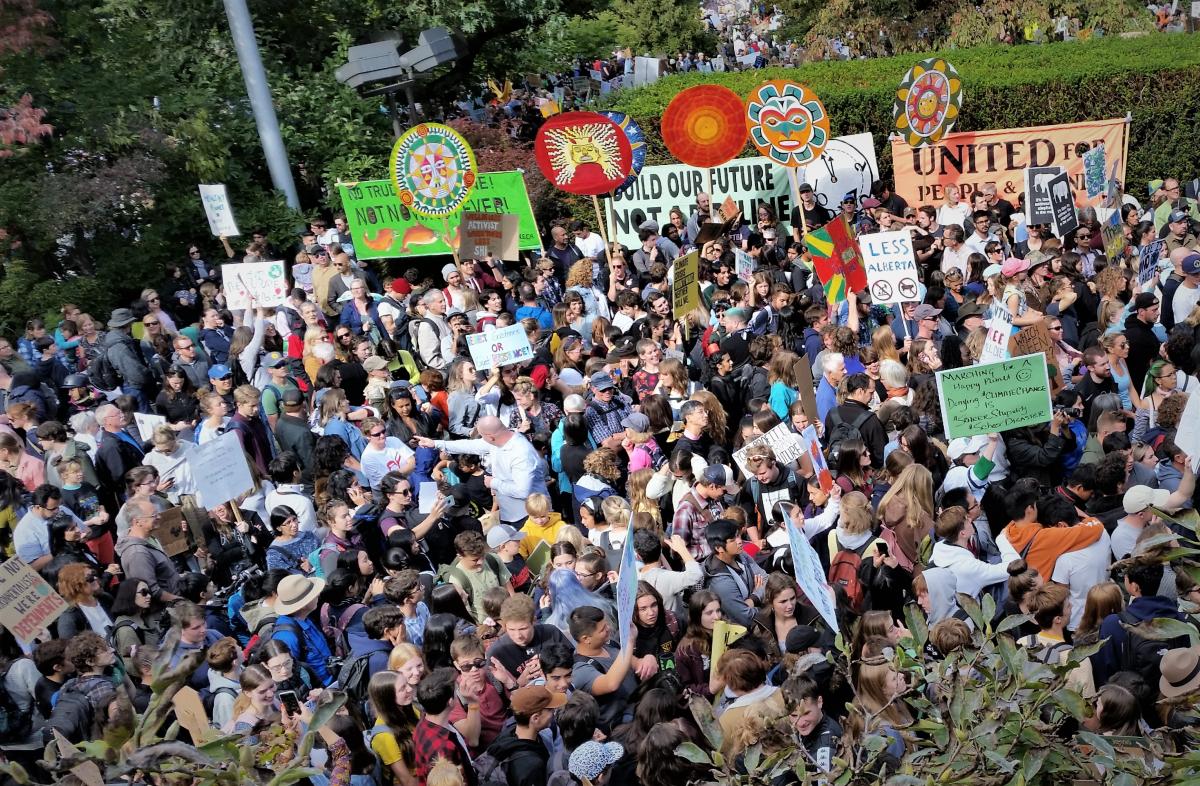