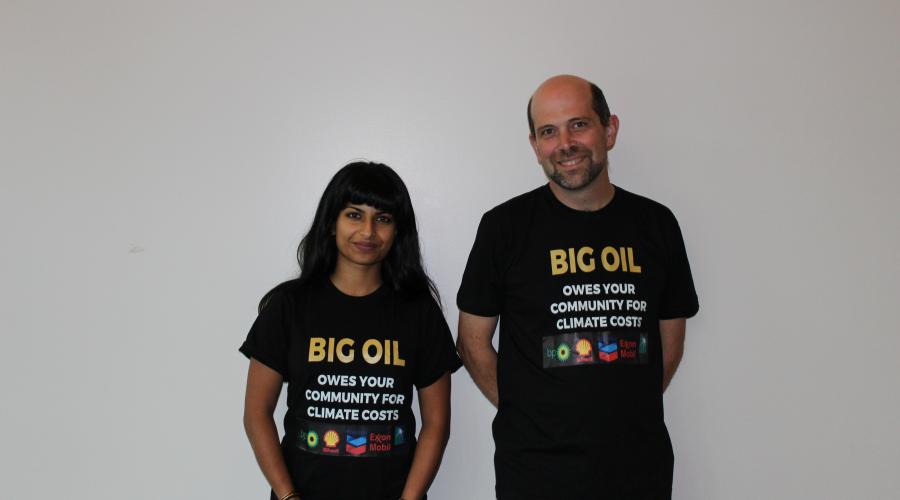 British Columbians are working together to hold the world’s fossil fuel polluters accountable for their role in causing climate harm to our communities. By doing so we can:

How are we holding the fossil fuel industry accountable?

More than 55 organizations from across BC have asked our local governments to take action to hold the fossil fuel industry accountable for local climate harm. Here’s what we’re asking for:

A first step in demanding accountability is realizing that you're entitled to it. The hundreds of billions of dollars of profits that fossil fuel companies expect to make by developing their fossil fuel reserves are only possible if our communities – and others – pay for the inevitable consequences. A simple letter from a community reminding fossil fuel companies that there are consequences to their climate-destroying business model, and that they will need to pay their fair share, is a first step in shifting that conversation.

BC’s local governments are ideally placed to come together in a joint lawsuit to claim compensation for the costs of preparing for climate change. By filing a class action lawsuit in the BC Supreme Court, British Columbians can defend our communities and our global atmosphere, sending an international message to the world’s fossil fuel polluters.

Three decades of climate negotiations have not helped the world avoid dangerous climate change. This is because there’s an almost complete disconnect between those who profit from the fossil fuel economy and those who suffer from it. As long as companies, investors and governments can make more money by ignoring climate change than by dealing with it, we will not be able to build a new, sustainable economy.

British Columbians can defend our communities by demanding that fossil fuel companies take responsibility for their fair share of the world’s climate-changing pollution.